With millions of acres of national park land, state and municipal parks, and private campgrounds, camping has been a popular recreational activity for generations. Of course, in previous centuries, “camping” was more about survival—from explorers and pioneers to hunters and fur traders, staying in the wild was simply a way of life. Camping for entertainment became popular around 1869 with the publication of Adventures in the Wilderness; Or, Camp-Life in the Adirondacks by William H.H. Murray. More camping guides followed, as did equipment designed to make the camping experience more fun and comfortable.

In 1904, a basic RV was hand-built onto a car. It included bunks, lighting, and an icebox. Eleven years later, the first fully-decked-out motor home was created out of a bus, changing how Americans vacation. In 1915, Roland Conklin’s Gas-Electric Motor Bus Company developed a brand-new vehicle called the “Gypsy Van.” The double-decker vehicle was 25 feet (7.6 meters) long, weighed eight tons, and was equipped with all the conveniences of the day. Taking it on its first cross-country journey, the Conklin family stopped along the way to share the wonders of the van with the public and the media.

In the century that followed, the camping craze grew with new vehicles and improved gear. But while camping offers vast opportunities for exploration and pleasure, it does have its dark side. Enjoying the wilderness in complete privacy can set people up as potential victims. Even staying in a dedicated park with other people around is not always enough to keep out predators.

Here is a list of 10 horrific crimes committed against campers.

# A Family Gone in Iowa

On July 22, 2022, a brutal triple murder made national headlines and reminded the public of the dangers of camping. Four members of the Schmidt family were vacationing at the Maquoketa Caves State Campground in Iowa when they crossed paths with a vicious killer. The two adults—both 42—and their six-year-old daughter were found dead in their tent. Their nine-year-old son was the only survivor. Initial reports said the victims had been shot. Autopsies later reported they had been shot, stabbed-, and strangled.

Authorities now say the killer was Anthony Sherwin, age 23. Sherwin, who had no prior criminal record, had also been staying in the campground with his own parents. After the bodies were discovered, the campground was evacuated, but Sherwin couldn’t be located. During a subsequent search, his body was found in a wooded area outside the campground. He had committed suicide. Although police say they have indications of a motive, they have not released further details.[1] 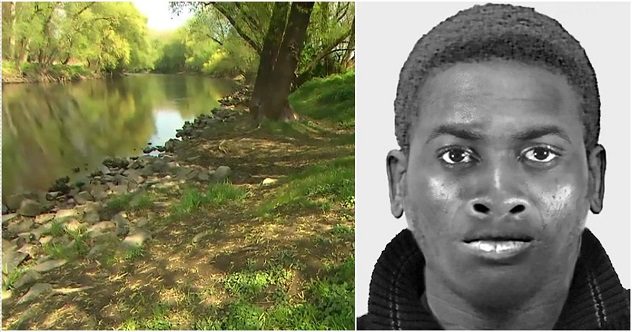 Tent camping is a popular activity not only in the United States but also in other countries, and the dangers remain the same. But murder is not the only brutal crime committed against those campers. On April 2, 2017, two adults camping in the Siegaue Nature Preserve in Germany were attacked while sleeping in their tent. The attacker, 31-year-old Eric “X” (the last name not released), cut open their tent and dragged the 23-year-old woman out. Holding a saw to her throat, he brutally raped her while her 26-year-old companion helplessly looked on.

The woman survived the rape, and the suspect was eventually caught. Although the suspect denied the attack, his DNA was found at the scene and on the victim. He was convicted and sentenced to 11 years and 6 months in prison.

An interesting footnote in the case: In February 2018, Erik X tried to commit suicide. He set fire to his bedding in his jail cell and suffered severe burns.[2]

Just because someone lives in an RV and is not camping in a tent outdoors does not always mean they are safe. A more permanent-style of living in an RV community might provide a bit more security, but it is not always enough to stop a determined killer, as illustrated by the murder of Mitchell Bradford Ingle. Ingle had been living in his RV at a campground in Golden, Colorado, when he crossed paths with Austin Jeffery Boutain and his wife, Kathleen Elizabeth Rose Boutain. After the Boutains were arrested for a deadly carjacking in Utah, police contacted the Colorado authorities because a vehicle belonging to Ingle was involved in their case. They asked local law enforcement to do a welfare check on Ingle, who was found dead in his RV.

The Boutains both pleaded guilty to the Colorado murder. They claimed they had befriended Ingle, who invited them into his RV. When the 63-year-old purportedly proposed they all have sex, Austin Boutain took offense and later shot the man with a crossbow, hitting him in the wrist. He then succeeded in murdering Ingle by slitting his throat.[3]

7 When Money Leads to Murder

Ingle is not the only person killed during an altercation in an RV park. On May 20, 2022, an argument over money and a damaged bicycle led to murder in a Las Vegas RV park. Charles Meeks, 55, was charged with murdering Kevin Dodson, age 61, over a rent dispute.

Police say Meeks claimed he was kicked out of the victim’s RV even though he had paid rent. The men argued over that and over a bicycle that Meeks claimed Dodson had damaged. After pepper-spraying the other man, Meeks pulled out a knife and stabbed him multiple times. Dodson later died at the hospital.[4]

Another murder victim was also killed in the relative safety of an RV community. On May 26, 2020, 41-year-old Micah Harrington was murdered at a Biloxi, Mississippi, RV park. His badly mutilated body was found outside the on-site laundromat. He had been stabbed and partially dismembered in the attack, and park residents described the scene as “a blood bath.”

Clint Barrett Brower, 41, was charged with murdering Harrington. Brower was another resident of the Mazalea Travel Park. A family member said the two men had once been friends. Although authorities have not revealed a suspected motive, the defense attorney for the accused has stated that his client suffers from mental illness and believed people were trying to kill him.[5]

5 The Killer Is in the House

Sometimes, it is not an acquaintance who poses the greatest danger; it is someone much closer. One family—a mother, father, and their 13-year-old daughter—learned this in a deadly way on September 16, 2021. Fifteen-year-old William Quince Colburn III of Arkansas Pass, Texas, began to share graphic images of his dead family members on Discord, a social media app. The posts were accompanied by threats that he wanted to continue his violent rampage at a school.

When officers went to the Arkansas Oaks RV Resort in Ingleside to investigate, the teen refused to come out. Moments later, a shot was heard. Inside, officers found Colburn dead from a self-inflicted gunshot. Also in the RV were the bodies of his mother, father, and sister, along with two family dogs. [6]

Camping with a close friend sounds like a great sendoff before the start of a military career. Unfortunately for 20-year-old Trevor Holminski, the camping trip ended in a brutal murder. Holminski, an avid outdoorsman, had recently been accepted into the Marine Corps and decided to spend a weekend in the wilderness with his best friend, Sheldon Steward. But something went very wrong during that campout on August 22, 2015. As firefighters battled a brush fire at Bucks Lake in California, they discovered Steward, slashed, bloody, and nearly unconscious. He blamed Holminski, claiming his friend had attacked him after they had done LSD… and after Steward rejected Holminski’s romantic advances.

After they found a burned corpse at the site of the fire, police intensified their search for Holminski, wondering if he had attacked his friend and then murdered someone else. But they were also growing more suspicious of Steward because parts of his story did not make sense. Discovering it was actually Holminski’s body found in the fire, they took a much harder look at Steward’s story. His wounds appeared too minor for a murderous fight, and he eventually admitted some of them were self-inflicted. Finally, he admitted he had killed his friend because Holminski had asked him to “put him out of his misery.”

Although no one knows exactly what happened during that drug-fueled night, Steward was convicted of first-degree murder and arson.[7]

On July 15, 2022, a young couple enjoying a campout on Marinduque Island in the Philippines became victims of a brutal crime. The campers, “Lyn” (false name) and her boyfriend, were in their tent when a stranger attacked. The masked intruder stabbed the 21-year-old male. Although she tried to escape, the 17-year-old woman was subdued and raped by the assailant. He went on to both strangle her and stab her in the back, yet she survived. Unfortunately, her male companion did not.

A one million peso reward has been offered for information in the case, but to date, no suspect has been arrested.[8] 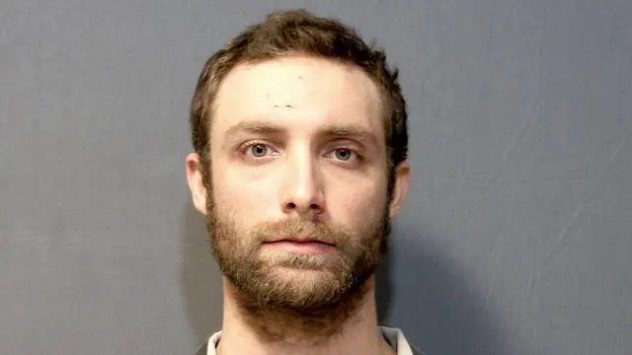 Domestic violence is a serious problem in the United States, where statistics say nearly 20 people are physically abused by a partner every single minute. Sometimes these abuses end in murder, which is exactly what happened on February 3, 2021, at the Shady Creek RV and Park Resort in Michigan. After receiving reports of a possible shooting, police responded to the resort and found a 35-year-old woman, Joy Dawn Boswell, who had been shot in the face. A short time later, police spotted a man covered in blood walking on a nearby road and brought him in for questioning. Boswell died in the hospital, and her boyfriend, Austin Taylor Lucas, was charged with a crime. Surveillance video from a gas station showed the pair arguing and Lucas holding a handgun.

After pleading no contest to second-degree murder and felony firearms charges, Lucas was scheduled to serve 15-25 years in prison.[9]

Some tragic crimes are combinations of family trauma and sheer misfortune. In 2021, a father was killed by his son, and an elderly couple lost their lives merely by stepping into the path of a getaway vehicle. On June 19, Oen Evan Nicholson allegedly killed his 83-year-old father, Charles Simms Nicholson. Leaving the body in an RV at Oregon’s Mill Casino RV lot, the accused killer allegedly stole his father’s truck and drove away, running over a couple in the parking lot. Anthony Oyster of Pensacola, 74, died on site. His wife, Linda, survived the incident but died a few weeks later in the hospital. After running down the elderly couple, Nicholson also allegedly killed a woman at a marijuana dispensary.

Ditching the stolen truck, Nicholson then used a gun to force an acquaintance to help him get away. During the 33-hour drive, the woman, Laura Johnson of Oregon, convinced him to turn himself in. Nicholson did so and was eventually extradited back to Oregon to face charges.[10]

Top 10 US Airline Hijackings of the Sixties