Whether you are a believer or not, it is a fact that Unidentified Objects or Anomalous Aerial Phenomena, are seen and have been seen since ancient times in the earth’s atmosphere. When it comes to sightings of UFO’s, pilots and other aviation professionals are partial to using less stigma-inducing words like “balloon, unknown traffic, unidentified object, traffic, or unknown aircraft” when they are interviewed after having seen something odd during a flight. The most mysterious and thought provoking UFO sightings, are those not only witnessed by several people, but also confirmed by radar. These accounts can never fully be explained and they continue to be real for all the witnesses involved. 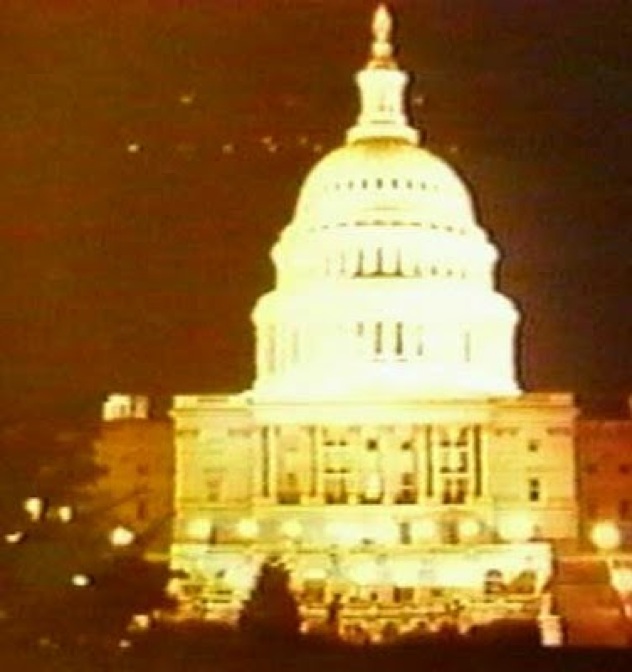 From 12 to 29 July 1952, a series of sightings took place in Washington. One of the most publicized events took place on the 19th. On that evening, an air traffic controller at Washington National Airport detected seven unidentified objects on his radar screen. His superior immediately verified that the instrumentation wasn’t faulty. Moments later a controller at another facility also confirmed the objects, but he also saw “a bright orange light”, while yet another controller confirmed an orange disc hovering above the airport. At that point the radarscope lit up with even more objects and the controllers phoned Andrews Air Force Base. Tracked by the air force as well as the other radar centers fighter jets was scrambled. Some fighters reported that they saw “white glows” or lights (one even engaged them) while others reported nothing unusual. The Air Force’s “false radar readings caused by a temperature inversion” excuse failed to impress as the objects were also seen by hundreds of eyewitnesses and as such, speculation continues to this day.

In March 2004, the crew of a military surveillance plane busy with a routine anti-drug trafficking surveillance flight caught sight of three unidentified objects on their radar. As they couldn’t see anything with the naked eye in the area where the objects were supposed to be, they turned on their infra-red camera to track them. For the next 30 minutes, they recorded 11 unidentified objects moving through the sky at a very high pace. One of the objects also seemed to divide or separate into two different objects. After chasing them, there were a few tense moments when the radar confirmed the objects had surrounded them. In a completely uncharacteristic move, the Mexican government released all the details of the event and they provided the crew, footage and the Head of the Mexican Air Force for examination and questioning by the world’s media. 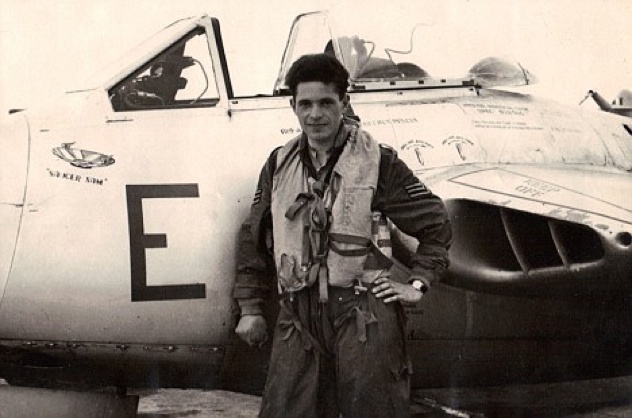 In 1952, Flight Sergeant Roland Hughes was returning to his base from a training mission when a “gleaming silver, metallic disc” started following him. The Sergeant later described the disc to be shiny, highly reflective and about the size of a Lancaster bomber. The disc descended towards him and even traveled alongside him before it sped off at an incredible speed. The object was caught by the RAF radars; the controllers confirmed that the object traveled at speeds impossible for any of the aircraft of the time. Six days later, Hughes was sent to West Germany to give his official account of what happened to senior RAF officers and the aviation Minister. The minister was so convinced, that he briefed civil servants on the matter. After the sighting, Hughes was nicknamed “Saucer Sam” and his colleagues decorated his jet with a painted flying saucer. According to his family, Hughes never spoke about the incident unless he was asked to do so.

In an incident that is awash with conspiracy theories; NORAD and the Air National Guard picked up an unknown object that entered Washington’s restricted flying zone on 26 July 2002. As the object’s track caused concern, F-16’s were scrambled to intercept the object but the pilots claimed that they saw nothing when they arrived on the scene—the object also disappeared from radar. At the same time in Maryland several witnesses saw a fast-moving bright blue light in the sky; the witnesses also said they saw jets pursuing it at high speed. According to NORAD, that was all that transpired and they view the matter as closed. But, according to the witnesses more than 2 jets were in the air which indicated that the scramble was unique; one dipped its wings on approach as if to communicate with the unknown object and they also claim that the jets trailed the unknown object but the object flew too fast for the jets to keep up. The event featured on FOX news as well as the Washington Post. 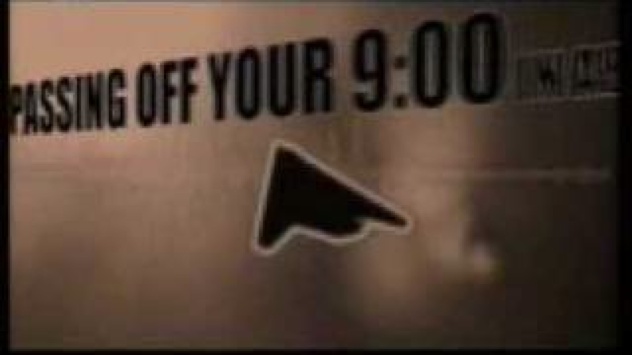 On the evening of May 25, 1995 America West Flight 564 was flying at an altitude of about 39,000 ft close to Bovina, Texas. While observing lightning outside the plane, the attendant noticed a peculiar set of flickering lights a little bit below the 757. The First Officer was alerted to the phenomena, he immediately saw the lights which he described as eight bright blue strobes. As the rest of the flight crew watched the flashing lights, they could discern the object as being cigar-shaped. The pilots estimated it to be between 300 and 400 ft long. The object could not be seen on the FAA’s radar. The following day the controllers checked with NORAD and discovered that they tracked an unknown object the previous evening that appeared to be stationary, but would accelerate and stop time and time again at high speeds. These quick sprints were estimated between 1,000 and 1,400 mph. The object was also seen by a US Air Force pilot manning an EF 111A. To date, the incident remains unsolved.

A series of sightings occurred in 1978 above the Kaikoura Mountain Ranges of New Zealand. On the 21st of December, a flight crew observed strange lights around their aircraft which appeared to be tracking them, the objects were picked up by air traffic control in Wellington and Christchurch as well as the aircraft’s on-board radar. On the 30th, a television crew from Australia filmed the mysterious objects on their way to Christchurch; once again the objects were tracked by radar in both Christchurch and Wellington. They also encountered a massive lighted orb which tracked them for almost 15 minutes. The orb was filmed, watched and tracked by radar. After the sightings, the Royal New Zealand Air Force, police and Carter Observatory joined forces in the investigation of the matter—its results were lodged in Wellington’s national Archives. The Ministry of Defense claimed the lights were unburned meteors, squid boat lights or the planet Venus.

Mysteriously, and creepily, two months earlier Frederick Valentich was flying a light aircraft off the coast of Australia when he reported seeing lights of a similar nature and ultimately—via radio—said: “It is hovering and it’s not an aircraft . . . ” After seventeen seconds of a metallic scraping sound the radio went dead. Valentich and his aircraft vanished into thin air. A time lapse camera was running 20 minutes earlier on a nearby beach to photograph the sunset. When the film was developed it captured a large object rapidly exiting the sea and moving into the sky at a rapid pace. 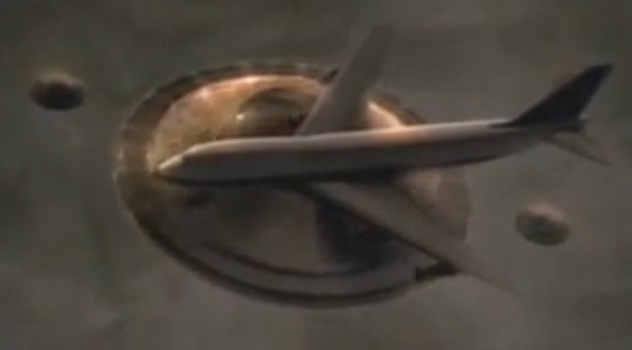 On the 17th of November 1986 the entire crew of a Japanese cargo plane noticed two unidentified objects to their left in the air above Alaska. The two objects followed the cargo plane so closely that the crew at one stage even felt the warmth of the objects’ light on their faces. The first two objects dropped away when a third, larger unidentified object arrived; at which point in time the pilots requested a change of course. The FAA noticed the objects on their radar and gave the crew a directive to evade the unidentified crafts, but even after making many distinct turns and dropping over 4,000 feet the object continued to trail the cargo plane for 400 miles. On the 19th of November the crew was interviewed by the FAA who concluded that the crew was rational, normal and professional. During the same year, the pilot was grounded and moved to a desk job after he confirmed the crew saw UFO’s during a press interview. The unidentified object was also seen by a US Air Force jet on January 30th, 1987.

On January 8, 2008, dozens of residents in Stephenville saw a massive object in the sky above their town. Some said it was a big as a football field, while others said it was nearly a mile long, very similar to the mass sighting in Phoenix during 1997. Several witnesses claimed that the object moved extremely fast. Some of the witnesses (of which one is a private pilot) believed that military aircraft chased the object and that it turned around and traveled back to the direction where it originally appeared from as they spotted F-16’s in pursuit. The story was covered by CNN’s Larry King in the days after the event. After almost two weeks, after denying any aircraft were operational in the area, The US Air Force did an 180? and now claimed they were conducting training flights in the area that involved 10 fighter jets. That might have been the end of the rumors had it not been for the very detailed radar report obtained from the FAA which clearly showed a very large object in the sky tailed by the jets at the exact time witnesses claimed they were seeing the unidentified object.

On the evening of the 30th and 31st of March 1990, the Control Reporting Center (CRC) at Glons radar-confirmed triangular objects in the sky above Belgium after having received various reports of unusual lights as bright as stars that changed color. After receiving a second radar confirmation, two F-16 jets were scrambled to intercept. For more than an hour the F-16’s tried to intercept; on three occasions they even obtained radar lock but every time the objects would change their position or accelerate so fast that the locks were broken. During the first radar-lock, the object accelerated from 150 m p/h to more than 1 100 m p/h while changing altitude from 9,000 ft to 5,000 ft and back up to 11,000 ft in less than 2 seconds. These changes in altitude at the speeds reported would have been fatal to any human pilot. During the whole time, more than 13,000 people witnessed the unfolding drama from the ground. After a little more than an hour, the objects disappeared from the various radar screens and the F-16’s returned to base.

In August 1956, radar at Bentwaters and Lakenheath Air Force Base picked up targets that displayed erratic behavior. Individual and groupings of objects moved across the skies above. Some performed amazing aerobatic feats – displaying capabilities beyond that of any known aircraft. The radar images were corroborated by sightings from the ground and the air, even by a pilot in a C-47 who saw an object passing directly underneath his plane. As Lakenheath informed the RAF Station at Wimbledon fighters were sent up. As amazed personnel watched their radar screens, one pilot tried to engage an object and somehow got outmaneuvered—with the object ending up behind it. The pilot attempted to shake the unidentified object by every means possible but it stayed on his tail. The event is unique as it was witnessed by military personnel and corroborated by several military radar stations. The conclusion of the Condon Committee (who usually concluded that UFO’s were mere natural phenomena) stating that “the probability that at least one genuine UFO was involved appears to be fairly high” have added fuel to the fire through the decades, making it one of the most compelling incidents in our history.