Research can get a little… boring. But every now and again, a challenge comes along that cannot be solved with run-of-the-mill experiments. That’s when scientists get creative and, daresay, a little weird. From teaching fish to drive (on land) to peeing on crops, here are some of the strangest quests researchers have embarked on!

What Makes Someone Creepy?

What makes someone creepy? In 2016, a team of psychologists pondered this important question. Their goal was to draft a list of traits that could identify someone as an unsettling weirdo. To understand what people find creepy, the study interviewed 1,342 volunteers and asked them what made their skin crawl when meeting a stranger. Some of their answers were unexpected.

Sure, the participants found others creepy when there was an element of physical danger or when the people worked as clowns or looked unkempt. But other traits were more random. People who collect dolls, insects, or reptiles also made the list. Bird-watchers too. Laughing unexpectedly, smiling strangely, or licking your lips frequently can also make others want to keep their distance.[1]

When thinking about physics mysteries, a person might expect quantum stuff, invisible influences, and perhaps a particle or two. But some physicists wonder about nutty snacks. More specifically, why do large nuts, like Brazil nuts, always find their way to the top of the packet? Shouldn’t the heaviest nuts work their way down instead?

In 2021, scientists gave a bag of nuts a couple of good shakes. After each shake, the packet was scanned to get a 3D view of the contents. Incredibly, this revealed that size or weight had nothing to do with Brazil nuts rising to the top.

It’s their orientation. When a packet moves, say, while it’s being transported to a shop, the horizontal Brazil nuts eventually point upward (it took the scientists 50 shakes to achieve this). This provides more space for smaller nuts to consistently move downward and force the larger nuts up.[2]

How Blind People See With Sound… with @MollyBurkeOfficial!

Researchers have known for a while that a small group of people can echolocate. In other words, they use tongue clicks or finger snaps—and not sight—to find their way around. But could this skill be taught to others, and how long would it take? The answer was surprising.

This study, which was published in 2021, discovered that both legally blind individuals and sighted people could be taught within 10 weeks to navigate with echolocation. Not only could they move around in a maze, but by interpreting the echoes that came back from their clicks, the volunteers could also recognize the orientation and size of objects inside the maze.[3] 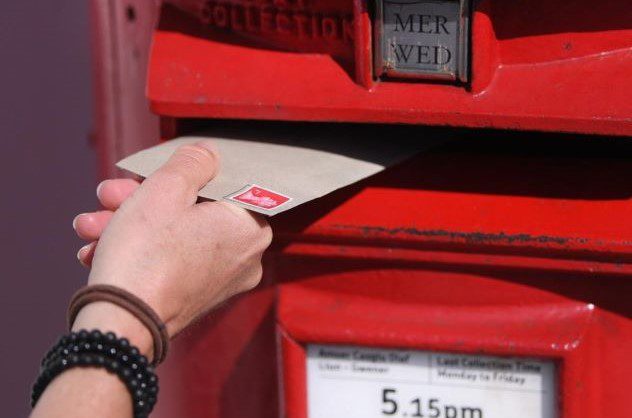 In 2012, anthropologists sprinkled 300 letters on the pavement of 20 neighborhoods in London. The idea was to test the altruism of people. If someone found a letter, would they go through all the effort that was required to deliver the mail to a total stranger’s house? These addresses were, in reality, the homes of the researchers who sat back and collected the letters as they rolled in.

Interestingly, about 87% of letters scattered in wealthier neighborhoods found their way back. In contrast, only 37% in poorer areas returned. The study found that ethnicity and population density had nothing to do with altruism. Instead, it was socioeconomic factors that needed more investigation to fully understand.

But for now, the scientists believe that fewer letters returned from disadvantaged areas—not because people care less—but because the hardships of life make them wearier and, therefore, less likely to pick up random letters on the pavement.[4] 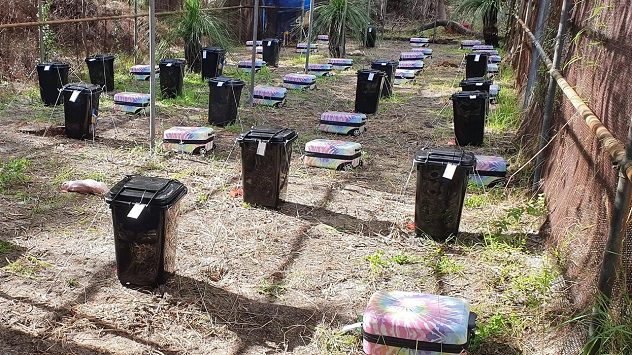 Killers dump a lot of bodies in suitcases. Just like other crime scenes, the police need to know when the victim passed away. This triggered the world’s biggest experiment to learn more about the forensics of this harrowing habit. In particular, the researchers were interested in carrion insects.

When a corpse is left in the open, these insects colonize the body and provide a host of information. These flies and beetles can give forensic entomologists the time of death, reveal the presence of drugs, and whether the victim died elsewhere and in what type of location. A suitcase disrupts this process by hampering normal insect colonization.

To better understand this interference, a 2022 study placed stillborn piglets in nearly 70 bins and suitcases and left them outside. Remarkably, the carrion insects still provided critical information, just differently. By assessing how bugs and eggs clustered on the outside of the containers, which larvae made it inside, and the dead insects within, researchers could glean the basics of toxicology, body relocation, the circumstances and time of death, and how the weather influenced the pigs’ decomposition.[5]

Few people might eat a loaf of bread when they know the farmer peed on the wheat. But that’s a rather modern revulsion. For thousands of years, people used human urine as a fantastic fertilizer for crops. The practice vanished and now only exists in a few areas in Asia.

In recent years, scientists wondered if this ancient solution might help rural farmers. Especially those who live on nutrient-poor land where commercial fertilizer isn’t an option. Pee is free and packed with phosphorus, potassium, and nitrogen—everything a hungry plant needs. They launched a large-scale experiment in the Republic of Niger where they trained female farmers on how to use urine safely as a fertilizer.

After three years and 681 trials, these ladies produced millet crops that were 30% more bountiful than normal. The results were so well-received that years after the experiment ended, over a thousand women farmers in Niger continued to fertilize their crops with sanitized urine.[6]

The Longest Experiments Ever Conducted

A couple of years ago, a researcher found a petri dish he’d forgotten about for 10 years. Once he realized the dried bacteria it contained could be revived with a little hydration, it sparked an ambitious study. In 2014, it brought together scientists from Scotland, Germany, and the U.S. to figure out how long bacteria can survive. Thus, the 500-year experiment was born. (link 7)

It works like this. Two bacteria species were chosen and hermetically sealed in 800 glass vials. About 400 were encased in lead to reduce DNA damage from natural radiation. For the first 24 years, scientists will open a couple of vials every other year and examine the bacteria’s DNA health and viability. For the rest of the time, the remaining 475 years, vials will be opened and tested every quarter-century.

The chances that the bacteria samples will stay alive for 500 years are good. But the experiment might not survive. It requires the continuous collaboration of the UK, the U.S., and Germany. Who knows if future scientists will even stay loyal to the study? The box containing the vials might also get lost before the experiment is over.[7]

3 Brains with Eyes (Sort Of)

Stem cells can be manipulated to turn into any type of cell. This trait allows scientists to create smaller versions of human organs, or organoids, to test and learn more about diseases. In 2021, researchers wanted to find a way to treat early retinal disorders. For this, they needed a tiny brain with eyes.

Past experiments have separately created brain organoids and eye organoids (not eyeballs but an earlier developmental stage called optic cups). But nobody has ever created a combination of the two.

In the new study, experiments eventually produced several brains with eyes. This organoid resembled a yellow blob with a pair of black dots. The latter were the optic cups that the researchers needed. Incredibly, the cups were light-sensitive and developed at the same rate as eyes in a human embryo. They even had corneal tissue and lenses. In the future, this somewhat creepy-looking organoid can help scientists to study eye disorders, treatments, and brain-eye interactions during embryonic development.[8]

In theory, most materials can become metallic—if you squeeze them hard enough. When mightily mushed, their atoms or molecules crush together so tightly that they swap electrons. This, in turn, can give a substance metallic properties like conducting electricity. But turning water into metal faces special challenges.

First, it needs a big squeeze. About 15 million atmospheres’ worth. This kind of pressure is not something that most scientists have lying around the laboratory. Secondly, such an experiment requires alkali metals like sodium and potassium because they share electrons quickly—and they remove the need for ridiculous atmospheric pressure. The problem? Alkali metals tend to explode when they touch water.

In 2021, an experiment managed to do the impossible. They turned water into metal by slowing the explosive reaction to give the metals the time to share their electrons with the water. This was achieved by working inside a vacuum chamber and exposing the two alkali metals to water vapor. The resulting metal droplet only lasted a few seconds, but it resembled gold and conducted electricity.[9]

Scientists Train Goldfish How to ‘Drive’

Can fish avoid obstacles on land? Okay, fish and land don’t gel. But this didn’t stop researchers in Israel from building a car for goldfish. Kind of like an aquarium on wheels. The goal was to understand how fish learn to navigate and if their brains could handle a trip on land.

Six goldfish were trained to pilot the fish-operated vehicle or FOV. At first, the fish swam erratically but then seemed to grasp the situation and their movements became more deliberate and relaxed. Indeed, the goldfish quickly learned how to make the FOV drive forward, but it was harder to teach them to think outside the tank, so to speak.

But with simple obstacle training and a lot of treats, the fish stopped driving aimlessly around the room and headed straight for targets. Once they reached a target, they were rewarded with a snack. When obstacles were placed in their path, the fish learned to drive around them to get to the target—and something yummy. This proved that fish can be remarkably resourceful in challenging environments in order to find food.[10]