This is a list of the origins of 10 slang words or phrases that we all use regularly. From insults to idiomatic expressions, these are common in virtually all English speaking nations.

Idiot originally comes from the Greek word Idiotes which was used to refer to a person who was a private individual – or more specifically, one who was so preoccupied with their own personal life that they would not take part in the democratic process. In the biblical sense, the word referred to an uneducated person. By the fourteenth century, it could also refer to a clown, a layman (non-religious), or an individual. Later, however, the Oxford English Dictionary gave it the following definition which has stuck: “A person so deficient in mental or intellectual faculty as to be incapable of ordinary acts of reasoning or rational conduct”. When IQ tests arrived, a person scoring less than 20 was regarded to have earned the “idiot’s score”.

Learn even more about everyday slang words—and their history—with Why Do We Say It?: The Stories Behind the Words, Expressions and Cliches We Use at Amazon.com!

Another Greek word, Moron meant foolish or stupid. It was first propagated in English by an American psychologist Henry Goddard (1886-1957). In his report to the Journal of Psycho-asthenics about his study of the feeble-minded, he argued for the adoption of the word which he defined as: “One who is lacking an intelligence, one who is deficient in judgement or sense.” It was originally used to refer to an adult with a mental age of between 8 and 12. The term has not really made its way into high literature.

Who hasn’t used this word at least once in their life when speaking highly of something? This meaning of the word is relatively new in English, but not as new as you might think. The earliest record found so far is from 1884 in the phrase ‘Dat’s cool!’. After that the next is 1902 from the lyrics of a song from the Black and White minstrel show: “de way we dress is cooler”. 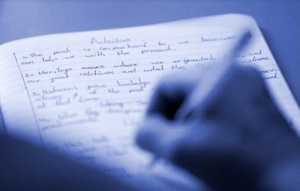 To get the third degree means to be thoroughly questioned. The third degree of something has been regarded as the upper limit (or extreme) even since the time of Shakespeare when he wrote: “For he’s in the thirde degree of drinke, he’s drown’d” – referring to a very drunk man. Therefore, it is a natural progression that when referring to the most extreme type of questioning, it would be referred to as the third degree.

This unpleasant term is used these days to refer to an immoral woman. But the origin of the term had a far less sinister meaning. It actually meant a woman who did not keep her room tidy – though it is easy to see that this could be a metaphor for immorality of a sexual type. In Thomas Hoccleve’s 1402 Letter to Cupid, we read: “The foulest slutte of al a toune”. This meaning eventually crossed to the word slattern which retains its original meaning of being an untidy woman. In Victorian English, sluts wool referred to the little piles of dust that gather on the floor if it is not swept.

According to the Chambers Dictionary, well heeled means “comfortably supplied with money” and states that it comes from the word heeled, meaning provided with a heel. Heeled also used to refer to being armed with a revolver. A person carrying a set of guns was said to be long-heeled. Despite the Oxford English Dictionary saying otherwise, it appears that the origin of the term actually comes from Cockfighting. In the early days of cockfighting, the owners would sometimes add spurs to the feet of their birds, putting them at an advantage. If you did not add spurs to the bird it was said to be naked-heeled. The use of the term well-heeled in this context is first seen in print in 1866 in a story by Mark Twain.

This means “to die”. Many people consider the term to have come from a condemned man standing on an upturned bucket which was then kicked out from under his feet leaving him to hang, but there is no written evidence that this is the case. In fact, it is more likely from a different type of bucket entirely. In butchery, when a pig was slaughtered it would be hung from a piece of timber called the bucket beam. It is mostly likely that in his death throes, the pig’s feet would bang against the rail to which they were tied. Therefore, kicking the bucket was a term referring to the last actions of the pig before he finally died. 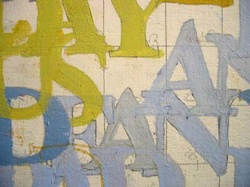 Originally this word simply meant something with a bend or twist, probably coming from the Icelandic word meaning to bend your knees. In time the word was adopted by the criminal world to mean something that was illicit – for example a stolen car may have been referred to as a “kinky car”. But then in 1959, Colin MacInnes changed the meaning of the word for ever. In his book Absolute Beginners, he says: “Suze […] meets lots of kinky characters […] and acts as agent for me, getting orders from them for my pornographic photos.” From that time on the word was associated with the steamy side of sex.

Underhand means “surreptitious” or on the sly. The Chambers Dictionary also adds “with the hand below the elbow or shoulder” which would suggest doing something on the sly with your hand while distracting the eye. But the actual origin of the term most likely comes from Archery. A well known lover of archery, Roger Ascham (c1515-1568) wrote: “Thus the underhande [shaft] must have a small breste, to go cleane awaye oute of the bowe.” To shoot underhand was and is a common archery term.

Bob’s your Uncle generally means that something is simple or easy or a “job done”. It is most likely that this phrase came about as a result of nepotism (family favoritism). In the late 1800s, Lord Salisbury (first name Robert) was prime-minister of Great Britain. After his third term he was succeeded by his nephew Arthur. Arthur had been made Chief Secretary of Ireland in 1886 which caused some scandal. Suspicions arose that Robert was favoring his nephew Arthur. The term “Bob’s your uncle” could be used at the time as a sly reference to this charge of nepotism.

Take your spanish to a dirty new level with Dirty Spanish: Everyday Slang from “What’s Up?” to “F*%# Off!” at Amazon.com!