The theft of treasure is nothing new – it is one of folklore’s most persistent themes – but thanks to novels, films and the newspaper headlines, art theft has captured the public’s imagination like few other types of crime have. Below is a list of the top 10 (plus a bonus) post-war art thefts.

1. The Duke of Wellington – Goya 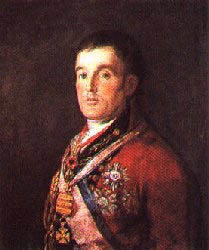 In 1961, Charles Wrightsman, the oil-rich American collector, bought Goya’s “Portrait of the Duke of Wellington” for $392,000 and planned to take it to the United States. There was such a public outrage that the British government raised the necessary matching sum. Less than three weeks after its triumphal hanging in the National Gallery, it was stolen. The thief demanded a ransom of the same amount and said he was going to devote it to charity.

In 1965, the thief sent a claim ticket to London’s Daily Mirror and the painting was picked up by police in a railway baggage office. The thief, an unemployed bus driver named Kempton Bunton, gave himself up six weeks later. He had planned to use the money to buy TV licenses for the poor, serving three months in jail for his offense.

Read about the men who defied Hitler and went on a daring mission to recover stolen artwork from the Nazis! Get The Monuments Men: Allied Heroes, Nazi Thieves and the Greatest Treasure Hunt in History at Amazon.com! 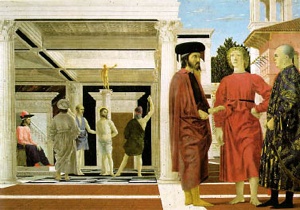 Italy, the home of art, has also been the home of art theft. When two paintings by Piero della Francesco, “The Flagellation of Christ” and “The Madonna of Senigallia” and a Raphael, “The Mute,” were cut from their frames and stolen from the Ducal Palace, Urbino, it was described as “the art crime of the century.”

The crime was wholly driven by profit. It was committed by local criminals who planned to sell the work on the international market and would not be the last to discover that much-reproduced masterworks are hopelessly illiquid. The paintings were recovered undamaged in Locarno, Switzerland, in March 1976. 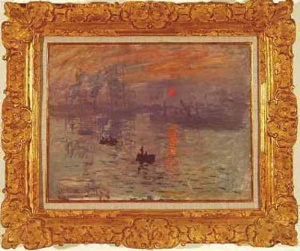 The theft of nine paintings, including Renoir’s “Bathers” and Monet’s “Impression, Soleil Levant,” which gave Impressionism its name, from the Marmottan Museum, Paris, took place in 1985. The police at first theorized that the radical group Action Direct had committed the crime. But several paintings stolen from a provincial French museum in early 1984 were recovered in Japan after a tip-off from a fence. The paintings–including Corots–were in the hands of Shuinichi Fujikuma, a known gangster. He had been behind the Marmottan heist too. Indeed, he had circulated a catalogue of the nine soon-to-be-stolen paintings.

Japan’s short statute of limitations on stolen art was notorious, and rumors became rampant that the Japanese mob, aka the Yakuza, had penetrated the art world. The truth was on a smaller scale. Fujikuma had been arrested in France with 7.8 kilos of heroin in 1978. During a 5-year sentence, he came to know Philippe Jamin and Youssef Khimoun, members of an art theft syndicate. They pulled the job for him. But the paintings were recovered in 1991–in Corsica. 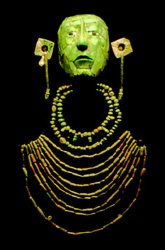 In December 1985, guards from the National Museum of Anthropolgy in Mexico arrived at work to discover that sheets of glass had been removed from seven showcases. The 140 objects that were taken included jade and gold pieces from the Maya, Aztec, Zapotec and Miztec sculptures. The curator, Felipe Solis, estimated that one piece alone–a vase shaped like a monkey–could be worth over $20 million on the market–if a buyer could be found.

Most of the pieces were an inch or so in height. The entire haul would have fitted comfortably into a couple of suitcases. It is still accounted as the single largest theft of precious objects. The Burial Mask was recovered.

5. Rayfish with Basket of Onions – Chardin 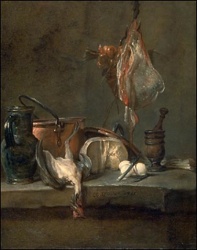 The break-in at the Manhattan branch of the London dealer, Colnaghi’s, on East 8th Street was sophisticated. It involved a break-in through a skylight and a maneuver with a rope that could have sent the robbers plunging down the stairwell. Once inside, however, the perpetrators became bumblers, treading on a couple of canvases, and by no means choosing the best on the walls. That said, the 18 paintings and ten drawings they made off with included two paintings by Fra Angelico–insured at $4 million–and “Rayfish with Basket of Onions” by Chardin. Only 14 of the works were ever recovered.

The loot had an estimated value (then) of $6 million to $10 million, making it New York’s biggest art heist. It underlined that pickings at private galleries can rival those at museums–with higher insurance and (usually) lower security. 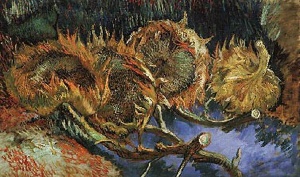 Three Van Goghs, including “Dried Sunflowers,” “Weaver’s Interior” and an early version of “The Potato Eaters,” were stolen from the Kroller-Muller Museum in Otterlo, Holland. The wave pattern of art theft generally mirrors that of the art market itself and here it did so specifically. Just two weeks before, a list had been published of the top prices paid for art at Sothebys and Christie’s. It listed five Van Goghs among the top ten, including the $53.9 million paid for “Irises,” then the highest price ever paid for a painting.

The thieves returned and asked for $2.5 million for the other two. The police got them back on July 13, 1989. No ransom was paid.

7. The Storm on the Sea of Galilee – Rembrandt 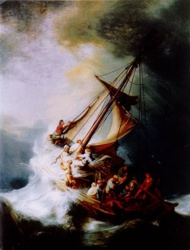 At 1:24 A.M. on the morning after St Patrick’s Day, two men in police uniforms knocked on a side door of Boston’s Isabella Stewart Gardner Museum, mentioning a “disturbance” in the grounds. The guards let them in and were swiftly handcuffed and locked in a cellar. The work the thieves made off with included “The Concert” by Vermeer, “The Storm on the Sea of Galilee”–which is Rembrandt’s only marine painting–“Chez Tortoni” by Manet, five pieces by Degas and some miscellanea that includes a Chinese bronze beaker and a fitment from a Napoleonic flagstaff. Untouched were the Renaissance paintings, including Titian’s “Europa,” which is arguably the most valuable piece in the collection.

The current dollar figure attached to the stolen work is $300 million. In 1997, with the investigation moribund, the museum raised the reward from $1 million to $5 million. Tipsters understandably emerged, amongst them a Boston antiques dealer, William P. Youngworth III. Youngworth was a shady character but gained attention by telling Tom Mashberg, a reporter on the Boston Herald, that he and a colorful character named Myles Connor could procure the art’s return. His price: immunity for himself, the release of Connor from jail and, naturally, the reward. Connor was behind bars at the time of the Gardner heist–for another art heist–but claimed he could locate the art if released. Credibility soon began to leak. Then Mashberg got a telephone call that led to a nocturnal drive to a warehouse, where he was shown–by torchlight–what may or may not have been Rembrandt’s “Storm on the Sea of Galilee.” He was later given some paint chips, supposedly from that painting. Doubts sprang up (the chips were not from the Rembrandt). The U.S. Attorney demanded that one of the paintings be returned as proof that the works were on hand. This didn’t happen. Negotiations petered out. Connor is now out of jail, but the art is still missing.

Buy a high quality print of The Storm on The Sea of Galilee at Amazon.com!

8. Portrait of a Persian Painter – Unknown 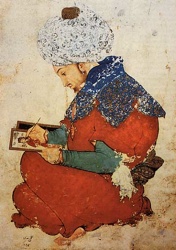 The Kuwait National Museum and the Dar al-Athat al-Islamiyya (the House of Islamic Antiquities) were looted during the seven-month occupation by Iraq. The buildings were then torched. The two museums housed a collection of Islamic art–one of the world’s best–put together by Kuwait’s al Sabah family in the ’70s and ’80s. Some 20,000 pieces–including arms, armour, ceramics, earthenware, seals and decorative arts from ancient Persia, Mamluk Egypt and the Mughal emperors in India and Kuwait of the Bronze Age–were packed in crates and driven to the Iraq National Museum in Baghdad in a 17-lorry convoy.

There was pessimism about prospects for getting anything back, except by buying it in bits and pieces on the black market, but a small team of curators arrived in Baghdad six months after the ceasefire. Between Sept. 16 and Oct. 20, 1991, some 16,000 pieces had been returned.

The massive state-sponsored art theft recalls the behavior of conquerors in earlier wars, including European monarchs and Napoleon. And the intention of Saddam–like that of Hitler–went beyond plunder. He wanted to erase Kuwait’s historic and cultural identity.

Four Dutchmen were arrested for robbing the Stedelijk Museum in Amsterdam of no fewer than 20 Van Goghs. They were recovered within an hour. The police were of the opinion that had the robbery been successful; no ransom would have been demanded. The canvases would simply have become financial instruments in the global black economy.

Three of the canvases were badly damaged, including one of Van Gogh’s visionary last paintings, “Wheatfield with Crows.” The fact that most works get back to where they belong in pretty good shape can make one overconfident. But, as shown here, art works are frail and luck can run out. 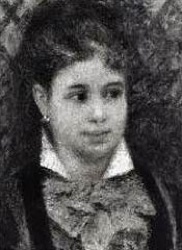 A few minutes before closing time in late December, a man walked into the National Museum in Stockholm toting a submachine gun. He pointed it at an unarmed guard in the lobby while two accomplices who were already inside seized a 1630 Rembrandt self-portrait and two paintings by Renoir, “Young Parisian” and “The Conversation,” on the second floor. They made a caper-movie getaway, sprinkling nails on the ground to ward off pursuit and zooming away in a motorboat.

The thieves then approached a lawyer who relayed their ransom demand: $10 million per painting. The police officer in charge of the inquiry asked for photographs. The photographs were convincing, and the police promptly demanded that the lawyer reveal the identities of the thieves. The lawyer refused, citing confidentiality, and insisted he had “done nothing wrong,” telling the robbers he wanted no go-between fee. He is nonetheless being treated as a suspect. Eight men have been arrested in this case and there is a warrant out for a ninth. But at the time of writing the paintings are still missing. 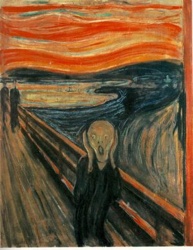 On August 22, 2004, the Munch Museum’s Scream was stolen at gunpoint, along with Munch’s Madonna. Museum officials expressed hope that they would see the painting again, theorizing that perhaps the thieves would seek ransom money. On April 8, 2005, Norwegian police arrested a suspect in connection with the theft. On April 28, 2005, it was rumored that the two paintings had been burned by the thieves to conceal evidence. On June 1, 2005, the City Government of Oslo offered a reward of 2 million Norwegian krones (about 250,000 euro) for information that could help locate the paintings.

In early 2006, six men with previous criminal records were scheduled to go on trial, variously charged with either helping to plan or execute the robbery. Three of the men were convicted and sentenced to between four and eight years in prison in May of 2006. Two of the convicted art thieves, Bjørn Hoen and Petter Tharaldsen, were also ordered to pay 750 million kroner (US $122 million) to the City of Oslo, which is where the paintings were previously located.

Both paintings were recovered slightly damaged.