Mad Scientists have been appearing in books and movies for generations. They generally follow the stereotype of the white coated, crooked toothed, white haired, white skinned maniac. This list contains the 10 most unusual or well known mad scientists. 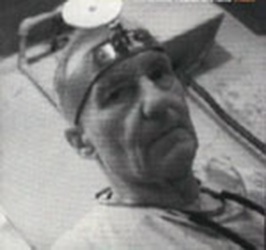 Dr Benway is probably the most immoral of the mad scientists. He was created by William Burroughs and first appeared in the book Naked Lunch. He sinced turned up in many other books by Burroughs. He was also featured in the film of Naked Lunch by David Cronenberg. In the photo above we see Burroughs dressed as Benway . I believe this is from a short film excerpt he made of a scene from one of his books. He was used by the author to parody the medical profession and, perhaps, the misuses of science in general. More of a maverick surgical artist than a doctor, Benway lacks a conscience and is more interested in his performance (and his next fix) than his patients’ well-being.

Discover the new generation of mad scientists with The Mad Scientist’s Guide to World Domination: Original Short Fiction for the Modern Evil Genius at Amazon.com! 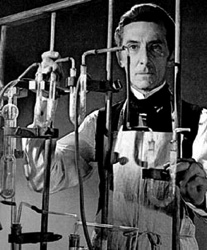 Frankenstein becomes obsessed with the idea of creating life in inanimate matter through artificial means, dropping out of school to pursue this goal for the next two years. Assembling a humanoid creature perhaps by stitching together pieces of human corpses, perhaps by the use of a chemical, apparatus or a combination of both (he avoids the question three times when asked, though the fact that he noted lightning striking down a tree in his childhood is a prominent clue), Frankenstein successfully brings it to life only to be repulsed and terrified by its monstrous ugliness. 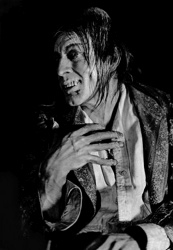 In the photo above we see Dr Jekyll as his alter-ego Mr Hyde. Originally from the book the “Strange Case of Dr Jekyll and Mr Hyde” by Robert Louis Stvenson, it is best known for its vivid portrayal of the psychopathology of a split personality; in mainstream culture the very phrase “Jekyll and Hyde” has come to signify wild or bipolar behavior. By taking a potion that he concocted, Dr Jekyll transforms himself in to Mr Hyde, a violent and murderous man. 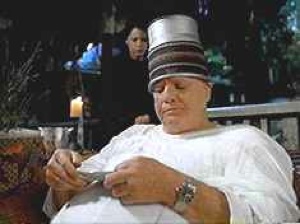 After being rescued and brought to an island, a man discovers that it’s inhabitants are experimental animals being turned into strange looking humans, all of it the work of a visionary doctor – Doctor Moreau. The original story is a book by H G Wells, but it has been turned into a film at least three times (once in 1933, once in 1977, and once in 1996) 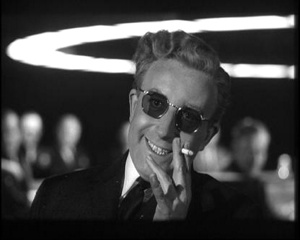 Dr. Strangelove serves as President Muffley’s scientific advisor in the War Room, presumably making use of prior expertise as a Nazi physicist: upon becoming an American citizen, he translated his German surname “Merkwürdigliebe” to the English equivalent. Twice in the film, he accidentally addresses the President as “Mein Führer.” The character is an amalgamation of RAND Corporation strategist Herman Kahn, Nazi SS officer-turned-NASA rocket scientist Wernher von Braun and “father of the hydrogen bomb” Edward Teller. The character was also compared to U.S. Secretary of State and controversial Nobel Peace Prize laureate Henry Kissinger.

See Peter Sellers bring this mad scientist to life with pure comedic genius! Get Dr. Strangelove Or: How I Learned To Stop Worrying And Love The Bomb at Amazon.com! 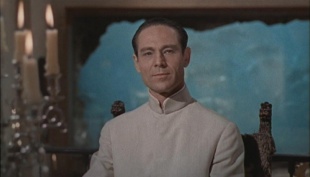 Dr. No is a brilliant scientist with an implied Napoleon complex, a self-described “unwanted child of a German missionary and a Chinese girl of a good family”. He later “became treasurer of the most powerful criminal society in China”, in this case, the Tongs. He then “escaped to America with $10,000,000” of Tong gold bullion. He specialized in atomic energy, which cost him both of his hands, which were replaced with crude bionic ones that were made out of either iron or steel. Dr Frank N Furter is the “Sweet transvestite from transsexual Transylvania” – the star of the Rocky Horror Picture Show. He uses his scientific prowess to create a handsome young man to improve his love life. The film itself is a hilarious musical with all manner of strange goings on and bed swapping. 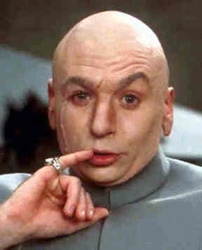 Dr. Evil is a fictional supervillain played by Mike Myers in the Austin Powers film series. He is the chief villain of the movies, and Austin Powers’ nemesis. A parody of any number of James Bond villains, primarily Donald Pleasance’s Ernst Stavro Blofeld of SPECTRE, Dr. Evil routinely hatches schemes to terrorize and take over the world. He is typically accompanied by his cat Mr. Bigglesworth and his side-kick Mini-Me. 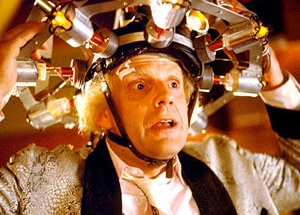 Emmett Lathrop “Doc” Brown is a fictional character, one of the lead characters in the Back to the Future motion picture trilogy, played by actor Christopher Lloyd in the three films and the live action sequences of the animated series. He is voiced by Dan Castellaneta in the animated series. The character’s appearance and mannerisms are loosely inspired by Leopold Stokowski and Albert Einstein. 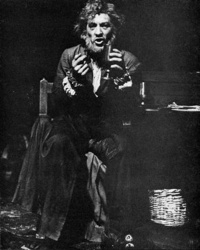 The origin of Faust’s name and persona remains unclear, though it is widely assumed to be based on the figure of German Dr. Johann Georg Faust (approximately 1480–1540), a dubious magician and alchemist probably from Knittlingen, Württemberg, who obtained a degree in divinity from Heidelberg University in 1509. Faust is the protagonist of a classic German legend in which a medieval scholar makes a pact with the Devil.