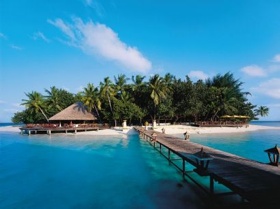 The Maldives is an island nation in the Indian Ocean, about 435 miles South-West of Sri Lanka. It is a popular tourist destination because of the astoundingly beautiful resorts and scenery. In most cases you can stay in a private villa which sits out in the middle of the water – connected to the mainland by a small walkway. If you want to go somewhere to relax – this is the place to do it. The official language of the Maldives is Dhivehi, which is very closely related to Sinhala, the language of Sri Lanka. Nevertheless, you will have no problems speaking English in the tourist spots. Don’t forget to pack your laptop so you can read the List Universe while you are sipping margaritas on your private porch floating on the ocean!

In need of a vacation? Find out if the Maldives is right for you with Maldives (Country Travel Guide) at Amazon.com! 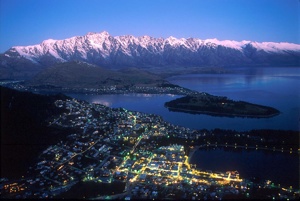 In Winter or Summer, Queenstown is a fantastic place to holiday. In the Winter it is full of people there for the skiing, and in summer it is full of people there to take the white water trips down the Shotover river. I would also say that the food in Queenstown ranks as the best I have eaten in the entire world; though food in New Zealand is of an extremely high standard in general. There are a large number of hotels right on the waterfront of Lake Wakitipu (New Zealand’s longest lake and third largest). The water is bitterly cold (even in summer) – but it is beautiful to look at from your hotel window and if you can stand the cold, bathing is certainly allowed. Queenstown is also New Zealand’s jetboat and bungy jumping capital. And if you think the price is too high – you can always pop to Arrowtown right next door and try panning for gold in one of New Zealand’s old mining towns. Oh – and don’t forget, New Zealander’s are the friendliest people in the world. 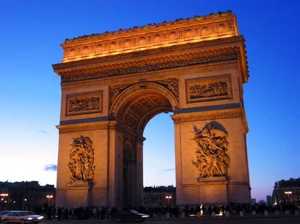 Everyone knows that Paris is the City of Romance and Food, but it has that reputation for a good reason! The food in France is simply outstanding and almost unparalleled around the world. You can stay at very inexpensive hotels, or very expensive ones, depending on your budget; just make sure you leave enough money for the food and wine. Some of the things you will have to do: 1) eat macaroons at La Duree, on the Champs Elysee (you won’t be able to control yourself when you taste these things!), 2) eat ice-cream at Berthillon – the best ice-cream in the world (handmade entirely from natural ingredients), and 3) eat pastries at Pierre Hermé – the picasso of pastry. Don’t forget to check out Printemps – the incredible department store found on Boulevard Haussmann. 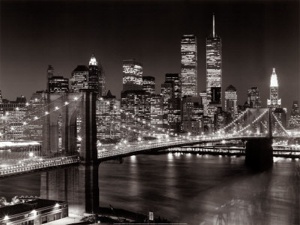 With the US dollar at an all time low, it is the perfect opportunity for non-Americans to travel to New York and pick up some bargains. In addition, you get to see one of the most beautiful cityscapes in the United States, and can experience the hustle and bustle of an incredibly busy city. New York has many state parks and two major forest preserves. Adirondack Park, roughly the size of the state of Vermont and the largest state park in the United States, was established in 1892 and given state constitutional protection in 1894. Major destinations include the Empire State Building, Ellis Island, Broadway theatre productions, museums such as the Metropolitan Museum of Art, and other tourist attractions including Central Park, Washington Square Park, Rockefeller Center, Times Square, the Bronx Zoo, New York Botanical Garden, luxury shopping along Fifth and Madison Avenues, and events such as the Halloween Parade in Greenwich Village, the Tribeca Film Festival, and free performances in Central Park at Summerstage. New York’s food culture, influenced by the city’s immigrants and large number of dining patrons, is diverse. Jewish and Italian immigrants made the city famous for bagels, cheesecake and New York-style pizza. The city also boasts some of the finest haute cuisine restaurants in the USA. 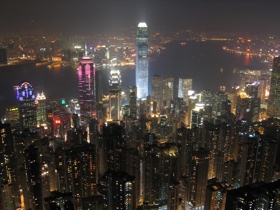 Hong Kong is frequently described as a place where East meets West, a meeting reflected in its economic infrastructure, education and street culture. On one street corner, there may be traditional Chinese shops selling Chinese herbal medicine, Buddhist paraphernalia or bowls of synthetic shark fin soup. But around the next, one may find theatres showing the latest Hollywood blockbuster, an English-style pub, a Catholic Church or a McDonald’s. The city’s cosmopolitan flavour can also be seen in the wide variety of cuisines available. While different varieties of Chinese selections, especially seafood, are most popular, there are also many European, American, Japanese, Korean, and other restaurants. Ethnic dishes served in cha chaan teng’s and dai pai dong’s are also popular. The people of Hong Kong take their food seriously and many top chefs make their way to the city to show off their talents to these discerning diners. The Hong Kong government also supports cultural institutions such as the Hong Kong Heritage Museum, Hong Kong Museum of Art, the Hong Kong Academy for Performing Arts and the Hong Kong Philharmonic Orchestra.

Don’t forget the essentials while packing! Buy a Hanging Cosmetic and Grooming Travel Bag at Amazon.com!

Every time I have been to Venice I have had an amazing holiday. Not only is the city incredible for its history, it is incredible for its food, its architecture, and its uniqueness. I have been in both summer and winter and would suggest that either of those seasons is perfectly fine for a visit. In summer it gets very hot and crowded, and in Winter it is not crowded but can be a bit on the cold side. If you are interested in old Churches, this is the place to go – there is one around every corner. The ambience of the city is one of mystery and rich culture. I recommend the Hotel Bauer which is just a few meters away from the San Marco square (the heart of the city). One of the best things about Venice is that you can leave your hotel and just start walking – you don’t need to worry about maps as you will eventually find your way back to the hotel. This is also an excellent way to explore the tiny dark alleys. Be sure to go for a trip on a gondola – but be prepared to pay big for the privilege – it is not cheap – on my last trip it cost me 75 Euros for 45 minutes. 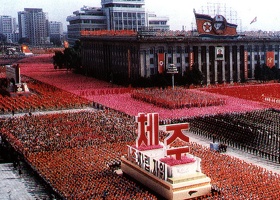 This one is for the intellect – so that you can one day say that you have been the last bastion of Stalinist communist. It is very difficult to obtain a visa to visit North Korea, and if you do, it will be an expensive holiday. But you will be in a very small group of people who can say that have visited. By all accounts the food is extremely good and plentiful. You will be waited on hand and foot, and you will have a tour guide with you the whole time to explain things (okay – they are communist agents, but they will still explain things). You can visit the large shopping center and watch people who are paid to shop (so they look prosperous) and if you time it right, you may get a chance to see the amazing Mass Games, which are held every year on the 15th of April at the Arirang Festival, to celebrate the birthday of the Dictator Kim Il-sung. 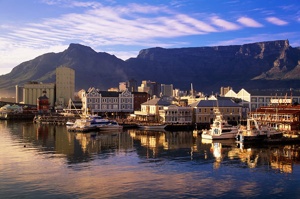 Cape Town is the third most populace city in South Africa, and it is the most popular tourist destination due to its good climate and natural setting. It is the home of the famous Table Mountain. Due to the city’s unique geography, it is possible to visit several different beaches in the same day, each with a different setting and atmosphere. Cape Town is noted for its architectural heritage, with the highest density of Cape Dutch style buildings in the world. Night life in the city caters for all tastes, with a range of restaurants and cafes that are generally recognized as including some of the finest eateries in South Africa (both in food quality and decor terms). Night clubs and bars abound with popular areas including the top end of Long Street and its immediate surrounds, as well as the redeveloped Cape Malay quarter, De Waterkant. 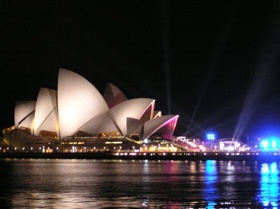 Aside from having the most deadly creatures in the world, Syndey is a wonderful place. It is vibrant and pumping at all times – though especially at night. If you like the nightlife – this is the destination for you. Australian people are very friendly and the crime rates are reasonable. You can go on a harbour cruise at night and have dinner while floating under the Sydney Harbour Bridge, or you can go out to the country side to see some amazing and unique flora and fauna. You can even spend an evening at the opera in the famous Sydney Opera House, home to the third busiest opera company in the world. Sydney’s most popular nightspots include Kings Cross, Oxford Street, Darling Harbour, Circular Quay and The Rocks which all contain various bars, nightclubs and restaurants. Star City Casino, is Sydney’s only casino and is situated around Darling Harbour. 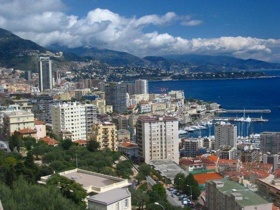 If you fancy holidaying Bond style, this is definitely the place for you. Be prepared to come home with no money – but memories you will cherish forever. This is the city of the Rich. Did you know, citizens of Monaco are not allowed to enter the casinos? They are also exempt from tax, making this a popular spot for the world’s billionaires. As well as gambling, Monte Carlo hosts the Formula One Monaco Grand Prix and many fashion shows. This country was, of course, home to the American actress Grace Kelly (Her Serene Highness The Princess of Monaco) before her death in 1982.