First off, you may be surprised to find that Albert Einstein is not included on this list. The reason is that I have used a table of IQ estimates for historical geniuses to determine the members and order of this list, and Einstein’s IQ (around 160) did not make the grade. Despite that, he is still the first person to pop in to most people’s minds when thinking of a genius. Having said that, here is a list of the ten greatest geniuses in history. 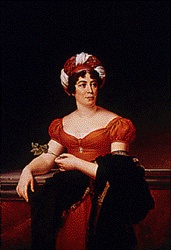 In full – Anne-Louise-Germaine Necker, Baronne (baroness) de Staël-Holstein, byname Madame de Staël. Madame de Stael was a French-Swiss woman of letters, political propagandist, and conversationalist, who epitomized the European culture of her time, bridging the history of ideas from Neoclassicism to Romanticism. She also gained fame by maintaining a salon for leading intellectuals. Her writings include novels, plays, moral and political essays, literary criticism, history, autobiographical memoirs, and even a number of poems. Her most important literary contribution was as a theorist of Romanticism. Madame de Stael is on an equal level with René Descartes but I chose to include her rather than him in order to put at least one woman on this list.

We all have ingenuity. Read The Genius in All of Us: New Insights into Genetics, Talent, and IQ at Amazon.com! 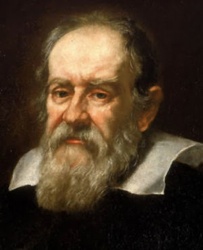 Galileo was Italian natural philosopher, astronomer, and mathematician who made fundamental contributions to the sciences of motion, astronomy, and strength of materials and to the development of the scientific method. His formulation of (circular) inertia, the law of falling bodies, and parabolic trajectories marked the beginning of a fundamental change in the study of motion. His insistence that the book of nature was written in the language of mathematics changed natural philosophy from a verbal, qualitative account to a mathematical one in which experimentation became a recognized method for discovering the facts of nature. Finally, his discoveries with the telescope revolutionized astronomy and paved the way for the acceptance of the Copernican heliocentric system, but his advocacy of that system in support of his view that the Bible contained errors, eventually resulted in an Inquisition process against him. 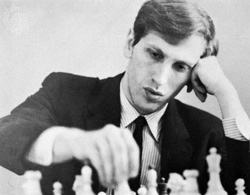 Bobby is the byname of Robert James Fischer, an American chess master who became the youngest grandmaster in history when he received the title in 1958. His youthful intemperance and brilliant playing drew the attention of the American public to the game of chess, particularly when he won the world championship in 1972. Fischer learned the moves of chess at age 6 and at 16 dropped out of high school to devote himself fully to the game. In 1958 he won the first of many American championships. In world championship candidate matches during 1970–71, Fischer won 20 consecutive games before losing once and drawing three times to former world champion Tigran Petrosyan of the Soviet Union in a final match won by Fischer. In 1972 Fischer became the first native-born American to hold the title of world champion when he defeated Boris Spassky of the Soviet Union in a highly publicized match held in Reykjavík, Iceland. In doing so, Fischer won the $156,000 victor’s share of the $250,000 purse. 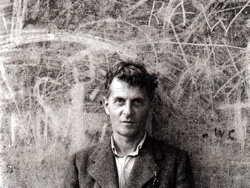 in full – Ludwig Josef Johann Wittgenstein was an Austrian-born English philosopher, regarded by many as the greatest philosopher of the 20th century. Wittgenstein’s two major works, Logisch-philosophische Abhandlung (1921; Tractatus Logico-Philosophicus, 1922) and Philosophische Untersuchungen (published posthumously in 1953; Philosophical Investigations), have inspired a vast secondary literature and have done much to shape subsequent developments in philosophy, especially within the analytic tradition. His charismatic personality has, in addition, exerted a powerful fascination upon artists, playwrights, poets, novelists, musicians, and even filmmakers, so that his fame has spread far beyond the confines of academic life. 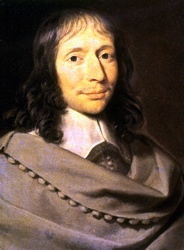 Blaise Pascal was a French mathematician, physicist, religious philosopher, and master of prose. He laid the foundation for the modern theory of probabilities, formulated what came to be known as Pascal’s law of pressure, and propagated a religious doctrine that taught the experience of God through the heart rather than through reason. The establishment of his principle of intuitionism had an impact on such later philosophers as Jean-Jacques Rousseau and Henri Bergson and also on the Existentialists.

Read all about his inventiveness in Works of Blaise Pascal at Amazon.com! 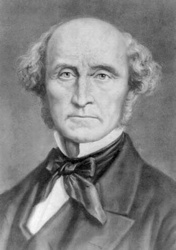 John Stuart Mill was an English philosopher, economist, and exponent of Utilitarianism. He was prominent as a publicist in the reforming age of the 19th century, and remains of lasting interest as a logician and an ethical theorist. Mill was a man of extreme simplicity in his mode of life. The influence that his works exercised upon contemporary English thought can scarcely be overestimated, nor can there be any doubt about the value of the liberal and inquiring spirit with which he handled the great questions of his time. Beyond that, however, there has been considerable difference of opinion about the enduring merits of his philosophy. 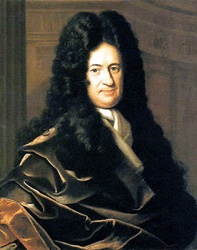 Gottfried Wilhelm Leibniz (also Leibnitz or von Leibniz (July 1 (June 21 Old Style) 1646 – November 14, 1716) was a German philosopher of Sorbian origin who wrote primarily in Latin and French. Educated in law and philosophy, and serving as factotum to two major German noble houses (one becoming the British royal family while he served it), Leibniz played a major role in the European politics and diplomacy of his day. He occupies an equally large place in both the history of philosophy and the history of mathematics. He discovered calculus independently of Newton, and his notation is the one in general use since. He also discovered the binary system, foundation of virtually all modern computer architectures. In philosophy, he is most remembered for optimism, i.e., his conclusion that our universe is, in a restricted sense, the best possible one God could have made. 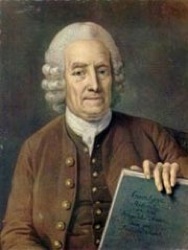 Emanuel Swedenborg was a Swedish scientist, Christian mystic, philosopher, and theologian who wrote voluminously in interpreting the Scriptures as the immediate word of God. Soon after his death, devoted followers created Swedenborgian societies dedicated to the study of his thought. These societies formed the nucleus of the Church of the New Jerusalem, or New Church, also called the Swedenborgians. 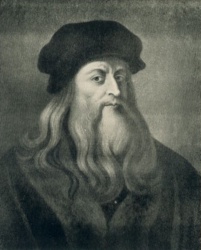 Leonardo Da Vinci, Italian painter, draftsman, sculptor, architect, and engineer whose genius, perhaps more than that of any other figure, epitomized the Renaissance humanist ideal. His Last Supper (1495–98) and Mona Lisa (c. 1503–06) are among the most widely popular and influential paintings of the Renaissance. His notebooks reveal a spirit of scientific inquiry and a mechanical inventiveness that were centuries ahead of their time. The unique fame that Leonardo enjoyed in his lifetime and that, filtered by historical criticism, has remained undimmed to the present day rests largely on his unlimited desire for knowledge, which guided all his thinking and behaviour. 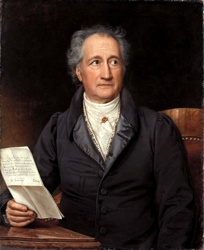 Goethe, German poet, playwright, novelist, scientist, statesman, theatre director, critic, and amateur artist, is considered the greatest German literary figure of the modern era. Goethe is the only German literary figure whose range and international standing equal those of Germany’s supreme philosophers (who have often drawn on his works and ideas) and composers (who have often set his works to music). In the literary culture of the German-speaking countries, he has had so dominant a position that, since the end of the 18th century, his writings have been described as “classical.” In a European perspective he appears as the central and unsurpassed representative of the Romantic movement, broadly understood.