November 5th is traditionally remembered in England as the day that Guy Fawkes tried to blow up the British parliament. It is still common today, to see anti-Catholic and anti-Papacy symbols on this day because Guy Fawkes was a Catholic. In some towns in England people even burn an effigy of the Pope on the 5th. Therefore, it seemed fitting to do a list about the common myths relating to the Catholic Church and the Popes.

5. The Pope is the Great Beast

The Myth: The pope is the beast spoken of in Revelation 13. Verse 1 says that he wears crowns and has “blasphemous names” written on his head. Verse 18 says that the numerical value of his name adds up to 666. The pope’s official title in Latin is Vicarius Filii Dei (Vicar of the Son of God). If you add that up using Roman numerals, you get 666. The pope’s tiara is emblazoned with this title, formed by diamonds and other jewels.

One of the many Papal Tiaras

But there are problems with this. The first is that Vicarius Filii Dei, or “Vicar of the Son of God,” is not now, nor has it ever been, a title of the bishop of Rome. The second problem is that virtually no one, including many unsuspecting lay Catholics, knows that this papal “title” is a fabrication. To an untrained ear, it sounds enough like one of the pope’s real titles, Vicarius Christi (Vicar of Christ), to pass the test. Unfortunately for those who traffic in this particular piece of pope fiction, the real title, Vicarius Christi, adds up to only a measly 214, not the infernal 666.

Oh – and for the Seventh Day Adventists reading this who stubbornly refuse to believe that this is not an official title for the Pope (nor ever has been), using the same math exercise we did above, the name of the woman who started the Seventh-Day Adventist church, Ellen Gould White, also adds up to 666 in Latin. (L + L + V + L + D + V + V + I = 666).

4. The Papacy is a Medieval Invention 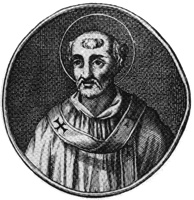 The Myth: The papacy is a medieval Roman invention. The early Church knew nothing of a “supreme pontiff.” Other bishops didn’t regard the bishop of Rome (Pope) as having special authority to operate the way modern popes do.

The earliest account we have of a bishop of Rome exercising authority in another diocese comes from Pope St. Clement’s Epistle to the Corinthians. It was written by Clement, bishop of Rome, around the year A.D. 80. In it he responds to the Corinthians’ plea for his intervention. In the letter, he says: “But if any disobey the words spoken by Him [Christ] through us, let them know that they will involve themselves in sin and no small danger” – clearly showing that he believed he had a special authority and demanded obedience. 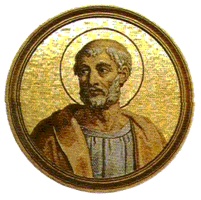 Pope Victor I (reigned 189-199) worked to settle a dispute among the bishops of the East and West over when to celebrate Easter – known as the Quartodeciman controversy. The other bishops recognized his unique authority when they followed his directive to convene local and regional synods to deliberate on the issue. Most of the bishops decided to adopt his proposal that the whole Church celebrate Easter on the first Sunday after Passover. Those who didn’t, he threatened with excommunication. The fact that no bishop in the world — not a single one — disputed his authority as bishop of Rome to carry out such an excommunication is a powerful piece of evidence that the early Church recognized the unique authority of the bishop of Rome.

St Irenaeus in the first century wrote of the Church in Rome: “For with this church, because of its superior origin, all the churches must agree; that is, all the faithful in the whole world, for in her the apostolic tradition has always been preserved for the benefit of the faithful everywhere”.

The Myth: According to Papal infallibility, the Pope can not make any mistakes – but they have! The Popes once believed that the earth was the center of the universe and we know that is wrong.

This myth has arisen from a misunderstanding of Papal infallibility. This is the actual definition of Papal Infallibility:

This means that when the Pope is speaking on matters of science, he can make errors (as we have seen in the past with issues such as Heliocentricity). However, when he is teaching a matter of religion and the other two conditions above are met, Catholics consider that the decree is equal to the Word of God. It can not contradict any previous declarations and it must be believed by all Catholics. Catholics believe that if a person denies any of these solemn decrees, they are committing a mortal sin – the type of sin that sends a person to hell. Here is an example of an infallible decree from the Council of Trent (under Pope Pius V):

If anyone denies that in the sacrament of the most Holy Eucharist are contained truly, really and substantially the body and blood together with the soul and divinity of our Lord Jesus Christ, and consequently the whole Christ, but says that He is in it only as in a sign, or figure or force, let him be anathema.

The last section of the final sentence “let him be anathema” is a standard phrase that normally appears at the end of an infallible statement. It means “let him be cursed”. Catholics believe that the Pope can err in non-religious matters, and that he has done so on many occasions throughout history. 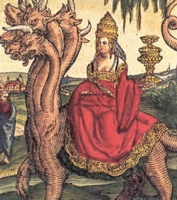 The Myth: In the middle ages, there was a “Pope Joan,” a woman who hid her gender and rose through the ranks of the Church, became a cardinal and was elected pope. No one knew she was a woman until, during a papal procession through the streets of Rome, she went into labor and gave birth to a child. She and the baby were killed on the spot by the mob, enraged at her imposture.

But the facts of history show otherwise. The primary proofs that this is all just a fable are these: First, the earliest point that we can trace the legend to is the mid-13th century, but the legend didn’t really gain wide currency until the late 14th century. No evidence of any kind exists from the ninth century (when Pope Joan was alleged to have reigned), nor do we see any in the 10th through 12th centuries. None of the annals or acts of the popes that were written between the ninth and 13th centuries (and none after that, either) mention her. 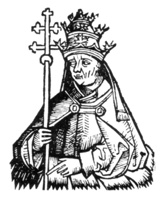 It’s important to remember that even if there had been a female impostor pope, this would just mean that an invalid election had taken place, nothing more. Other invalidly elected claimants to the papal office have come and gone over the centuries, and the fact that a woman made that list would simply mean that a woman made that list. She would not have been pope – no one invalidly elected would be.

This is probably also a good time to point out that in order to be validly elected as Pope, you must be over the age of reason (generally considered to be 7 years old), you must be male, and you must be baptized. 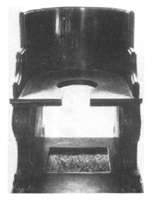 The Myth: All Popes when elected must sit on the Sedes Stercoraria, a chair with a hole in the centre of the seat, without underwear on, in order to have their genitals touched, to prove that they are a man. This arose after Pope Joan ruled to make sure that the same mistake would not occur again.

In the item above we discussed the Pope Joan myth, the is the first step of disproving the myth of the Sedes Stercoraria. If Joan never existed, the need to prove the elected Pope male also does not exist.

The thrones with holes in it at St John Lateran’s do indeed exist, and were used in the elevation of Pope Pascal II in 1099 (Boureau 1988). In fact, one is still in the Vatican Museums another at the Musée du Louvre. They do indeed have a hole in the seat. However, the reason for the hole is disputed, but as both the seats and their holes predated the Pope Joan story, and indeed Catholicism by centuries, they clearly have nothing to do with a need to check the sex of a pope. It has been speculated that they originally were Roman bidets or imperial birthing stools, which because of their age and imperial links were used in ceremonies by popes intent on highlighting their own imperial claims.

The humanist Jacopo d’Angelo de Scarparia who visited Rome in 1406 for the enthronement of Gregory XII in which the pope sat briefly on two “pierced chairs” at the Lateran, said: “the vulgar tell the insane fable that he is touched to verify that he is indeed a man”.

To close this article, I thought it might be nice to have a little polyphonic music related to the topic of the list – so here is Tu Es Petrus (Thou art Peter) by Palestrina (probably the greatest writer of Ecclesiastical Music) – written during the 1500s as the 5th antiphon at Vespers on the Feast of S. Peter and Paul. Palestrina was appointed to the Julian Chapel by Pope Julius III. He could be considered to be the musical equivalent of Michelangelo.