Cartoons would not be cartoons without an evil villain! Presented below are ten of the worst from cartoons throughout the ages. If you feel that there is a villain missing from the list, be sure to speak up! Onwards… the top 10 cartoon villains: 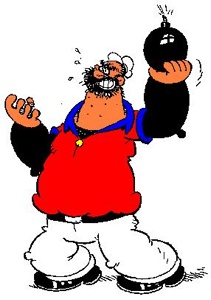 Bluto is the arch enemy of Popeye and, like Popeye, wants to do the dirty with Olive Oyl. Despite having a superior strength to Popeye, he is usually beaten because of the super strength Popeye gains through eating spinach. There are some cartoons that show Popeye and Bluto as friends and Navy buddies, with Bluto usually turning on Popeye when an object of interest (usually Olive) is put between them. 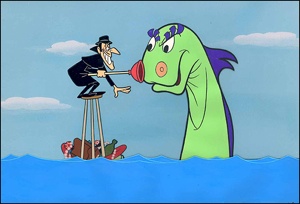 Dishonest John is dressed like a Simon Legree character, and he is constantly scheming to foil Beany and Cecil’s adventures. His catch phrase is a sinister “Nya ha ha!”. Whenever Dishonest John’s schemes are revealed to the heroes, Cecil tends to respond with an aghast “What the heck! D.J., you dirty guy!”. Not only is he evil as Dishonest John – but he becomes the supervillian Bilious Beetle who has a big stinger and can fly under his own power! He also occasionally appears in the mechanical squid “Billy the Squid” which he uses to trick Beany and Cecil. Dishonest John was the inspiration for the AC/DC song “Dirty Deeds Done Dirt Cheap”. 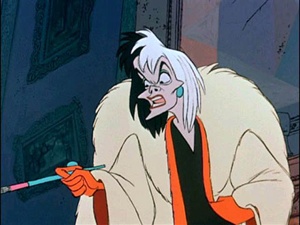 Elegant she may be… attractive she is not! The evil Cruella spends all of her time trying to catch the 101 Dalmations required to make herself a beautiful Dalmation fur coat. She always has the left half of her hair white and the right half black. Cruella’s name is a play on the words cruel and devil, an allusion which is emphasized by having her country house nicknamed “Hell Hall”. 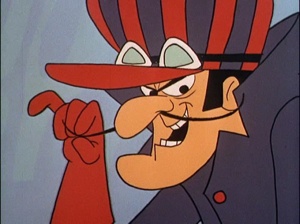 In Wacky Races, Dick Dastardly was one of the racers who competed in every episode for first place in a long and hazard-filled cross-country road rally. As his name implies, Dastardly aimed to win solely through cheating and trickery. His race car, named “The Mean Machine,” featured all sorts of devious traps for him to use against his opponents. Dastardly was always accompanied by his dog Muttley who has a very distinctive emphysemic laugh. 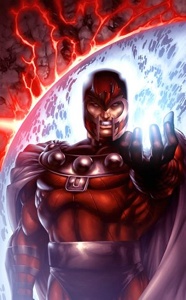 Magneto is one of the most powerful mutants in the Marvel Universe, possessing the ability to to generate and control magnetism. A Jewish Holocaust survivor, his actions are driven by the purpose of protecting the mutant race from suffering a similar fate. He is most often shown as an uncompromising militant and has engaged in acts of terrorism when he felt it was for the benefit of mutantkind. 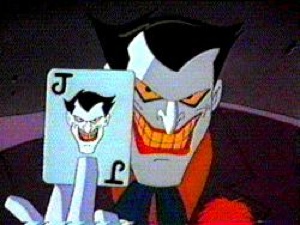 The Joker is a master criminal with a clown-like appearance, including bleached white skin, red lips, and green hair. Initially portrayed as a violent sociopath who murders people and commits crimes for his own amusement, the Joker, later in the 1940s, began to be written as a goofy trickster-thief. The Joker is considered to be Batman’s arch-enemy. 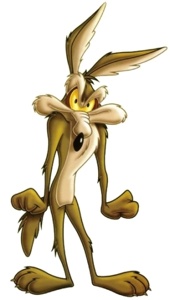 Wile Ethelbert Coyote seems to have an endless supply of Acme tools that he can use against the innocent Roadrunner. In every episode he attempts to destroy the Roadrunner with a bag of tricks that would make any terrorist envious. Thankfully he usually fails and blows himself up (something else the terrorists are probably familiar with).

3. Skeletor Masters Of The Universe 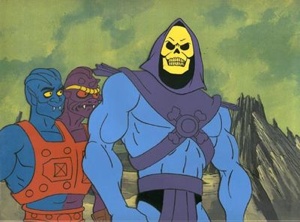 is the arch-enemy and main antagonist of He-Man. Tagged “The Evil Lord of Destruction” he is the greatest threat to present day Eternia. He seeks to conquer Castle Grayskull so he can learn all of Eternia’s ancient secrets, which would make him unstoppable, and enable him to conquer and rule all of Eternia. 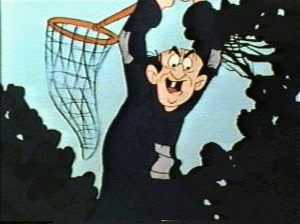 Gargamel the sorcerer is the sworn enemy of the Smurfs. He is an evil wizard, though his powers appear very limited; he actually seems to be more of an alchemist as his main ability is to create magic potions. His main goal in life is to destroy the Smurfs. He is perpetually stooped, his robe is worn and patched, and his teeth are rotten. I guess we shouldn’t be too harsh on Gargamel though… he did create smurfette after all! 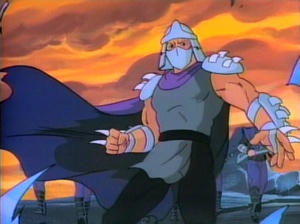 is a villainous ninjutsu master called Oroku Saki. He is the archenemy of the turtles who, at one point or another in every incarnation of the TMNT franchise, has been the main enemy of Splinter and the Turtles. He is also the leader of the Foot Clan. He wears armor which consists of blade-covered metal plaques on his shoulders, forearms, hands (sometimes just his left hand), and shins; he wears a purple, gray, blue, or red robe that variously appears to be simple fabric or a form of chainmail.

Use the comments to decide amongst yourselves which five extra villains I should add to extend this to a top 15 list.

Notable Omissions: Too many to note!

This article is licensed under the GFDL. It uses material from Wikipedia.