All of the films listed here were major bombs at the box office. Many films fail at the box office due to bad marketing, bad timing, or any number of problems not related to the quality of the movie itself. Despite that, they are all excellent films and well worth watching. Many thanks to TheAlchemyst for suggesting this topic on the List Universe Forums. 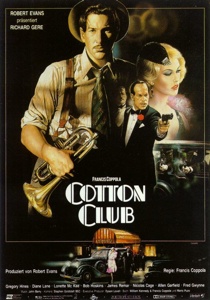 Francis Coppola’s jazz age musical crime drama was about the famed late 1920s Prohibition Era Harlem nightclub and gangsters of various ethnic groups (Irish, Jewish, Italian) in competition with each other in Harlem. It also followed a secondary plot line regarding the musical dance team of Sandman and Clay Williams (Gregory and Maurice Hines), who worked in the Cotton Club — with black entertainers performing for rich white clients. The film was lukewarmly received at the box-office and by critics, and recouped only half of its privately-financed budget (paid for by brothers Fred and Ed Doumani of Las Vegas). This is a film that is either loved or hated, but well worth seeing for a glimpse of the roaring 20s. 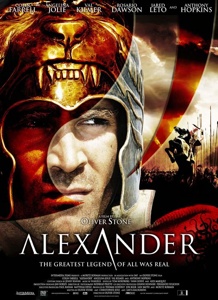 Alexander, the King of Macedonia and one of the greatest military leaders in the history of warfare, conquers much of the known world. Why should you see it despite it being such a massive bomb? Two words: Angelina Jolie. Okay, her accent is weird, but you can just turn off the sound! But more seriously: Stone has, in my humble opinion, crafted a great film that will be appreciated by those with an open mind and patience. I have always had a high tolerance for long movies, and I think many films would be better if they were willing to add another half-hour. It is unfortunate that many people skipped this film because of the portrayal of the relationship between Alexander and Hephaistion – the world is obviously not ready for Classical morals in mainstream movies. 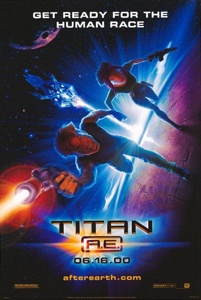 This bomb is about a young man who learns that he has to find a hidden Earth ship before an enemy alien species does in order to secure the survival of humanity. The animation by far is a turning point in the world of animated features. From the start, you can tell the animation is exceptional. Extra time was taken to make the characters lifelike, as well as the environments they are in, the coordinating of colors, and even the shadows from a tree on the character’s faces. It’s unbelievable. And the 2D animation mixes so well with the 3D animation – it just adds to the thrill of the movie. The scenes in the movie are exceptional. 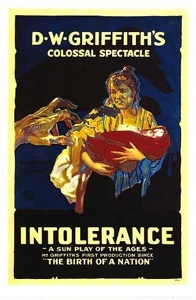 Director D.W. Griffith’s expensive, most ambitious silent epic film masterpiece overtook his earlier The Birth of a Nation (1915), which was the previous record-holder of “most expensive film” (at $110,000). Both films were milestones and landmarks in cinematic history – and regarded as two of the greatest films of the silent era. This film was financed using the profits of Griffith’s earlier film. Unlike Birth, however, Intolerance – with an astronomical budget of almost $2 million, became the first multi-million dollar box-office ‘bomb’ in film history. 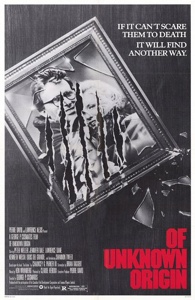 A man who recently completed rebuilding a townhouse becomes obsessed with a rat infestation until it becomes an interspecies duel. Of Unknown Origin is an overlooked gem of a little movie. Not really a horror film, except that something does indeed go bump in the night, and often too. No, this is more of a psychological drama and Peter Weller bangs one out of the park with his performance as the yuppie forced to go to war with a rat. The movie gets down right primitive and to the point, and it’s all Peter Weller and some excellent rat photography. 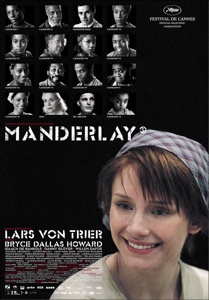 In 1933, after leaving Dogville, while traveling with her father (Willem Dafoe) and his gangsters to the south of USA, Grace Margaret Mulligan (Bryce Dallas Howard) sees a slave ready to be punished in a property called Manderlay. Manderlay’s high points are that it is deeply philosophical but at the same time highly coherent and accessible. It asks important and necessary questions about the nature of freedom and democracy. Such questions, and the discussion which this film makes possible, are urgently needed in the light of such unsolved dilemmas as Iraq, the philosophical basis for the removal of Saddam Hussein, the introduction of western-style democracy to countries like Iraq (or even Afghanistan). 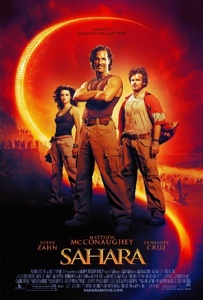 Master explorer Dirk Pitt goes on the adventure of a lifetime of seeking out a lost Civil War battleship known as the “Ship of Death” in the deserts of West Africa while helping a UN doctor being hounded by a ruthless dictator. Bring on Dirk Pitt! Here is a movie that wants to have fun, the cast wants to have fun. The audience ends up having fun. Steve Zahn is hilarious. Matthew McConaughey handles the limited demands of his role quite well. Penelope Cruz brings her ever-present charm and beauty to a role which is notable for being one of the few action-adventure roles written for a female that is not obnoxious in recent memory. You can’t take your eyes off William H. Macy whenever he is on screen in ANY movie. He’s that good. 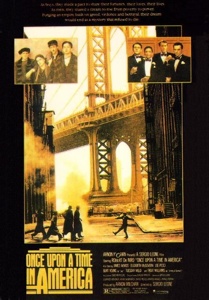 A former Prohibition-era Jewish gangster returns to Brooklyn over 30 years later, where he once again must confront the ghosts and regrets of his old life. I can really recommend this movie to everyone, but especially to people who like the gangster genre. When you want to see the movie, you better be sure that you will have the time for it. This isn’t a movie that is finished after 90 minutes. You’ll have to be able to stay focused during 3 hours and 47 minutes, which will certainly not be easy during the first 20 to 30 minutes. Some scenes at the beginning only make sense when you have seen the end of the movie. But when you are able to stay focused, you’ll find this one of the best movies you’ve ever seen. 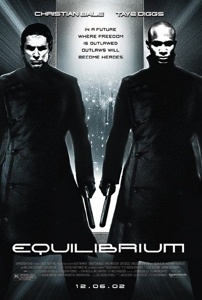 In a Fascist future where all forms of feeling are illegal, a man in charge of enforcing the law rises to overthrow the system. If you are a fan of such books as Brave New World, 1984, The Giver, or This Perfect Day or movies like the Matrix and Logan’s Run–Equilibrium is just the movie for you. In addition to a terrifying plot set in our very own future, the movie has mind-blowing action sequences that are choreographed beautifully (but not obviously) and shot brilliantly and spectacular acting on the part of Christian Bale. I hate predictable movies and this one is anything but…there are so many twists and turns, you’ll be on the edge of your seat with suspense the majority of the time. 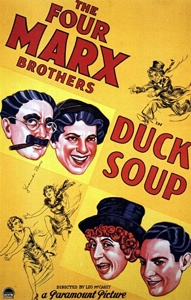 At the time of its release, this short feature film was a commercial failure at the box-office, although actual statistics about its monetary take are unavailable. American audiences in the early 1930s were put off by the cynical and scathing attitudes toward war, politics and nationhood displayed in the film. Although most critics have rated this absurdly funny film as one of the Marx Brothers’ best comedies, it was also considered a very subversive political satire (and banned in Italy by Mussolini). Groucho headlined as Freedonia’s prime minister Rufus T. Firefly who went to war because he was called an ‘upstart’ by the ambassador of the neighboring Sylvania.