Around a week ago we had a post that allowed you all to submit your questions to me via email on any topic of interest. Fortunately for me, most were about me and the site so they are fairly easy to answer. This is the first response post. There will obviously be a number of questions that I won’t answer in this post – some because I simply refuse to answer them (for personal / privacy reasons) and some because they are not the types of questions that would interest the majority of our readers. So, on with the Q&A.

Q. What is your favorite list?
A. Top 10 Incredible Sound Illusions

I had hours of fun showing friends and flatmates the sounds for this list while I was writing it up. It is the only list that I have spent hours on – going back to it to try the sounds out again and again. Second to this list, my favorite would be the incredible recordings. 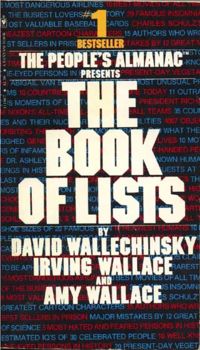 Q. What inspired you to start this site?
A. The Book of Lists

I was visiting my brother one day (kiwiboi), and he had a copy of the Book of Lists. I was flipping through the pages and really enjoying it – so I went home and bought myself a copy. I became absorbed by all the interesting lists and thought it would make a great website. By the end of that week I had registered this domain and launched the site! [EDIT: Kiwiboi just sent me an email from 2 months before the site started in which HE suggested a list based site – so we should all thank for him planting the seed!]

Q. Where do you get your ideas?
A. My head 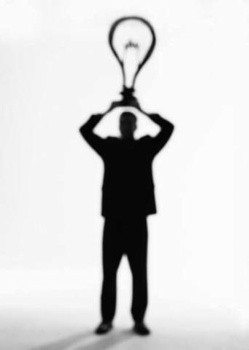 At the outset, I wrote all my lists based on subjects that had interested me in the past – so I was working within a limited set of topics (bizarre stuff, music, etc). As time went on and I exhausted my little brain’s supply of ideas, I started regularly checking my RSS feeds for more ideas. Around the same time (fortunately) people started to send in their own suggestions, so I have had a LOT of help and inspiration from that.

Q. Will the site be changing?
A. Yes and No

This was quite a long question asked by jesse. This is the entire question:

am i ever going to come to listverse and see that you arent so friendly to your guests via message boards, are you planning on making big changes with list verse for example you need to be a member to post (you shouldn’t thats one of the coolest things about the site)

First off, I hope I never get to a point that I am not friendly to everyone here! I love working on the site, reading the comments, and (as often as possible) commenting. If I got to the point where I was no longer enjoying it and becoming rude, I will give the site to Randall (just kidding – he asked if he could have it so I am teasing him – haha).

For the second part, yes – the site will be changing. I have approached a web development company about implementing everything I want to see on the site. The cost is $20,000 US so it is not going to happen until I can raise the money. Out of interest, you may want to know some of the features I have asked for:

1. Nested comments (reply to a comment, not just the whole list)
2. User profiles with inbox, favorites, and lots of other profile related stuff
3. Comment voting (with the ability to hide based on the vote number, or based on the user – ignore)
4. Single username for forums and main site, as well as uniform appearance

I have also specified that people MUST be allowed to comment without registering.

At present I don’t do any martial arts, but I did study Ninjutsu for a while some years ago. I was studying at a Bujinkan Dojo in New Zealand. The Bujinkan Dojos were started by Masaaki Hatsumi and, unlike many “ninja” training schools, you do not earn belts (though it is a graded system), you do not enter competitions, and you do not wear masks! There is a big emphasis on stealth and deception, as well as weaponry training (which includes modern weaponry) and focuses on uses your environment to your advantage. Something else which is quite unique to the system is the fact that you are taught to escape if you can (to avoid fighting) – but if not, to break bones or kill the opponent to ensure your safety and the safety of those you are protecting. Some practices are regarded as “dishonorable” by other martial artists and styles, but the Bujinkan system favors survival over “honor”. It is an excellent training system and I would strongly recommend it to anyone. You can see some of the moves demonstrated by Masaaki Hatsumi in the clip above. 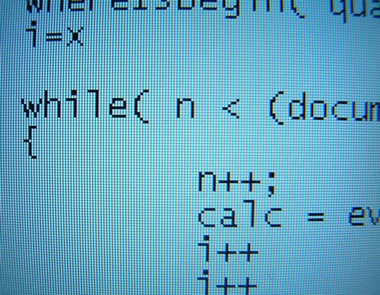 I currently don’t have a job – I completed my last contract about 1 month ago and have not bothered to get another job as I am going home to New Zealand in a month. I have worked professionally in two fields: opera (as a singer), and IT (as a software developer). Up until now I have been working as a developer. The programming language I use primarily is Delphi, but I have sufficient knowledge of C, Java, and C# as well. I am also moderately okay with PHP but it is fairly new to me. I have used PHP to make coding changes to this site – I am improving all the time.

Q. Which list is your least favorite?
A. Top 10 common methods of suicide

The reason this is my least favorite list is that it has been a constant pain in the butt. When I first published it, a lot of people complained (and emailed to complain). In addition, the comments became so infantile that I had to close them (twice!) The only reason the list is still on the site is because it is the most searched for page on the site (from Google) and I hope the warnings at the bottom (with phone numbers etc.) will be of use to someone who needs them. [Image made by Kevin Chapman] 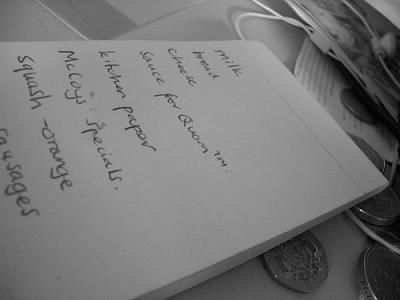 Q. Do you use lists in your daily life?
A. I do

Every week I write a list of meals for the next 7 days. Then I write a list of what I need to buy for those meals and that is the basis of my shopping list. Then when I need to cook (if I am cooking for a lot of people), I write a list of times to begin each stage of the cooking process. I also like to use todo lists when I have a big project I am working on. 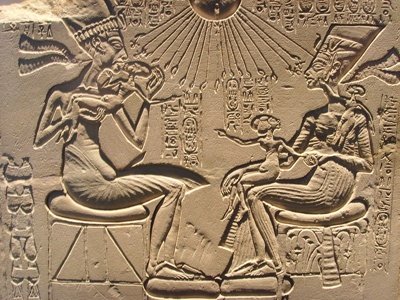 The other part of this question was: Two living. Two dead. One fictional. Here are my choices:

1. Pharaoh Akhenaten – I find his story fascinating and would love to have met him – not necessarily to talk to him, just to see what he looked like and how he lived and ruled in Egypt. That would also give me an opportunity to see his wife Nefertiti and decide whether she really WAS the most beautiful woman in the world.
2. William Burroughs – Burroughs is one of my favorite writers and I would love to have met him while he was alive. He is the author of Naked Lunch. I own almost all of his books.
3. Steve Jobs – I am an Apple fan – I do all my work on a Mac (even my Windows development) and I even travelled to San Francisco last year to attend the MacWorld Keynote speech. I own lots of Apple hardware and my prize possession is my iPhone! I would love to meet the man behind it all.
4. Joseph Ratzinger – He is, of course, now known as Pope Benedict XVI, but I would like to have met him before he became Pope. He is currently doing a lot of very interesting stuff in the Catholic Church; when he was head of the Congregation for the Doctrine of Faith (Office of Inquisition) he was much more free to discuss his ideas – I would be very interested to know where he is going with all of his recent changes.
5. John Galt – Galt is the central character (though he doesn’t appear until near the middle of the book) of Atlas Shrugged, by Ayn Rand. Atlas Shrugged is one of my favorite books, and John Galt is the philosophical glue that binds it together. I would love to meet him. 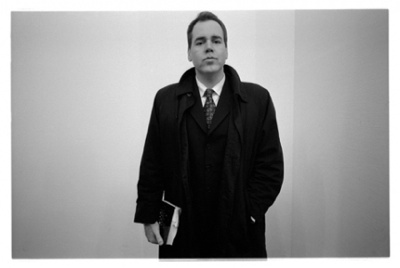 Q. If you could pick an author to write about you who would it be?
A. Brett Easton Ellis (pictured above)

I am a BIG fan of Brett Easton Ellis (author of American Psycho, The Rules of Attraction, and other book). I like his style of writing and I enjoy the topics he writes on (usually lifestyles of the privileged and lazy). I would like him to write the book on me because I would want the book to be fictional – though I would like to be a character in the book with my own personality traits exaggerated (wow – this is a really self-indulgent question/answer!) The question had a second part which is “what would the title be”? This is really tough to answer because his titles are not often obvious. I think I will let you all decide what the title should be!

In closing this list, thanks to everyone who sent in questions – I had a really difficult time deciding which questions to answer AND trying to answer. I hope you all like my choices and I hope you don’t mind such a personal list!

Finally, I am going on holiday at the end of the week (for 5 days) – if anyone has a half finished list they planned to submit – please do it now as it will help to reduce my load during the holiday.