It is often stated that only two things are certain in this world: death and taxes. One often-overlooked fact about the death-and-taxes phrase is that “taxes” is in plural form while “death” is in singular form. The reason is obvious, though. We die once but pay taxes over and over. Most of the time, we are even required to pay multiple taxes at once.

What we do not realize is that some countries impose ridiculous taxes on their citizens. And for those of us already paying one absurd tax or another, we are probably overestimating how crazy it is. Just wait until you read about the ridiculous taxes paid in other countries. 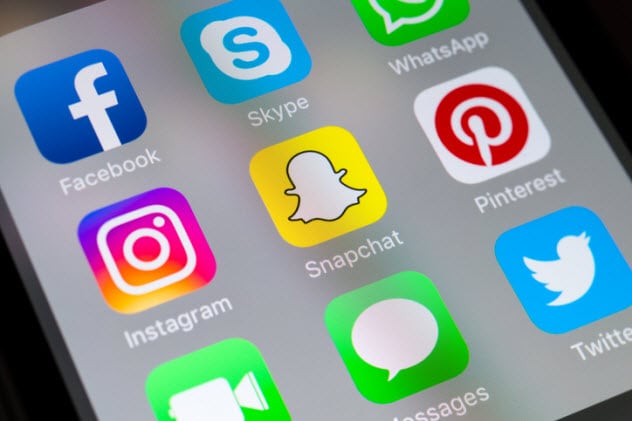 Uganda introduced a social media tax on June 1, 2018. The highly controversial tax requires citizens using social media sites and apps like Whatsapp, Facebook, and Twitter to pay 200 shillings ($0.05) per day of usage. Citizens are not required to pay the tax on days that they do not use the apps or sites.

Yoweri Museveni, the president of Uganda, stated that the tax was necessary to counter the threat of gossiping on social media. When he first promoted the tax months earlier, he stated that the money recovered from the tax would allow the nation to “cope with the consequences of gossiping.”[1]

The tax is not popular in Uganda, where citizens have accused the government of encroaching on their freedom of expression. The introduction of the social media tax is not the first time that Museveni has clamped down on social media. In 2016, he suspended access to all social media sites during elections due to claims that people used them to spread lies. 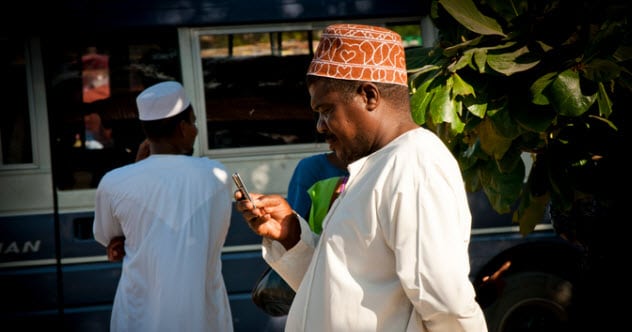 Do you want to blog in Tanzania? You had better be ready to dole out $440 a year to the government. Thanks to a new law passed under the Electronic and Postal Communications (Online Content) Regulations on March 16, 2018, the Tanzanian government requires all online content creators to get a license and pay an annual tax.

The law does not apply to bloggers alone, although they are the most affected. It also applies to social media users, online forum members, creators of videos and podcasts, online radio and television, and subscribers to online content.

The license is renewable at the same rate every year. Defaulters are liable for a fine of at least five million Tanzanian shillings (about $2,500), 12 months imprisonment, or both.[2] 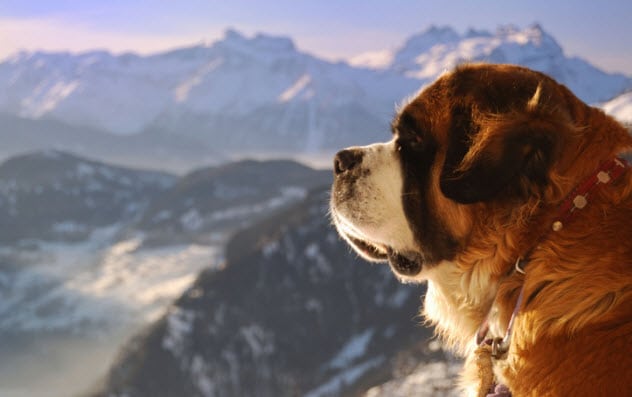 Do you live in Switzerland and own a dog? You had better be paying your annual dog tax, or your dog could get shot. The tax has no fixed rate and is dependent on the size of the animal. Depending on the municipality, guide and rescue dogs could be exempt or eligible for a reduced tax.

As expected with any tax, people sometimes avoid paying it. To ensure compliance, authorities of Reconvilier village, which has 280 dogs, threatened to shoot any dog whose owner refused to pay the tax. At that time, the tax in the municipality averaged $48.50 a year.

The municipal authority did not come up with the threat to kill the dogs. A law from 1904 actually allowed the government to kill dogs of owners who refused to pay the tax. Dogs of defaulters were killed from that time until the 1960s when the law was relaxed. However, the village of Reconvilier was strapped for cash, forcing its authorities to bring back the law.[3] 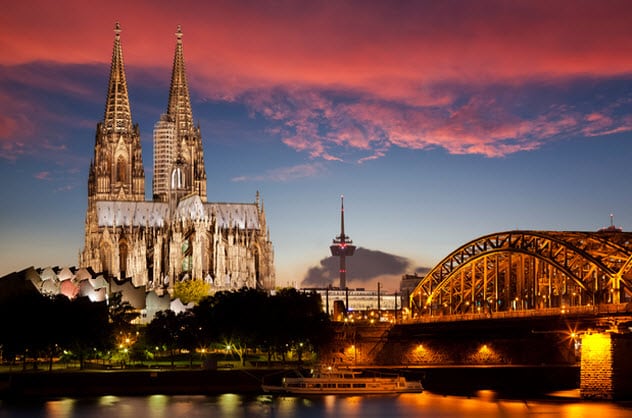 Catholic and Protestant Germans are expected to pay a certain tax on their income to fund their churches. The tax amounts to 8–9 percent of their capital gains (the profits from selling assets). It is collected by the government and given to their churches. This generates considerable income for both churches in the country as 30.8 percent (24.7 million) of its citizens are Catholics and 30.3 percent (24.3 million) are Protestants.

The only way to avoid paying the tax is to officially leave the church. However, this comes with some disadvantages. Any German who officially leaves the Catholic or Protestant Church automatically loses some perks, including the right to a religious burial, use of state-funded day cares, or access to all church-owned and some state-owned schools.

In addition, Catholics can’t make confessions in church or receive communion. They would also forgo the anointing of the sick unless they are close to death.

Nevertheless, some Germans are willing to lose these perks just to avoid paying the tax. Over 100,000 Germans officially leave each of the churches every year. In 2014, this figure almost reached 200,000 in each church after the government closed a loophole that had permitted citizens to avoid the tax because they did not have to report their capital gains.[4] 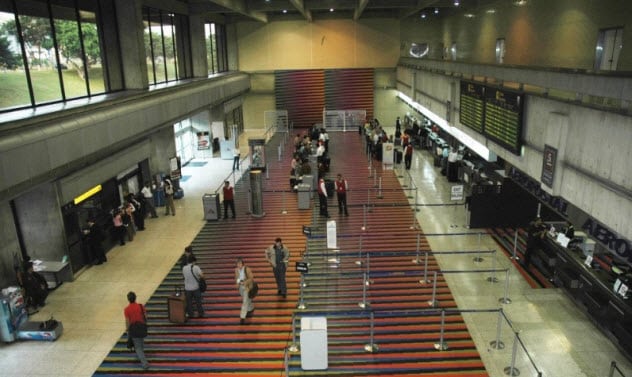 Venezuela does not actually tax people for breathing per se. However, it has imposed a special “breathing tax” of 127 bolivars ($20) on passengers flying out of Maiquetia International Airport in Caracas. The government stated that the tax was necessary to offset the cost of the newly installed air filtration system at the airport.[5]

According to the Ministry of Water and Air Transport, the air filtration system sanitizes and deodorizes the airport and stalls the growth of bacteria, thus protecting the health of all passengers. Many Venezuelans mocked the tax on social media. To some, it was enough evidence that the airport was broke and desperate to raise money. 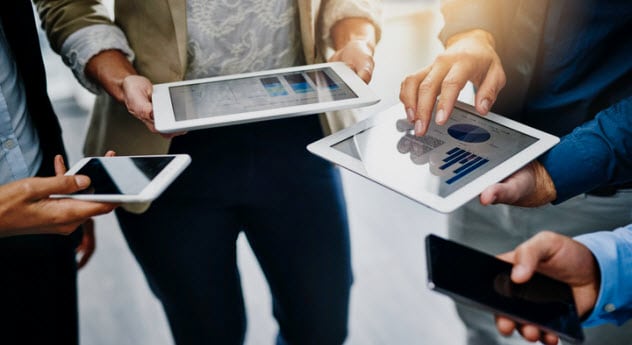 In 2013, France was considering the introduction of a special tax on smartphones and tablets. The tax, which would be 1 percent of the value of the device, would be used to fund the creation of French films, music, and pictures. The tax is based on the cultural exception policy that was introduced in 1993. Under the policy, French broadcasters were expected to pay a cultural tax to fund and promote French cultural projects.[6]

However, with the proliferation of the Internet, many broadcasters are bypassing traditional media to reach their audiences. This meant that they did not pay the tax, which was intended to protect French culture from the influence of US films.

The proposed tax was included in a budget law that the French parliament was to consider in November 2013. However, there is no further news as to whether the law was passed. 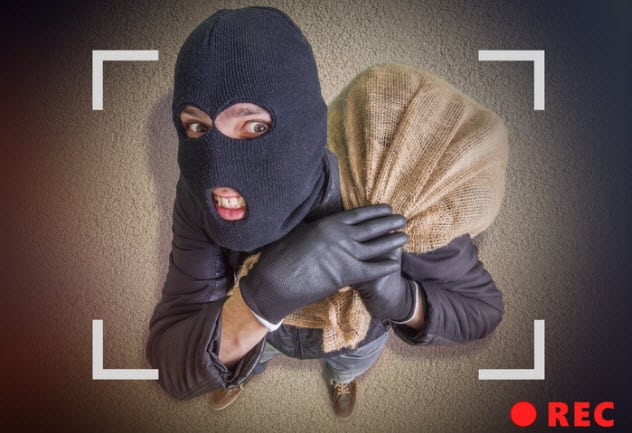 Are you a US citizen with an illegal means of income? Or you just received a one-off bribe? US federal law demands that you pay tax on it.

The United States Internal Revenue Service (IRS) demands that anyone who receives a bribe report it as part of their income and pay the applicable tax. The IRS also demands that income from illegal activities like drug dealing be reported and the appropriate tax paid.[7]

In cases of theft, the thief is expected to pay the appropriate tax on the current market value of the stolen item. The thief is only exempted from the tax if he returns the stolen property in the same year that he stole it.

Taxing of illegal income is highly controversial. It contradicts the Fifth Amendment, which gives a person the right against incriminating himself in a crime. The IRS has this covered, though. Anyone engaged in illegal deals does not need to reveal what they did to earn the money. They could just list it as “other income” and pay the applicable tax.

Defaulters must prove payment of these taxes if they are ever arrested for their crimes. If they cannot prove that they paid the applicable taxes, they will be charged for tax evasion along with the regular criminal charges.

That could be a big deal. Infamous US gangster Al Capone went to prison in the 1930s for tax evasion and not for murder, the illegal sale of alcohol, or the other criminal activities of his organized crime syndicate. 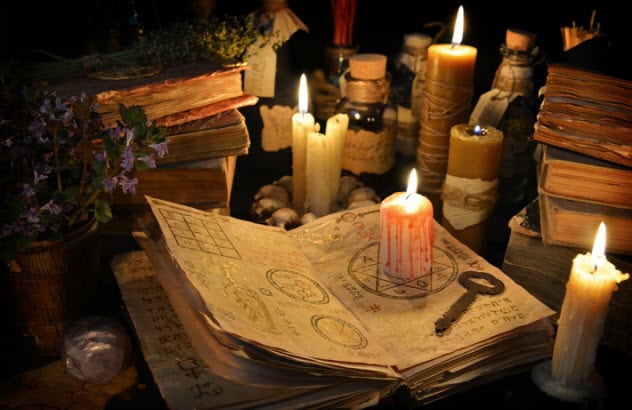 Witchcraft and fortune-telling is big business in Romania, where many people still believe in superstitions. However, the trade was not recognized by the government and, thus, was not taxable. This changed when Romania found itself in recession.

To generate more money, the government imposed taxes on several occupations it had previously not been taxing. This included controversial professions like witchcraft, fortune-telling, and astrology as well as less questionable jobs like diving instructors, valets, and embalmers. According to the new law, they were all required to pay 16 percent of their income as tax.[8]

The tax divided opinion among Romania’s witches. While some viewed it as the official recognition of their job by the government, others disagreed. They were hostile toward the new tax and threatened to cast spells on the government. The witches warned that they would gather at the tip of the Danube River and throw a mandrake plant into the water to curse the politicians who had created the new tax. 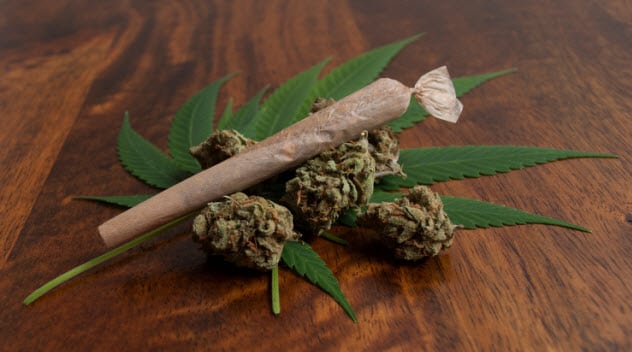 The legalization of marijuana remains a bone of contention in the United States. To be clear, medical marijuana—which you can only buy with a doctor’s prescription—is legal in 29 states and Washington, DC, while recreational marijuana—which you take for pleasure and do not need a doctor’s prescription to buy—is only legal in nine states and Washington, DC. However, the US federal government considers marijuana as an illegal item despite contradictory state laws.

Yet, the IRS, a federal agency, requires businesses that plant and sell marijuana to pay federal income tax on this illegal substance. These businesses do pay applicable state income taxes and marijuana sales taxes as well. The IRS tax rules on marijuana businesses are even more stringent than those applied to normal businesses.

Since the US federal government classifies marijuana as illegal, the IRS also recognizes the proceeds of marijuana businesses as illegal and even considers their operations as trafficking. The result is that marijuana businesses cannot deduct expenses for rent, advertising, and employee salaries like other companies. So they pay higher taxes than other businesses.

The only allowable deduction is the expense of growing the marijuana, which the IRS considers as “cost of goods sold.” The stringent IRS tax law is the reason that many marijuana companies cannot afford to open in states where marijuana is legal. Depending upon location, they will be required to pay 40–70 percent of their income as tax.[9]

However, federal tax law is currently much more generous with deductions for Farm Bill–compliant growers of “industrial hemp.” 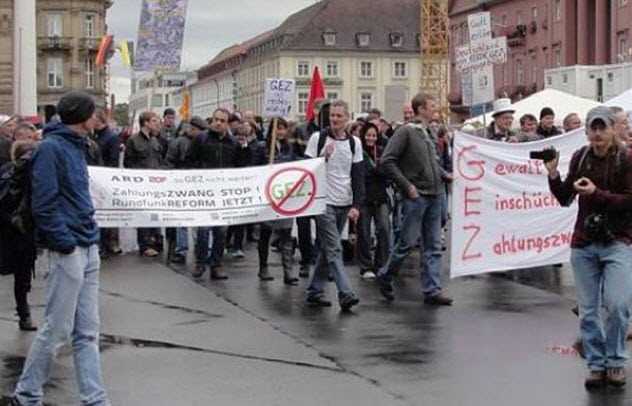 In the 1970s, Germany introduced a special tax on citizens who own radios and televisions. It amounts to about $20 a month and is used to fund the state-owned television and radio networks. The tax caused civil unrest in 2013 when the government required that everyone pay it, even if they didn’t own a television or radio.

Many Germans protested the tax, and some even sued Beitragsservice, which collected the tax on behalf of the government. Beitragsservice resorted to threats of fines and imprisonment to recover the tax. Germans protesting the tax referred to the Beitragsservice as “GEZ-stapo,” a pun on GEZ (the name of the tax) and the Nazi-era Gestapo. On the other hand, the German state-owned media called the protesters GEZ rebels.[10]

Read about the effects of more bizarre tax policies on Top 10 Truly Bizarre Taxes and 10 Of The Richest Tax-Exempt Organizations.