From well before Biblical times, man has told amazing tales of giants. The likelihood of seeing a true giant was so slim that they have always been a part of folklore. But, thanks to modern record keeping and photography, we can now all see first hand, true living giants. This is a list of the top 10, ordered from shortest to tallest.

Now giants were upon the earth in those days. For after the sons of God went in to the daughters of men, and they brought forth children, these are the mighty men of old, men of renown. Genesis 6:4 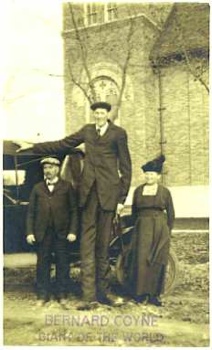 Coyne was born in 1897 in Iowa, USA. His 1918 World War I draft card listed his height as 8 feet. His Guinness book of records entry states that he was refused entry to the war due to his height. At the time of his death it was possible that he had reached the height of 8 foot 4 inches. He died in 1921 of hardening of the liver and a glandular condition. He is buried in his place of birth in a specially made extra-large coffin. 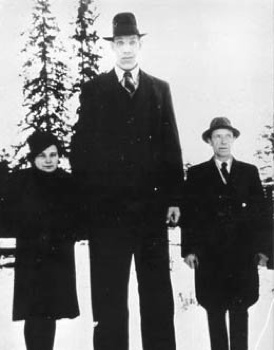 Myllyrinne was born in Finland in 1909. At one point he was officially the world’s tallest man. At the age of 21 he was 7 feet 3.5 inches tall, and weighed 31 stone. He experienced another growth spurt after that which took him to his final height of 8 feet 3 inches. He is considered to be the tallest soldier in history as he was in the Finnish army. He died in 1963. 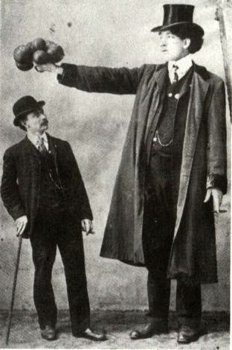 Edouard Beaupré, born in 1881, was a circus sideshow freak, a strong man, and a star in Barnum and Baileys. He was the eldest of 20 children and was born in Canada. While he was of normal height during his first few years of life, by the age of nine he was 6 feet tall. His death certificate showed him as being 8’3″ and still growing. As a strongman, his feature stunt was crouching down and lifting a horse to his shoulders. He reportedly lifted horses as heavy as 900 pounds. He died in 1904 of tuberculosis. 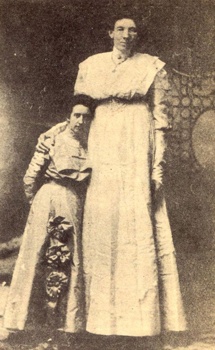 Ella Ewing was born in Missouri in 1872. She is known as the ‘Missouri Giant’. She grew normally until the age of 7, at which time she began to grow rapidly. Her maximum height is disputed and due to the lack of records she is not listed in the Guinness book of Records. She toured as a side-show freak until she died of tuberculosis in 1913. 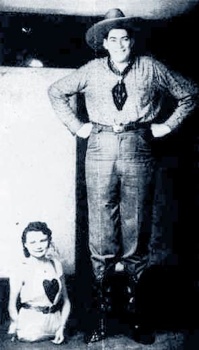 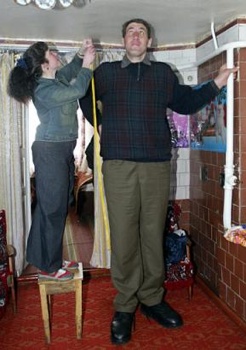 Leonid Stadnyk was born in 1971 in the Ukraine. He is a registered veterinary surgeon and lives with his mother. He is currently the world’s tallest human according to the Guinness Book of Records. According to Pravda, his health is slowly failing in that he needs to hold on to limbs of trees and the side of his house to walk about. A group of Ukrainian business people donated a satellite dish and a computer to Stadnyk and now he has Internet access. 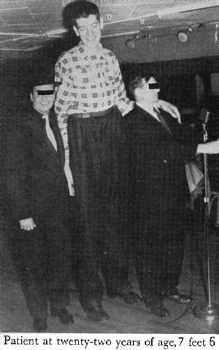 John Carroll (born in 1932) was born in Buffalo, New York and was known as the Buffalo giant. Despite a large number of medical treatments, he grew at a very rapid rate. He grew seven inches in a matter of a few months. He died in 1969 and while his height was not recorded at the time, it is believed that he was very close to nine feet. 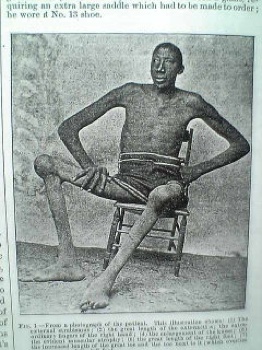 John Rogan was born in 1868 and he grew normally until the age of 13. His height was not officially recorded until his death at which point he was 8’9″ tall. Due to illness he weighed only 175 pounds. He is the tallest African American ever. He died in 1905 due to complications from his illness. 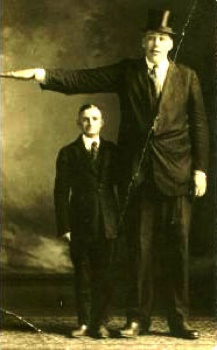 Johan was born in America the year that his mother moved there from Norway. He beats John Rogan to the second spot on this list by a mere 1/4 of an inch. Interestingly his mother was also a giant, at 7’2″. According to his death certificate from Mendocino State Hospital, at the time of death he was 9’2″ – if this is true then he is the tallest recorded human – beating our number 1 spot by 3 inches. He is buried in Montana. 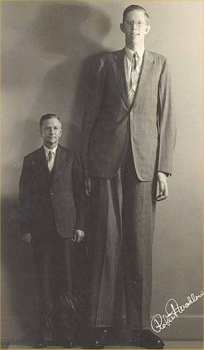 Robert Wadlow is the tallest man in history whose height is verified by indisputable evidence. He is often referred to as the Alton giant because he came from Alton, Illinois. At the time of his death he weighed 440 pounds and showed no signs of stopping growing. He was born in 1918, the oldest of five children. He died at the age of 22 from an infection caused by a blister on his ankle, which he got while making a professional appearance at the National Forest Festival. His coffin weighed half a ton and required 12 pallbearers to carry. He was buried in a vault of solid concrete as his family had fears that his body would be interfered with by curiosity seekers.