Grimoires are books of magic, invocations, and that lot which usually describe ways to summon angels, demons, and other unworldly beings by performing some time-consuming rituals. The summoner can then use these supernatural creatures to pursue their own worldly ends like fortune or love.

Of course, for the modern man, gaining a fortune or winning the love of his beloved is simply not enough cause to memorize page upon page of ancient Hebrew. When compared to the success rate of these books, one would have a better chance of winning the lottery or expecting his beloved to accept him for who he is.

It is a dated thing to waste your time on anything less than the acquirement of unbridled power. So, we have gathered here a list of grimoires that have the common man’s larger-than-life interests in mind. These books contain spells and rituals for some truly unearthly deeds. 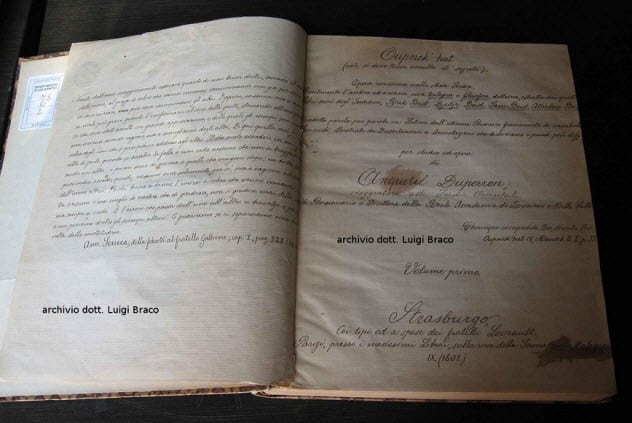 The Oupnekhat is a Persian work possibly derived from a 19th-century German translation of an earlier Latin edition, which was likely a revision of the Hindu Upanishads. The Upanishads are several books that contain esoteric wisdom concerning Hindu metaphysics, which can be compared to various other Hindu treatises and scriptures.[1]

The Oupnekhat aims to aid the production of wise visions. It details rituals to become one with the great being, presumably the Brahma (one of the three supreme gods in Hinduism). The practitioner tries to become the Brahma-Atma, the divine spirit, which is an altogether lovely goal.

If only the book didn’t also admonish the practitioner for needing it at all to reach this state.

9 The Sworn Book Of Honorius 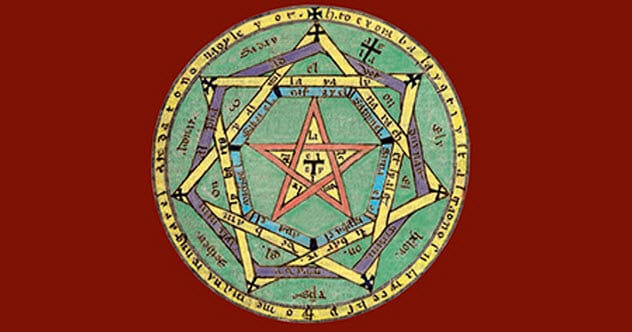 The Sworn Book of Honorius is purportedly one of the oldest existing medieval grimoires, having been mentioned as early as the 13th century in written records. The prologue claims that the text was compiled to preserve the core teachings of sacred magic in the face of persecution. This is somewhat paradoxical to the heavy restrictions that the text lays out against duplication and circulation.[2]

The 93 chapters of the book cover everything from catching thieves to saving a few souls from purgatory. There is detailed instruction on conjuring and commanding spirits, a staple for any respectable grimoire.

Among many other things, the user can view purgatory, know the time of one’s death, bury empires, become invisible, and obtain knowledge of all the sciences. As far as getting your money’s worth is concerned, there is probably no better deal than the Amazon listing for this book.

8 The Book Of Abramelin 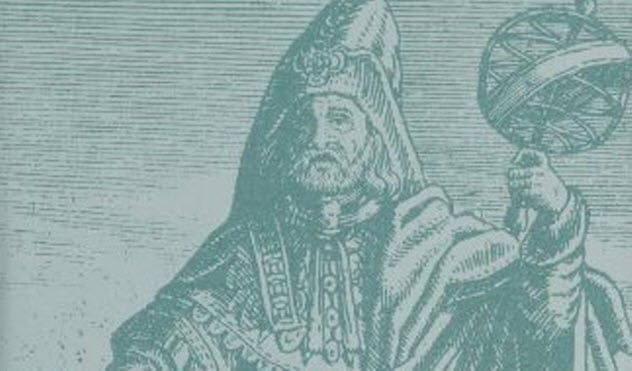 Known in less busy circles as The Book of the Sacred Magic of Abramelin the Mage, The Book of Abramelin is a long letter addressed to the author’s son. In a bout of irresponsible parenting, the author explains magical apparatuses and rituals concerning the invocation of spirits.

The text initially spends several chapters detailing the myth of how the author came upon this knowledge and then uses several more to talk about the preparations for the rituals. Once the terms and conditions are out of the way, the user can perform the ceremony to call about spirits who then perform a feat or two for their summoner.[3]

These feats include but are not limited to walking on water, reviving a dead body, causing an army to appear, and transforming men into animals and vice versa.

7 The Munich Manual Of Demonic Magic 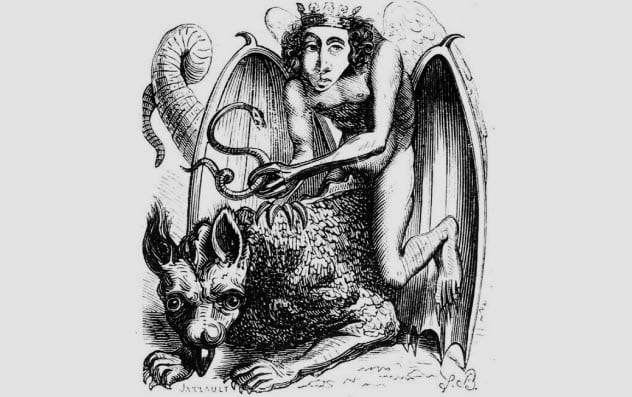 The Munich Manual of Demonic Magic, a 15th-century grimoire, breaks tradition by concerning itself solely with the evocation of demonic spirits, ignoring angel folklore and less eerie spirits.

The book classifies its experiments as illusory, psychological, or divinatory.

The illusory experiments can make a thing appear as something it is not, allowing the user to become invisible or make the dead appear to be alive if they so wish. The psychological experiments grant the user influence over the minds and wills of others. And the divinatory experiments involve the cooperation of demons to know all things past, present, and future.[4]

6 The Clavicle Of Solomon, Revealed By Ptolomy The Grecian 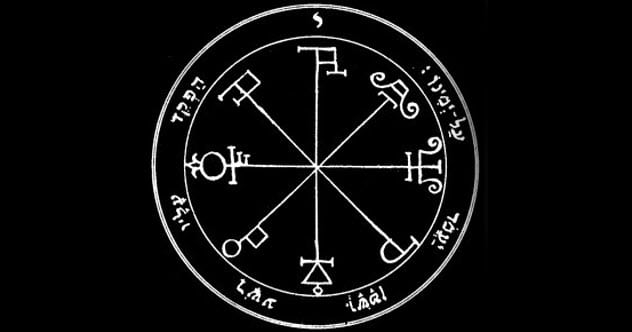 The Clavicle of Solomon, revealed by Ptolomy the Grecian represents one of the earliest manuscripts of the infamous Key of Solomon, the most influential grimoire in existence.

The book details some very broadly named experiments of invisibility, love, envy and destruction, mocking and laughing, and grace and impetration. Surely, one of these categories would cover every lofty thing a practitioner of magic can think of.[5] 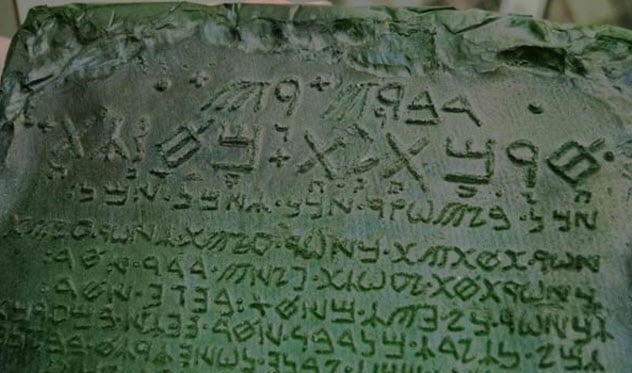 The Emerald Tablet is ancient enough that even its original language is debatable. The oldest documented source for the text is an Arabic work written in the eighth century.

The tablet heralds the secrets of the universe.[6] And that is about all that needs to be said for it. 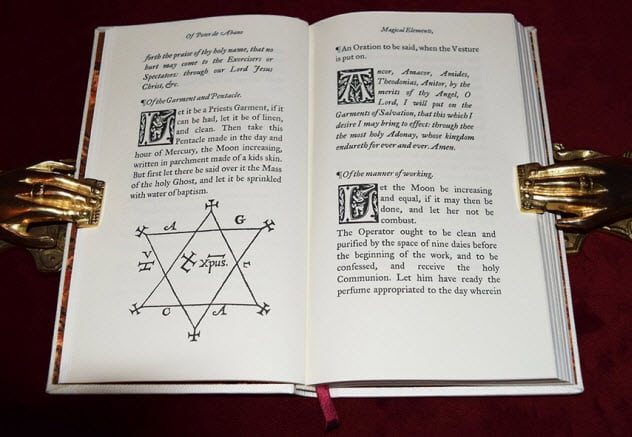 The Heptameron is a guide to angel magic that can be dated to medieval times, if not further back. It has been attributed, probably falsely, to Peter de Abano, a 13th-century physician famously reputed to be a magician.

The text concerns itself with rites to conjure angels for each of the seven days of the week. It analyzes the nature of each angel and the services they can provide to the practitioner. Some highlights include the angels of Tuesday, who can provide an army of 2,000, and the angels of Wednesday, who can reveal all earthly things—past, present, or future.[7] 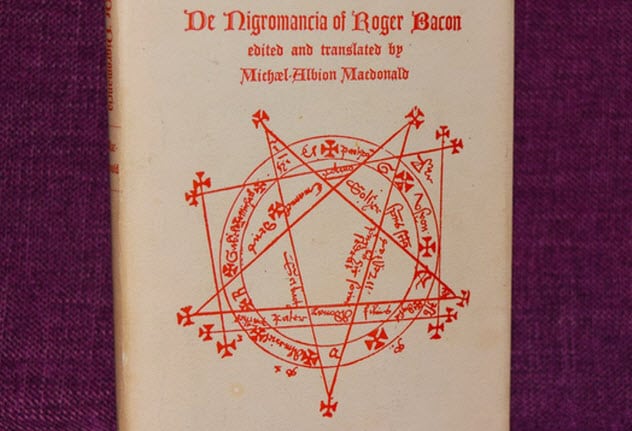 De Nigromancia is a 16th-century Latin manuscript attributed rather falsely to the famous English scientist Roger Bacon. It is among a number of occult manuscripts ascribed to Bacon, who in his life was openly opposed to false claims of authorship and felt that books attributed to the biblical King Solomon should have been banned by law.[8]

The title refers to necromancy, the branch of magic concerned with the raising and controlling of the dead. The book offers instruction on occult practices following from necromancy. The text focuses on ceremonial magic, specifically a branch known as Goetia, for the summoning of less amiable spirits, such as wraiths. To aid the process, several illustrations of sigils, pentagrams, and seals are provided. 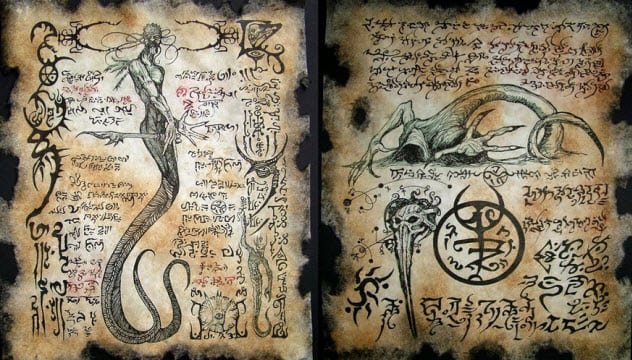 The Picatrix is a 400-page document, originally written in Arabic, which concerns itself with celestial magic. As the style of writing reflects that of a student notebook, some historians ascribe it to an unknown apprentice of a Middle Eastern magic school.

The central theme of the text is obtaining and channeling energy from the planets of the cosmos. The intention is to have the practitioner harness energy from the cosmos and use it to subjugate circumstances to his will. The text borrows from numerology and astrology to guide the rituals needed for such magic.

Unlike many Western grimoires, the book also includes bizarre recipes to be prepared for certain spells. Ingredients for these recipes include all manner of bodily fluids and psychoactive plants. The latter may be responsible for some of the grimoire’s supposed authoritativeness.[9] 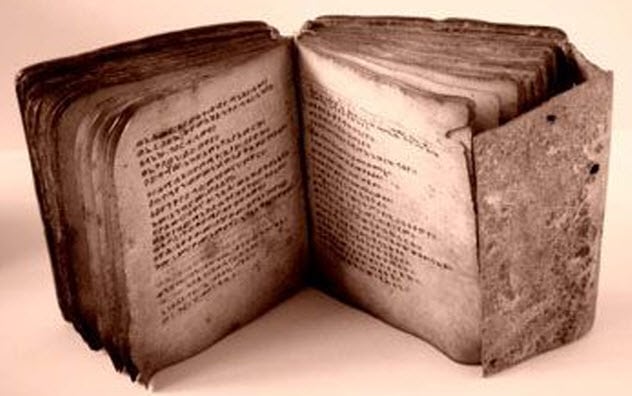 Considered one of the most famous and outrageous grimoires of black magic, The Grand Grimoire is associated with some truly outlandish myths. The authoritative manuscript is allegedly kept in the Vatican’s secret archives, and the text is said to be fire-resistant.

While it cannot be dated much sooner than the early 1800s, it is said to have been written by King Solomon himself. More so, the English translation of the book by A.E. Waite omits a significant portion of the text, apparently in an attempt to render the remaining translation useless, if not destructive, to the practitioner.[10]

All the superstition surrounding The Grand Grimoire is justified by its contents. The defining ceremony of the book focuses on conjuring and making a pact with the devil. Once the pact is made, the conjurer can have unbridled power in his hands.

There is other instruction on making a Philosopher’s Stone, enchanting firearms, making oneself invisible, and that lot. But it seems quite diminutive as a follow-up to summoning Lucifer. Perhaps, the Vatican allegedly made the right move.

Micah is an unemployed graduate still trying to trap.