These are the stories of people (mostly youths) who were kidnapped or seriously abused.  In researching a couple of entries I added to this submission, I was horrified to find that this type of thing is quite common.  For obvious reasons, this list is in no particular order. 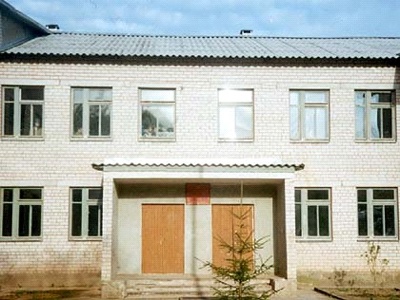 Masha was living in a Russian orphanage when an American man was allowed to adopt her.  He was divorced and no background check was done on him; also no follow-up visits were ever conducted by the New Jersey based adoption agency.  He began sexually abusing her almost immediately, and shortly thereafter, using her in internet child pornography.  So much so that the police began a task force to find this poor child who was all over the internet.  The search was profiled on CNN, where police digitally removed the girl’s image leaving only her surroundings in the hopes someone would recognize her location.  One picture people were able to identify was a bedspread from a hotel at a Disney theme park.  After several years of this incomprehensible lifestyle, Masha was rescued by police. 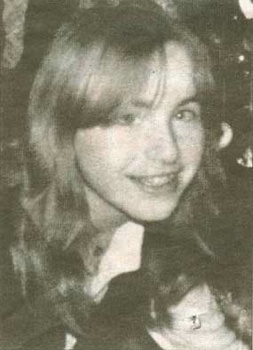 Elizabeth Fritzel’s father Joseph kept her locked in a secret basement compound in Austria for 24 years with three of the seven children he fathered with her.  Fritzel and his wife, Rosemarie, raised the other three living children Joseph Fritzel fathered with his eldest daughter.  Upon finding out what was going on in the cellar, the Fritzel family as well as their community were apparently shocked by the news, completely unaware of Joseph Fritzel’s evil tendencies.  Regarding the three children who lived their lives entirely in the cellar, Kerstin Fritzel, 19, and her brothers Stefan, 18, and Felix, five, have been alone in the cellar for so long that they developed their own type of communication via growls, grunts and animal like sounds.  Elizabeth Fritzel had tried to teach them and let them have a normal life in the cellar. 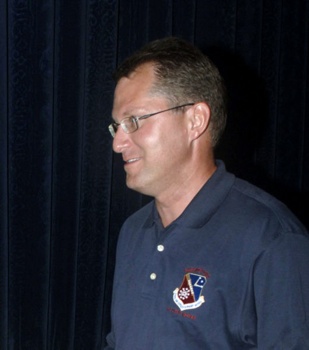 David Pelzer is the author and subject of the gut-wrenching true story “A Child Called It.” He spent his childhood enduring unimaginable abuse at the hands of his mother, while his father and siblings simply watched.  David’s mother was apparently relatively loving and caring to his siblings, but had a deep, unfathomable hatred for David that lead her to put him through increasingly creative and shocking punishments.  He was eventually rescued by concerned school officials. 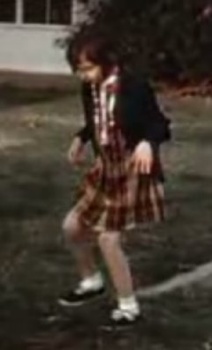 Genie was a girl born in California in 1957 who spent nearly all of the first 13 years of her life locked in her room.  Born to mentally unstable parents, at a very young age Genie was diagnosed as developmentally delayed and her father took that diagnosis and decided on his own treatment for Genie.  Genie spent the next 12 years of her life locked in her bedroom.  During the day, she was tied to a child’s potty chair in diapers; at night, she was bound in a sleeping bag and placed in an enclosed crib with a cover made of metal screening.  Her father beat her every time she vocalized, and he barked and growled at her like a dog in order to keep her quiet.  He also rarely allowed his wife and son to leave the house or even to speak, and he expressly forbade them to speak to Genie.  By the age of 13, Genie was almost entirely mute, commanding a vocabulary of about 20 words and a few short phrases (nearly all negative), such as “stop it” and “no more”.  Genie was discovered at the age of 13, when her mother ran away from her husband and took her daughter with her. 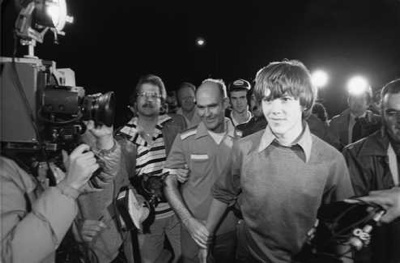 Steven Stayner was an American child who became famous after he was kidnapped as a seven-year-old and held captive by his abductor, to be reunited with his family seven years later.  The kidnapper, Kenneth Parnell, sexually abused Steven, but also enrolled him in school and convinced Steven he had legal custody of him.  It wasn’t until Parnell kidnapped another, younger boy that Steven escaped, taking the boy with him.  A television movie was made about Steven Stayner’s ordeal called I Know My First Name is Steven.  Ironically, Steven’s brother Cary Stayner felt neglected as his parents grieved over the loss of Steven and later went on the become the Yosemite serial killer. 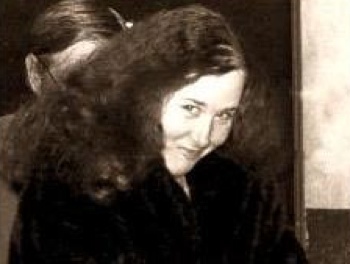 Colleen Stan is a woman who was kidnapped and sexually assaulted by Cameron Hooker in Red Bluff, California in 1977.  On May 19, 1977 Hooker kidnapped Colleen Stan a.k.a.  “Carol Smith.” Cameron’s wife, Janice Hooker, assisted in the kidnapping.  Stan was held in captivity for the next seven years.  During her imprisonment, Colleen was tortured, sexually assaulted, and led to believe that she was being watched by a large organization called “The Company”.  Hooker had her sign a “slavery contract” supposedly from “The Company”.  He assigned her a new slave name, “K”, causing comparisons to the Story of O.  She was also led to believe that members of her family would be harmed if she attempted to escape.  She may have experienced Stockholm syndrome.  Hooker kept Stan locked in wooden boxes that he had made.  One of the boxes was located under the bed that he shared with his wife.  Hooker was sentenced to consecutive terms for the sexual assaults, which totaled 60 years.  He also received 1 to 25 years for the kidnapping, plus a 5 to 10 year sentence for using a knife in the process. 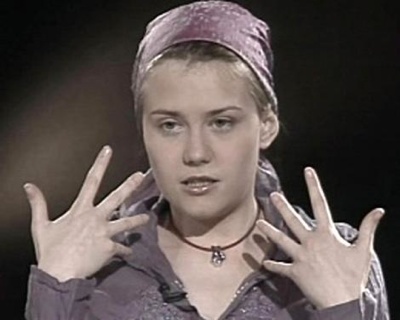 Natascha Kampusch is an Austrian woman who was abducted at the age of 10 on 2 March 1998, and remained in custody of her kidnapper, Wolfgang Priklopil, for more than eight years, until she escaped on 23 August 2006.  During the eight years of her captivity, Kampusch was held in a small cellar underneath Priklopil’s garage.  For the first six months of her captivity, Kampusch was not allowed to leave the chamber at any time, and for several years after her kidnapping she was not allowed to leave the tiny space at night.  According to Kampusch’s official statement after her escape, she and Priklopil would get up early each morning to have breakfast together.  Priklopil gave her books, so she educated herself, and according to a colleague of his, she appeared happy.  The 18-year old Kampusch reappeared on 23 August 2006.  She was cleaning and vacuuming her kidnapper’s BMW 850i in the garden.  At 12:53pm, someone called Priklopil on his mobile phone, and he walked away to take the call because of the vacuuming noise.  Kampusch left the vacuum cleaner running and ran to the police.  Priklopil, having found that the police were after him, killed himself by jumping in front of a suburban train near the Wien Nord station in Vienna.  He had apparently planned to commit suicide rather than be caught, having told Kampusch that “they would not catch him alive.” 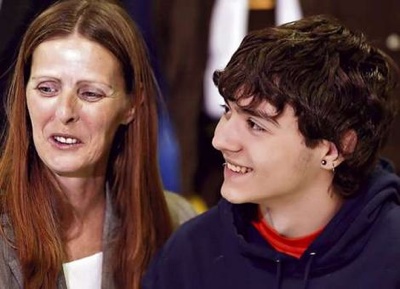 Michael John Devlin is a convicted American child molester currently serving 74 life sentences.  He is known for his confessed kidnapping of two boys, Shawn Hornbeck and Ben Ownby.  On January 12, 2007, Devlin was taken into custody and charged with the abduction four days earlier of 13-year-old William “Ben” Ownby, whom police found that day.  Upon his discovery, law enforcement officials found another missing teenage boy, Shawn Hornbeck, who disappeared on October 6, 2002, at age 11 while riding his bike to a friend’s house in Richwoods, Missouri.  The 2002 abductee lived with Devlin, masquerading as father and son.  He was separated from his family for a total of four years and three months.  Devlin was charged in federal court with four counts of producing child pornography and with two counts of transporting a minor across state lines to engage in sexual activity in both Arizona and Illinois.  He was sentenced to 170 years (in addition to the sentences for kidnapping and rape) for making pornography of one of the boys while in captivity.  Hornbeck is pictured above. 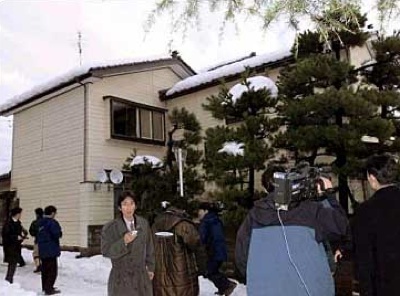 Fusako Sano is a Japanese woman who was kidnapped at age ten by Nobuyuki Sato (a 28-year-old mentally disturbed unemployed Japanese man), and held in captivity for nine years and two months from November 13, 1990 to January 28, 2000.  In Japan, the case is also known as the Niigata girl confinement incident.  The house in which he kept her for the entire time is only 200 meters from a koban (police box), and 55 kilometers from the location where she was kidnapped.  While Sano was initially scared, she eventually just gave up and accepted her fate.  Allegedly, the kidnapper kept her tied up for several months, and used a stun gun for punishments if she did not videotape the horse racing on TV.  Sano was also threatened with a knife and beaten.  Upon her rescue Sano was found to be healthy, although extremely thin and weak due to lack of exercise: she could barely walk.  She was also dehydrated.  Due to the lack of exposure to sunlight, she also had a very light skin tone and suffered from jaundice.  While her body was that of a 19 year old woman, mentally she acted like a child. 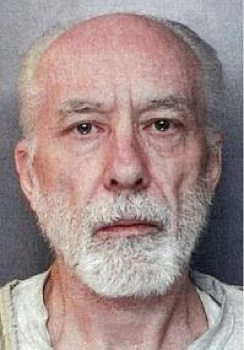 Jamelsek is an American serial rapist-kidnapper who, from 1988 to his apprehension in 2003, kidnapped a series of women and held them captive in a concrete bunker beneath the yard of his home in DeWitt, a suburb of Syracuse, New York.  His story was the basis of the character Jamie Gumm in Silence of the Lambs.  Jamelsek raped each of his victims and inflicted cigarette burns on them.  After the discovery of the dungeon, police also found several video recorded entries with at least one woman on the tape.  In the tapes, the viewer can see Jamelske dancing, singing, and also exercising with the woman.  He prefaced each rape with a Bible study, in which after a review of a certain passage and discussion he would then begin to rape the victim.