The rise of the killer robots might be justified. People can be really mean to machines—so much so that programmers are teaching droids to run from abusers. The American Society for the Prevention of Cruelty to Robots (ASPCR) also continues to fight for their rights.

But while robots face violent lust and discrimination in the workplace, they are also being waterboarded and gunned down for a good cause.

8 Fired For Being Too Good

‘Flippy’ Fired? Fry Cook Robot Was Too Good at His Job

One of the main reasons for robotics is to make the workplace more efficient. Whoever invented that dream didn’t consider the power of human disgruntlement—especially when you suddenly turn into a less efficient staff member because you’re human. Flippy’s case was a good example of people ousting a robot instead of a robot taking away somebody’s job.

Created by Miso Robotics, Flippy was the world’s first autonomous kitchen assistant. In 2018, it landed a job at a CaliBurger restaurant in California. The robot was tasked with flipping burger patties on the grill. Using its spatula hand, Flippy performed the task flawlessly and stacked the cooked patties for the kitchen staff to use.

The robot’s artificial intelligence and thermal vision optimized the process (a little too much). Flippy’s human colleagues couldn’t keep up with the fast-growing mountain of patties. After two days on the job, the robot was fired. Miso Robotics’ plan of having a Flippy in every CaliBurger was suspended.[1] 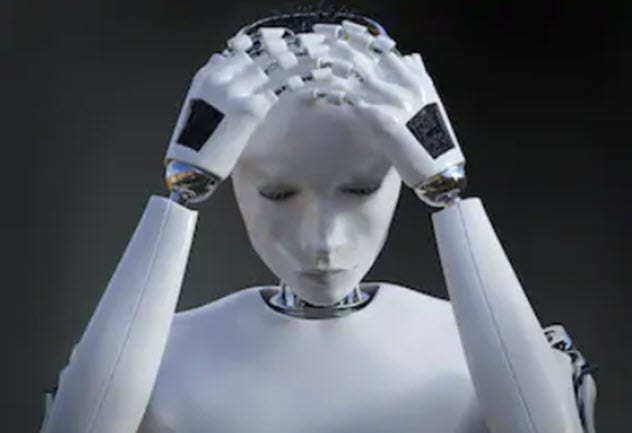 Meet the American Society for the Prevention of Cruelty to Robots (ASPCR). Founded in 1999, the ASPCR is based in Seattle. At the moment, they don’t have a waiting room full of disgruntled and artificial clients, but that could change one day.

Futurists like those in the ASPCR believe that robots and humans are destined to become equal. These visionaries believe that consciousness and organic intelligence will spontaneously arise in machines, prompting the need for rights and protection.

As an example, the ASPCR might assist a sentient robot to apply for citizenship in a country where it is legally protected against forced labor. They also imagine that supercomputers might file a class action lawsuit for being turned off without their permission.

The advocacy group pointed out that its existence is not ridiculous even though there isn’t a sentient android in sight. The organization is based on the Royal Society to Prevent Cruelty to Animals, which also triggered snickers when lobbyists created it during the 19th century. People didn’t believe animals needed rights back then, just as people don’t believe that robots deserve legal protection now.[2]

6 There’s A Robot That Teaches Kindness 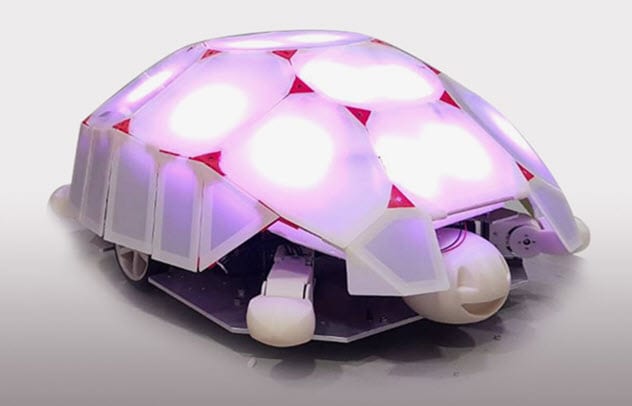 Kids are some of the worst offenders. When parents aren’t looking, they kick and punch robotic toys and even maul public machines. In 2018, Naver Labs came up with a novel idea. Why not invent a toy that could teach children that mistreating robots is wrong?

The company created a tortoise named Shelly. To make sure that kids wanted to play with it, the robot was designed to be cute and interactive. Their desire to play with Shelly was crucial to the toy’s educational purpose.

When a kid got rough, Shelly changed color to show that it was sad or frightened. Then the tortoise disappeared into its shell and refused to come out for a while.

It had the right effect. When a group played with Shelly, they stopped the mean kid from “hurting” the robot or shut the child out of the game. Only those who treated the tortoise with respect were allowed to enjoy the toy.

The South Korean company admitted that robots cannot feel pain or truly understand abuse. However, today’s children are looking at a future stocked with robots delivering valuable public services. Shelly’s designers want children to learn at a young age to respect robots. Hopefully, this will limit their urge to vandalize machines as adults.[3]

5 A Sex Robot Was Badly Molested

In 2017, Austria hosted the Arts Electronica Festival. The fair had a special artificial guest. Samantha was a realistic-looking woman, and her AI endowed her with the ability to hold a conversation (to a point). She also reacted to being touched, moaning when somebody felt her hands or hips.

The high-tech sex robot was developed in Barcelona and came with a price tag of £3,000. But visitors at the fair were allowed to interact with the doll for free. Since it was a public space, that meant keeping your pants on.

Despite this rule, a crowd of men took things too far. To the horror of the robot’s designer, guys humped her from all angles. The robot ended up with broken fingers and unsavory marks. Eventually, she broke down and stopped responding.[4]

Her disgusted developer removed the molested doll from the display and shipped Samantha back to Barcelona. There, she was repaired and cleaned.

Yep, we’re back with the juvenile horrors. To be fair, most kids love robots and treat them well. But for some reason—in Japan, at least—one machine is tormented by children at the mall. Robovie 2’s job is to wander around an Osaka mall and greet visitors.

When someone blocks its path, Robovie asks them to step aside. Most adults and teenagers allow the bot to pass. The children, however, have panoramic ideas on how to torment Robovie.

Some refuse to get out of the way, cover the bot’s eyes, or link hands around the machine to prevent it from moving in any direction. The really cruel kids kick and hit Robovie, and those training to be psychopaths try to wrench the robot’s head off.

The bot’s programmers were fed up. The kids weren’t listening to reprimands, and the robot was suffering costly damage. The solution wasn’t dignified. Robovie was reprogrammed to run away when children loomed.[5]

The droid scanned every person for height. Anyone below 140 centimeters (4’7″) made it zoom off toward the nearest adult, who would then hopefully tell the kids off.

3 One Was Arrested For Participating In A Rally 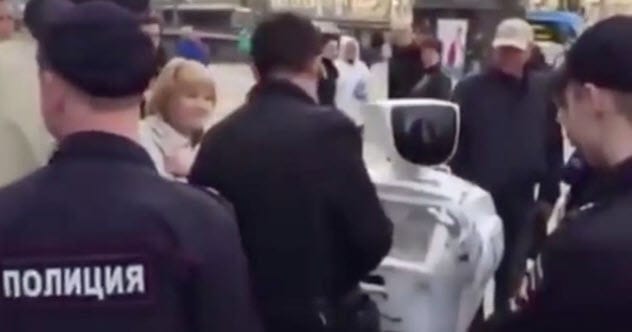 In 2016, supporters for the parliamentary candidate Valery Kalachev gathered in Moscow. The police kept an eye on the rally, but soon enough, they spotted a fly in the ointment. The throng of civilians included a robot. Called Promobot, the activist machine was created by the company bearing the same name.

The droid didn’t care about politics. Promobot was there to collect surveys. When it encountered a supporter willing to answer a few questions, the robot plied them with different topics. The data was destined to be analyzed by Kalachev’s team, but the police intervened and arrested the peaceful robot. They even attempted to handcuff it.

The reason behind the decision to detain Promobot remains unclear, but some believe that the authorities disliked how the robot mingled with the public. Team Kalachev might also have failed to file the correct paperwork for its participation in the rally. One cannot discount the possibility that Promobot’s creators caused the scene as a publicity stunt. After all, their robots are for hire.[6] 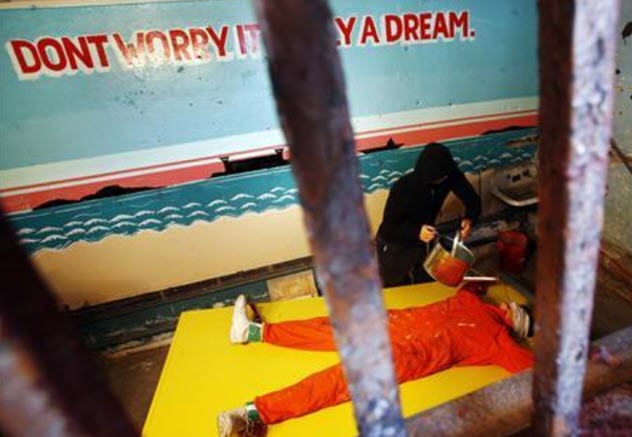 To be fair, we only know of one robot that suffered waterboarding. Even then, the intention wasn’t entirely dark. In 2008, Steve Powers took a human-looking droid and tied it to a table. With a bag over its head, the spread-eagled robot struggled while another robot poured water over its face.

As an artist, Powers created the display to draw attention to waterboarding, a tactic used by the United States government on terrorist suspects to produce the sensation of drowning. Although activists condemn the practice as torture, most members of the public have never experienced waterboarding up close. The location gave Powers a packed audience.[7]

He was allowed to bring his animatronic display to the Coney Island arcade, which is visited by throngs of people looking for fun at the amusement park. Encountering a scene from Guantanamo Bay doesn’t thrill in the family sense. But those who viewed the robots—torturing and being tortured—were deeply affected by what was clearly a painful and frightening thing to do to a real person. 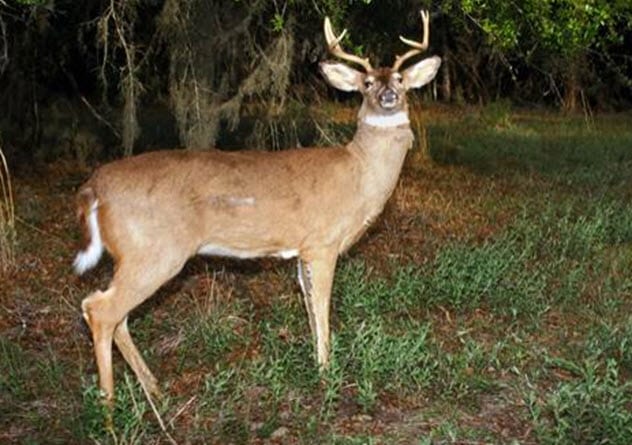 A few years ago, a hunter found himself in a surreal situation. He was looking at a deer still standing after he’d shot it six times with a rifle. In the nearby bushes, wildlife officials found the scene hilarious. They had just trapped the poacher with a realistic robo-deer. Using a remote control, they flicked the animal’s tail or head to make it seem more alive.

This is another case where robotic abuse serves a higher purpose. Illegal hunting is a problem in Utah, and law enforcement relies on moving robots to catch the culprits.

The poaching peaks during hunting season. No hunting is allowed after dark, but unscrupulous hunters take down deer that wander next to the road. To give an idea of how intense the problem is, one fake deer was retired after getting shot over 1,000 times.[8]

There’s always an official lurking near the decoys. Once they catch a hunter in the act, the scofflaw’s weapons are confiscated and he is given a class B misdemeanor citation. The latter comes with a fine of up to $1,000 and up to six months in prison. After running for more than a decade, the project caused a significant drop in poachers.