For any young lad growing up in the 80s, the Transformers were just about the coolest show ever. With that in mind, this is a list of the ten coolest Transformers characters from the original cartoon. Points were awarded purely for meeting strict “coolness” criteria like attitude, image, fighting ability, and transformation. Sit back, relax, and enjoy the nostalgia… 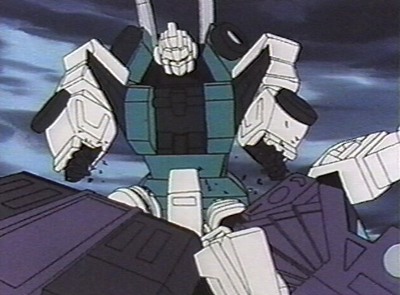 A one-Decepticon army, Sixshot transformed into a robot, a tank, a spaceship, a gun, an off-road vehicle and a winged wolf. Although Sixshot did not feature much in the original cartoon series, his one and only appearance was fairly memorable, single handily taking out all of the Aerialbots. Sixshot did not have much of a role in the original Marvel comics either, but he was featured prominently throughout the Japanese cartoon series. 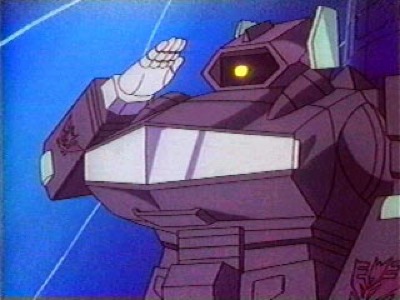 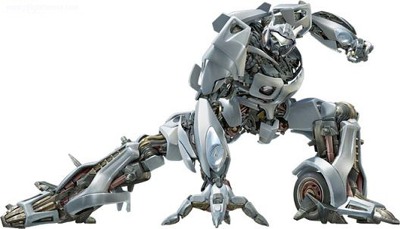 Jazz is one cool cat. “Do it with style or don’t bother doing it” is Jazz’ motto. Optimus Prime’s slang-talking right hand man always stood out from the rest of the Autobots. Voiced by Scatman Crothers, Jazz was always the hippest cat on the show. He was armed with a sounds and light-show weapon that would not be out of place on a dance floor, and he even appears to be wearing shades – the intergalactic symbol for coolness. 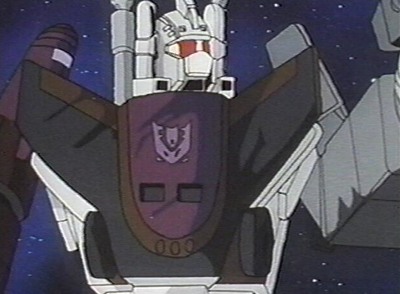 Created by Starscream, Bruticus was immediately a brutal force capable of defeating the Decepticons’ then most potent weapon, Devastator. Bruticus makes the list because he’s formed by one of the coolest teams in the Transformers universe – the Combaticons. Military vehicles are very cool, and since the Combaticons’ personality components are Decepticon prisoners liberated from a detention centre that makes them super cool. The sum of five super cool robots is one mega cool, giant robot – it’s basic math. 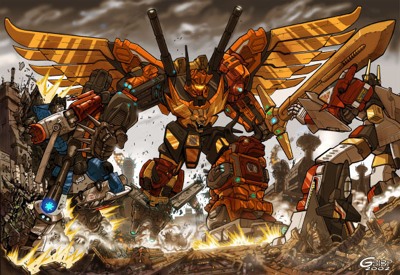 Even more spectacular than Bruticus, Predaking is the fusion of the five Predacons. To quote the show, “as a weapon Predaking is without equal; as a warrior he is without restraint. He can lift one million tons without straining a circuit.” Now that’s pretty cool. He would be higher on the list, but losing a fight against loud-mouth Sky Lynx costs him some coolness points. 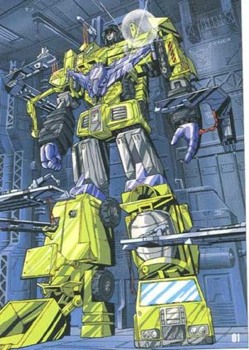 The green and purple colour scheme is striking – even though I don’t know of many construction vehicles in that colour scheme. Devastator was a hulking juggernaut in every sense, and the Autobots were usually kept busy trying to stop him, even going so far as to try and re-programme him in one memorable episode. 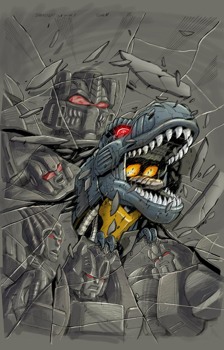 All the Dinobots are cool – dinosaurs are always cool – but Grimlock stands head and shoulders above the rest. He is king, after all.

Grimlock values power and strength over all else. He took on Optimus Prime in one episode, and he literally kicked Unicron’s butt in the original movie. Apparently he was smarter in the comics, even becoming leader of the Autobots for a time. He’s armed with a gun and a sword which is cool. 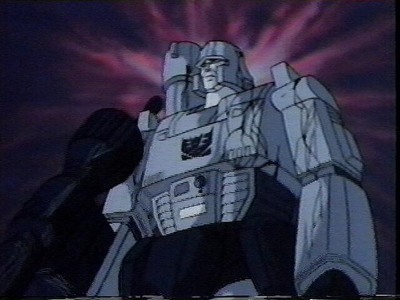 The fearsome, ruthless, and charismatic Decepticon leader was fearless to the end. Left shattered in the Transformers movie after his final battle with Optimus Prime, the other Decepticons jettisoned him into space on the way back to Cybetron. Bumping into Unicron on his way to oblivion, Megatron initially rejected Unicron’s offer of a new body, refusing to be anyone’s slave. How cool is that?

Megatron’s cunning, along with his massive fusion cannon and raspy voice, makes him very cool. His most devious plans from the cartoon include infecting the Autobots with rust, convincing mankind to banish the Autobots from earth and then reprogramming their ship’s course into the sun, and dragging Cybertron into Earth’s orbit, effectively destroying the Earth and everything on it in the process. 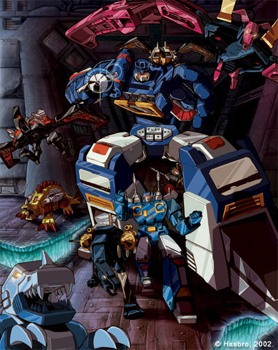 Megatron’s right-hand man was always a tricky customer in the cartoon. The perfect spy, he was always fooling people into thinking he was just a humble tape player. Hardly a charismatic character, Soundwave had no detectable personality and an awful singing voice.

Soundwave is a one-Decepticon arsenal with the various cassette troopers that live within his tape deck. He had one of the coolest voices on the show, his shoulder cannon was nifty, and his transformation gets points for originality. His cassette player may be out-dated nowadays, but 80’s retro is so in right now. 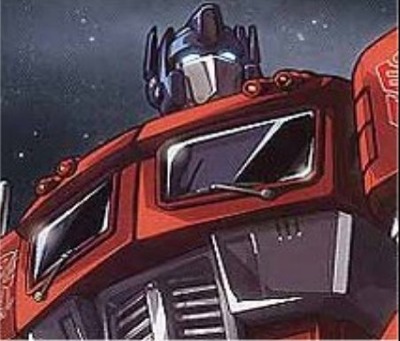 Undoubtedly the most iconic Transformer ever, Prime’s sad demise in the 1986 movie devastated children around the world. He was subsequently resurrected in the cartoon, only to die again, and then be resurrected once more.

With a penchant for turning the tide of battle at crucial moments, Prime is an awe-inspiring and charismatic leader, with all the best lines. There’s no Transformer cooler than Prime, who manages to walk the thin line between being a goody-goody and being a complete badass.