Keeping up with the news is hard. So hard, in fact, that we’ve decided to save you the hassle by rounding up the most mind-blowing stories each week. As has been the case for months now, the biggest story as we moved into mid-July emerged from Washington. We’ll have more on that in a moment. But first, the stories from elsewhere that you either may have missed or were just too darn big for us to ignore.

10 We Documented An Unstoppable STI 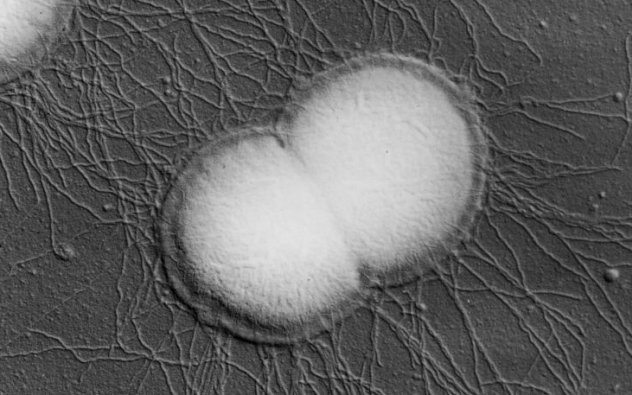 Antibiotic resistance is the next big thing that’s going to terrify us all. Already, bugs are starting to emerge around the planet that can’t be stopped by any combination of drugs. At the same time, our formulation of new antibiotics has hit something of a snag. Last Friday, the World Health Organization (WHO) added another nightmare into this already potent mix: antibiotic-resistant gonorrhea.[1]

Gonorrhea isn’t quite at the level of syphilis, but it’s not a walk in the park, either. Symptoms include horrible pain when using the bathroom and, in women, a constant ache in the abdomen. It can also be passed onto babies via infected mothers, which is probably as much fun for the child as it sounds. And now we have cases surfacing in France, Japan, and Spain that can’t be treated by any means. Ouch.

The WHO’s real fear is that gonorrhea may be the tip of the iceberg. If deadlier STIs like syphilis become resistant, we’re going to find ourselves in world where sex is less an enjoyable pastime and more a sweaty dance with death.

9 Scientists Found A New Planet In Our Solar System (Maybe) 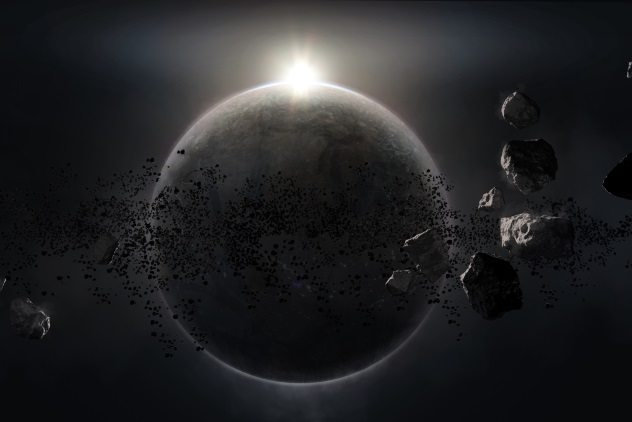 Last year, a group of Caltech researchers published evidence that there may be a ninth planet in our solar system. A giant world ten times the size of Earth, Planet Nine is said to circle the solar system’s furthest fringes, beyond the frozen wastes of the Kuiper Belt. But now, we may have found a Planet Ten. This week, two scientists published a paper in The Astronomical Journal claiming that a new planet may be orbiting in the Belt itself.[2]

Their theory is backed up by the weird movements of objects in the Kuiper Belt. Even taking into account the Planet Nine theory, some of the Belt’s objects have orbits that are off by about eight percent from what we’d expect. The most likely answer is a giant object with as much mass as Mars, in other words, a whole new planet.

Like the proposed Planet Nine, Planet Ten hasn’t been observed yet, so all this is basically just educated guesswork. But it could soon provide succor for those still smarting over Pluto’s lost planet status.

8 Israel’s Opposition Elected Its Own Macron 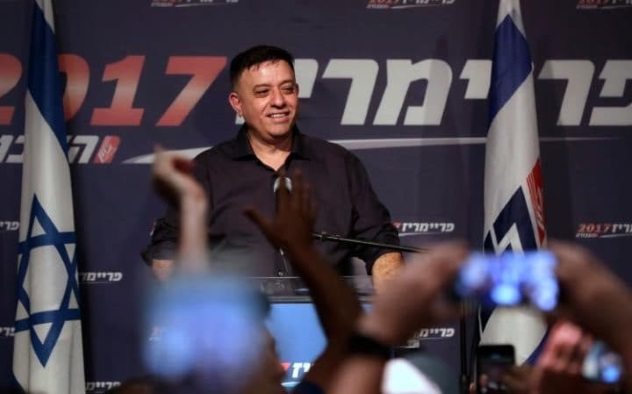 There’s a new trend in politics of outsiders appearing from nowhere, organizing a fantastic ground game in no time at all, and going on to win big against all expectations. Donald Trump, Emmanuel Macron, Bernie Sanders, Jeremy Corbyn, and Japan’s Tomin First no Kai party have all managed this to greater or lesser degrees. Now, a new name joins their number: Israel’s Avi Gabbay.

A 50-year-old telecommunications executive, Gabbay joined the Israeli Labor party in December 2016. He’d never held political office before and had no seat in the Knesset. Fast-forward to this week, and he’s become Labor’s brand-new leader.[3] His meteoric rise has earned him the nickname “Israel’s Macron.”

Gabbay inherits a Labor Party that hasn’t won power since 2001. Once the biggest party in Israel, its membership has dwindled to 50,000. Whether Gabbay’s election is the beginning of the party’s resurgence or its final decline remains to be seen. 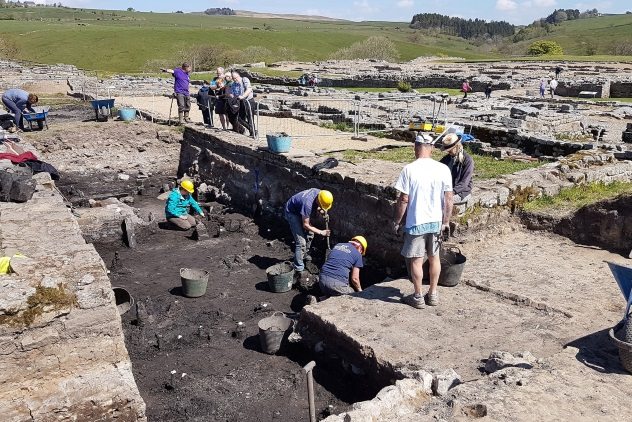 What would life be like for a Roman soldier living on the very limits of the Empire? Since 1992, we’ve actually had a pretty good idea. That was the year the Vindolanda tablets were discovered at Hadrian’s Wall, near the Scottish border. A collection of letters and diaries written by ordinary Romans, it opened our eyes to a world of frozen feet, desperate chasing of promotions, moaning about beer rations, and parties held at the edge of Roman territory.

The discovery made us see the ancient Romans in a whole new, personal light. It’s been called one of the most important Roman finds in Britain. And it’s about to get even more important. On Saturday, archaeologists announced they’d discovered a brand new cache of Vindolanda tablets.[4]

The 25 new letters will need to be scanned under infrared light before anyone can read the faint traces of ink. But it already seems likely they will reveal even more of the Roman world to us. 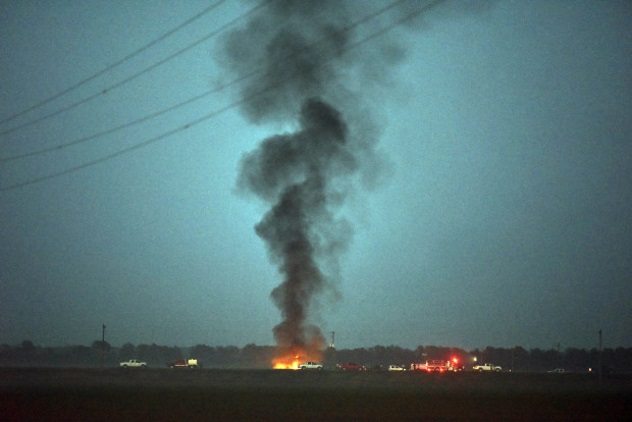 On Monday afternoon, a KC-130 Hercules military transport plane left North Carolina. Aboard were 15 Marine Corps soldiers, including elite members of special operations, and one Navy man. At 4:00 PM CDT, something went wrong. The plane split in two before plowing into a soybean field and igniting in a ball of fire. There were no survivors.[5]

The crash was the worst air disaster for the Marines since 2005, when a helicopter went down in Iraq, taking 30 Marines with it. At least that was in an active war zone, where disasters are to be expected. This week’s crash was above a rural swath of Mississippi on a calm day. Yet something still happened that was devastating enough to leave a trail of wreckage that stretched for miles and start fires that burned all through the night.

As of this writing, the cause of the crash remains unknown. Foul play is not suspected. 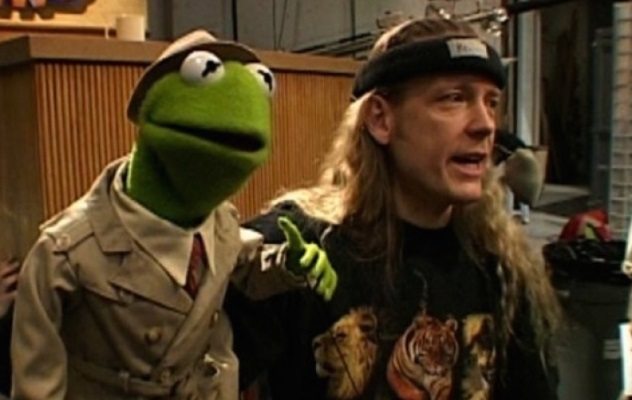 There are some out there who will look at a news item concerning the dude who voices a frog and wonder how it can possibly compare to an aviation disaster or the recovery of ancient Roman documents. Those people clearly didn’t grow up with the Muppets. Since 1990, Steve Whitmire has been the voice of not only Kermit the frog but also Ernie (of “Bert and Ernie” fame), Beaker, Rizzo Rat, Statler, and Miss Piggy’s dog Foo Foo. Alas, no more. On Tuesday, Whitmire announced his departure from the Muppet universe.[6]

Whitmire is one of only three people to have voiced Kermit and only the second major one after Jim Henson himself. Indeed, Whitmire inherited the role after Henson died, stepping in to fill the great man’s shoes with aplomb. Longtime Muppet Studio worker Matt Vogel will now take over the role, which was vacated for reasons we’re still unsure of. Apparently, Whitmire was fired, but no one has publicly said why. 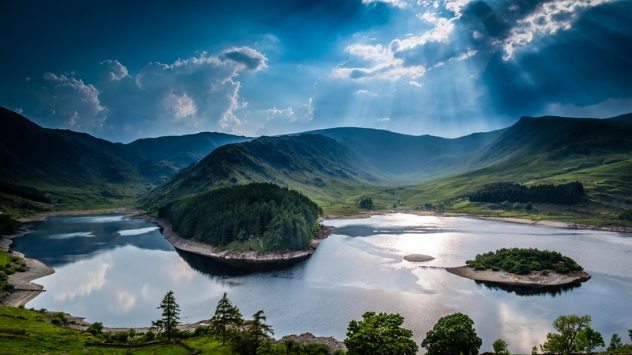 I wander’d lonely as a cloud
That floats on high o’er vales and hills,
When all at once I saw a crowd,
A host, of golden daffodils.

The four lines that begin William Wordsworth’s poem “Daffodils” are arguably the best-known in the English language. A key text of the Romantic movement, “Daffodils” celebrated the landscape of Britain’s famously beautiful Lake District. A place of low mountains, patchwork fields, and crystal-clear lakes, this slice of Northern England has inspired everyone from Samuel Coleridge to John Ruskin to Beatrix Potter.

Despite this cultural clout, the Lake District had never achieved more than British National Park status. While everywhere from Canterbury Cathedral to the Tower of London and the Blaenavon industrial landscape received UNESCO protection, the Lakes remained unnoticed until last weekend. Then, on Sunday, following a campaign stretching back to the 1980s, UNESCO finally declared the Lake District a World Heritage Site.[7]

Predictably, there has already been a backlash from angry rewilders who bemoan the region’s lack of biodiversity. For the rest of us, the news offers a welcome reason to drink in some spectacular pictures of one of Britain’s most beautiful regions. 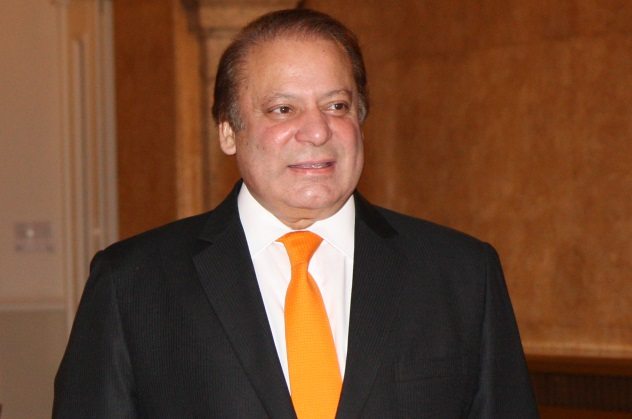 Tiny things can bring down even the biggest government. Just take a look at Pakistan’s prime minister Nawaz Sharif. Elected in 2013 for a rare (nonconsecutive) third term, he’s suddenly fighting for his political life over a corruption scandal involving his daughter, Mariam. The cause of this governmental instability? Microsoft’s Calibri font.[8]

Mariam is currently being investigated after the Panama Papers leak revealed she’d bought a high-end property in London in 2006 using an offshore account. In her defense, her legal team have said she was merely a trustee of the offshore company (and thus not the actual purchaser) and produced a document to prove it, dated February 2006. Unfortunately for Mariam, the document is written in the Calibri font. Microsoft didn’t commercially release Calibri until 2007.

This means the document is almost certainly a fraud. It also means Prime Minister Sharif’s family may have acquired their money through illegal means. The Pakistani opposition are now trying to bring Sharif’s government down, all over something as seemingly innocuous as a font. 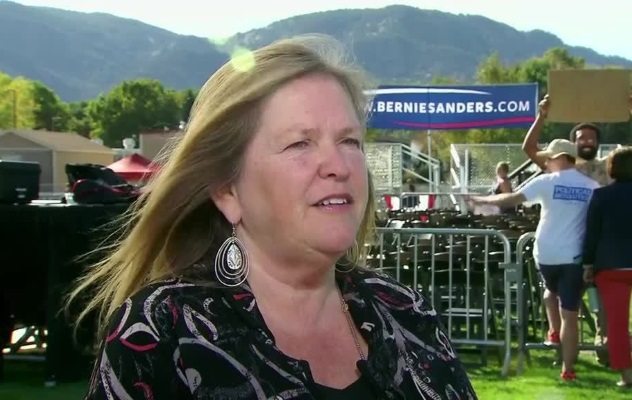 Were you aware the wife of Senator Bernie Sanders was under federal investigation for bank fraud?

The story has been largely underreported, possibly because of its complexity. Essentially, Jane Sanders became president of Vermont’s Burlington College in 2004. In 2010, she told the board she wanted to move the college to a new waterfront location. This meant making a $10 million land deal. The board thought they couldn’t afford it, until Jane showed them pledged donations totaling $2.6 million. So they went ahead and bought the land. Then the problems started.

Jane Sanders allegedly cooked the figures, inflating the amounts pledged. In one case, she included $1 million that a woman left the college in her will . . . despite the woman not being dead yet. The result? Burlington essentially ran out of money. It closed for good in May 2016.

Since then, Jane has been under investigation for financial mismanagement. Now, a grand jury has subpoenaed her for documents relating to the land purchase.[9] If convicted, she could face jail time.

Senator Sanders himself is not thought to have been involved.

1 Donald Trump Jr. Put Russia Back In The Spotlight 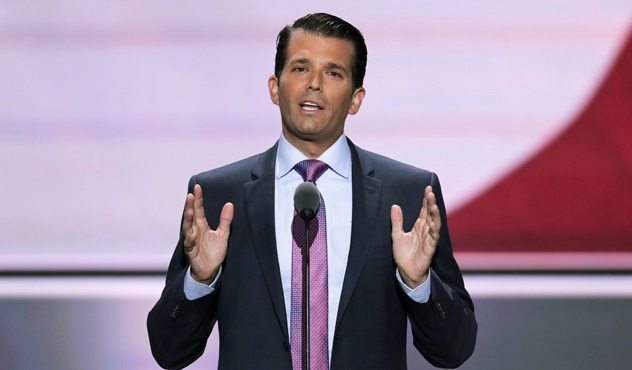 After a quiet couple of weeks, the possible Russia scandal swirling round the White House erupted back into the headlines on Tuesday. This time, it came from a surprising source. Following a New York Times story about possible e-mail contact between Donald Trump Jr. and the Russian government in summer 2016, Trump Jr. published the e-mails online, in full. To call them explosive would be an understatement.

The e-mails record contact between pro-Russian British publicist Rob Goldstone and Trump Jr., in which Goldstone appears to offer the Trump campaign Russian government support. One exchange in particular stands out. About a meeting involving possible dirt on the Clinton campaign, Goldstone writes, “This is obviously very high level and sensitive information but is part of Russia and its government’s support for Mr. Trump.” Trump Jr. replied, “if it’s what you say I love it.”[10]

It is possible this exchange may have broken federal campaign funding laws. Campaigns are forbidden from receiving donations from foreign nationals or “any thing of value.” “Value” has previously been interpreted to mean information. If a grand jury agrees, Trump Jr. could find himself in some very hot legal water, as could Jared Kushner, who was in on the e-mail chain.

President Trump himself is not thought to have been involved.