Death is always a sad subject, but it can also be an interesting one. We have already covered a number of death related topics on the site, but never one that was specifically relating to the bizarre aspects surrounding it. Therefore, we have put together this curious, macabre, and fascinating list of death related facts. 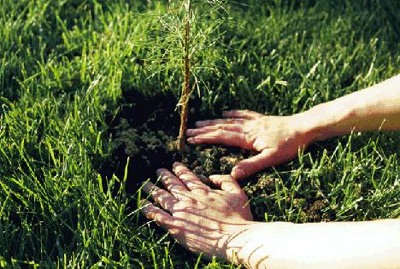 Bizarre Fact: A Swedish company will pulverize your body and bury it in a cornstarch urn, providing a completely bio-degradable burial.

Shortly after your death (within one and a half weeks) your corpse is frozen to minus 18 degrees celcius (64.4 F) – causing the body to become very brittle. It is then subjected to vibrations that render you to a frozen powder. This powder is then placed in a vacuum tube which extracts all the water – resulting in a dry powder. The powder is then put through a metal separator – removing fillings, and other metal objects that have become a part of your body over your lifetime. The powder is then placed in a cornstarch coffin for burial at any time in the future. The organic powder, which is hygienic and odorless, does not decompose when kept dry. The burial takes place in a shallow grave in living soil that turns the coffin and its contents into compost in about 6-12 months time. If you are interested in one of these burials, here is the Promessa website. If you are wanting a more permanent resting place, you might want to look into the next item instead: 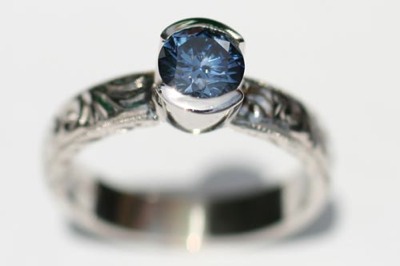 Bizarre Fact: A US company will take your remains and turn them into a diamond which can be used by your loved ones.

The company uses the cremated remains of you or a pet to create synthetic diamonds which range in weight and price. A full human body can provide sufficient carbon to make up to 50 one carat diamonds (which cost around $14,000 each). After the carbon from the corpse is purified, it is converted to graphite which is then used in the synthetic diamond process. The resulting diamond is engraved with the name of the dead, and is accompanied by a certificate of authenticity. In 2007 the company used carbon extracted from strands of hair from Ludwig van Beethoven to produce three diamonds for charity. LifeGem retained one diamond, they donated one to John Reznikoff who provided the hair sample, and the third was sold on Ebay for $202,700 US. Get your LifeGem here. Pictured above is an authentic LifeGem (image copyright LifeGem). 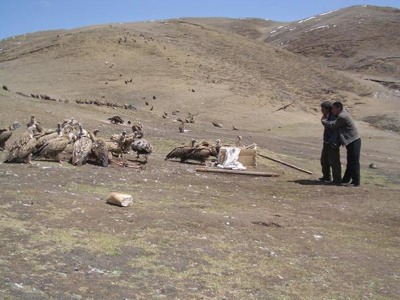 Bizarre Fact: Tibetan Buddhists cut and beat a dead body (including the bones) to a pulp and leave the results for vultures to eat.

This has been featured on the site before, but it certainly deserves another mention here! As Tibetan buddhists believe in re-incarnation, they consider the dead body to be an empty vessel which has no further use in life except as food for nature. Coupled with the very hard rocky ground in Tibet, Sky Burial seemed the most effective method of disposal. While accounts differ slightly from burial to burial, common features exist. Tibetan monks cut the limbs off the body and hack them to pieces. Each piece is handed to an assistant who bashed it to a pulp with rocks and then mixes it with barley flour, tea, and yak butter. This is then left for the vultures. In some places, the vultures are so eager to eat that the monks have to beat them off with sticks until they are ready to feed them. The photograph above shows family standing by as the vultures eat their loved one. For more of the original copyright photos by Rotem Eldar, go here, but be warned – they are very graphic. 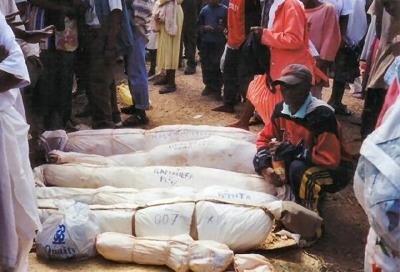 Bizarre Fact: In Madagascar, people dig up the bones of their loved ones and dance with them.

Each year, the Malagasy people of Madagascar perform a funeral tradition called Famadihana. The ceremony involves the digging up of the bones of loved ones, dressing them in new clothing, and dancing with them around the tomb to live music. The custom is surprisingly not especially ancient (17th century) and it is permitted by the Catholic Church because it is not a religious but rather cultural custom. The practice is begining to decline in modern days due to objections from fundamentalist protestants and the high price of the silk shrouds usually used in the ceremony. Pictured above are some dead bodies being readied for the dance. You can read a much more indepth article on famadihana here. 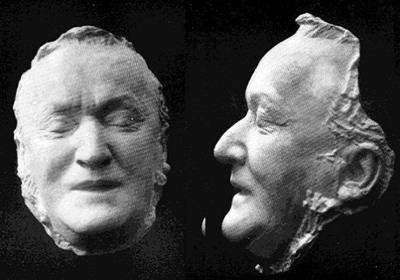 Thomas Edison, the well known inventor who perfected the modern light bulb, was friends with Henry Ford, founder of the Ford Motor Company, and considered to be a father of modern assembly lines. As Edison lay daying, Ford convinced his son, Charles, to fill a bottle with Edison’s dying breath. Charles complied by bottling some of the air in the room. The whereabouts of the bottle is unknown. Pictured above is Edison’s death mask. 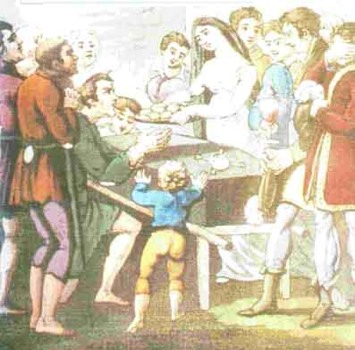 Bizarre Fact: Ancient British people employed a sin eater to “eat” the sins of the dead.

In ancient England, Scotland, and Wales, each village had a member (usually a beggar) who was the designated “sin-eater”. When a person died int he village, the sin eater would be called in to their home. A relative would place a loaf of bread on the chest of the dead and pass a cup of ale to the sin eater across it. The sin eater would drink the ale and eat the bread, thereby eating the sins of the dead person. The origins of this bizarre practice are unknown but it is believed to have continued in to modern times in Wales. 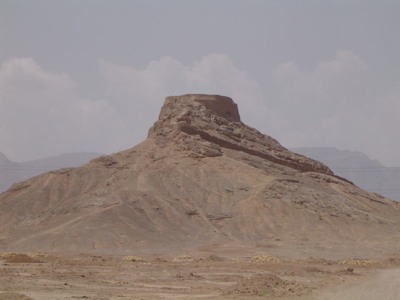 Bizarre Fact: Zoroastrians “bury” their dead in circular towers to avoid the demon of the dead.

Zoroastrian tradition says that a dead body is unclean, and that the evil corpse demon would rush to a dead body to contaminate it and anything else it came in to contact with. For this reason, the Zoroastrians built towers with a roof containing three concentric rings (one for men, one for women, and one for children) on which they would place the dead bodies until they were completely destroyed by birds and sun. The remaining bones would then be shoved into a central well where they would remain buried inside the tower. This tradition continues to this day in Parsi communities in India. Pictured above are the remains of a tower of silence in Iran. 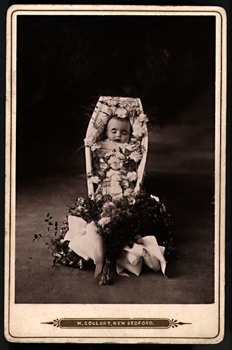 Bizarre Fact: The Victorians photographed their dead because they could seldom afford a picture of them alive.

Photography was still relatively new in the Victorian era, and the difficulty in staying still long enough for a high quality photograph – and the extremely high price of a painted portrait, meant that many Victorians would have a photograph taken of a loved one after they died as a memento. This practice (Memento mori) also meant that photographs could be sent to distant relatives who may never have met a young child who died. It was not uncommon for members of the family to pose with the dead in a kind of macabre family portrait. Pictured above is an authentic post-mortem photograph taken for this purpose. 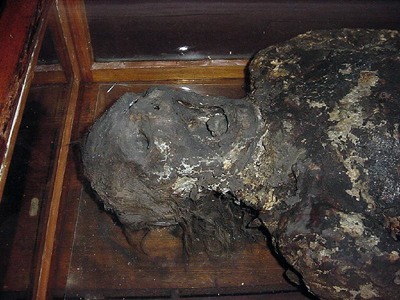 Bizarre Fact: Some humans turn in to soap after they die.

In a process known as saponification, some human bodies turn partly or completely in to soap (adipocere – also known as grave wax). The fatty tissue of the body along with other liquids from putrefaction slowly form into lumps of adipocere – this happens to both embalmed and non-embalmed bodies. It is especially common in people with large fat deposits in their body prior to death. The famous Mutter Museum has an exhibit of “The Soap Lady” who is entirely composed of grave wax (pictured above). On occasion, these deposits can be seen leaking from closed tombs.

1
To Space And Beyond 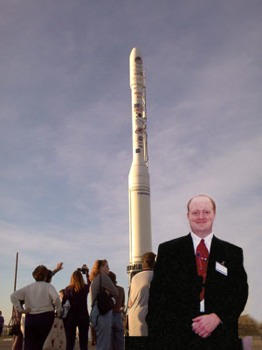 Bizarre Fact: It is now possible to be buried in space!

A company in the USA called Memorial Space Flights will now launch your loved ones cremated remains in to outer space for a fee. In addition, they will provide you with a memorial service and an excellent spot from which to watch the rocket launch off with the remains. Because of the high price involved in each launch, the company only launches a small portion of the remains – the rest of the ashes are scattered to sea if you wish. Once your loved one is in space, you can go online to view the location of the rocket as it travels in its permanent orbit around the earth. The company offers a variety of different services to suit your budget: brief orbit and return to earth ($695), permanent orbit around earth ($2,495), launch to surface of the moon ($9,995), and launch into deep space ($12,500). Pictured above are families and friends awaiting the launch of their loved ones into space.