Over the years, news articles have reported a multitude of criminals dressing up as Santa Claus in order to commit their crimes. These creepy tales range from drug crimes to kidnapping to mass murder. It shows us that when the wrong person is wearing the suit, Santa Claus can be more concerned with taking things for himself, rather than giving things away.

Some use the image of the jolly old magical being to lure children. Others use it as a disguise. Either way, these ten examples of Santa being cruel will make you think twice the next time you hear the ringing of bells. 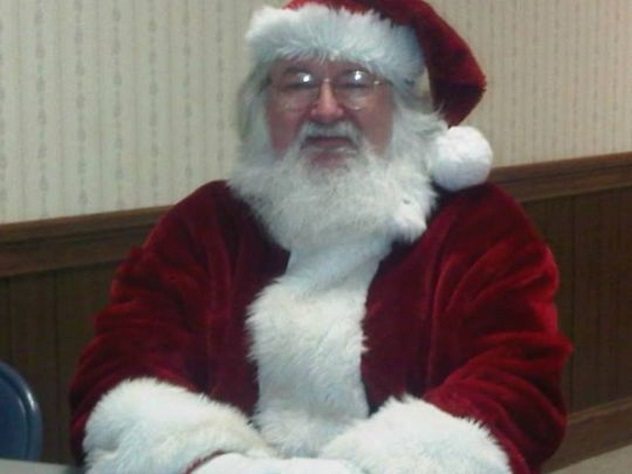 The first item on this list is nowhere near as dire as the entries which follow. It is, however, amusing and a welcome break from the creepy and horrific crimes that the rest of the Santa Clauses committed.

Charles Smith, a professional Santa, was pulled over for a routine traffic stop in New Jersey in November 2017. During this exchange, the police officer noticed a crack pipe in his car and arrested him.[1] The idea of Santa Claus on crack is preferable over the luring and kidnap of children. You’ll be thanking me for starting this off on a lighter note before long. 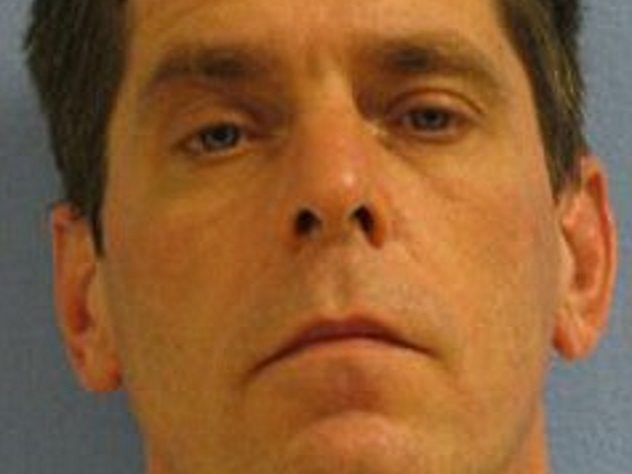 In 2009, Anthony Russo attempted to kidnap a 12-year-old girl in Parma, Ohio, while dressed as Santa Claus. Hiding in the bushes, Russo jumped out at the girl to grab her, but she thankfully escaped. The man was later arrested on a bus. In his possession were several boxes of candy canes and a unicycle.[2]

This peculiar tale does make you wonder what exactly Russo’s plan was. Was the unicycle his getaway vehicle? If so, why did he take the bus? And what was the point of having so many boxes of candy canes? Perhaps this man convinced himself that he was, in fact, the real Santa Claus. Why else would he have such peculiar items in his possession? Unfortunately, Russo wasn’t the only Santa who believed that kidnapping children was part of the job description. 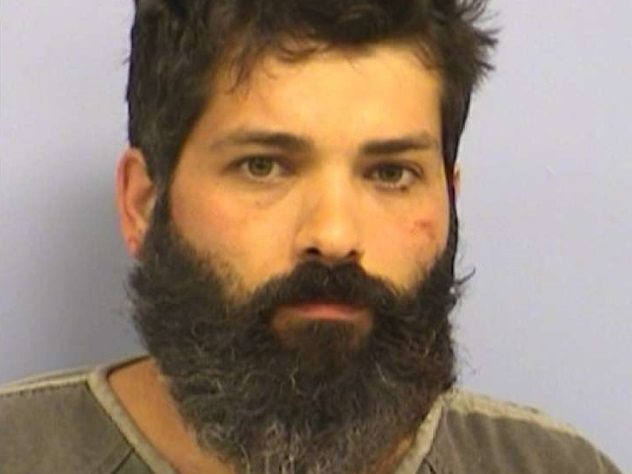 Randall Gaston Jones was arrested in October 2017 after attending a Halloween party dressed as Santa Claus. He opened fire on the crowd, killing one person and injuring three others. This was the 27th murder investigation in Austin that year.[3]

What drew this man to dress as Santa Claus (in October, of all times) is a mystery. Why is it that criminals abuse the image of Santa Claus and use it to commit heinous crimes? 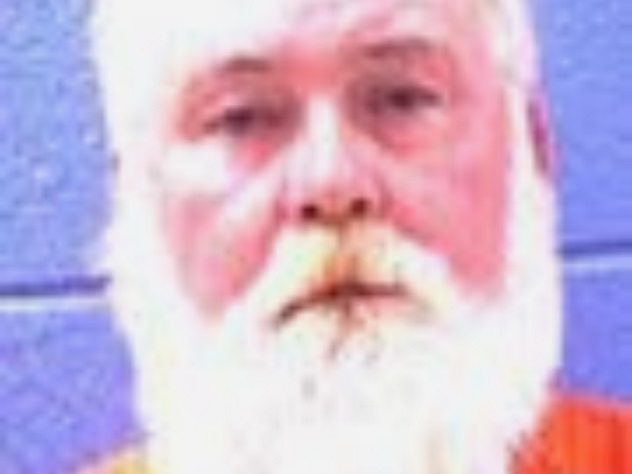 Unlike some of the other criminals on this list, John Michael Burton did not wear a fake beard while posing as Santa Claus. The older gentleman had thick white facial hair, which kind of resembled jolly old St. Nick—an aspect which likely encouraged his belief that he was the real deal.

In 2006, the 55-year-old man drove around Columbia, South Carolina, in a motorcycle, searching for a child to kidnap. His motorcycle had a sidecar in which his copilot (a stuffed Rudolph) rode. As he was getting gas for his motorcycle at a convenience store, three sisters noticed the Rudolph and came over to check it out. The next thing the girls’ mother knew, Burton was driving off with the eldest of the three, an eight-year-old.

The mother stayed behind with the other two girls while the father chased down the culprit. He trapped Burton in a parking lot, where the kidnapper was soon arrested.[4] Chasing down Santa isn’t the ideal way to spend Christmas!

It is a huge relief that this man was stopped before he had the opportunity to kidnap any more children. Aside from the actual crime itself, it is that aspect of these Santa-kidnapping stories which is frightening. Why do these criminals dress up as St. Nick, a man known for his kindness and generosity, and then go about hurting children? 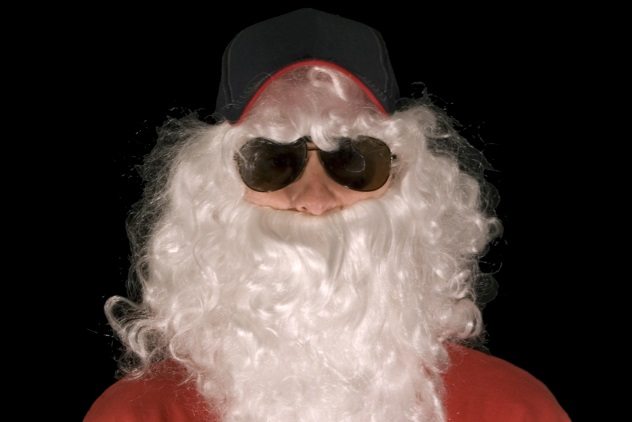 A man in St. Louis is being searched for after two children reported that he approached them at a bus stop while dressed as Santa and offered them candy in January 2018. Several other children have also reported this mysterious Santa. The only detail that is known about him is that he owns a red pickup truck (not a sleigh).[5]

Who is this man? It seems there is yet another Santa who believes that kidnapping children is the kind of thing that the character does. It is more in line with Krampus, a fictional being who punishes naughty children on Christmas Eve. Wouldn’t dressing as Krampus be more fitting? 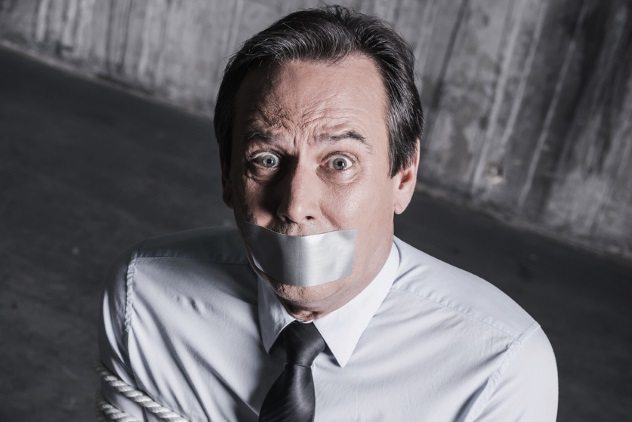 In December 1983, Dr. Grover Phillippi and Michael Conklin kidnapped a stockbroker from a Christmas party in Pittsburgh and tortured him after he allegedly gave them a bad business deal. The victim was handcuffed and tied down in a trailer near Point Marion, Pennsylvania, for 12 days until the police tracked him down. During that time, he was drugged, interrogated, and tortured.

Phillipi was dressed as Santa Claus as he kidnapped the stockbroker. In this case, it was presumably to conceal his identity, should anybody witness the crime. The victim, Robert J. Haye, was found alive with a broken nose.[6]

This story would have been higher on the list had Dr. Phillippi worn a Santa suit while torturing Haye. Alas, there appears to be no suggestion that this was the case. 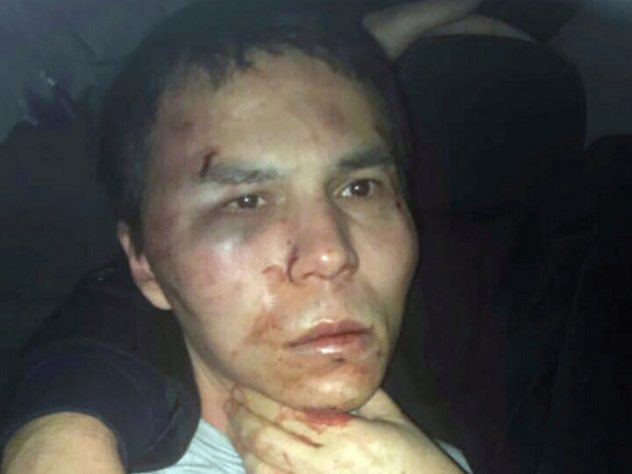 On New Year’s Eve 2016, a gunman fired at a crowd of people in a nightclub in Istanbul. At least 39 people were killed, and around 70 were injured. Eyewitnesses and CCTV indicated the man was dressed as Santa Claus while he committed the crime.[7] Luckily, the shooter, an Uzbek national named Abdulkadir Masharipov, was captured about two weeks later.

Here again is another example of Santa being used to cover up a criminal’s identity. In this case, it appears that Masharipov was wearing a plastic mask and Santa hat, rather than the traditional white and red coat which Western culture has assigned to St. Nick. Still, this crime is perhaps the most horrific of all the ones listed here, due to its cold-blooded nature and the high body count. You may be wondering how anything could top this incident. Well, read on and see how the creepy factor is turned right up. 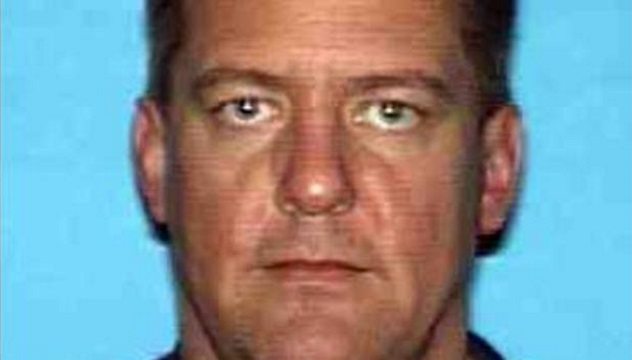 On Christmas Eve 2008, Bruce Jeffrey Pardo drove to his ex-wife’s parents’ house in Covina, California, while dressed as Santa Claus. He approached the home with a large box, which contained a handgun and a homemade flamethrower. What followed was a terrifying and brutal incident.

Pardo knocked on the door. An eight-year-old girl answered and was promptly shot in the face by Pardo.[8] The man then proceeded to shoot up the house and set fire to it. The young girl thankfully survived. Nine others didn’t. They all died from either gunshots or burning.

The fact that a child was the first victim in this horrific crime makes the Santa Claus aspect all the more creepy. Clearly, this man had a motive; he is perhaps the most sinister of all the criminals on this list because he adopted the Santa Claus persona and perverted it. The reason why he did this while dressed as Santa Claus isn’t clear, but it may have had something to do with his volunteer work for the church—something he had done for years. This year was different, as he ditched the service and instead set about murdering his ex-wife and her family.

After the massacre, Pardo drove to his brother’s house and killed himself. He was badly burned from the use of his homemade flamethrower, with parts of his Santa suit reportedly melted onto his skin. Upon searching Pardo’s home, police found a container of flammable liquid, guns, and divorce papers. 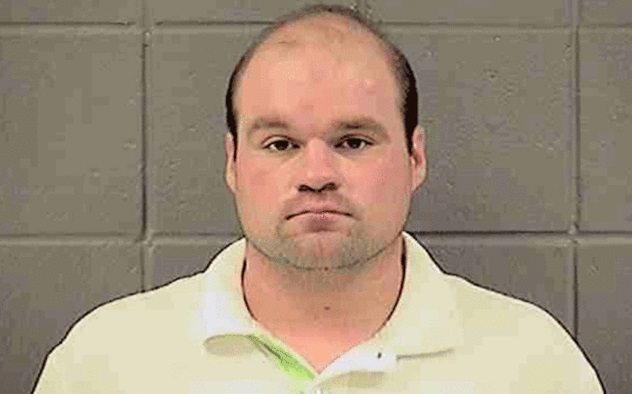 Convicted Illinois sex offender Taylor Blaul was sentenced to probation in 2017 for dressing up as Santa Claus for a holiday party.[9] That may not sound particularly illegal, but given Blaul’s track record, this was clearly an attempt to lure children toward him.

It is terrifying how criminals can use the image of Santa Claus to deceive children into trusting them. It is a dangerous world we are living in—a world where sex offenders can hide behind a fake white beard and a large red suit. 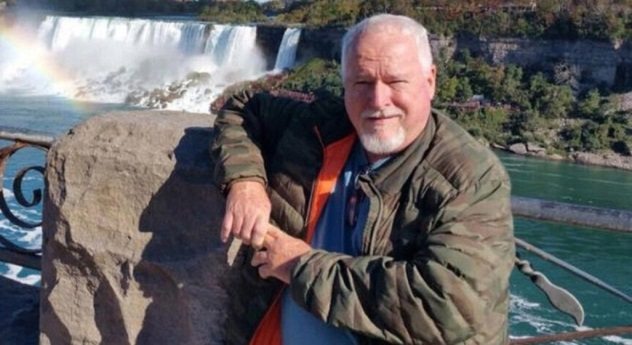 Bruce McArthur is an alleged serial killer who also worked as a mall Santa. The terrifying prospect of a man taking photographs with children in the day and committing gruesome murders at night as enough to turn anyone cold. Granted, he did not commit any of the murders while dressed as Santa Claus (as far as we know), but the idea of a man being so far removed from the loving character of Santa is the reason why this is number one on the list.[10]

Ultimately, there seems to be no single explanation as to why so many criminals are drawn to the jolly man with the large, white beard. As you have seen with the examples here, sometimes it is used in an attempt to deceive; other times, it is used to disguise. Either way, the popularity of dressing as Santa to commit crimes is creepy. These stories will definitely make me think twice next time I see a mall Santa!

A popular culture aficionado and an irreplaceable member of any pub-quiz team. Based in Liverpool, UK.

Read about some considerably nicer Santas on 10 Real-Life Santa Clauses Who Brought Cheer And Joy and Top 10 Coolest Santas.