Your View: Should We Artificially Create Life

This ‘your view’ is prompted by this evening’s national news here in the US. There was a story about the status of the latest multiple births of 8 babies. The exact details of the story are not my focus but the closing commentary of the news show regarding the ethics involved in multiple births. I am assuming although I have not kept up with the details, this instance of multiple births was as a result of artificial means rather than a natural occurrence. Given that the commentator cited multiple ethicists who were all in agreement that this was not ethical due to the various dangers and costs to mother, family and babies, near term and long term, I think it is a safe assumption.

So my question to you is just that is it ethical for humans to artificially create human life as in the means used to have a multiple outcome of 8 babies? Frankly, the exact number is irrelevant; it is the method of conception of life that is my real concern. 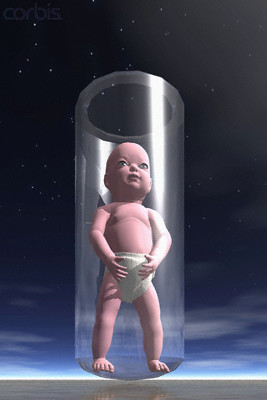 Is it ethical to artificially create human life?

The choice of wording in that last sentence should give a hint as to my own opinion. I do not endorse artificial means of conception nor would I ever advise a woman seeking my counsel to pursue such a course of action to have a baby. Given that I am an atheist and major fan of science that might come off as rather odd. Contrary to popular belief, atheists are moral and ethical so it is possible for us to be morally or ethically conflicted as anyone else. Even as a firm supporter of the scientific method I can still be concerned that simply because science can do something, should it. I would advise either coming to terms with her inability to conceive or pursue another avenue for creating a family like adoption. You will notice I am not addressing the paternal side of this issue only the maternal. Which does not mean I do not welcome men’s opinions on this matter, so please do comment.

For the sake of brevity, let me wrap this up by saying I fully understand the gravity of this question. It is not a question to be taken lightly. It is one encumbered with many different issues from the elitism of being financially capable of incurring the enormous cost of something like artificial insemination to the ethical considerations of just being able to create life outside of natural means.