The identity of Jack the Ripper is probably the most famous unsolved crime in history. With the horror and the history surrounding the events, it has become an increasingly popular topic in recent years with many new suspects being put forth. This list looks at 10 of the most interesting suspects – some considered by the police at the time, and others recently suggested. 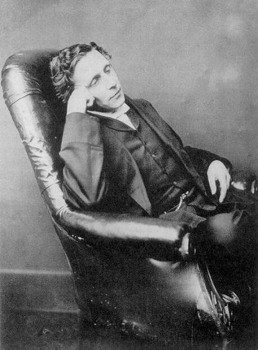 Carroll, author of Alice’s Adventures in Wonderland and Through the Looking-Glass, was named as a suspect based upon anagrams which author Richard Wallace devised for his book Jack the Ripper, Light-Hearted Friend. This claim is not generally taken seriously by other scholars. Wallace posited that Carroll was assisted in the crimes by his friend Thomas Vere Bayne. This theory was based primarily on a number of anagrams derived from passages in two of Carroll’s works, The Nursery Alice, an adaptation of Alice’s Adventures in Wonderland for younger readers, and from the first volume of Sylvie and Bruno. Wallace claimed that the books contained hidden but detailed descriptions of the murders. This theory gained enough attention to make Carroll a late but notable addition to the list of suspects, although one that is generally not taken very seriously. It should be noted that Carroll was very interested in word tricks and this certainly gives a little more weight to the theory.

Read more about history’s most infamous serial killer with the Complete History of Jack the Rippe at Amazon.com! 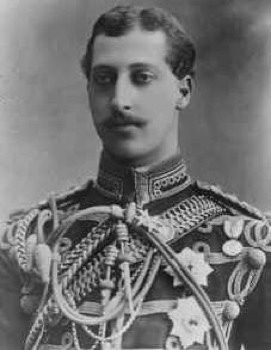 Prince Albert Victor, Duke of Clarence and Avondale (8 January 1864 – 14 January 1892) was first mentioned in print as a potential suspect in 1962 when author Philippe Jullian published a biography of his father, Edward VII of the United Kingdom. Jullian made a passing reference to rumours that Albert Victor might have been responsible for the murders. Though Jullian made no reference to the date when the rumour first started and did not detail his source, it is possible that the rumour derived indirectly from Dr. Thomas E. A. Stowell. The theory was brought to major public attention in 1970 when Stowell published an article in The Criminologist which revealed his suspicion that Prince Albert Victor had committed the murders after being driven mad by syphilis. The suggestion was widely dismissed as Albert Victor had strong alibis for the murders, and it is unlikely that he suffered from syphilis. 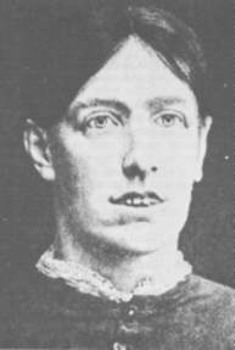 Sir Arthur Conan Doyle and William Stewart advanced theories involving a female murderer dubbed “Jill the Ripper.” Supporters of this theory believe that the murderer worked, or posed, as a midwife. She could be seen with bloody clothes without attracting unwanted attention and suspicion and would be more easily trusted by the victims than a man. A suspect suggested as fitting this profile is Mary Pearcey, who in October 1890, killed her lover’s wife and child, though there is no indication she was ever a midwife. E. J. Wagner, in The Science of Sherlock Holmes, offers in passing another possible suspect, Constance Kent, who had served 20 years for the murder of her younger brother at the age of sixteen. There is some inconclusive DNA evidence taken from the letters sent to the police – this evidence does not rule out the possibility of the killer being a woman. 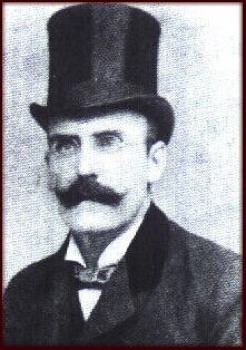 Cream was a doctor secretly specializing in abortions. He was born in Scotland, educated in London, active in Canada and later in Chicago, Illinois. In 1881 he was found to be responsible for fatally poisoning several of his patients of both sexes. Originally there was no suspicion of murder in these cases, but Cream himself demanded an examination of the bodies, apparently an attempt to draw attention to himself. Imprisoned in the Illinois State Penitentiary in Joliet, Illinois, he was released on 31 July 1891, on good behaviour. Moving to London, he resumed killing and was soon arrested. He was hanged on 15 November 1892. According to some sources, his last words were reported as being “I am Jack…”, interpreted to mean Jack the Ripper. He was still imprisoned at the time of the Ripper murders, but some authors have suggested that he could have bribed officials and left the prison before his official release, or that he left a look-alike to serve the prison term in his place. 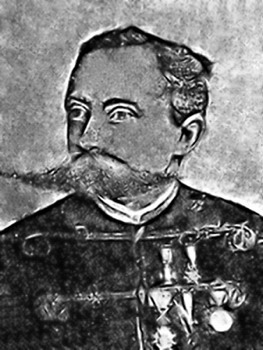 Francis Tumblety was a seemingly uneducated or self-educated Irish-American raised from an infant in Rochester, New York, where he ostensibly trained as a homeopathic physician at Hahneman Hospital. He earned a small fortune posing as a quack “Indian Herb” doctor throughout the United States and Canada, and occasionally travelling across Europe as well. Tumblety was in England in 1888 and had visited the country on other occasions; during one such earlier trip he became closely acquainted with Victorian writer Thomas Henry Hall Caine, with whom it was suggested he had an affair and from whom he tried to borrow money. He claimed to have treated many famous English patients, including Charles Dickens, for a variety of illnesses. He was arrested on 7 November 1888, on charges of “gross indecency”, apparently for engaging in homosexuality. Notorious in the United States for his scams, including selling forged Union military discharge papers during the American Civil War and impersonating an army officer, news of his arrest led some to suggest he was the Ripper.

Kominski was a member of London’s Polish Jewish population. He worked in London as a hairdresser, but he was born in K?odawa. He was certified insane and admitted to Colney Hatch Lunatic Asylum in February 1891. He was named as a suspect in Chief Constable Melville Macnaghten’s memoranda, which stated that there were strong reasons for suspecting him, that he “had a great hatred of women, with strong homicidal tendencies”, and that he strongly resembled “the man seen by a City PC” near Mitre Square. Aaron Kosminski meets some of the criteria in the general profile of serial killers as outlined by Federal Bureau of Investigation (FBI) criminal profiler John Douglas and Robert Ressler. He also lived within a mile of the sites of the murders. 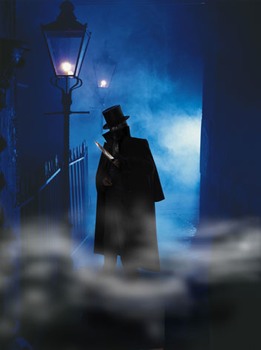 In November 2008, a newspaper reported that files released from Broadmoor high security hospital indicate that Thomas Hayne Cutbush may have been responsible for the murders, which ceased from the time of his detention. Cutbush was sent to Lambeth Infirmary in 1891 suffering delusions thought to have been caused by syphilis. After stabbing one woman and attempting to stab a second he was pronounced insane and committed to Broadmoor that same year, where he remained until his death in 1903. The paper also reported that Cutbush was the nephew of a Scotland Yard superintendent, and speculated that this may have led to a cover-up of the killer’s identity. The idea that Cutbush was the Ripper was first raised by newspapers shortly after his arrest. 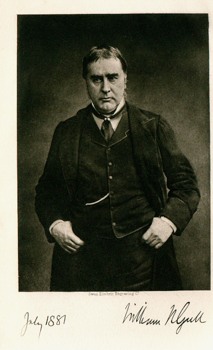 Gull was physician-in-ordinary to Queen Victoria. He was named as the Ripper as part of the evolution of the masonic/royal conspiracy theory. Thanks to the popularity of this theory among fiction writers and for its dramatic nature, Gull shows up as the Ripper in a number of books and films (including a 1988 TV film Jack the Ripper starring Michael Caine and the graphic novel From Hell written by Alan Moore). It is just possible that Gull’s “candidacy” as a Ripper suspect is due to an odd item connected to his career. In April 1876 Gull was one of the physicians called to “the Priory”, the home of the barrister Charles Bravo when he was poisoned. Gull (like the other physicians) did what he could do, but he was hampered in not knowing the nature of the poison involved. His bedside manner on this occasion, even given the horror of speeding events or sheer desperation, were hardly conducive to easing the dying man’s mind. Gull would testify at the massively covered coroner’s proceedings that summer, and insist it was suicide. 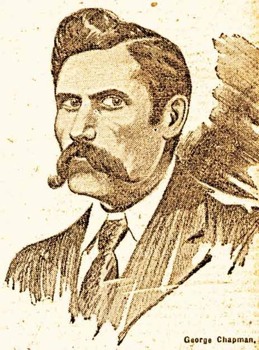 Chapman was born Seweryn K?osowski in Poland, but went to the United Kingdom sometime between 1887 and 1888, later (c. 1893/94) assuming the name of Chapman (no relation to Annie Chapman, one of the victims). Without question a duplicitous and cold character who undertook several aliases, he was guilty of successively poisoning three of his wives, crimes for which he was hanged in 1903. He lived in Whitechapel, London, at the time of the killings where he had been working as a barber since arriving in England. He was at one time the favored suspect and is considered by many modern commentators to be the most likely killer. Chapman is supposed by some to have had the medical skills necessary to commit the mutilations (although the level of skill evidenced by the Ripper is a matter of debate, and divided medical opinions at the time). However, the main argument against him is the fact that he murdered his three wives with poison, and it is uncommon (though not unheard of) for a serial killer to make such a drastic change in modus operandi. 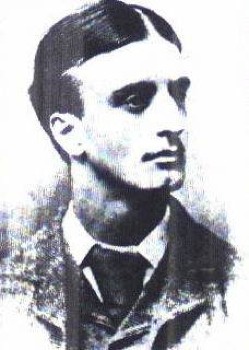 Druitt was born in Wimborne Minster, Dorset, England, the son of a prominent local physician. He was educated at Winchester College and New College Oxford. He graduated from Oxford in 1880 and two years later was admitted to the Inner Temple and called to the bar in 1885. He practiced as a barrister and a special pleader until his death. His body was found floating in the River Thames off Thorneycroft’s torpedo works near Chiswick on 31 December 1888. Medical examination suggested that his body was kept at the bottom of the river for several weeks by stones placed in his pockets. The coroner’s jury concluded that he committed suicide by drowning “whilst of unsound mind.” His disappearance and death shortly after the fifth and last canonical murder (which took place on 9 November 1888) and alleged “private information” led some of the investigators years later to suggest he was the Ripper, thus explaining the end to the series of murders.