Almost everyone knows about Orson Welles’s War of the Worlds broadcast. Although it is unclear just how much chaos it caused (some say newspapers wanted to trash the relatively new radio as an unreliable medium), no one can deny the power of broadcasting to reach a wide audience in a short span of time. And like any other power, it can be used—and abused—to great effect. 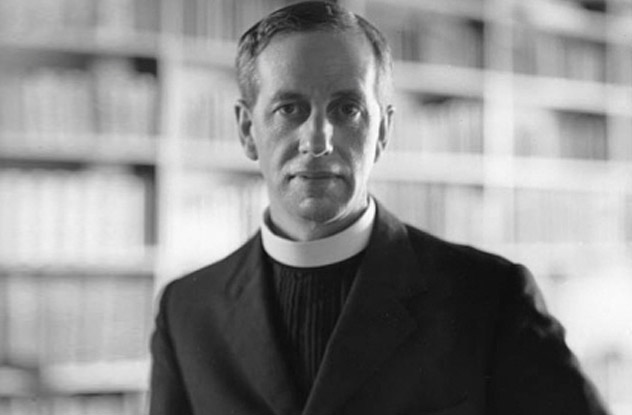 In an incident that preceded Orson Welles’s broadcast by 12 years, Catholic priest and BBC commentator Father Ronald Knox shocked Britain by saying that mobs of angry unemployed workers had revolted in London. Knox vividly described the destruction of Big Ben and key government buildings, along with the lynching of a minister. Although he subtly hinted that the broadcast was a hoax, his audience—still mindful of the recent Russian Revolution—were taken in.

Concerned listeners swamped the BBC with calls. It didn’t help that a heavy snowfall hampered the delivery of newspapers, adding to their anxiety.

After the hoax was cleared up, Knox received heavy criticism but was not punished. He continued making hoax broadcasts, with BBC later honoring him when they made his prank the standard for all future April Fools’ Day broadcasts.

Read about more incredible stories just like this in A Treasury of Deception: Liars, Misleaders, Hoodwinkers, and the Extraordinary True Stories of History at Amazon.com! 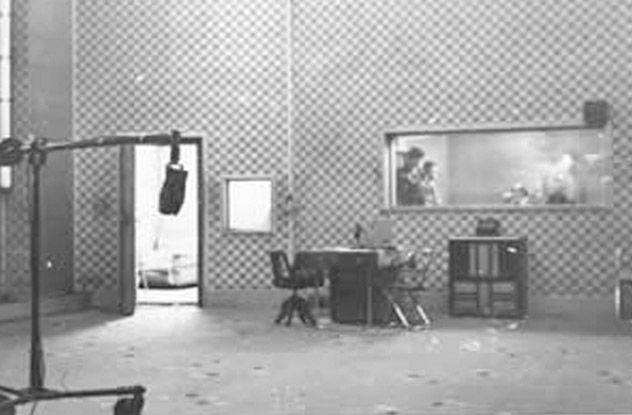 In a scene straight out of Godzilla, the US army’s radio station WVTR announced that a giant sea monster had risen off the coast of Tokyo and was rampaging its way toward the capital. Although the perpetrators intended the broadcast as a humorous part of their station’s anniversary celebration, it instead sparked panic among the local populace and the occupying forces, with US personnel and Japanese police mobilizing to track down the monster.

One British officer called to verify the station’s reports because his men were demanding weapons to fight the beast. According to one station member, even MacArthur himself called in to confirm their broadcast.

After the hoax was revealed, the US army’s top brass lambasted the perpetrators and removed them from the station. Although their fates were not announced after the debacle, they were likely sent to Korea afterward as punishment. 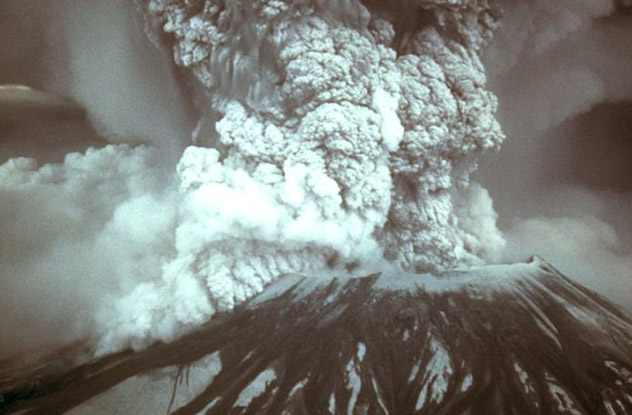 Boston’s Channel 7 gave residents of Milton, Massachusetts the scare of a lifetime when they reported during their evening segment that the nearby Great Blue Hill had just erupted. To make it all look real, the station showed week-old footage of an erupting Mt. St. Helens and explained that it may have caused the hill to also erupt. The station added voice-overs from President Carter and the governor expressing their concern for the situation.

Although the newscaster displayed a placard labeled “April Fools” at the end of the report, the damage was done. Panicked locals deluged local authorities with calls asking for the best routes to evacuate, while others just packed their bags and drove off. Furor after the hoax was discovered caused the station to later apologize and fire the producer who came up with the stunt. 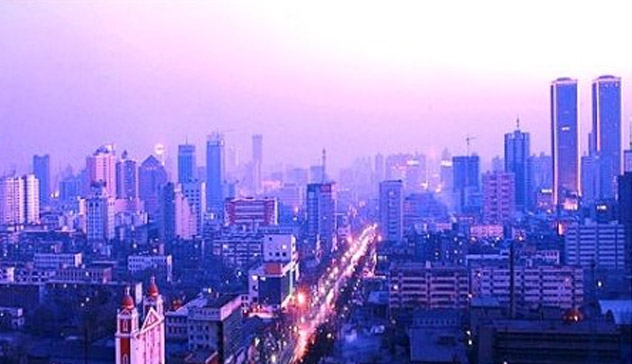 Residents of Taiyuan in China’s north erupted into panic when a TV station reported that a terrible animal known as the “Sibuxiang Beast” was nearing their city. The frightened populace locked themselves up at home while others frantically called the authorities for help. Eventually, the beast did arrive—only in the form of a new brand of liquor.

The “Sibuxiang Beast” TV spot had been an ad. But viewers used to commercials mundanely narrating and presenting products had taken it as an actual news report.

Although Jing Huiwen, the owner of the advertising firm behind the commercial, was later forced to apologize and pay a fine, the overwhelming publicity turned the Sibuxiang brand into a household name and quadrupled the firm’s roster of clients. Foreign analysts hailed the event as the beginning of capitalist creativity in China.

The United States and the Soviet Union found themselves in constant world-ending scenarios during the Cold War. It’s understandable then that Americans panicked when radio and TV stations across the country suddenly left the air and issued a broadcast from NORAD to wait for an incoming emergency message from the government.

For the audience, that could only mean one thing: World War III had begun. But after what must have been the longest 44 minutes ever, NORAD finally canceled the broadcast, to the country’s collective relief.

Civilian employee Wayne Eberhardt from the National Emergency Warning Center in Colorado had mistakenly loaded a tape containing a code word calling for a real warning instead of a practice one, transmitting it to radio and TV stations nationwide. In the aftermath, Eberhardt—who was just as shaken up by his mistake as the general public was—kept his job. His boss subsequently moved the real warning tapes far away from the transmitter as a precaution.

Remember that five-day war Russia and Georgia fought back in 2008? Worried Georgians thought that nightmare was happening all over again two years later when Imedi TV announced that Russian forces were rolling toward Georgia once again and that their pro-Western president Mikheil Saakashvili had been assassinated.

The broadcast was just a simulation, and the station clearly described it as such. But it was convincing nonetheless, complete with footage of the 2008 war, and it sparked mayhem. The public swamped phone lines and prepared to evacuate the capital, while Georgian civil and armed forces mobilized themselves for war. The distressing news also correlated with some deaths, with an old man dying of a stroke and a young man in the army succumbing to a heart attack.

In the aftermath, Imedi TV’s owner George Arveladze apologized for the chaos his station had caused but explained that they were only reacting to the very real threat of a Russian invasion, presenting how it might be conducted in the future. 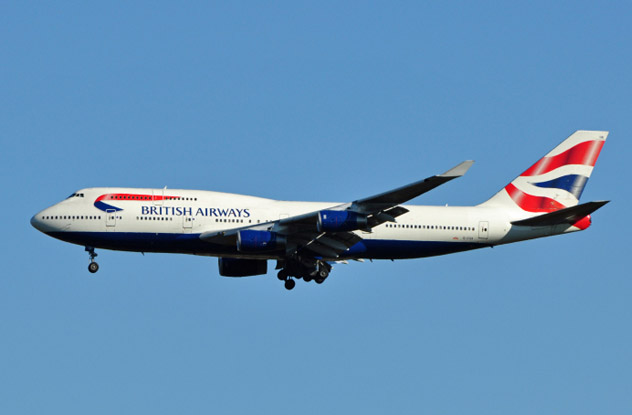 We can only imagine the terror British Airways passengers felt when a message announcing a crash landing erroneously played out on the plane’s speakers.

Passengers on the Miami–London flight heard a message at 3:00 AM that the plane was about to do an emergency landing on the water, and many concluded they were about to die. After 30 seconds, cabin crew reassured the distraught passengers that the announcement had been a false alarm, apologizing for the mistake.

Although British Airways later refused to elaborate on whether human error or a technical malfunction caused the gaffe, the cabin crew said that the pilot had accidentally pressed the wrong button. In his defense, a similar incident had occurred the previous year on another British Airways flight, when somebody also hit the wrong button, causing passengers bound to Hong Kong to panic.

In a classic case of mass hysteria with a modern twist, residents of the Philippines province of Pangasinan and netizens erupted into hysteria after linking an Indian preacher’s April 2013 prophecy about a flesh-eating disease to two patients with a “mysterious illness.” It didn’t help that that the country’s leading news station, ABS-CBN, investigated the incident and had its reporter wear full protective gear while interviewing the patients.

While local residents understandably panicked, the response took on epic proportions on the Internet, as evidenced by 80,000 Twitter users who hashtagged “#PrayforPangasinan.”

Eventually, health authorities who closely examined the two patients disclosed that they were suffering from nothing more than leprosy and psoriasis respectively. This revelation forced the news station to issue an apology, although they also stated that they really just wanted to find out if the flesh-eating disease was real or not.

Dow Chemical has long had a reputation for corporate irresponsibility in the name of profit. The company’s callousness was especially highlighted when a group of activists called the “Yes Men” decided to show the public how they thought Dow should act.

One member posed as a Dow spokesman on BBC and said the company had had a recent change of heart. They would now compensate victims of the infamous 1984 Bhopal disaster (the worst industrial disaster in history, which Dow has continued to wash its hands of) to the tune of $12 billion. News of this sudden turnaround sent the company’s market value down by $2 billion.

Dow representatives quickly issued a statement saying that the company had no such plan to compensate the victims. The move restored the value of the company’s stock, though it also made them look like jerks.

Although the hoax raised and dashed several thousand victims’ hopes, the Yes Men explained they did the stunt to pressure the company into owning up to the accident.

Residents of the Ecuadorian capital of Quito rioted after local station Quito Radio aired a Spanish dub of Orson Welles’s famous broadcast. People panicked in the streets, some running to the nearest church to hear a last service. However, fear quickly turned to rage after they realized that they had been hoodwinked. Consequently, a mob formed and set fire to the building that housed the radio station. They also ganged up on staff members who tried to escape the blaze.

The station suffered more than $300,000 in damages, and an estimated 6–20 people died. Only the arrival of the police and military ended the chaos.

In true urban legend fashion, it was said that the announcer who aired the broadcast, Leonardo Paez, was last seen standing on top of the burning building before disappearing. His daughter, however, later revealed that Paez understandably went under the radar for a while before having his case reviewed—and ultimately dismissed—by a court. After that, he relocated to Venezuela.

8 Incredible Holograms You Will Never Forget