Who doesn’t love a good legend? They are obviously extremely popular owing to the millions of spam emails that fly around the internet every day filled with the latest urban legend waiting for snopes to debunk it. This list looks at some more historical legends which, believe it or not, some people still believe to this day. It seems that no amount of snopesing can debunk them; perhaps listverse will fare better. 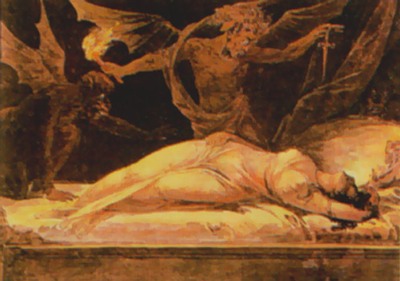 An incubus is a demon in male form supposed to lie upon sleepers, especially women, in order to have sexual intercourse with them, according to a number of mythological and legendary traditions. Its female counterpart is the succubus. An incubus may pursue sexual relations with a woman in order to father a child, as in the legend of Merlin, and some sources indicate that it may be identified by its unnaturally cold penis. Religious tradition holds that repeated intercourse with an incubus or succubus may result in the deterioration of health, or even death. A number of secular explanations have been offered for the origin of the incubus legends. They involve the medieval preoccupation with sin, especially sexual sins of women. Victims may have been experiencing waking dreams or sleep paralysis. 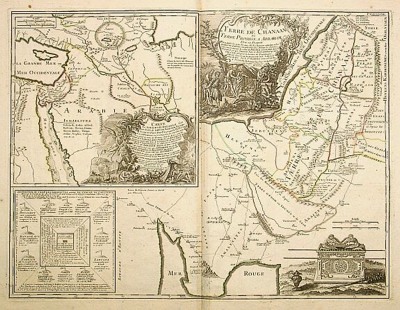 The Ten Lost Tribes of Israel refers to the ancient Tribes of Israel that disappeared from the Biblical account after the Kingdom of Israel was destroyed, enslaved and exiled by ancient Assyria. Many groups of Jews have doctrines concerning the continued hidden existence or future public return of these tribes. This is a subject that is partially based upon authenticated and documented historical fact, partially upon written religious tradition and partially upon speculation. There is a vast amount of literature on the Lost Tribes and no specific source can be relied upon for a complete answer. Some scientists have researched the topic, and at various times some have made claims of empirical evidence of the Ten Lost Tribes. However, religious and scriptural sources remain the main sources of the belief that the Ten Lost Tribes have some continuing, though hidden, identity somewhere. It should be noted that the Book of Mormon suggests that the Native Americans are from two of the lost tribes. 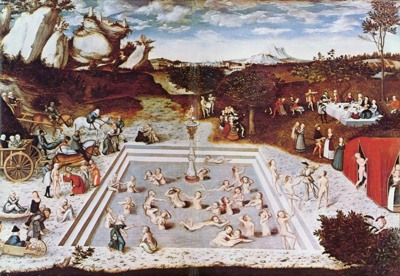 The Fountain of Youth is a legendary spring that reputedly restores the youth of anyone who drinks of its waters. Florida (ironically) is often said to be its location, and stories of the fountain are some of the most persistent associated with the state. Eternal youth is a gift frequently sought in myth and legend, and stories of things such as the philosopher’s stone, universal panaceas, and the elixir of life are common throughout Eurasia and elsewhere. Unfortunately, earlier native versions of the legend (from before the Old World became old) are not known outside of what snippets Spanish chroniclers managed to preserve of what is sure to have been a rich tradition. 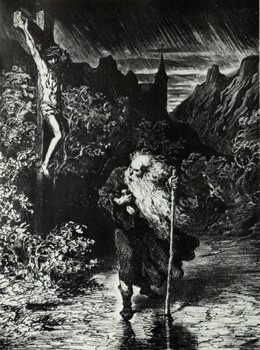 The Wandering Jew is a figure from medieval Christian folklore whose legend began to spread in Europe in the thirteenth century and became a fixture of Christian mythology, and, later, of Romanticism. The legend concerns a Jew who taunted Jesus on the way to the Crucifixion and was then cursed to walk the earth until the Second Coming. The exact nature of the wanderer’s indiscretion varies in different versions of the tale, as do aspects of his character; sometimes he is said to be a shoemaker or other tradesman, sometimes he is the doorman at Pontius Pilate’s estate. The origins of the legend are debatable; perhaps one element is the story in Genesis of Cain, who is issued with a similar punishment — to wander over the earth, never reaping a harvest again, but scavenging. 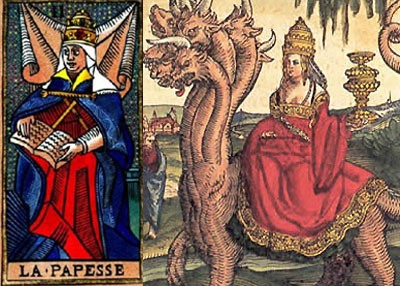 Pope Joan (also called La Papessa) is the name of a legendary female pope who supposedly reigned for less than three years in the 850s, between the papacies of Leo IV and Benedict III (though there were only two months between the two reigns). She is known primarily from a legend that circulated in the Middle Ages. Pope Joan is regarded by most modern historians and religious scholars as fictitious, possibly originating as an anti-papal satire. The story of Pope Joan is known mainly from the 13th century chronicler Martin of Opava – writing 500 years after the alleged Popess. Most scholars dismiss Pope Joan as a medieval legend. The Oxford Dictionary of Popes acknowledges that this legend was widely believed for centuries, even among Catholic circles, but declares that there is “no contemporary evidence for a female pope at any of the dates suggested for her reign,” and goes on to say that “the known facts of the respective periods make it impossible to fit [a female pope] in”. For those who are wondering what would happen if this were true (or were to ever be true): nothing; a female is not able to be a priest and a Pope cannot be crowned unless he is a priest first. 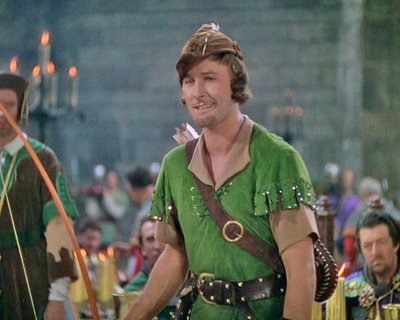 Robin Hood is an archetypal figure in English folklore, whose story originates from medieval times, but who remains significant in popular culture where he is known for “stealing from the rich and giving to the poor” and fighting against injustice and tyranny. His band includes a “three score” group of fellow outlawed yeomen – called his “Merry Men.” The origin of the legend is claimed by some to have stemmed from actual outlaws, or from tales of outlaws, such as Hereward the Wake, Eustace the Monk, Fulk FitzWarin, and William Wallace. There are a number of theories that attempt to identify a historical Robin Hood, but for various reasons (such as the popularity of the name in the Middle Ages), it is unlikely to ever come up with any evidence that suggests he is not just a legend. 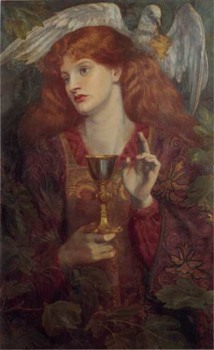 According to Christian mythology, the Holy Grail was the dish, plate, or cup used by Jesus at the Last Supper, said to possess miraculous powers. The connection of Joseph of Arimathea with the Grail legend dates from Robert de Boron’s Joseph d’Arimathie (late 12th century) in which Joseph receives the Grail from an apparition of Jesus and sends it with his followers to Great Britain. The development of the Grail legend has been traced in detail by cultural historians: It is a legend which first came together in the form of written romances, deriving perhaps from some pre-Christian folklore hints, in the later 12th and early 13th centuries. The early Grail romances centered on Percival and were woven into the more general Arthurian fabric. Some of the Grail legend is interwoven with legends of the Holy Chalice. 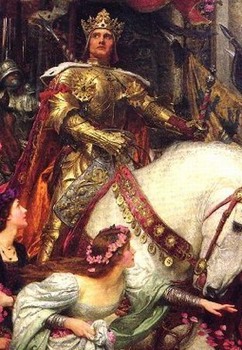 King Arthur is a legendary British leader who, according to medieval histories and romances, led the defence of Britain against the Saxon invaders in the early 6th century. The details of Arthur’s story are mainly composed of folklore and literary invention, and his historical existence is debated and disputed by modern historians. The historical basis for the King Arthur legend has long been debated by scholars. One school of thought, citing entries in the Historia Brittonum (History of the Britons) and Annales Cambriae (Welsh Annals), sees Arthur as a genuine historical figure, a Romano-British leader who fought against the invading Anglo-Saxons sometime in the late 5th to early 6th century, but the lack of convincing early evidence is the reason many recent historians exclude Arthur from their accounts of post-Roman Britain. 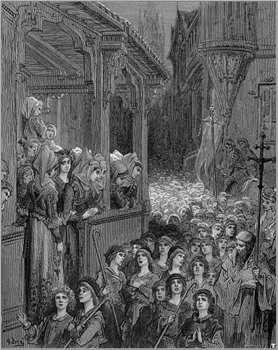 The Children’s Crusade is the name given to a variety of fictional and factual events which happened in 1212 that combine some or all of these elements: visions by a French or German boy; an intention to peacefully convert Muslims in the Holy Land to Christianity; bands of children marching to Italy; and children being sold into slavery. A study published in 1977 cast doubt on the existence of these events and many historians now believe that they were not (or not primarily) children but multiple bands of “wandering poor” in Germany and France, some of whom tried to reach the Holy Land and others who never intended to do so. Early versions of events, of which there are many variations told over the centuries, are largely apocryphal. Recent research suggests the participants were not children, at least not the very young. The confusion started because later chroniclers, who were not witness to the events of 1212 and who were writing 30 years or more later, began to translate the original accounts and misunderstood the Latin word pueri, meaning “boys”, to mean literally “children”. The original accounts did use the term pueri but it had a slang meaning, similar to how the term “country bumpkins” is used as a derogatory term in the rural United States. 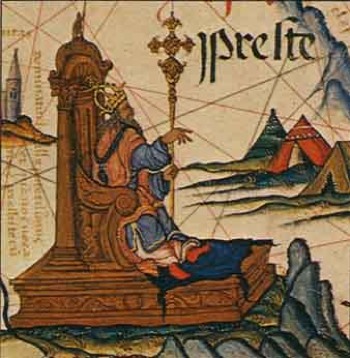 The legends of Prester John, popular in Europe from the 12th through the 17th centuries, told of a Christian patriarch and king said to rule over a Christian nation lost amidst the Muslims and pagans in the Orient. Written accounts of this kingdom are variegated collections of medieval popular fantasy. Reportedly a descendant of one of the Three Magi, Prester John was said to be a generous ruler and a virtuous man, presiding over a realm full of riches and strange creatures, in which the Patriarch of the Saint Thomas Christians resided. His kingdom contained such marvels as the Gates of Alexander and the Fountain of Youth, and even bordered the Earthly Paradise. Among his treasures was a mirror through which every province could be seen, the fabled original from which derived the “speculum literature” of the late Middle Ages and Renaissance, in which the prince’s realms were surveyed and his duties laid out. Despite the non-existence of Prester John, the medieval belief in the legend affected several hundred years of European and world history, directly and indirectly, by encouraging Europe’s explorers, missionaries, scholars and treasure hunters.

10 Militias That Waged Guerrilla Warfare In The Civil War