Where would the world be without scientific studies? I think most would agree that some can be very informative, some not so informative and others are just plain silly and a waste of money. The studies on this list are all rather unusual in nature, hopefully entertaining and each study was sourced at least twice on different websites. Some here I believe do have some merit while others will fall into the questionable category and the results may need to be taken with a grain of salt. The reason I have selected so many sexually oriented studies for this list is unknown and is perhaps worthy of another study. 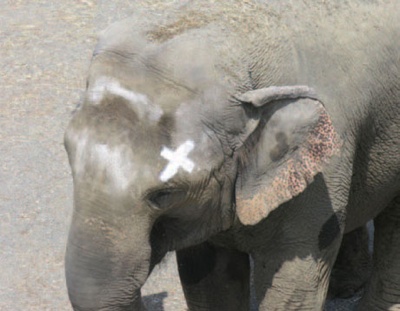 Three Asian elephants named Happy, Maxine, and Patty were observed by researchers after a large mirror was placed in the elephant’s yard. Happy was marked with a white X painted above her eye and a similar mark was made on the opposite side of her head in invisible paint of an identical smell and texture. When Happy saw her image in the mirror she repeatedly brought her trunk to her own head to touch the white mark. This is the ultimate test of self-recognition. The Elephants also made repetitive movements in front of the mirror and apparently used it to inspect their body parts. Maxine even put her trunk tip into her mouth and looked as though she was trying to study her mouth’s interior.

Interesting Fact: Elephants have now joined apes and dolphins in being part of a small group of animals that are able to recognize themselves in the mirror.

The Babraham Institute investigated sheep’s ability to distinguish and remember faces of both other sheep and humans. The researchers trained the sheep to associate one of the pair with a food reward. 20 sheep were presented with pictures of 25 pairs of sheep faces. They determined that the sheep could recognize the individuals associated with a reward even in profile. The team further discovered that sheep can remember as many as 50 sheep faces in addition to a familiar human face for up to two years.

Interesting Fact: Scientists concluded that because sheep have such sophisticated facial recognition skills, they must have much greater social requirements than previously thought 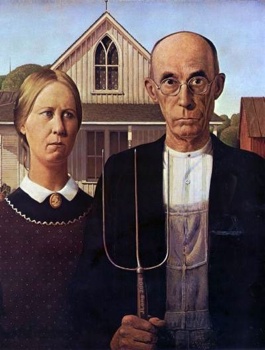 The Study: Do Married Couples Start to Look Alike Study
Conducted By: Psychologist Robert Zajonc at the University of Michigan

For this study 110 participants were presented with random photographs of faces, and were instructed to match the men with the women who most closely resembled each other. Two dozen of the photographs were of couples when first married and another two dozen were of the same couples 25 years later. The judges were able to match husbands and wives far more often when the couples were older than when they were younger.

Interesting Fact: The results could not be explained but there were some possible explanations. The first was diet with the thinking that if both partners eat a high fat diet, their faces will both tend to look chubby. Another explanation was environment such as sunshine that would affect the skin in similar ways. A third explanation was predisposition with the idea that people are more likely to choose partners who will grow to look like them. The most popular explanation was empathy. People grow to look similar because they are empathizing with each other so the couple would copy each other’s facial expressions. Then over time because of all the empathizing, their faces come to look more similar. 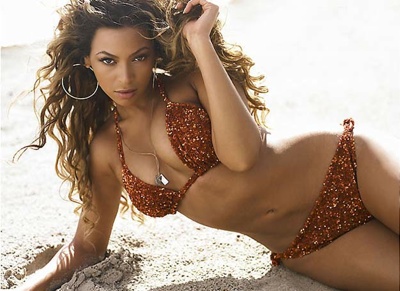 Researchers looked at data from a study of more than 16,000 women and girls that detailed their body measurements, as well as their education level and scores on various cognitive tests. The women were measured by their waist-to-hip ratio or WHR. This is done by dividing your waist size by your hip size. The report indicated that women with waists that were about 70 percent of the diameter of their hips scored slightly better on intelligence tests and tended to have a slightly higher level of education than women with a higher waist-to-hip ratio. Also women with lower WHRs and their children had significantly higher cognitive test scores. One theory is the amount of omega-3 fatty acids in a woman’s hips and thighs are a key indicator of her heart health. It’s also important for the health of her brain and the brain of any child she may bear.

Interesting Fact: Scientists call the study intriguing but say the differences in cognitive ability that the researchers found were somewhat small. Because of this they think it would be a mistake to over interpret the findings that just because a woman has a curvy figure, she’s smarter. 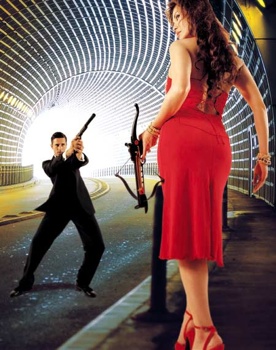 The Study: Are Women More Attractive in Red Study
Conducted By: The University of Rochester NY,

This study wanted to test whether men have different attitudes towards women based on the color they are wearing. In one experiment Psychologists asked: “Imagine that you are going on a date with this woman and have $100 in your wallet. How much would you be willing to spend on your date?” Pictures of the exact same women were shown to men with different colors. The woman wearing red was more likely to be treated to a more expensive date. In all the experiments, women shown framed by or wearing red were rated significantly more attractive and sexually desirable by men than women in other colors.

Interesting Fact: One of the theories to explain the outcome of the study was it could be due to deep biological roots because nonhuman male primates, such as baboons and chimpanzees, are known to be attracted to females displaying red. 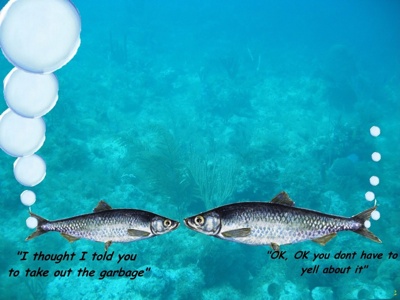 The Study: Do Herring Communicate by Passing Gas Study
Conducted By: Canada and Britain

Two teams carried out this research project. One studied Pacific herring in Bamfield, British Columbia, while the other focused on Atlantic herring in Oban, Scotland. It was discovered that the Atlantic and Pacific herring create a mysterious underwater noise. It turns out that the high-frequency sound was created by releasing air from their anuses. The noise was always accompanied by a fine stream of bubbles. Researchers suspect herring hear the bubbles as they’re expelled, helping the fish form protective shoals at night.

Interesting Fact: Researchers named the phenomenon Fast Repetitive Tick, which makes for a rather interesting acronym, FRT. Scientists say unlike the human version, these FRTs are thought to bring the fish closer together. 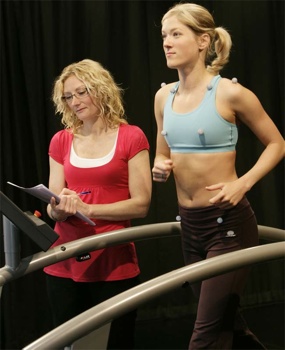 70 women were recruited including students at University of Portsmouth with bra sizes ranging from A-cup to extra-large (DD, E, FF, G, H, HH, J and JJ). Each woman walked, jogged and ran while wearing different bra types. During the exercise, biomechanical measurements were taken of breast movement in three directions: up-and-down, side-to-side and in-and-out. During walking exercise, the women’s breasts moved relatively the same amount in all directions. But when participants sped up to a jog or run, their breasts moved proportionally more in some directions than others: The overall pattern of the movement resembled a figure-8. The study showed A-cup women, wearing a sports bra reduced overall breast movement by 53 percent, compared with a 55-percent reduction for G-cup women. A pair of D-cup breasts weighs about 15 to 23 pounds (7 to 10 kilograms) and had little support with ligaments and the skin doing most or all of the support work. It was concluded that whether women are flat-chested or big-busted, ordinary bras fall short when it comes to supporting bouncing breasts.

Interesting Fact: The momentum created by intense bouncing can stretch the breast’s connective tissues, causing sagging and pain for many women. An estimated 50 percent of women experience breast pain during exercise. 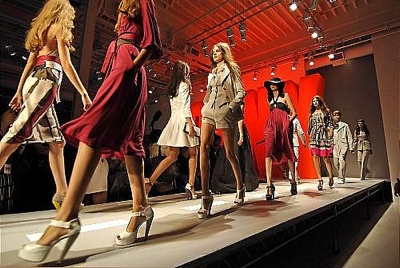 The idea behind this study was to determine whether women give subtle signals to men to advertise they are experiencing different levels of sex hormones. The lead researcher Meghan Provost had expected a sexy hip-swinging walk to be one of those signals. She analyzed the gait of female volunteers and their levels of sex hormones in their saliva. She then showed video clips to 40 men asking them to rate the attractiveness of the way the women walked and then matched the results to the hormone tests. The results were so surprising that she repeated the experiment again with another group of male viewers. The researchers found those with alluring walks were the furthest away from ovulation and the women who were most fertile walked with fewer hip movements and with their knees closer together.

Interesting Fact: It was suggested that during the most high hormonal time it is in a woman’s best interests to form a closer attachment to one man to help raise children rather than to advertise her fertile time and be approached by a larger number of competing males. Also a sexy walk would be too obvious, so women are thought to use changes in smell and facial expressions that can be experienced only at close range. 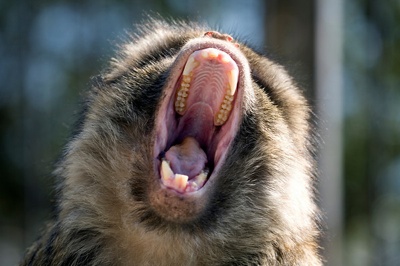 The Study: Why Female Monkeys Shout During Sex Study
Conducted By: The German Primate Center in Göttingen

To investigate the purpose behind the female monkey’s shouting calls, behavioral scientist and primatologists focused on Barbary macaques (Old World monkey species) for two years in a nature reserve in Gibraltar. The researchers found that females yelled during 86 percent of all sexual encounters. When females shouted, males ejaculated 59 percent of the time. However, when females did not holler, males ejaculated less than 2 percent of the time. To see if yelling resulted from how vigorous the sex was the scientists counted the number of pelvic thrusts males gave and timed when they happened. They found when shouting occurred thrusting increased and led to more vigorous sex. It was concluded that female monkeys may shout during sex to help their male partners climax. Scientists found that without these yells male Barbary macaques almost never ejaculated. The information on the study did not reveal how they were able to detect whether an ejaculation occurred but I guess its best to leave some things to the imagination.

Interesting Fact: Male and female Barbary macaques are promiscuous, often having sex with many partners. The females shout when they are most fertile, so males can make the most use of their sperm. 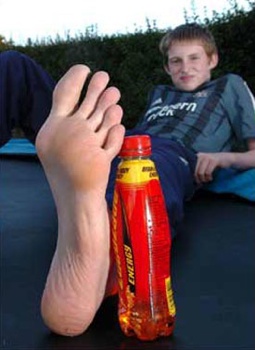 In this study the researchers measured 104 men’s feet and their penises. Because there is no perfect way to measure a man’s penis, they did what many other studies do that measure penis length. The researchers stretched the penis with a defined amount of force to determine how long it can get. This gives a pretty good indication of how long the penis would be when fully erect. The result of this study, (to the relief of all size seven shoe-wearing males) was that there is no scientific support for the relationship between a man’s shoe size and the length of his penis.

Interesting Fact: In another study a group of Greek researchers measured height, weight, waist/hip ratio, finger length and penis length of fifty-two men, aged nineteen to thirty-eight. They found that age and body characteristics were not associated with size of penis except for the “index finger length, which correlated significantly with the dimensions of the flaccid, maximally stretched penis.” A similar study with 1500 men also found that length of index the finger was significantly correlated with penis dimensions.