Since the beginning of commercial aviation, thousands of planes have crashed all over the world, with tens of thousands of people injured or killed. When an air disaster strikes, sometimes pilots can’t react in time or do anything to prevent the final catastrophe despite heroic efforts to land their plane safely. Sometimes, though, pilots bring their stricken craft back to earth through a combination of skill and training and maybe some luck, with minimal or no casualties. The following is a selection of pilots and the disasters that they weathered under the most trying of circumstances. (Mistakes in terminology or crew names are my own.) If you know of a crash you feel should be listed, given the parameters outlined above (in other words, no crashes with complete destruction of the plane and total loss of life), please provide it in the comments.

Many of these examples are profiled on such shows as “Air Disaster” (also called “Mayday” and “Air Crash Investigation” and “Mayday: Catástrofes aéreas,” depending on the market) and “Seconds from Disaster.” Personally, I’ve been in one situation that could have been a disaster. My family and I were on a Japan-bound Northwest 747 leaving Minneapolis when one of the right engines flamed out on takeoff. The pilots circled the airport while dumping fuel to make the plane lighter and safe enough to land on three engines. I have a cool snapshot of the fuel dump. 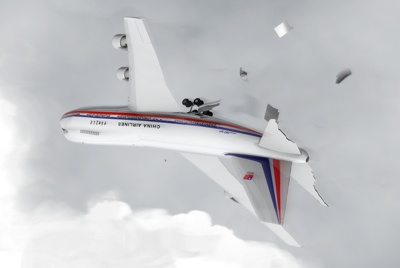 During a late-night non-stop flight from Taipei to Los Angeles, the 747 lost power in one engine. The pilots, later found to be well past exhaustion from round-the-clock flying duties, made a series of minor mistakes that caused the jumbo jet to plunge 30,000 feet in 2 1/2 minutes. The g-forces of up to 5g caused serious damage to the aircraft and some injuries. Fortunately, the crew was able to right the heavily damaged plane and restart the faulty engine. They diverted to San Francisco and landed safely. The near-fatal plunge led to changes in the recommended rules governing how long a crew can fly without relief or rest.

Another fuel-loss incident, this cross-Canada 767 ran out of fuel because of a series of front office bungling, a new type of fuel gage and other human errors, including failure to convert fuel equations with the metric system. With all power gone, the captain, an experienced glider, used every trick he could think of to bring the aircraft in for an emergency landing at an industrial airport in Gimli, Manitoba. The nose gear collapsed on touchdown, but none of the crew or passengers was seriously injured. The flight was later dubbed the “Gimli Glider.” 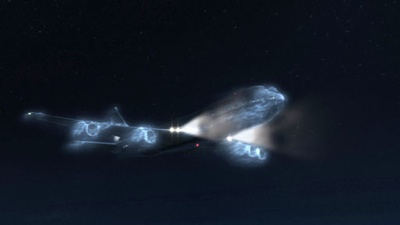 A 747 flight named The City of Edinburgh was en route from London to Auckland when the pilots inadvertently flew her through the ash cloud of Mount Galunggung, an Indonesian volcano. Lacking any moisture, the ash cloud did not show up on their radar screen. The ash shut down all four engines and the oxygen supply stopped working properly. With no engines, Moody put her in a steep, 6,000-foot dive to reach breathable air, then turned toward Jakarta for a possible water landing—all while gliding. Fortunately, after they cleared the ash cloud, the crew got the engines restarted and they landed safely in Jakarta. Fun fact: Captain Moody issued what’s justly called a “masterpiece of understatement” when he told passengers: “Ladies and Gentlemen, this is your Captain speaking. We have a small problem. All four engines have stopped. We are doing our damnedest to get them going again. I trust you are not in too much distress.” 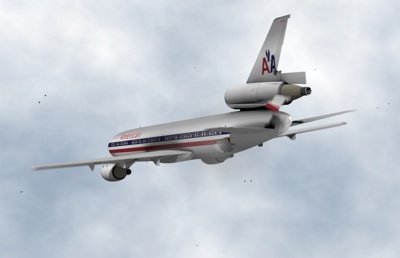 This DC-10 suffered explosive decompression when a cargo hatch blew out. Rapid decompression crumpled part of the cabin, damaged hydraulic controls, cut controls to the top engine and caused the rudder to stick at far right. Despite the severe damage to the aircraft, the pilots landed her safely with no loss of life. The cause of the accident was a faulty locking mechanism on the cargo bay door. 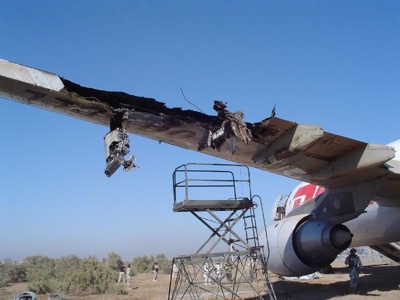 “Fedayeen” scum fired a missile at this Airbus A300 cargo plane doing a rapid-climb takeoff from Baghdad airport. The missile hit the left wing, destroyed an engine and irreparably damaged all hydraulic systems. Without hydraulics, they could use only differential throttles to control the A300, whereby pilots gain a measure of lateral control through running one engine faster than the other, and a smidgen of horizontal control by increasing/decreasing speed. After experimenting for 10 minutes, the three-person crew turned the damaged craft around for a landing. They veered off the runway into soft sand, using only reverse thrust to stop the craft. Fascinating note: Capt. Gennotte got the idea to use differential throttles after attending a seminar given by Capt. Al Haynes, the pilot of United Airlines Flight 232 (see #2 below), who used the techniques when his aircraft lost all hydraulics. 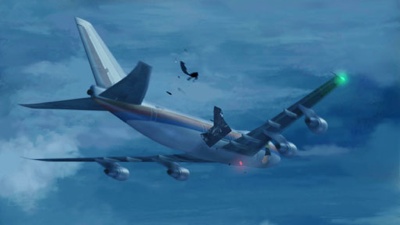 A cargo door failed on this 747-122 bound for New Zealand, causing explosive decompression. Nine passengers were killed and several injured. The crew lost some flight controls and fires started in engines 3 and 4. They took the 747 down to breathable air—the accident also destroyed the oxygen equipment —and turned the plane back to Honolulu. With only partial flaps, they landed successfully. 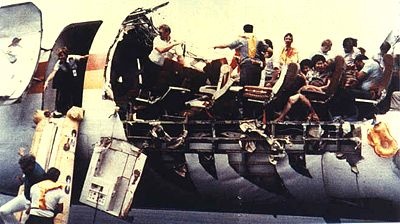 This is probably one of the most well-known air disasters. This 737, bound for Honolulu, suffered serious structural damage when the top portion of the passenger cabin literally ripped off. Metal fatigue and corrosion from continual operation near salt water caused hairline fractures that eventually led to catastrophic structural failure. One crewmember was killed and about 65 people were injured. The pilots brought the heavily damaged craft down safely, despite not knowing whether the front landing gear had deployed correctly. It is absolutely amazing that the 737 stayed in the air.

An al Qaeda member planted a bomb aboard a Japan-bound Philippine Airlines 747. The explosion killed the passenger sitting directly over the bomb and injured several others. The blast also severed aileron controls, making steering all but impossible, with or without autopilot. The skillful crew managed to turn the aircraft through changing the trust to each engine and land the stricken craft safely on Okinawa. Historical note: After the failure of this plot, AQ scum turned to hijacking commercial jets to fly them into buildings — 9/11, of course — then later attempted another version of the bomb plot with several liquid compounds on several flights leaving England. That plot fortunately was uncovered before it could be executed.

This tragic and heroic story is one of the most famous air crashes of all time, partly because it was caught on film. The fan blade in the DC-10’s tail engine disintegrated and completely shredded all hydraulic controls, including the redundant hydraulics. The flight crew maintained the barest amount of control using differential throttles, which flight instructor Fitch suggested they use. Together, they brought the DC-10 in for a crash landing at the Sioux City airport. With almost no control, their rate of descent and airspeed were far too high, but they made it down. The craft hit hard; the left wing smacked the ground, spilling fuel, which immediate ignited. Of the 296 on board, 111 died. As horrific as that sounds, it would have been a lot worse if not for the tremendous abilities of Haynes and his crew, and the large numbers of rescue personnel and National Guardsmen who just happened to be on scene. The clip is actual footage of the crash. Note that the plane didn’t actually tumble; that’s the wing you see flipping over, not the fuselage. Second note: Like many crashes, this one changed air safety regulations. Previously, infants were not required to have their own seats; passengers were told to place “lap children” on the floor in front of them in the event of a crash landing. One child was killed because of this, and now all passengers, regardless of age, are required to have a seat.

I placed this one first not because it’s the most recent, but because it was one of the most amazing crash landings ever made in a commercial airliner. This Airbus 320 struck a flock of geese minutes after leaving La Guardia, knocking out both engines. Capt. Sullenberger searched for a safe landing spot, but was unable to return to La Guardia or reach an airfield in New Jersey. Instead, he aimed for the Hudson River. He brought her down successfully, touching down with so much skill the Airbus held together and no one was seriously injured. A National Transportation Safety Board spokesperson called it “the most successful ditching in aviation history.” The Guild of Air Pilots and Air Navigators gave the rare Masters Medal award to “Sully” and his crew. You can find actual video of the crash landing on YouTube and elsewhere (mainly taken from security cameras), but the above-linked CGI rendering is highly useful because it shows what happened synched with the actual conversations between Capt. Sully and traffic control.