This week, President Obama signed the Family Smoking Prevention and Tobacco Control Act – an act which outlaws flavored cigarettes (like clove) and the use of terms such as “mild” or “light”. There is definitely irony in this as Obama is known to smoke. In memory of yesteryear when cigarette advertising was everywhere, we have compiled this list of amusing (and probably shocking to many people) vintage cigarette posters. Many of the images were sourced from WellMedicated – a link is at the bottom and we recommend you visit the site for more vintage posters (not just smoking-related). As always, click the image for a larger version. 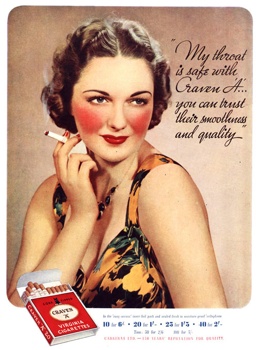 Her throat may be safe but she looks like she has scarlet fever! 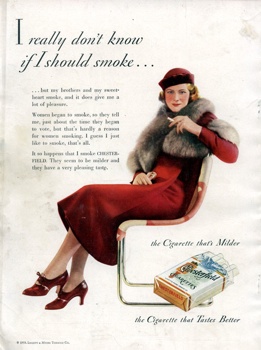 For those who don’t want to click the image, it says: “Women began to smoke, so they tell me, just about the time they began to vote”.

8
Blow In Her Face 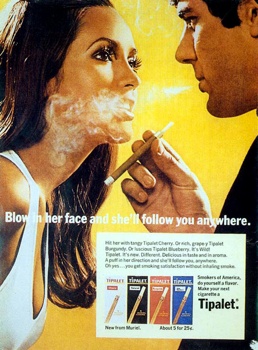 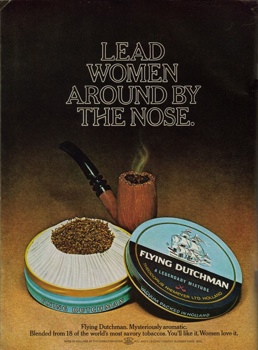 How many women here would fall in behind a guy who smelt of stale smoke? 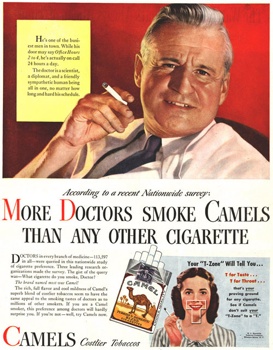 It is in fact true that in the past many doctors would “prescribe” smoking to pregnant women as a safer alternative to medicines in the control of blood pressure. 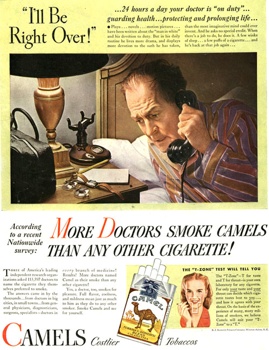 You have to love the urgency in this poster as the doctor is woken in the early hours of the morning to deal with a cigarette crisis. 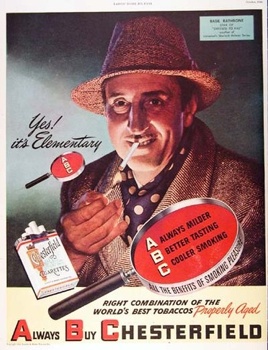 I think they screwed up with this ad – he looks more like a demon than a happy smoker to me. 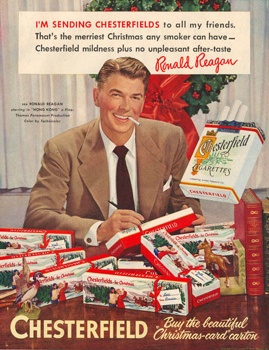 I must confess, as a smoker I would appreciate these for Christmas – especially at today’s prices! 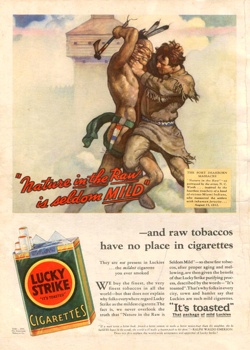 Not just a smoking ad – but a racial stereotype! God knows how this was meant to entice people to take up the habit. 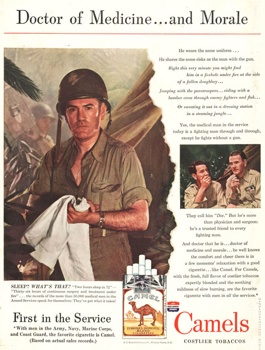 Here is a doctor in the field who not only boosts your health – he boosts your morale: with a pack of camels! 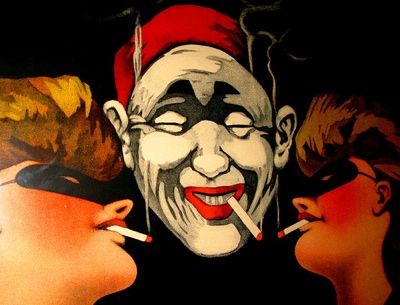 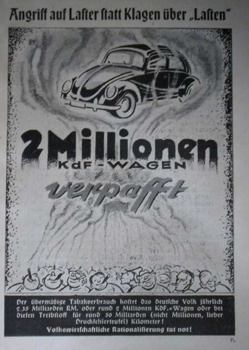 Believe it or not, the Nazis were the first to launch nation-wide anti-smoking campaigns. The translation of this poster is: “Attack vices rather than complain about ‘burdens.’ 2 million KdF cars [the Volkswagen] up in smoke. Excessive use of tobacco costs the German people 2.35 billion marks annually, enough for around 2 million KdF cars, or enough gas for those cars to drive 50 billion kilometers (not million, dear proofreader)! We need to rationalize our people’s economy!” [Source]

Sources: 40 Vintage Tobacco Advertisements (a must see site for many more vintage posters),