For centuries, debate has raged over hypnosis—an altered state of consciousness involving relaxation, increased focus, and suggestibility. The name derives from the Greek word for sleep. However, it is more akin to daydreaming. Hypnotherapy has proven effective in treating anxiety, eating disorders, and addiction. The US government has even investigated it for military applications. Unfortunately, criminals are quick to exploit the power of hypnosis. Over the past few years, thieves and sexual predators have employed hypnotism with increasing frequency. 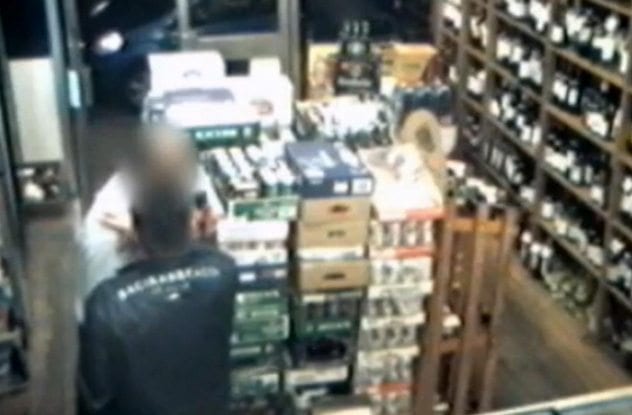 On September 11, 2014, security camera footage captured a hypnotist placing a London liquor storeowner in a trance before robbing him. The owner of Hops and Pops, Aftab Heider, 56, was shocked to discover he had been relieved of several hundred pounds in cash. The CCTV footage reveals an Eastern European man in black bomber jacket, who brushes past Heider, before gently tapping his arm. Moments later, the suspect makes a stabbing motion, which places the merchant in a trance. He then reaches into Heider’s pockets and exits with the day’s earnings.

Magician Damien O’Brien suggests that Heider may have been previously hypnotized and implanted with a “trigger.” The magician insists “you can never hypnotize someone on the first go.’ The suspect must have done “pre-suggestive” work, most likely on a previous visit. This is the first time a crime by hypnosis has been captured on CCTV in the UK. 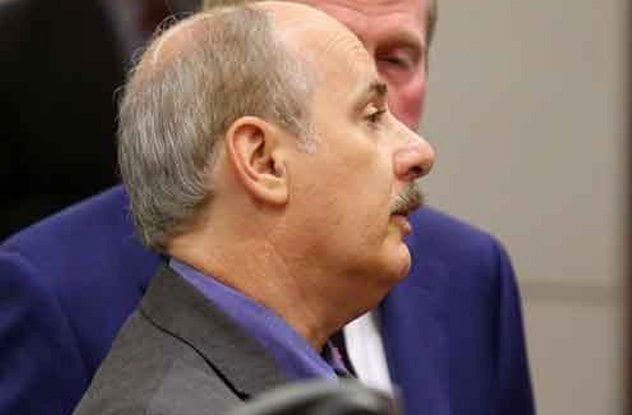 In November, an Ohio divorce lawyer pleaded guilty to hypnotizing six female clients for sex. Michael Fine’s hypno-hustle came crashing down in 2014, when a victim secretly recorded one of their sessions. Her suspicions were aroused after having a sense of lost time following their meetings. Her initial reports to police were dismissed. They suggested she hire a new lawyer. However, her secret recoding changed their tune.

On the recording, Fine, 59, puts his client into a trance and then begins a highly “sexually charged discussion.” Fine can heard guaranteeing that the woman will have a “massive orgasm” and that she was “being made love to by the world’s greatest lover.” Other victims came forward, including a minor. Fine was indicted on multiple accounts of rape, kidnapping, sexual battery, and child pornography. Most charges were dropped in exchange for a guilty plea. He was sentenced to 12 years. 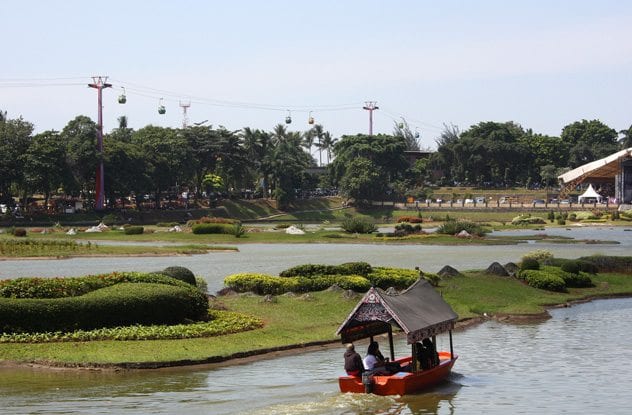 In June, Jakarta police arrested five people who used hypnosis to rob victims. According to investigators, the thieves would approach lone individuals and ask for directions. The victims would then be hypnotized and convinced to give up their possessions. By the time the trance state wore off, the thieves were long gone. This band of malicious mesmerists allegedly made off with laptops, cell phones, and cash.

The suspects confessed to committing over 100 hypnosis thefts around Jakarta. Their motive was to use the stolen items and cash to buy property in Bogor. The suspects have been charged and face five years in prison. Police in Indonesia are well acquainted with hypnotist thieves. One Indonesian airport even has banners warning of this class of criminal. National police spokesman Ronny Sompie indicated that hypnotist thieves target “those who appear vulnerable—with a lot of luggage, or ask for help when they arrive.” 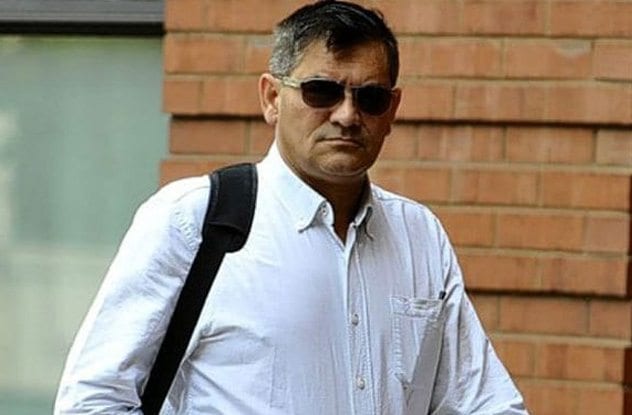 In 2015, a British man received a 10-year sentence for using hypnosis to sexually assault a client. Gary Naraido, 52, convinced his 22-year-old victim that he could cure her eating disorder. Upon entering a trance, the victim was told she would climax every time Naraido uttered the word “kapow.” The hypnotized victim was unable to move as Naraido fondled her and placed her hand on his crotch. Upon returning home, the victim felt exhausted and confused. She soon broke down in front of colleagues. 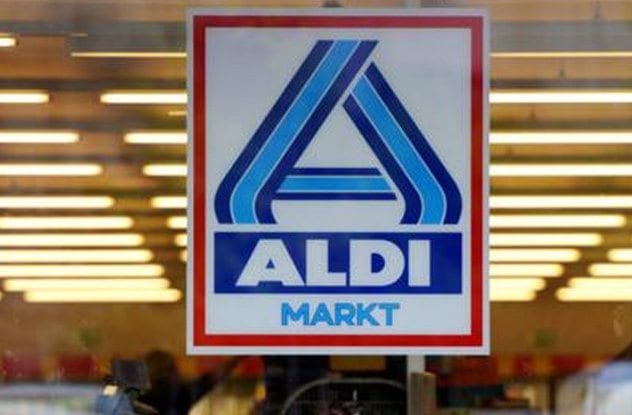 In 2014, German police began a hunt for a pair of Russian hypnotists, who were accused of mesmerizing victims before robbing them. According to Sarah Alexeveya, 66, two Russian women approached her in front of an Aldi grocery store in Elmshorn, Schleswig-Holstein. The pair offered to read her fortune. The next thing she knew, Alexeveya was back home in her armchair, and all of her jewelry and valuables were missing. The victim, who is also Russian, had no idea what occurred between the grocery store and her apartment.

There have been other similar incidents in Germany, almost all involving foreign women as victims. According to witnesses, the thief duo is made of one woman around 35-year-old and her accomplice, a much larger woman, around 55 years old. Investigators believe that foreign women make easier targets, as they feel less secure and may be more open to the thieves’ spiritual appeals.

5No Mind, No Will Of Your Own 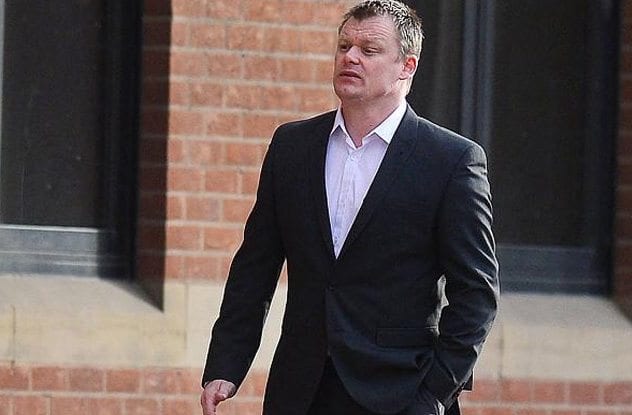 In 2013, a British hypnotist was jailed for 18 months after convincing a client that she was his “sexual slave.” Timothy Porter, 40, persuaded his victim that he could treat her anxiety and facilitate weight loss. However, she awoke from a trance to find him with his pants down and alerted authorities. Porter pleaded guilty to one count of causing a person to engage in sexual activity without consent.

Porter had multiple sessions with the victim before turning up uninvited at her house on December 2, 2012, when her husband was away. Porter kept repeating “No mind, no will of your own.” He then stated that he was “her master” and that she was his “sexual slave.” He convinced her to expose herself and fondle her breasts while he pleasured himself. The self-taught hypnotist claims that he “misread” the situation. Porter will be on the sex offenders’ registry until 2023. 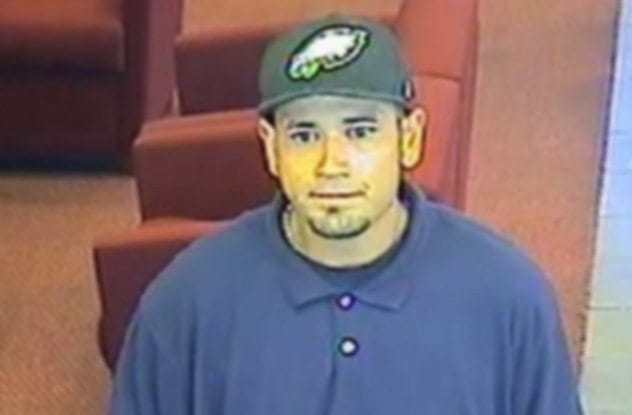 In June 2014, authorities apprehended the “Hypnotist Bandit.” According to witnesses, the thief stares deeply into the eyes of tellers, hands over a demand note, and then refuses to look away. Manuel Jose Hernandez, 28, was caught robbing a Chase bank in Ventura in a building that houses the FBI offices on the second floor. After handing over $1,700, the teller pushed the silent alarm. Agents chased the suspect, who was running from the scene with a black nylon bag.

Hernandez revealed that he was desperate for money and was proud of the fact that “he didn’t use any force in the robberies.” According to the criminal complaint, Hernandez’s total haul from four LA area bank robberies was roughly $16,300. The exact nature of the Hypnotist Bandit’s mesmerism remains a mystery. 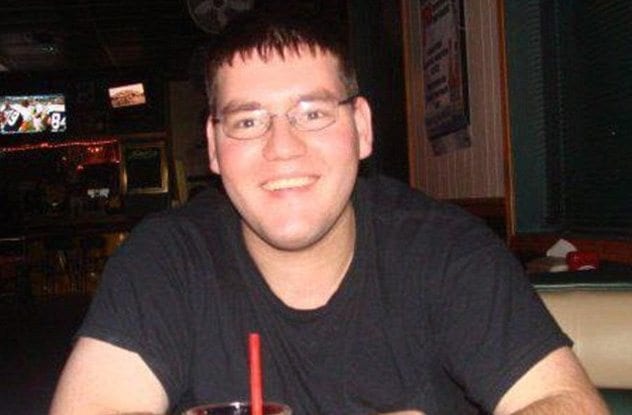 In 2014, a Washington State hypnotist convinced a woman she was blind before raping her. Kevin Geyer, 25, pleaded not guilty to a charge of indecent liberties. On June 4, prosecutors allege that amateur hypnotist put the victim in a trance-state, blocking out all her senses but hearing. When she awoke, she was fully clothed and confused. However, memories of Geyer sexually assaulting her began to creep back, and she alerted authorities.

According to police reports, Geyer apologized via text message after his victim confronted him. When police contacted the hypnotist, he admitted to fondling her and expressed remorse. In the wake of the Geyer case, New York mentalist “The Amazing Kreskin” offered $100,000 to anyone who could put someone into a trance state. According to Kreskin, “the chances of them not being able to resist is less than zero.” He claims hypnosis works by consciously compelling individuals through “suggestion.” 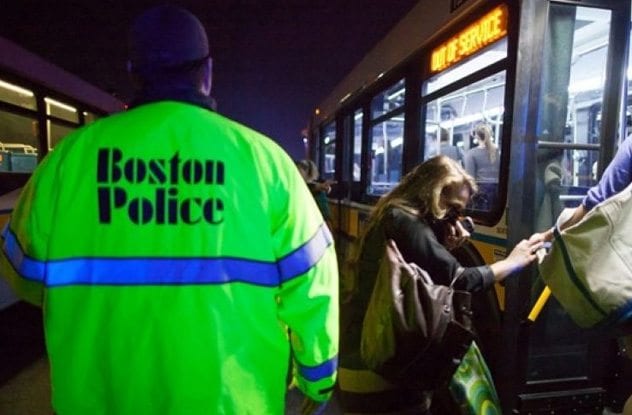 In 2012, Boston police reported that a woman was hypnotized into handing over her life savings to thieves. Three Cantonese-speaking women approached the 57-year-old victim in the city’s Chinatown on April 16. The women begin to ask her questions about her family. Her next memory was filling a bag with $160,000, jewelry, and her passport, before handing it over to the trio. The victim insists she was put into a trance state by the scammers.

In June 2012, six women were arrested at San Francisco International Airport for allegedly conning scores of Chinese women out of over $800,000 in cash and valuables. They promised to rid the victims of evil spirits. Boston police believe this scam is related to the Chinatown hypnosis theft. According to the deputy director of Boston’s Chinese Progressive Association, the elderly are particularly vulnerable to hypnotism scams. Boston police say this is the city’s first known theft-by-hypnosis. 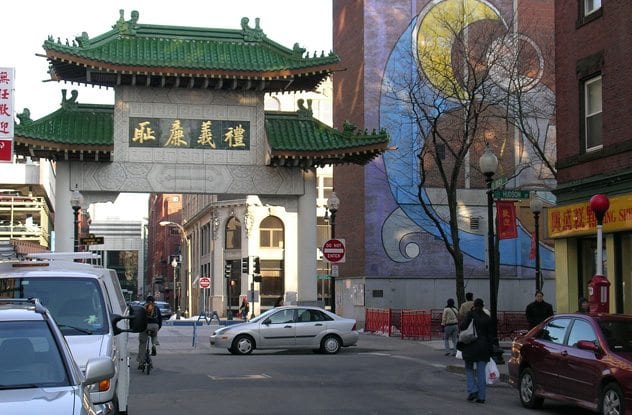 In July 2010, police discovered a video of a British hypnotist sexually abusing his 19-year-old client. The victim reported Philip Sherwin, 47, after he told her remove her top during a session. She indicated that she felt comfortable with Sherwin and had no idea she was being abused or filmed. Along with the video, police discovered photos of the victim in her underwear along with 40,000 images of child pornography.

Sherwin charged £95 for an hour session. However, his credentials amounted to nothing more than a one-week course and a two-hour seminar. He was treating the victim for anxiety and had hypnotized her multiple times. According to prosecutors, Sherwin “preconditioned” the victim. He explained that she should ignore feelings of sexual arousal, which were likely to occur. After admitting to the offenses, Sherwin was sentenced to 18 months and will be listed on the sex offenders’ registry for 10 years.

Dubbed the “Indiana Jones of folk music” by TimeOut.com, Geordie McElroy has hunted spell songs, incantation, and arcane melodies for the Smithsonian, Sony Music Group, and private collectors. A leading authority on occult music, he is also the singer of LA-based band Blackwater Jukebox.