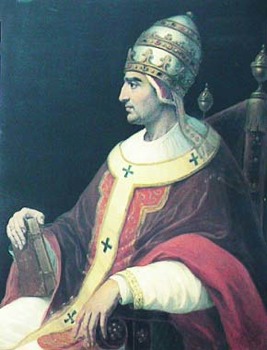 1. In 1752, there were only 354 days in Great Britain and its colonies. This was because Britain adopted the Gregorian Calendar in place of the Julian calendar. The lost days were September 3 – September 13 inclusive.

2. The Hundred Years’ War (a war to determine who the rightful King of France would be) was actually 116 years long. It was during this war that Saint Joan rose up in France to lead her army to victory.

3. From the year 1309 to 1377, the Roman Catholic Papacy was not based in Rome – it was based in Avignon, France. This was primarily over a dispute with the Holy Roman Empire. In 1378, Pope Gregory XI (pictured above) returned the seat of the Pope to Rome.

4. Arabic numerals (the ones used in English) were not invented by the Arabs at all – they were actually invented by Indian mathematicians. They were modified and transferred to North African Arab mathematicians and transmitted to Europe in the Middle Ages. 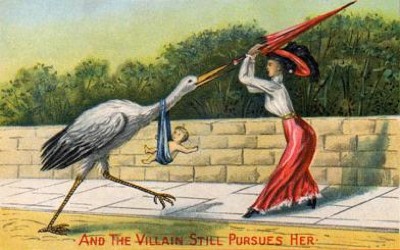 6. In 1938, Time Magazine declared Adolf Hitler “Man of the Year”. In the same year he took full and absolute command over the German military, stated that he intended to crush Czechoslovakia, took greater control over Austria by threatening to invade, and expelled 12,000 Jews from Germany.

7. In 1685, playing cards were used as currency in New France (the French territories of North America) because of a coin shortage.

9. The first contraceptives were used in Ancient Egypt. Egyptian women would use vaginal suppositories made of acidic substances and lubricated with honey or oil. (An early form of English contraception is pictured above.)

10. The shortest war on record was fought between Zanzibar and England in 1896. Zanzibar surrendered after 45 minutes. 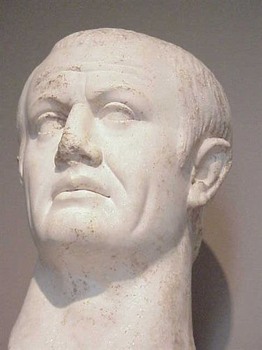 11. The very first bomb dropped by the Allies on Berlin during World War II killed the only elephant in the Berlin Zoo.

13. John Aubrey, the diarist, tells a story about the Earl of Oxford. When the Earl made a low obeisance to the Queen, he happened to let go a fart, at which he was so ashamed that he left the country for 7 years. At his return the Queen welcomed him and said, “My lord, I had forgot the fart”! [Source]

14. Despite the terrible nature of and damage caused by the 1666 Great Fire of London, only 8 people were killed. This is despite the fire destroying at least 13,500 houses.

15. In 74 AD, Emperor Vespasian (pictured above) had run out of money due to a civil war. In order to raise funds, he created the world’s first public pay toilets. When his son Titus criticized him for it, Vespasian pointed out that money (even earnt through urine) did not smell. This gave rise to the common saying “Pecunia non olet” – “money does not smell”. 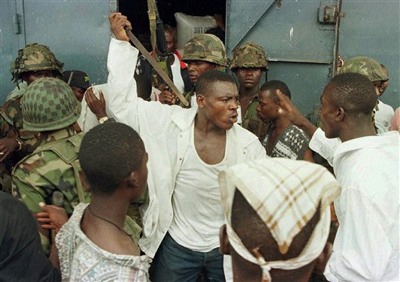 17. In the First Liberian War in the 1990s, General Joshua Milton Blahyi (also known as General Butt Naked) would lead his troops naked except for shoes and a gun – he did this at the suggestion of the devil, who Blahyi claims telephoned him at age 11. He believed it would protect him from the bullets (and apparently it did – as he is still alive, though he is now a religious preacher). General Butt Naked is pictured above.

19. Contrary to popular belief and legend, Daniel Boone not only did not wear a coonskin cap, he detested them. Instead, Boone wore a felt cap.

20. In 1838, General Antonio López de Santa Anna (President of Mexico) had his leg amputated after his ankle was destroyed by canon-fire. He ordered a full military burial for it.