When it comes to libido-boosting foods, you can always expect to find dark chocolate, wine, and oysters topping the list of aphrodisiacs. But if you’re only nibbling your Hershey Bar, you’re just getting warmed up. There is a heady menu ahead filled with passionate edibles that lovers world-wide swear will rev up your romance and enhance your sex life. If you want to save your strawberries for the morning’s corn flakes, you can still give your night some wild flavor with these weird and wonderful aphrodisiacs. Some of the items on this list have featured elsewhere on the site, but this is the first time they are presented together with the new items in a list about lurve! 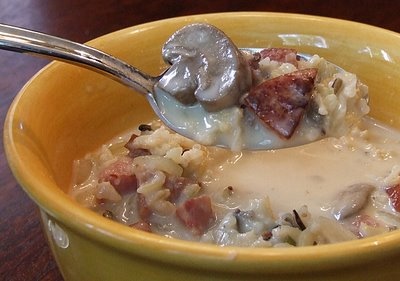 Strong like a bull is a phrase that attracts some lovers to this four-legged mammal with a notorious temper. In areas of Southeast Asia, a soup (known as soup # 5) composed of onions, carrots, broth and bull’s penis and testicles is a popular dish noted for its aphrodisiac properties. The parts in question are given a good scrubbing and scalded in boiling water for good measure before winding up in an aromatic soup loaded with vegetables. Unlike some truly wild aphrodisiacs that are potentially harmful, bull’s soup is pretty tame by any stretch of the imagination. And while ostrich testicles are said to be tasty, they fall short in the bedroom when compared to the hardy bull variety. 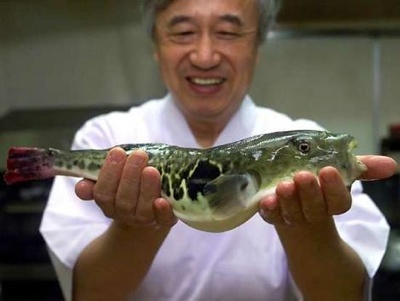 The sea offers a bounty of strangely arousing aphrodisiacs. One of the weirdest is also one of the deadliest sea creatures known as the blowfish or fugu as it is heralded by Japanese chefs who must be specially licensed to prepare and serve this potentially-deadly delicacy. Studies show that the toxin in these creatures is far more lethal than cyanide. Eating this specially prepared dish causes the mouth to feel numb. As the numb feeling wears off, people remark on a lingering tingling on their lips and inside their cheeks. This tingling is said to greatly promote sexual arousal. 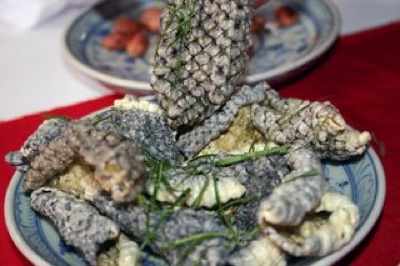 Clearly, many of the world’s weirdest aphrodisiac dishes come from dangerous animals. Shark fin soup is a notorious aphrodisiac whose popularity is causing shark numbers to drop alarmingly in some waters—particularly in Asia. While hunting shark is no walk in the park, catching cobras for their sweet meat is no sport for shrinking violets either. Snakes have sexual connotations that go back centuries, but eating cobras to enhance sex is a thoroughly contemporary practice in many parts of Asia. In some concoctions cobra blood is mixed with a beverage containing alcohol. Cobra meat is also eaten for its aphrodisiac qualities. Of course, before eating this preparation, it would be wise to know the cook’s credentials first. 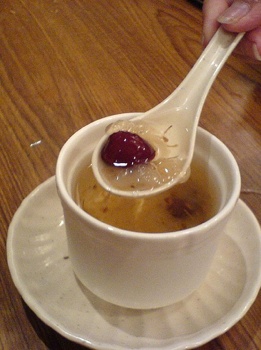 Bird’s nest soup is an Asian delicacy that lovers must pay top dollar to procure. Bird’s nest soup is, indeed, the edible nests made from the saliva of cave-dwelling swifts. The nests are formed along cave walls and are extremely difficult to obtain even by experienced cave wall climbers. Nevertheless, they have been served to royalty and the like for centuries and renowned for their ability to stimulate the libido. The soup is one of the most expensive animal-based dishes in the world; save it for a special anniversary occasion! [JFrater: I had a bowl of this soup in Hong Kong. As for its aphrodisiacal properties: citation needed!] 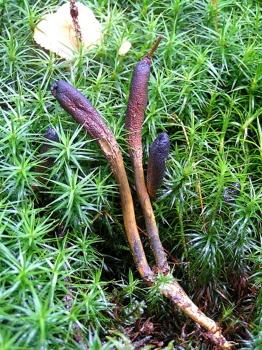 Cordyceps, historically known as caterpillar fungus or dong chong xia cao in China, has been revered in the east as an aphrodisiac extraordinaire. This most extraordinary fungus is a parasite of sorts; it invades the brains of caterpillar larva and grows there eventually replacing native tissue with its own. One can wonder how its aphrodisiac properties were discovered, but this mushroom has been a popular libido-booster for centuries. Today it is actually cultivated so that it can be purchased quite inexpensively unlike many other weird culinary aphrodisiacs. A plate of cordyceps and a glass of champagne could be the making of the Valentine’s night of your life! 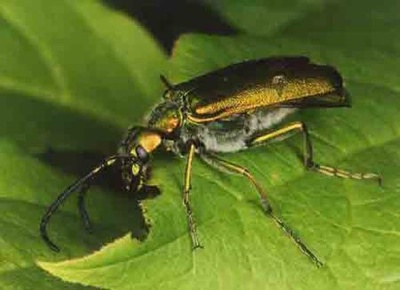 Some people will do anything for love—even ingest a potentially lethal substance that makes the privates swell up, itch, and secrete a bloody discharge. Ingesting Spanish fly is a famously historic way to stimulate the libido. The Spanish fly, actually a beetle, would be crushed and eaten for a substance it produces called cantharidin. Humans dispel this substance through urine which is how it comes to irritate the genitals. Of course, Spanish fly enthusiasts are lucky if all they get is an itch. A moderate dose can lead to death by causing fever, convulsions, and seizures. Many love shops try to sell Spanish fly potions, but these are, fortunately, mostly imitations that offer a placebo effect. The use of Spanish fly as an aphrodisiac goes all the way back to the ancient Roman world. 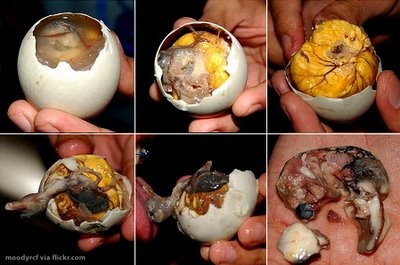 Balut is another popular Asian dish served with love in mind. Balut is a duck egg that contains a fetus. The egg is boiled and served. This dish is said to have Viagra-like properties so it is of particular interest to men. Once the fetus or embryo is consumed, the stimulation is thought to begin. Often served nestled within its broken outer shell, this dish is a weird aphrodisiac that is a real bargain compared with bird’s nest soup. And because ducks are not on the Endangered Species List, this dish is quite legal to order unlike the following. 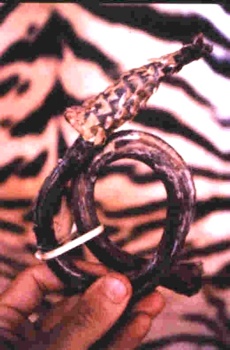 Rhino horn and tiger’s penis are definitely outlawed, but that does not stop poachers and a thriving black market from continuing to offer them. For centuries people have eaten parts of these wild animals to stimulate or enhance their sexual ability. Men suffering from impotence are the usual market of these aphrodisiacs in some parts of the world. Although weird and illegal, these elements have been revered sexual stimulants for centuries as well. 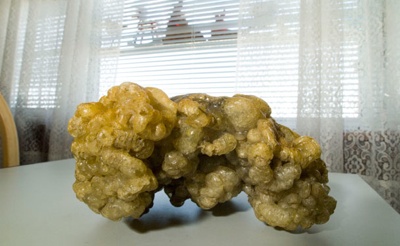 Ambergris should be a familiar term to all you English students who read Moby Dick in high school. The sweet expensive stuff was the sperm whale’s elixir that went into perfumes during the whaling centuries. This heady stuff was prized during the eighteenth and nineteenth centuries when whale oil powered the world. Melville didn’t mention its aphrodisiac properties, but some Arabian texts recommend its use in the bedroom. Today, many believe that ambergris can boost sexual excitement and vigor. Ambergris is rare and not easy to procure; it is another of the sea’s sexually charming elements that doubles as a weird aphrodisiac. 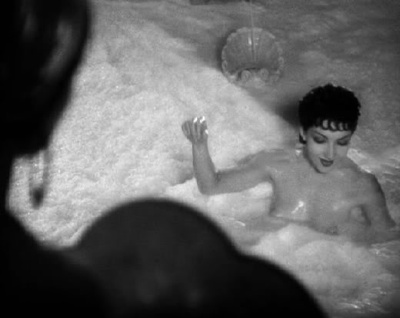 Other weird aphrodisiacs are merely topical in nature. For example, asses’ milk was a renowned aphrodisiac for ancient Arabs and Romans. Women who rubbed the milk on their genitals felt stimulated by its effects and men were thought to increase their virility by likewise using it topically. Legend has it that the wife of Nero bathed in the milk for its sexually stimulating effects. Pictured above is Claudette Colbert bathing in asses’ milk in the Cecil B. DeMille film “Sign of the Cross”. 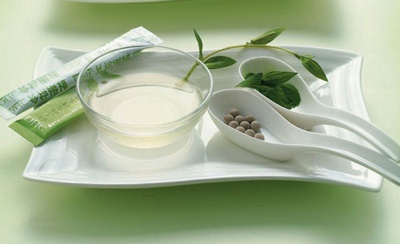 Aphrodisiacs have been notoriously ignored by western medicine. But folk medicine around the world recommends weird and not-so weird edibles that are believed to boost libido, cure infertility, or strengthen endurance. While weird is a relative term, the unusual items featured in this list are quite popular in some parts of the world and date back centuries. The illegal items are not recommended for use, but simply featured here for information sake. With the plethora of legal aphrodisiacs out there, it is far more ethical to try one of those! Otherwise, be sure to order the fugu next time you visit Japan!