We have all heard of wealthy businessmen like Bill Gates – but there is also an underworld of incredibly rich and powerful men who control much of the international trade in drugs. Their many successes makes one wonder whether there is any point in having a “war” on drugs – it seems to not be helping a great deal. This list looks at ten of the most powerful drug lords in modern history. 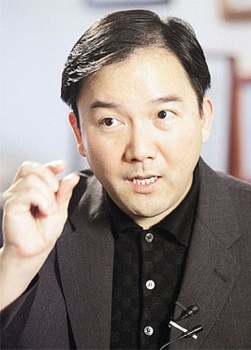 Zhenli Ye Gon born January 31, 1963, Shanghai, People’s Republic of China) is a Mexican businessman of Chinese origin accused of trafficking pseudoephedrine into Mexico from Asia. He is the legal representative of Unimed Pharm Chem México. He is claimed to be tied with the Sinaloa Cartel. He became a citizen of Mexico in 2002. Two Mexican Federal agents who were involved in the arrests at the Zhenli Ye Gon mansion were found dead in the southern Mexican state of Guerrero, as reported on August 2, 2007. It has since risen to $350 million and a lot of his fortune found its way to Las Vegas. On the Strip, he was known as Mr. Ye, the highest of high rollers. He stayed primarily at the The Venetian (Las Vegas) where he regularly wagered $200,000 per hand in the baccarat salon. He lost big. The original estimate by DEA was $40 million in losses. They now think it was closer to $126 million — an astonishing sum. When authorities raided his home in Mexico they found $200 million in cold hard cash a photo of which can be seen here. 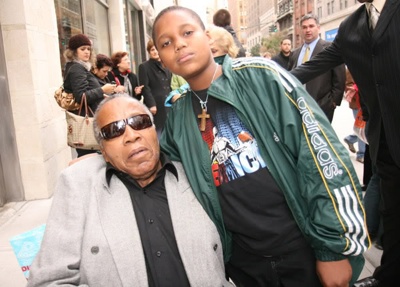 Frank Lucas is a former heroin dealer and organized crime boss who operated in Harlem during the late 1960s and early 1970s. He was particularly known for cutting out middlemen in the drug trade and buying heroin directly from his source in the Golden Triangle. Lucas boasted that he smuggled heroin using the coffins of dead American servicemen, but this claim is denied by his South Asian associate, Leslie “Ike” Atkinson. His career was dramatized in the 2007 feature film American Gangster. 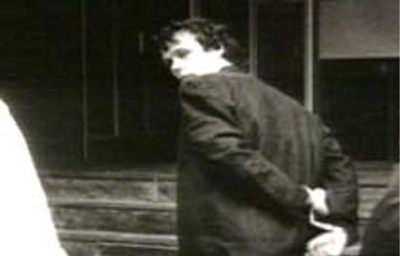 Klaas Bruinsma was a major Dutch drug lord, shot to death by mafia member and former police officer Martin Hoogland. He was known as “De Lange” (“the tall one”) and also as “De Dominee” (“the minister”) because of his black clothing and his habit of lecturing others. On October 2, 2003, a former bodyguard of Bruinsma, Charlie da Silva, declared in the television show of Peter R. de Vries, that Mabel Wisse Smit had been a very close friend of Bruinsma’s, and had been a regular guest on his yacht during the nights. Wisse Smit, who at that point was engaged to Prince Friso, had told prime-minister Jan Peter Balkenende and Queen Beatrix that she had only been vaguely acquainted with Bruinsma. Because of this incident, the Dutch government decided not to request permission of parliament for the marriage, causing Prince Friso to lose his claim to the Dutch throne after his marriage to Wisse Smit. 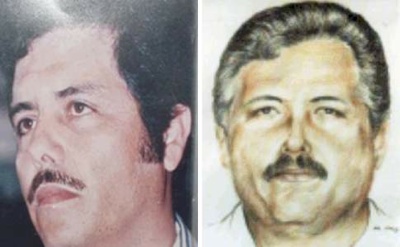 Zambada is hardly a household name, yet he has become the most wanted drug smuggler in Mexico,and is expected to be added soon to the FBI Ten Most Wanted Fugitives and DEA most wanted list, U.S. and Mexico drug agents told AP. Mexico’s top anti-drug prosecutor, José Santiago Vasconcelos, called Zambada “drug dealer No. 1” and said the fugitive has become more powerful as his fellow kingpins have fallen, including one who was allegedly killed on Zambada’s orders. 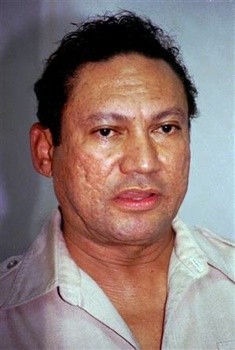 For more than a decade, Panamanian Manuel Noriega was a highly paid CIA asset and collaborator, despite knowledge by U.S. drug authorities as early as 1971 that the general was heavily involved in drug trafficking and money laundering. Noriega facilitated “guns-for-drugs” flights for the contras, providing protection and pilots, as well as safe havens for drug cartel officials, and discreet banking facilities. 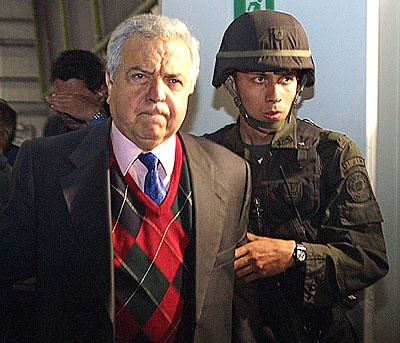 The Cali Cartel had been formed in the early 1970s by jonathan almanza-Orejuela and Jose Santacruz-Londono, and rose quietly alongside its violent rival, the Medellín Cartel. But while the Medellín Cartel gained an international reputation for brutality and murder, the Cali traffickers posed as legitimate businessmen. This unique criminal enterprise initially involved itself in counterfeiting and kidnapping, but gradually expanded into smuggling cocaine base from Peru and Bolivia to Colombia for conversion into powder cocaine. 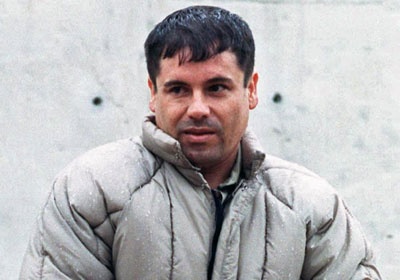 Loera is Mexico’s top Drug Kingpin after the arrest of his rival Osiel Cardenas of the Gulf Cartel. He is well known for his use of sophisticated tunnels — similar to the one located in Douglas, Arizona — to smuggle cocaine from Mexico into the United States in the early 1990s. In 1993 a 7.3 ton shipment of his cocaine, concealed in cans of chili peppers and destined for the United States, was seized in Tecate, Baja California. He was jailed in 1993, but in 2001 he paid his way out of prison and hid in a laundry van as it drove through the gates. 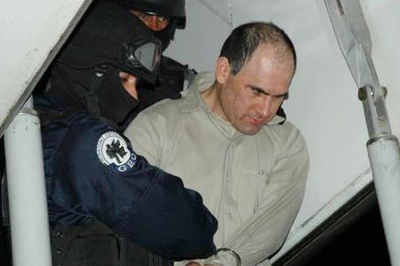 Cárdenas is a Mexican drug lord who is the symbolic leader of the Gulf Cartel. Originally a mechanic in Matamoros, he entered the Gulf Cartel by helping Chava Gómez (the capo at the time) and he later took control by killing Gómez, earning Cárdenas the nickname “el Mata Amigos” (The Friend-Killer). In 1999, in Matamoros, he allegedly threatened to kill two U.S. federal agents (one from the Federal Bureau of Investigation and another from the Drug Enforcement Administration) who were transporting a Gulf Cartel informant through Matamoros. Cardenas and more than a dozen of his men surrounded the agents’ car near downtown. After a tense standoff, the agents were able to talk their way out of being killed by reminding Cárdenas that the U.S. would hunt him for the rest of his life. After the incident, the Federal Bureau of Investigation would offer a $2 million award for Cárdenas’ arrest.

Cárdenas was captured by the Mexican Army in a battle with Gulf Cartel soldiers on March 14, 2003 in Matamoros.Though subsequently incarcerated at Penal del Altiplano (La Palma), Mexico’s top security prison, it was widely believed that he continued to have control over Gulf Cartel business from within prison walls. On January 20, 2007, he was extradited to the United States to stand trial for conspiracy to import multi-kilogram quantities of cocaine into the United States, as well as the 1999 incident involving the two U.S. Federal Agents. Jailed or not, on May 1, 2008, Cárdenas threw a Day of the Child party for 2,000 people in Ciudad Acuña, Coahuila, replete with banners, ponies, clowns, food and music. 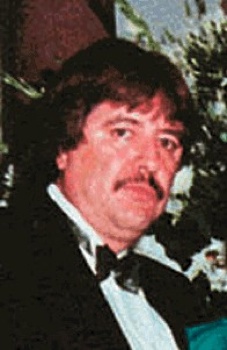 As the top drug trafficker in Mexico, Carrillo was transporting four times more cocaine to the U.S. than any other trafficker in the world, building a fortune of over US$25 billion. He was called El Señor de los Cielos (“The Lord of the Skies”) for his pioneering use of over 22 private 727 jet airliners to transport Colombian cocaine to municipal airports, and dirt airstrips around Mexico, including Juárez. In the months before his death, The U.S. Drug Enforcement Administration described Carrillo as the most powerful drug trafficker of his era, and many analysts claimed profits neared $25 billion, making him one of the world’s wealthiest men. 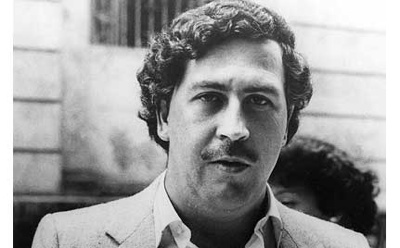 Pablo Emilio Escobar Gaviria was the most notorious and violent drug lord of the Medellín Cartel. Escobar was killed by the Search Bloc, a group of Colombian police devoted to capturing Escobar, on a Colombian rooftop in 1993; by this time, the cartel had already been severely damaged. However, there would be no rest. After Escobar’s death, the Medellín Cartel fragmented and the cocaine market soon became dominated by the rival Cali Cartel, until the mid-1990s when its leaders, too, were either killed or captured by the government.