This is a list of things which everyone can do while driving to have a dramatic impact on traffic. Mostly they’re the same things people are taught in driver’s ed class. They can have a very real and demonstrable impact on traffic conditions, particularly on the massive expressways, parkways, and turnpikes of large cities. 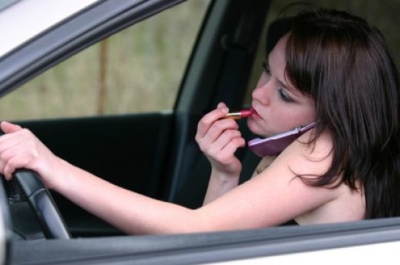 You know you’re the best driver on the road; just like me and everyone else. In a way driving defensively means you assume everyone else is a little slower to react, a little more distracted (like the young lady above), perhaps even a little stupider. Since you can’t control how smart or quick someone else is, all you can do is be as responsible as you can for your own piece of road. It’s more of a philosophy than a single skill. The goal is to keep the flow of traffic smooth by not giving the other drivers anything to react to, and giving yourself ample time to react to anything else.

9
Use your cruise control 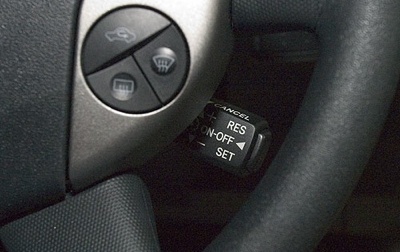 Cruise control is one of those things that works best when everyone uses it. If the person in front of you is having a hard time maintaining a steady speed then it’s going to be impossible for you to keep a reasonable distance and a constant speed if you can’t go around him. Same for the guy behind you and the guy behind him.
Because you’re not having to use your foot to maintain speed you’re better prepared to react by braking should the need arise. Just don’t let not having to work as hard cause your mind to wander.

8
Be reasonable about merging 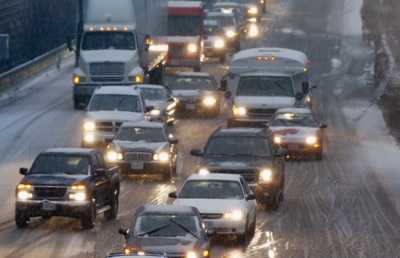 There’s no way to really prevent some measure of congestion when the same number of cars try to fit onto less road, but drivers can minimize congestion by moving over into the through lane early then leaving enough space ahead of them for other drivers to merge as well.
This is one instance where the way you’re driving can have an effect on traffic far ahead of you. 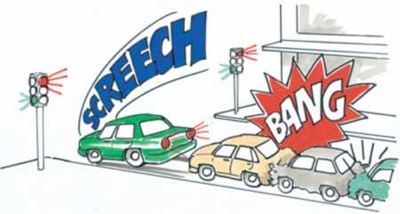 A reasonable distance between you and car ahead depends a lot on how fast you’re going. Some drivers are taught to keep a car length for every 10 miles per hour. More common these days is the ‘two second rule’ which states you should keep two seconds between you and the car in front of you. Pick a spot on the road, a signpost or other marker. Two seconds should elapse between the time the leading car passes the mark and the time you do. As your speed increases so does the distance which can be covered in two seconds. At 60 MPH (96.5 KPH) this is 176 feet (53.6 m).

6
The other two second rule 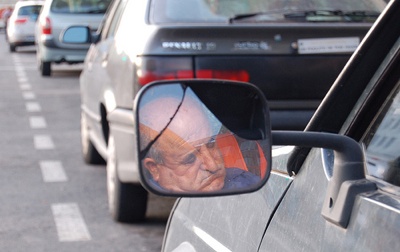 Reaction time isn’t worth a damn if you aren’t capable of reacting. Aside from intoxication or distraction, a major driving impairment is fatigue or boredom. Even if you aren’t sleepy or tired your mind can still drift away from the act of driving. Try not to look at any one thing for more than two seconds. Alternate between focusing on the road ahead and other things important to driving such as the speedometer, the gauges or the rear view mirrors. When you look away from the road don’t look at anything for any longer than it takes to actually get the information before looking back up the road… two seconds at the most.

5
Look as far ahead as you can 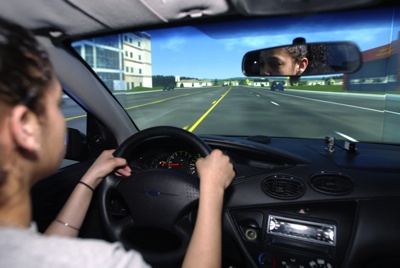 If all you focus on is the car in front of you then you will only have however long it takes to drive the distance between you if something happens. By paying attention to what’s going on as far down the road as you can see you give yourself a better chance of seeing and reacting to whatever the car in front of you will be having to react to. Try to predict what the cars in front you will have to do… will the guy in the tricked out Nissan slow down or will he pass the old lady in LTD on the shoulder? Plan ahead what you would do if something goes wrong based on what you see down the road. 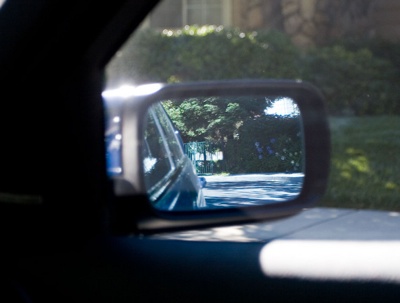 Remember we’re trying to keep the flow moving slowly. If you do have to change lanes you want to do it without causing other drivers to have to react quickly to your lane change. If you’ve ever wondered what those mirrors on the sides of your car are for, they’re for looking to see if there’s anything in the way. Mirrors are great, but I’ve never seen a car that didn’t have massive blind spots on both sides behind the driver that the mirror can’t see. Giving a quick glance over the shoulder will let you know if you can change lanes without running someone else off the road.

3
Stay to the right, pass to the left

If you’re the type of driver that does the posted speed limit, no matter what the ‘real’ speed limit is then the thing you can do stay in the right lane. And by ‘right’ lane I mean correct. In America it’s to the right, and this time by ‘right’ I mean ‘not the left’. By doing this you minimize the disruption to the flow caused by faster cars having to merge into other lanes to go around you. This helps keep the over-all flow of traffic smooth.

If some asshat comes up behind you flashing his lights and following so close that you can see the clenched white knuckles on the steering wheel just merge to the right if you can and let him go. He’s a disruption to the flow of traffic as well as a jerk. He likely will leave waves of congestion in his wake, but the further he is from you, the less dramatic his effect will be. 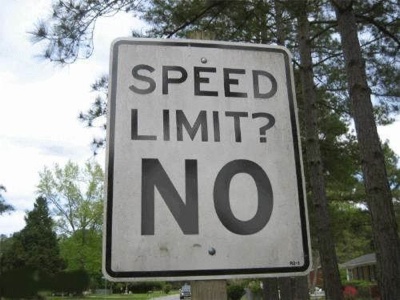 To paraphrase the late great George Carlin, “ever notice how everyone driving faster than you is a maniac and everyone driving slower is an idiot?” The real speed limit is defined by the car in front of you. The best way to keep traffic flowing is to flow with it. If everyone on the road is doing a nice smooth 70 mph the one guy doing 55 is going to disrupt that flow in at least two lanes; the lane he’s in and the lane(s) the drivers behind him have to merge into to go around him.

By the same token the Cannonball Run wannabe doing 20 mph faster than everyone else will have to weave in and out of traffic to maintain that speed. Not only is he not likely to make up much time but he’s going to cause drivers all around him to react as he changes lanes. I realize that I am endorsing going faster than the posted speed limit just because everyone else is driving that fast, but it really can contribute to safety. 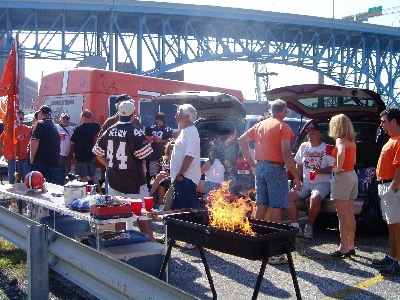 It’s been proven that tailgating is the main cause of the ‘phantom’ traffic jam. You know the kind where all five lanes of road choke to a crawl for miles, and then about the time you expect to be passing a bloody 18 car pile-up all the cars ahead of you just evaporate without cause. Chances are really good it was caused by tailgating ahead of you. The concept is so simple it can be demonstrated with as few as three cars, all following close to each other. If the car in front taps on its brakes just for an instant, the second car has to brake harder to avoid a collision. The third car has to over-brake even more, practically coming to a stop. A few seconds later the tailing cars return to their previous speed like nothing happened. Now imagine that same scene multiplied 10,000 times.

Phantom traffic jams travel against the flow of traffic in massive waves which can be observed from the air, or if the road conditions are right they can be seen moving toward you. Distance equals reaction time. If everyone kept enough distance to give them enough reaction time the cars in the back wouldn’t have to jam the brake pedal to the floor. Space between the cars breaks up the wave, essentially robbing it of its energy.