Movie’s have long given us some amazing battle and fight scenes. This list is reserved for one on one battles only. Good Vs. evil, protégé Vs. master, even father vs. son, this list is dedicated to those memorable and significant fight scenes that we won’t forget. My only regret is that I am definitely forgetting some top contenders. The ones I’ve chosen are picked based on the intensity, history and significance and are among my personal favorites. Happy reading. 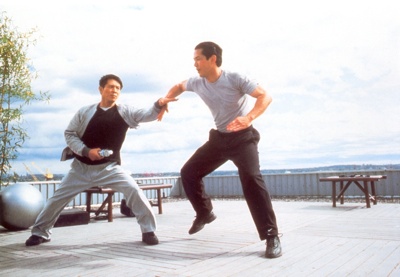 In one of the movie’s final scenes, Han realizes who is true nemesis is and battles his long time friend to the death. The fight is extra memorable as the two have a mock battle earlier in movie which more or less ends in a draw. Han finally finishes off his brother’s murderer with a well placed kick to the head while the entire outdoor arena goes up in flames. 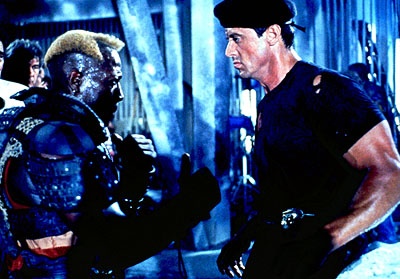 “Is it cold in here, or is it just me?” In a futuristic version of the classic cop Vs. bad guy, we watch the demolition man finally best his long time foe by freezing him and kicking his head clean off. The sheer intensity of the fight results in the total destruction of everything and the movies hero narrowly escaping alive. Fists, laser guns and even a giant metal claw get involved in this great sci fi fight to the death.

8
Inigo Montoya Vs. The Man In Black
The Princess Bride 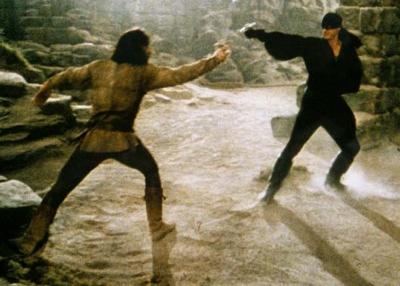 In one of the, if not the best swordplay battle of the 80’s we watch the films supposed villain, the Man in Black take on the honorable mercenary, Inigo Montoya. In a true sign of respect to his foe, Inigo assists the Man in Black in reaching the top of the cliff and then even giving him time to rest before the battle begins. We watch the two of them try to get the best of the other until my personal favorite scene in the movie – the Man In Black revealing the he as well is not left handed.

7
Robin Hood Vs. The Sheriff of Nottingham
Robin Hood Prince of Thieves 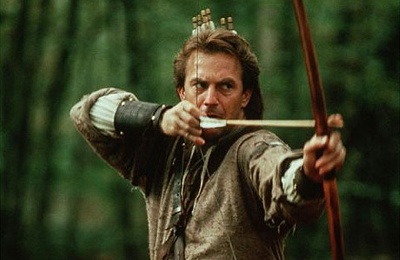 The battle between Robin Hood and the Sheriff of Nottingham has long been a well known tale. In the early 90’s we watch Robin Hood storm the castle of Nottingham looking to free the people from tyranny and avenge his father’s death. A true battle between good and evil, the fight ends with Hood narrowly winning the battle with knife the chest. This also benefits Marion who was otherwise looking at what would have been a nasty marriage. 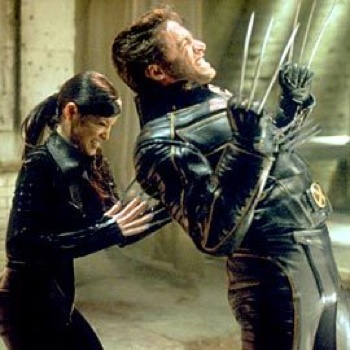 As Wolverine closes in on Styker, hoping for a chance to learn the truth about his past, he happens upon the brainswashed mutant, Deathstrike. With similar healing powers to his own, and similar adamantium claws the two of the engage in a climatic battle ending when Wolverine pumps his adversary head to two with liquid adamantium. Clunk.

5
William Wallace Vs. The Magistrate
Braveheart 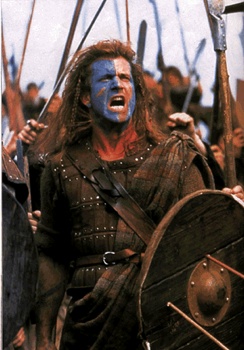 The only battle on the list that was not fought by physical means. William Wallace from one of the best epic movies in history fights an agonizing battle of wits against the magistrate it charge of his execution. The magistrate has Wallace strapped to a table and tortured by being disembowelled, wanting only for Wallace to finally cave and accept Edward the Longshanks as his one and only king. As Wallace feels his insides being ripped out and the crowd cheering for more and more blood, he refuses to accept the king and a merciful death. It comes to a head when the crowd finally begins to realize they don’t like watching someone being gutted and begins to cheer for mercy. The magistrate finally admits defeat after Wallace summons all his strength to shout only “freedom” and orders him killed by decapitation.

4
Ripley Vs. The Alien Queen
Aliens 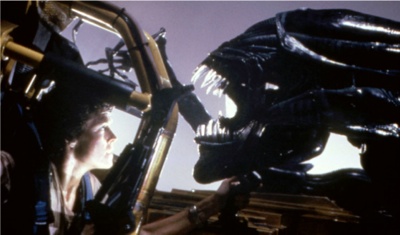 Possibly one of my favorite lines in all of movie history is spit out of Ripley’s lips moments before she decides to do battle with the source of the her biggest nightmare, The Alien queen. After realizing the enormous creature has stowed away on their ship, Ripley is able to escape the cargo bay before realizing she has abandoned her comrades in the room with the queen. Ripley climbs into an exosuit cargo-loader and using the protective armor and giant vice grip claws, she finally beats the beast by expelling it into space. Unfortunately this happens after the queen manages to tear Ripley’s droid buddy right in half in milky explosion of goo. 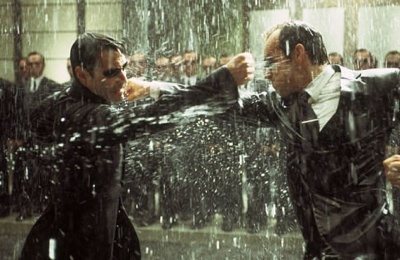 There may never be a better and more dramatic build up to a fight in a movie than the one viewers get the pleasure of watching in Matrix Revolutions. Having been aided by his former foe, Neo plugs into the Matrix to take on – for the last time – Agent Smith. As they walked toward each other in the pouring rain, Neo probably realized what was riding on the battle. The fate of all mankind. Kind of a big deal you could say. This fight scene will long be remembered for the sheer amount of destruction it caused, pretty much the equivalent of two Gods fighting each other. 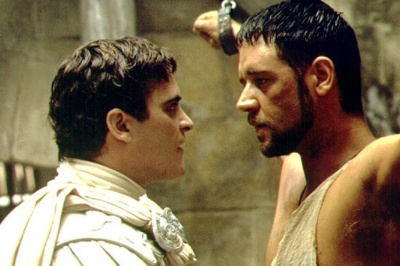 This battle made its way to the top of the list for many reasons. Most notably because the viewers wanted it and needed it to happen. As the movie unfolds we watch the sinister and sadistic Commodus destroy the life of Maximus and plunge Rome into a place of fear and unrest. The only pure thing left is the spirit of competition and the legendary coliseum in which Roman gladiators battle to the death. Commodus, wanting to put an end to the legendary “Spaniard” and give the crowd “the end to the story” challenges his nemesis and even punctures his lung before the battle in an effort to guarantee himself victory. Although both participants die at the end of the fight, Maximus secures his revenge by staring his enemy in the eye as he drives a knife in his throat.

1
Darth Vader Vs. Luke Skywalker
Return of the Jedi 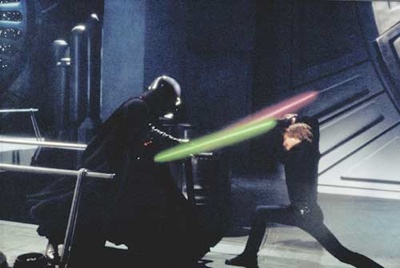 What can you say? The ultimate version of good vs. evil. The troubled, brilliantly talented Jedi, Anakin Skywalker plunges into the dark side joining forces with one of the greatest deceivers in movie history. As the powerful Anakin becomes Darth Vader, he murders his own Jedi brethren among others until he is finally defeated by the one who trained him and believed in him his whole life, Obi Wan Kenobi. Left for dead by his own master, Vader survives the fight but is transformed into a half machine half man Sith lord who pretty much oozes rage and hatred. Years later, Darth Vader exacts his revenge by slaying Obi Wan but not before Obi Wan is able to direct Darth Vader’s own son Luke Skywalker toward the way of the Jedi and of the force. As the series unfolds, Darth Vader is finally defeated in battle by his own son. Vader goes on to make one of the greatest redemptions ever by saving his sons life, thus ending his own and that of the Emperor, the one who started the whole chain of events by luring Anakin to the dark side.