When we think of dangerous creatures, the ones that most often pop to mind are tigers, lions, bears, etc. We almost never think of non-carnivorous animals as killers. This list should hopefully dispel that notion. Here we look at ten creatures that are often considered harmless or gentle but which are actually insanely dangerous. 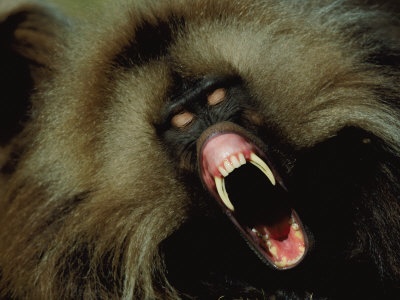 Gelada baboons are truly impressive monkeys, with those huge manes and severe flat faces. They are unique to the mountains of Ethiopia where they feed mostly on grass. Usually peaceful, but they are armed with some of nature’s most terrifying set of teeth. Although they seldom, if ever, attack humans in the wild, zoo specimens have been known to be extremely savage and aggressive. 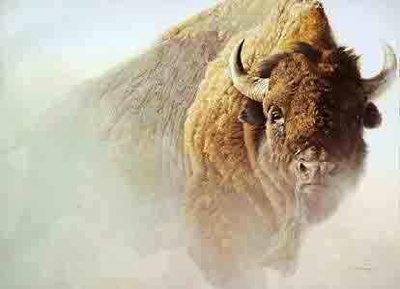 Weighing up to one ton, the American bison is one of two truly gigantic herbivores left in North America (the other being the moose) after the Ice Age extinction. They were hunted to almost extinction by modern humans but thanks to legal protection they still exist in national parks. What most people don’t know is that bison have killed more tourists than bears and wolves! They will usually not attack unless you enter their “personal space”. Adults with calves to protect are particularly dangerous. 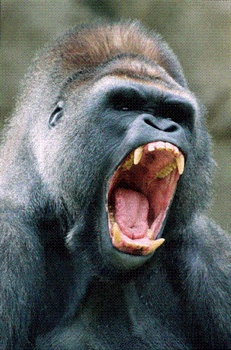 After chimpanzees, gorillas are our closest relatives, but there’s a big difference between them and us. A silverback gorilla (that is, an adult male, and usually the leader of the gorilla group,) can weigh up to 200 Kilograms, sometimes even more, and has the strength of at least 10 adult men. They are usually peaceful vegetarians, but the adult male won’t hesitate to attack any intruders that may pose a threat to his family. Armed with enormous, club-like arms and very long, sharp canines, and able to run over twice as fast as a human, an angry gorilla can be as scary as any large predator. 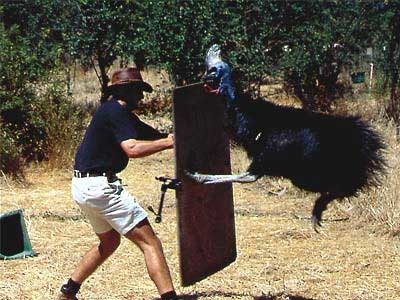 Cassowaries are among the largest birds in the world; they live in the rainforests of Australia and New Guinea, and they are amazing in many ways. For example, the crest on their heads is hollow and the bird uses it to produce a very low-frequency call to communicate with other cassowaries over long distances. The cassowary makes it into this list because it is the deadliest bird in the world; it feeds mostly on fruit, but if harassed, will leap into the air, kung-fu style, and kick at its enemy with its inner toe claw, which is long, straight and shaped like a dagger. It can easily disembowel a man with it, and has been known to attack not only humans, but wild dogs and even horses and cows! Males with chicks are particularly dangerous. 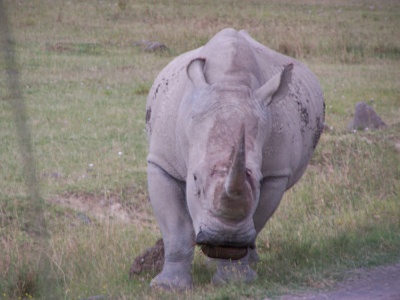 There are five species of rhinos in Africa and Asia and they are all huge, tough, short-tempered and potentially deadly. Their horns are made of hair, but they are still extremely dangerous weapons that can gore any enemy to death. The Indian rhino also has sharp teeth and has been known to bite as well. And of course, they can easily trample you under their weight (up to three tons). Basically, a living, thinking tank that can charge at incredible speed. 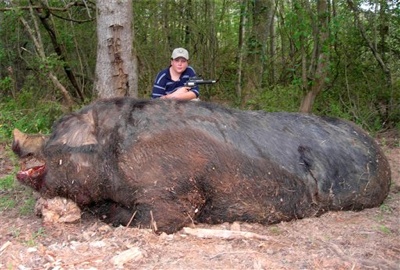 Wild boars are not completely vegetarian; they have been known to eat small animals such as bugs, lizards and frogs on occasion, and won’t reject carrion either. However, just as all other pig species, they base their diet on plants. Males can weigh up to 300 kilograms (though the rare one pictured above weighed over 1 ton) and have huge sharp tusks which can easily rip open the belly of a predator. Adult male wild boars have been known to fend off packs of wolves with no help! Females have smaller tusks but are still very dangerous, particularly when they have piglets to protect. 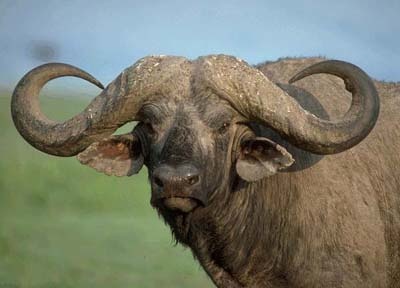 Cape buffaloes may look like giant cows, but they are actually the most feared land herbivores in Africa. Extremely short-tempered, these herbivores evolved in a land ruled by powerful predators such as the lion and spotted hyena, and thus, they had no option than to become very tough creatures themselves. Their huge, sharp horns and heavy hooves are deadly weapons, and they are among the few animals that will return to aid a fallen “friend”. If one buffalo is caught by lions or injured by a hunter, there is a good chance that the rest of the herd will charge the attacker to help their mate. The same is true of the Asian equivalents to the Cape buffalo (the gaur and water buffalo, which grow to be even larger). 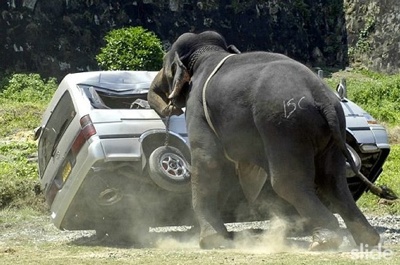 We are used to see elephants as peaceful, even friendly animals, but they are actually among the most dangerous of wild creatures. Elephants have killed more zookeepers than any other animal, and due to their formidable size and power, they are very difficult to stop. Elephants can attack for several reasons; protecting their babies, their space, or simply, when they are in a bad mood. Males also enter a periodic condition known as musth, during which their hormone levels increase so much, that they go on a rampage attacking any creature they see, including lions, rhinos, and humans. For this reason zoos and circuses often avoid keeping male elephants. 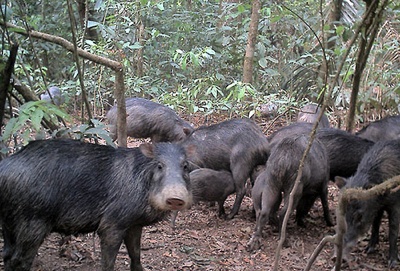 A southern relative to the collared peccary (better known in the US as “javelina”), the white lipped peccary ranges in the rainforests of Mexico, Central and South America. It has extremely sharp canines that sharpen against each other every time the animal closes its mouth (like a pair of scissors). They roam in extremely large herds, up to 500 or even 1000 individuals. Just like Cape buffalo, if one member of the group is attacked or shot, the whole herd will charge the attacker. The only thing to do when attacked by a herd of peccaries is to climb a tree as fast as possible, and in South America quite a few hunters have lost body parts or even been bitten to shreds when they couldn’t climb fast enough. Wild predators such as jaguars and cougars are smart enough to avoid the herds, attacking only young or weak peccaries who separate from the rest. 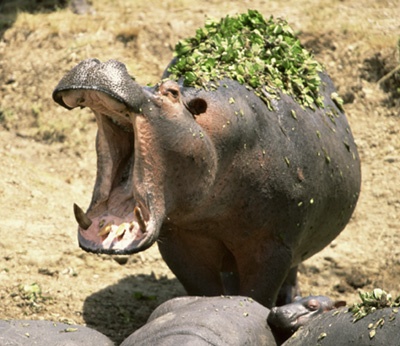 The hippopotamus is the most dangerous of all herbivores in Africa; it kills more people every year than lions, leopards and crocodiles.
Extremely territorial, the hippo, particularly the male, can weigh three tons or more, and has been known to attack both on water (even capsizing boats and kayaks) and on land, where it can run incredibly fast despite its fat appearance. It has the largest and mightiest jaws and longest canines of any mammal, and can bite an adult crocodile in half. Imagine, then, what it could do to you!