Nature, brimming with life in all of its vibrancy and wonders, can be pretty gross. It’s a fact that usually doesn’t make it into all those nature documentaries, but animals are alive—and being alive is pretty disgusting.

Animals have all the filthy habits we humans enjoy, but they work in a few more that we’d never even imagine. Some of your favorite animals are genetically built to do some absolutely retch-inducing things that we usually don’t talk about. Once you’ve read this article, you’ll never look at an animal the same way again. 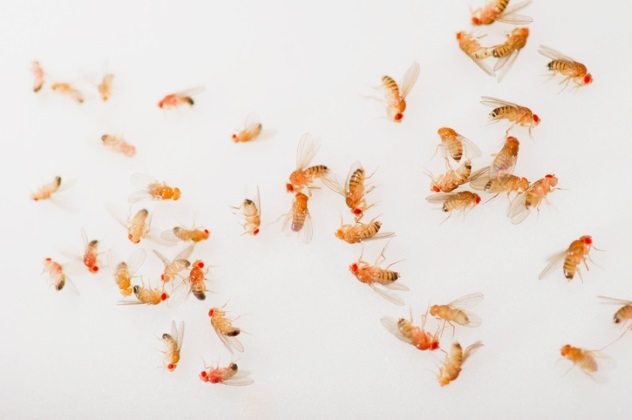 Those big, chaotic fruit fly swarms are basically swinger parties, and they’re crazy. The fruit flies pair off and start building up the mood with what animal experts describe as—and we apologize in advance for this mental image—“oral sexual foreplay.” Once they’ve built up a little romance, they get right into it. Two fruit flies, who only live for 40 days, will make love for an impressive 20 minutes.

9 Petting Birds Turns Them On 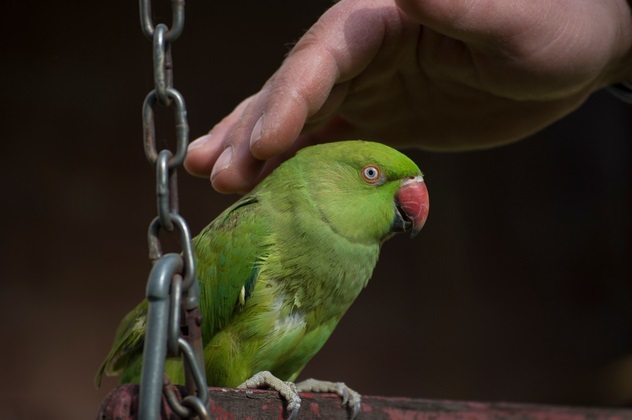 Have you ever petted a bird? Have you ever stroked your finger down its back and had it cuddle up to you? It might’ve seemed like a cute moment between an owner and a pet to you, but to your bird, that was a wildly different experience. That was foreplay.

Most birds treat a stroke from the head down to the back as the start of a mating ritual. They don’t take it as some cute scratches; they take it as a sign that you’re game for anything. They get sexually aroused, and they’ll often start heavily panting with excitement.[2]

If they’re really into it, they’ll let you know—by vomiting on you. If you really get a bird going, it’ll want to offer you regurgitated food, so it’ll throw up all over you and hope you get the signal. If you treat them right, they’re telling you, there’s more vomited-up food where that came from. 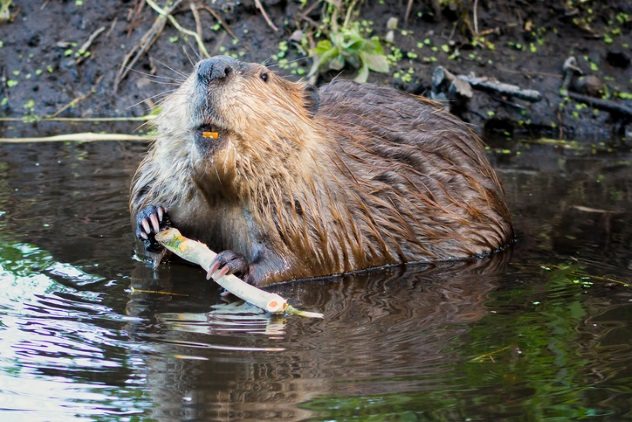 7 Some Frogs Will Make Homes Out Of Elephant Dung 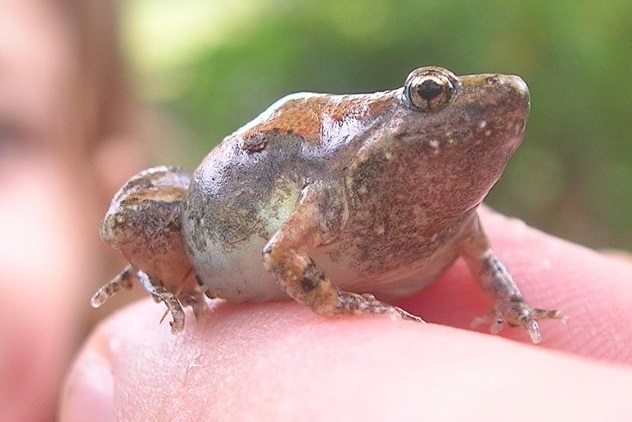 The ornate narrow-mouthed frog is a tiny animal, only 2.5 centimeters (1 in) long. It can be found in the forests and savannas of Southeast Asia, often making a home under a bed of fallen leaves—or if there aren’t any leaves handy, inside a giant, stinking mound of elephant dung.

Elephant dung, as it turns out, makes a great home so long as you can handle the smell. Not only does the frog get shelter from the Sun’s beating rays, but they also get a smorgasbord of foods. They can pick away at the insects crawling through it, and when there aren’t enough bugs to eat, they munch away at the leftover chunks of food the elephant didn’t fully digest.

These amphibians aren’t the only animals living in the dung. As respected biologist Ahimsa Campos-Arceiz wrote in his scientific report, “Shit Happens (to be Useful),” “A dung pile can become a small ecosystem on its own,” because so many animals are eager to move right into a pile of elephant poop and make it a home they can call their own.[4]

6 Proboscis Monkeys Taunt Each Other With Rage-Ons 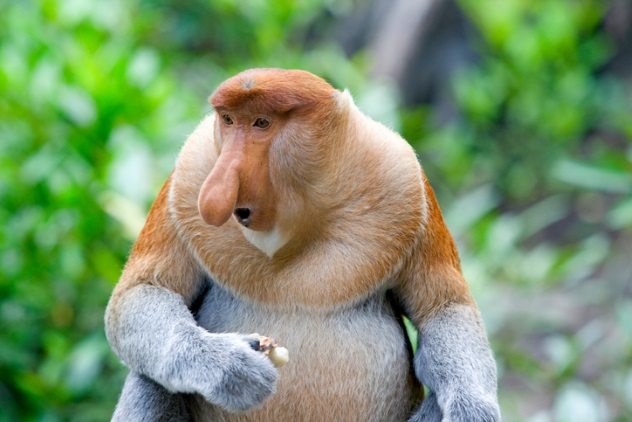 When male proboscis monkeys are mad at you, they let you know. They’ll jump up and down, shake branches, and bare their teeth—and they’ll sprout a boner of pure hatred.

Proboscis monkeys don’t get turned on by being mad; they’re permanently erect. Every moment of every day, proboscis monkeys are sporting a stiffy. When they get angry, though, they make sure you see it. They’ll spread their legs apart as wide as they can and thrust it at you.

This isn’t even one of those things that only happens some of the time. It’s the proboscis monkey’s go-to answer to every threat. When they think a fight is about to go down, they might hold off on snarling until things get really dangerous. But they’ll immediately engage in—to use the scientific term—“erect penis displays.”[5]

If a falcon was bred in captivity, there’s a good chance its life didn’t start with a mommy and daddy falcon who loved each other very much. Falcon breeders tend to take a slightly stranger approach to getting a new brood of babies in their home.

It starts with the falcon breeder “imprinting” a male falcon—or, to drop the euphemism, trying to get it sexually aroused. The breeder will do mating dances and make calls at the falcon to get him in the mood, and if all goes well, that falcon will fly onto the breeder’s head and get busy.

The breeders wear special hats that lets them catch the falcon’s semen, which they can then inject into a female falcon’s eggs. That sounds pretty clinical, but it’s every bit as weird. Before the breeder can inject the female’s eggs, he has to flirt with the female falcon, too. She won’t let him inject the eggs unless she is, as one guide puts it, sexually aroused enough to “present herself for copulation.”[6]

When it feels threatened, the greater short-horned lizard has a defense mechanism straight out of a horror story. It fights back by shooting blood out of its eye sockets—and the blood goes a good distance, too. These things can splatter their enemies with gore from 1.2 meters (4 ft) away.[7]

The reptiles have muscles that can cut off the blood flow in the veins around their eyes and redirect it so that the blood goes shooting out like a water gun. This sounds like a suicide move, but for reasons nobody fully understands, they can pretty much shoot blood out of their eyes all day without getting tired.

They squirt blood out for everything, too. This isn’t just something they do as an absolute last resort. If one of these lizards so much as gets a speck of dust in his eye, he’ll get it out by weeping blood.

3 Several Species Of Birds Keep Cool By Defecating On Themselves 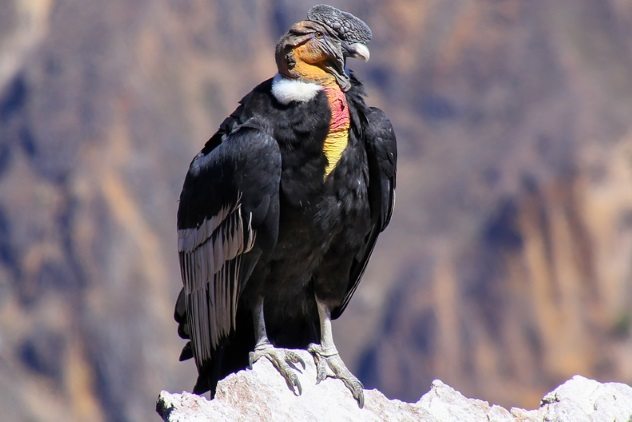 There’s a trick called urohidrosis (not “urohydrosis”) that some birds—including storks, condors, flamingos, and vultures—use to keep themselves cool. Here’s how it works, in case you want to try it at home: First, you defecate on your own feet. Then, you just kind of spend the rest of the day going around with poop on your feet and not doing anything about it.

It’s a strange way of dealing with a sunny day, but it’s so common that it’s believed to be more or less the bird equivalent to sweating.[8] Except that, instead of water, these birds sweat a mixture of feces and urine onto their own legs.

The white fecal powder left over helps protect them from the Sun—but it’s still a pretty terrible way to keep cool. If they don’t clean it off in time, the birds can end up getting bruises on their legs from having too much poop on them.

So, next time you feel gross because you’re all sweaty, just remember that it could be a whole lot worse. 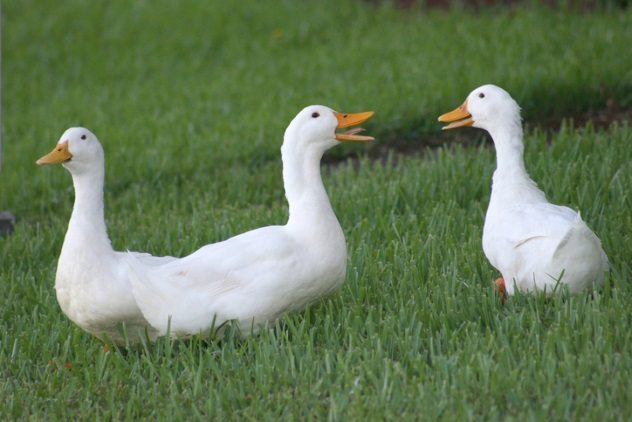 Ducks don’t like being bored. In nature, that’s not a big problem. Ducks aren’t addicted to iPads; if they’re bored, they’ll go out and find some interesting new part of a river to splash in. But when they’re in captivity, it gets a lot harder for a duck to find a constructive way to use all that energy, so they find their own ways to keep themselves entertained—by visiting their friends, murdering them, and cannibalizing their bodies.

In a firsthand account of a duck-on-duck massacre, one witness described a Muscovy grabbing another duck’s soon-to-hatch egg: “The male Muscovy cracked the egg open and bit down on the fully formed chick within,” he said. “With a snapping upturn of his head, he then swallowed the duckling whole.” And all this while the parents were watching. Brutal.

The only way to stop a bloodthirsty duck on a cannibalistic killing spree is to trim his beak so that he can’t use it anymore. And this is actually a common enough problem that you can buy beak-trimming machines, custom-made for the specific purpose of stopping the all-duck Donner Party reenactment from going on in your backyard.[9]

1 After Scorpions Shed Their Tails, They Die Of Constipation

PLoS ONE : Scorpion Sheds ‘Tail’ to Escape: Consequences and Implications of Autotomy…

When scorpions get caught by their stingers, they can still get away. They will writhe and wiggle until their tails fall off. The severed stinger will keep trying to pierce the attacker, keeping it busy while the scorpion gets away. That all sounds like a supercool and practical defense mechanism—as long as you stop reading right here.

The problem is that a scorpion’s tail has more than just a stinger. It’s where they keep their anuses, too, and the tail doesn’t grow back. The scorpions are constipated for the rest of their lives. They’re physically incapable of relieving themselves, so their insides gradually fill up with poop until they explode.[10]

But even that doesn’t happen quickly. The scorpions can spend eight months in agony before they finally get to die. When they get clogged up, the raw pressure of the excreta in their bodies gets so intense that another part of their tail blows off, and then they start filling up again.

When every section of their tails have exploded in a disgusting mess, the scorpion will clog up one last time and explode, experiencing one of the most painful deaths imaginable. Finally, after eight months of agonizing pain, the scorpion will die—because it is literally too full of crap to live.

For more gross facts about animals, check out 10 Disgusting Animal Habits That Will Make Your Skin Crawl and Top 10 Cute Animals With Disgusting Toilet Habits.