It was great to see the comments that were posted when I created my first ever list. Thank you for your positive and negative feedback. As I mentioned in the comments this list is completely based on opinion and will not be that educational unless you are looking for good movies to rent. The number one thing I picked up on was to watch my grammar (this has always been an issue for me) and to make sure I post spoiler alerts. Many of the suggestions that were made sparked my memory and I was able to come up with another 25 one-on-one fights that deserve to be on a second list. I have thus created a sequel to my first list taking your suggestions and my own personal favorites and filtering the list down to ten. I know there are some that I missed so I apologize. Also I will admit that although I do enjoy movies from all over the world I am lacking in experience when it comes to Asian / martial arts film. I also think that if I would have a hard time choosing from this genre as each movie probably has some epic battles, so I decided to try and be a bit more diverse. Might I suggest someone creates a one-on-one martial arts films list? Please feel free to post your suggestions. Remember that I grade the top ten based on significance and dramatic effect of the fights. Happy reading and…. SPOILER ALERT 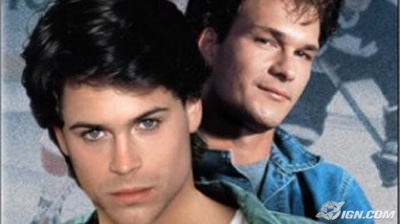 Possessing great athletic talent, Dean Youngblood travels to Canada and quickly learns that talent enough will not be enough to succeed in Junior Hockey. After getting his clock cleaned by Carl Racki in tryouts, the coaching staff decide to give Youngblood a shot and he manages to steal Racki’s spot on the roster. A rivalry is born that will carry itself all the way to the Memorial Cup playoffs in which Youngblood’s team and Racki’s team are set to do battle. During the game Racki and Youngblood fight (albeit very unrealistically) for vengeance, victory and of course the championship.

9
Simba Vs. Scar
The Lion King 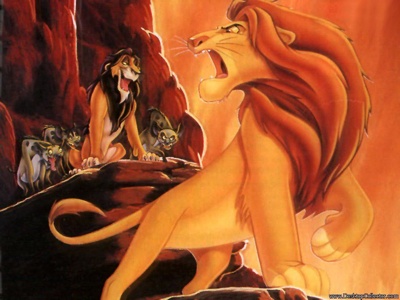 No one ever said that drama was only available in live action. In the Lion King we see the jealous and spiteful Scar murder his brother, the King of the Pridelands and claim the throne for himself. The Kings son Simba manages to escape into exile and only returns once he has matured and grown into a young adult. Thought to be dead, Simba returns to see his former home in ruins and his family in slavery. After learning the truth about this father’s death he battles his uncle to avenge his father, but more importantly return his home to a place of peace and harmony.

8
Éowyn Vs. The Witch King
Lord of the Rings: The Return of the King 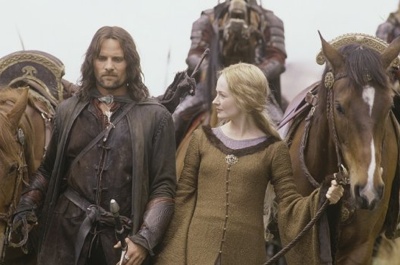 Although in the end this battle ends up being a two against one, the one vs. one part of the fight deserves recognition. Éowyn the proud and brave niece of the King of Rohan watches her uncle be critically wounded by one of the film’s most feared villains. The Witch King “whom no man can kill” instructs his beast to devour the injured king. Realizing that she was about to watch this happen, and with no one else around to help her Éowyn steps in to fight both the Witch King and the giant winged beast he rode in on. After decapitating the creature we watch the Witch King reveal a gigantic mace and sword. Éowyn stands in there with him pretty well but in the end she needs a little bit of assistance. Still a great underdog fight worth watching. 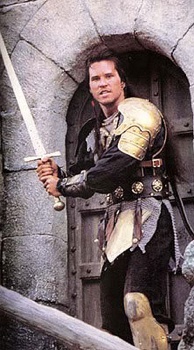 My personal favorite battles are the ones that combine vengeance and good vs. evil. Madmartigan is an embattled, selfish yet skilled swordsman who begins the film left to rot in a cage for his crimes. An old friend of his named Airk comes across the locked up Madmartigan only to leave him behind in his cage. Throughout the course of the movie, we watch Madmartigan develop into a reliable and somewhat trustworthy ally of the films heroes. During the final battle Madmartigan joins forces with Airk and witnesses his friend die at the hands of the sinister General Kael. Madmartigan takes on the highly skilled Kael in a great sword fight before impaling him and proving that he is “the greatest swordsman of all time”. 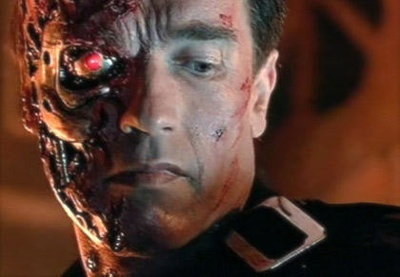 I don’t think you will find anyone else that grew up around the same time as I did that doesn’t remember Terminator 2 being the moment you realized how awesome special effects in movies were becoming. My favorite part about this fight is how the entire movie lead up to it. The two terminators spend the whole movie trying to get the best of one another with a variety of weapons until finally the have to engage in point blank battle to the death. The outdated t-800 puts up a heck of a fight until he is bested by his newer, faster nemesis. We do get a chance to see who gets the last laugh at the end of this film though.

5
Tommy Lee Vs. Dae Han
Best of the Best 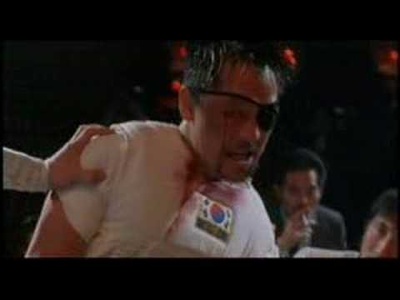 Best of the Best is one of my favorite movies growing up and is a good story about honor and pride. The entire film centers around an American Karate team training for a huge international fight. The men bond together as a team and train hard leading up to the showdown where they are clearly outmatched. The centre of the battle is the final fight between Tommy Lee and the Captain of the Korean team, Dae Han who killed Tommy’s brother in a fight years before. Tommy defeats his opponent after a gruesome fight, but spares his life. 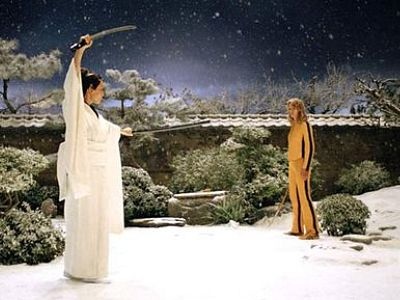 Almost like a video game, The Bride is forced to fight her way through a pile of henchmen and 2 mini bosses until finally clashing swords with O-Ren. The music, the setting and the lightly falling snow set the scene for the showdown which is a battle that could almost be described as elegant. In the end, the Bride wins the fight and the respect of her fallen adversary. 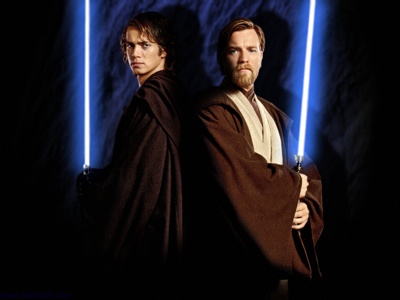 Although the battle between Darth Vader and Luke Skywalker made the top of my first list, I absolutely had to mention the climactic battle between former student and master. From the very beginning of the film, the movie goer knows that a monumental fight was going to take place. As Anakin slides further toward the dark side, him and Obi Wan catch up at the end of the film where Obi Wan pleads with his former student to see the error of his ways. Obi Wan realizing that his former friend cannot be saved, reaches for his Light Saber admitting that he “will do what I must”. As the Jedi border on extinction, Obi Wan represents one of two Jedi left that can defeat the very powerful Anakin. 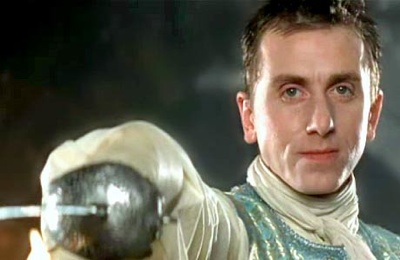 The one aspect about this battle that sets itself apart from the rest is that it is an arranged organized sword fight to settle the differences between the films villain and hero. The other thing that sets this battle up nicely is how evil and blatantly sadistic Cunningham, he is portrayed as a villain you love to hate. At the end of the film, we watch Roy take slice after slice from Cunningham’s blade until he no longer has any strength left to fight. Falling to his knees, he has no choice but to wait for Cunningham to finish him off. Driven only by his last bit of strength Roy actually grabs the thin point of Cunninghams sword and squeezes it, cutting his hand open in the process but rendering it useless to Cunningham. As Cunningham gives him a stunned look, Roy grabs his broadsword with his free hand and slices Cunningham wide open, killing him 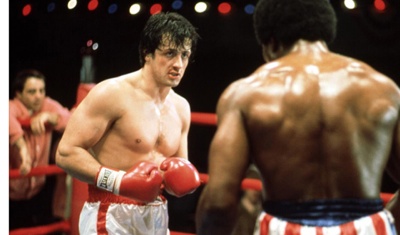 Honorable Mention: Bruce Lee… Admitting that I have not seen many martial arts films nor have I seen all of Bruce Lee’s films. I will admit that Lee needs to be recognized. I don’t feel comfortable picking a specific fight due to my lack of experience but I will say that Han Vs. Lee deserves a nod.