I originally intended to submit this as a Christmas list, but I got sidetracked and forgot about it. So I bring it to your attention now with a few amendments from my original list. Hope you enjoy the items I’ve selected, please feel free to add your own in the comments section. What would you buy if money was no object? Maybe a diamond ring a supercar or even a new house? The choice is yours. Below is a list of ten gifts that you may consider purchasing for yourself or loved ones. Prices are given in U.K pounds and U.S dollars and are approximate. 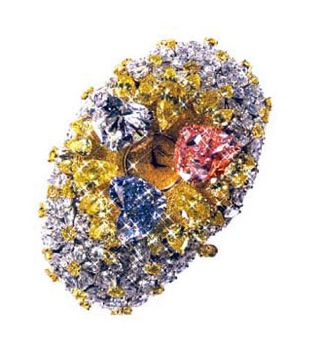 Yes, you read that right: £15 million. This is a timepiece by Chopard it is adorned with three heart-shaped diamonds, a 15-carat pink diamond, a 12-carat blue diamond and an 11-carat white diamond. Just for good measure, they threw in 163 carats of white and yellow diamonds to bring the total to 201 carats of diamonds. It’s £15 million price tag will guarantees its place as the world’s most expensive watch for years to come. 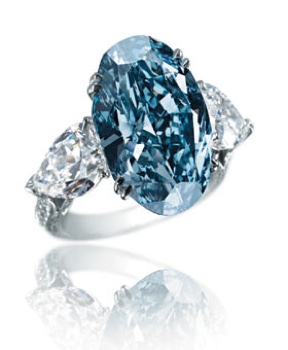 Another piece by Chopard is the Blue Diamond Ring, it is the ring that makes any other diamond ring look bad. Set with an enormous, oval-shaped blue diamond, the ring also has diamond shoulders and an 18k white gold band paved with diamonds. Blue diamond is among the most expensive diamonds in the world. It is found among boron deposits, from whence it derives its shade. This particular gem weighs in at nine carats. The world’s most expensive ring is valued at £9.78 million, enough to put a dent in the wallets of even the wealthiest individuals. 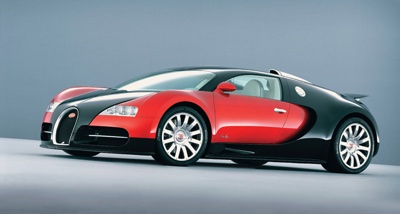 If your passion for performance and luxury cars cannot be stopped, and your McLaren F1 is becoming a bore with the rest of your exotic cars, it might be time to check out theVeyron from Bugatti. At around £750,000, it is the most expensive production car ever made. So what do you get for all that money? How about a W-16 (essentially two narrow-angle V-8s sharing a crankshaft) with four turbochargers generating 1001 hp, throw in all-wheel drive and you’ve got a seriously fast car. The Bugatti Veyron 16.4 hits 60 mph in 2.5 secs., does the quarter-mile in 10.5 secs. and reaches its top speed of 252 mph in just 55 secs. After a long absence from the market Bugatti has reclaimed its title as the ultimate performance car and reigns supreme as the world’s most expensive car in production. 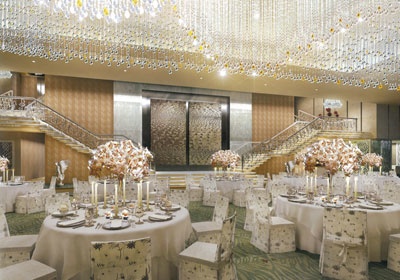 Antilla is the new house of Mukesh Ambani. This house breaks the record for most expensive house in the world. It is the first home in the world that exceeds $1 billion. The house is 570 feet high and is built in the middle of downtown Mumbai, India around an area that’s full of poverty. Each of Ambani’s family will have their own personal health club; there is also a six level garage for 168 cars. Most of the tower is built from glass. The ultra modern house also features a panic room and cinema and each level also has a lush garden. The family employs around 600 servants and staff. 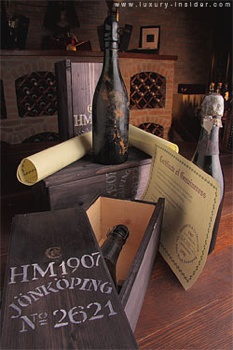 Shipwrecked 1907 Heidsieck. These hundred year old bottles of Champagne from the Heidsieck vineyard in Champagne took over eighty years to reach their destination. Shipped to the Russian Imperial family in 1916. A shipwreck off the coast of Finland caused this champagne to be lost at sea until divers discovered over 200 bottles in 1997. Now they’re finally being sold to wealthy guests at the Ritz-Carlton hotel in Moscow. The wine’s extraordinary tale and incredible age are what makes it the world’s most expensive wine. 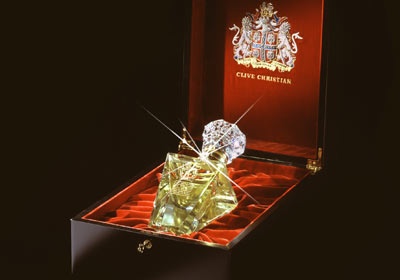 Stuck for a valentines gift, present for Mummy, or a stocking filling for aunt Jessie? If money is no object to you, £129,000 a bottle of British designer Clive Christian’s “Imperial Majesty” has recently been voted in the Guinness book of records the most expensive perfume in the world. You do of course get your moneys worth. Not only 16.9 ounces of the juice poured into a fit for the queen bottle, but also stuck into the 18-carat gold collar is a five-carat diamond. With only five bottles made, you would be unique, different… and broke. However, you get your beautiful niche perfume, and you won’t smell like anybody else. Also the price includes delivery in a Bentley… Run to Harrods now! [JFrater: I have smelled this perfume and it is not all that appealing. If you want a good perfume that is not too pricey but beyond the reach of the average buyer, get the unisex Amouage Tribute Attar – it smells amazing and is $650 US for 30ml.] 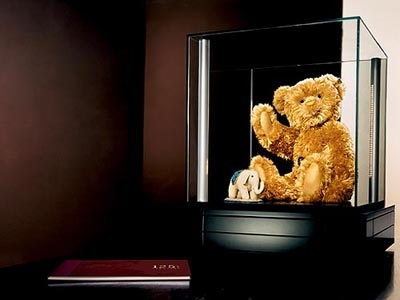 The £43,000 bear has fur made of real gold, and eyes made with sapphires and diamonds. Steiff, which claims to have made the world’s first ever teddy bear, made the golden bear to celebrate its 125th anniversary. The new bear has a mouth made of solid gold, fur made from gold thread and eyes with pupils of sapphire and irises made from 20 tiny diamonds. Only 125 editions of the collectable Jubilee Bear have been produced. 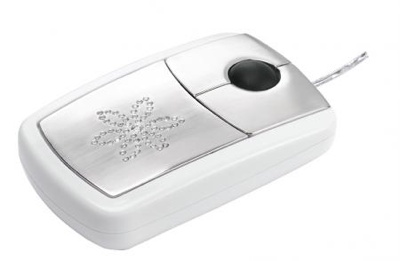 Most consumers just use the mouse that comes with their desktop and only purchase a mouse when they spill the inevitable hot cup of coffee and ruin the wheel action on their mouse. Others must think of their mouse as a fashion accessory though, because why else would Swiss manufacturer Pat Says Now produce the world’s most expensive computer mouse. The costly peripheral is cast from 18 carat white gold and set with 59 brilliant cut diamonds. The mouse utilizes a modern 3-button wheel optical mouse design, options for USB or PS/2 connections for PC or Mac, an 800 dpi Resolution, and a 3 year warranty. The expensive mouse comes in two designs, “Diamond Flower” and the “Scattered Diamond” layout. You can bling out and personalize the most expensive computer mouse by adding your initials in diamonds, and can choose from yellow, red or white gold with white or black trim. 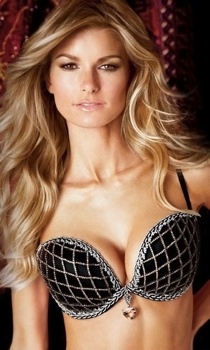 Inspired by the Angels Collection from Victoria’s Secret, this fantasy bra is truly sent from heaven. The Fantasy Bra is the embodiment of the Victoria’s Secret Angels – with a design as dazzling and ethereal as Angel’s wings. The creation features 2,900 pavé-set white diamonds in 18k white gold weighing a total of 112 carats. The centerpiece of this once-in-a-lifetime piece is a stunning 70-carat, pear-shaped flawless diamond.