Death is one of my favorite topics and as it has been quite some time since I posted a list on the subject, I thought the time seemed right. In this list we look at 10 random facts that have one thing in common: they all relate to death in one way or another. Be sure to check out the original list, and add any more death facts to the comments of this list. 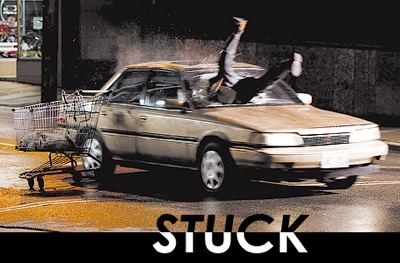 Gregory Biggs, a homeless man in Fort Worth, Texas, was struck by a car being driven by Chante Jawan Mallard, who had been drinking and taking drugs that night. Biggs’ torso became lodged in Mallard’s windshield with severe but not immediately fatal injuries. Mallard drove home and left the car in her garage with Biggs still lodged in her car’s windshield. She repeatedly visited Biggs and even apologized for hitting him. Biggs died of his injuries several hours later. Chante Mallard was tried and convicted for murder in this case and received a 50-year prison sentence. The film Stuck is loosely based on this unusual death. 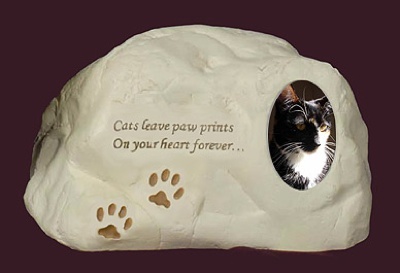 Disenfranchised grief is a term describing grief that is not acknowledged by society. Examples of events leading to disenfranchised grief are the loss of a pet, an aborted/miscarried pregnancy, a mother’s loss or surrender of a child to adoption, the death of a celebrity, or even a fictional character. This is compared to more traditional forms of grief, such as loss of a spouse, parent, or child. Traditional forms of grief are more heavily recognized even in nontraditional living situations. Disenfranchised grief, when legitimate, can create problems with bereavement leave with work. There are few support systems, traditions, or institutions, which normally help the grieving process. 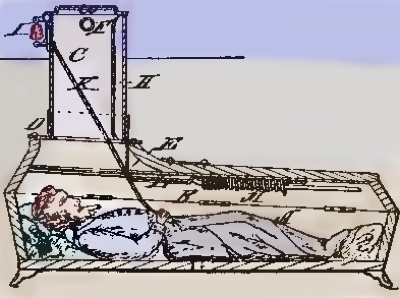 A safety coffin or security coffin is a coffin fitted with a mechanism to prevent premature burial or allow the occupant to signal that he has been buried alive. A large number of designs for safety coffins were patented during the 18th and 19th centuries and variations on the theme are still available today. The first recorded safety coffin was constructed on the orders of Duke Ferdinand of Brunswick before his death in 1792. He had a window installed to allow light in, an air tube to provide a supply of fresh air, and instead of having the lid nailed down he had a lock fitted. In a special pocket of his shroud he had two keys, one for the coffin lid and a second for the tomb door. 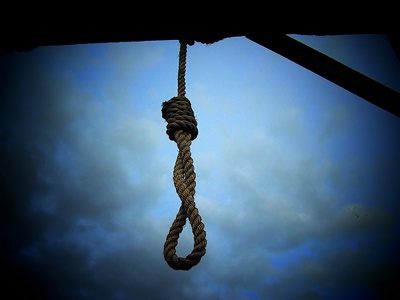 A death erection, angel lust, or terminal erection is a post-mortem erection, technically a priapism, observed in the corpses of human males who have been executed, particularly by hanging. The phenomenon has been attributed to pressure on the cerebellum created by the noose. Death by hanging, whether an execution or a suicide, has been observed to affect the genitals of both men and women. In women, the labia will become engorged and there may be a discharge of blood from the vagina. In men, “a more or less complete state of erection of the penis, with discharge of urine, of mucus, or of the prostatic fluid, is a frequent occurrence … present in one case in three.” Other causes of death may also result in these effects, including fatal gunshot wounds to the brain, damage to major blood vessels, or violent death by poisoning. Forensically, a postmortem erection is an indicator that death was likely swift and violent. 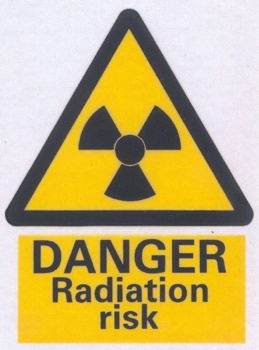 The walking ghost phase of radiation poisoning is a period of apparent health, lasting for hours or days, following a dose of 10–50 sieverts of radiation. As its name would suggest, the walking ghost phase is followed by certain death. The phase of apparent recovery is due to the lag time of the effects of radiation poisoning to surface. While the irradiation has resulted in bone marrow destruction and death of many rapidly multiplying cells, the surface effects do not become apparent until later. For example, irradiation kills the rapidly dividing cells of the gastrointestinal tract, however diarrhea is not apparent until the cells begin to slough off, coming out in bloody excrement. Loss of this protective lining exposes the body to bacteria within the gut causing sepsis. Also, this causes an inability to absorb nutrition from food. This is the same with the rapidly proliferating cells of the immune system. Irradiation essentially halts white blood cell production by destroying bone marrow, however the remaining white blood cells within the body are still temporarily working, until they are “used up”. 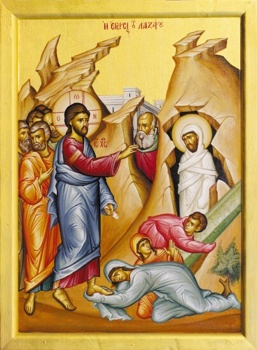 Lazarus syndrome is the spontaneous return of circulation after failed attempts at resuscitation. Its occurrence has been noted in medical literature at least 25 times since 1982. Also called Lazarus phenomenon, it takes its name from the biblical story of Lazarus, who was raised from the dead by Jesus. In one case, a 66-year-old man was suffering from a suspected abdominal aneurysm. During treatment for this condition, the patient suffered cardiac arrest and received chest compressions and defibrillation shocks for 17 minutes. Vital signs did not return; the patient was declared dead and resuscitation efforts ended. Ten minutes later, the surgeon felt a pulse. The aneurysm was successfully treated and the patient fully recovered with no lasting physical or neurological problems. 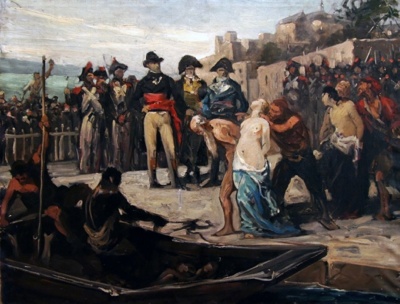 Republican marriage (French: mariage républicain) was a form of execution that allegedly occurred in Nantes during the Reign of Terror in Revolutionary France and “involved tying a naked man and woman together and drowning them”. This was reported to have been practiced during the noyades massacres that were ordered by local Jacobin representative-on-mission Jean-Baptiste Carrier between November 1793 and January 1794 in the city of Nantes. Most accounts indicate that the victims were drowned in the Loire River, although a few sources describe an alternative means of execution in which the bound couple is run through with a sword, either before, or instead of drowning. While the murders of men, women and children by drowning in the noyades is not generally disputed, the factuality of the “republican marriages” in particular has been doubted by several historians who suspect it to be a legend. 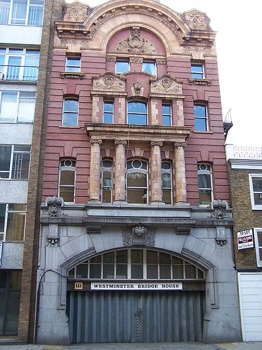 The London Necropolis railway station was a special railway station constructed by the London Necropolis Company for funeral trains, specifically to serve their Brookwood Cemetery. The station opened on 13 November 1854 just outside London’s Waterloo station on the London and South Western Railway. Three-carriage trains took coffins and mourners from the station — located between York Street (now Leake Street) and Westminster Bridge Road — directly to platforms within the cemetery. The station was rebuilt a short distance away at 121 Westminster Bridge Road in 1902 when the mainline station was reconstructed. Prior to 1900 funeral trains usually ran once each day, but after this only operated “as required”, until by the mid-1930s they only ran twice each week; much of their traffic having moved to the road network. On the night of 16 April 1941 the station was hit by bombs and never rebuilt or re-opened. However, the entrance to the station still stands in Westminster Bridge Road. 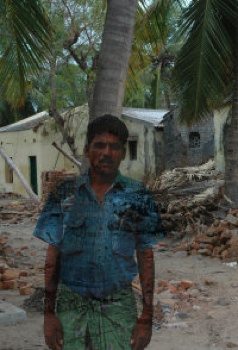 Lal Bihari (born 1961) is a farmer from Uttar Pradesh, India who was officially dead between 1976 and 1994. He founded Mritak Sangh or the Association of the Dead in Uttar Pradesh, India. He fought Indian government bureaucracy for 18 years to prove that he is alive. When Lal Bihari tried to apply for a bank loan in 1976, he found out that he was officially dead: his uncle had bribed a government official to register him as dead, so that he would get the ownership of Bihari’s land. Bihari discovered at least 100 other people in a similar situation, being officially dead. He formed Mritak Sangh in the Azamgarh district. He and many other members were in danger of being killed by those who had appropriated their property. Nowadays the association has over 20,000 members all over India. By 2004 they had managed to declare four of their members alive (including Bihari). 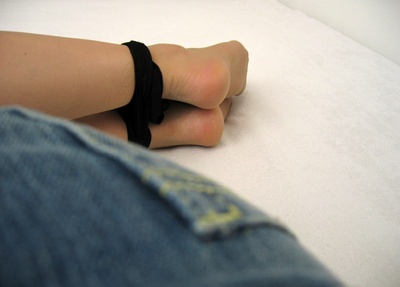 Maschalismos is the practice of physically rendering the dead incapable of rising or haunting the living in undead form. It comes from the Ancient Greek word and was also the term for procedural rules on such matters in later Greek customary law. The term maschalismos has widened to include the customs throughout the different cultures of the world in ritually mutilating their dead to prevent their wrath from affecting the living. In the Moluccas, a woman who has died in childbirth is buried with pins stuck through the joints, and an egg under the chin and or armpits; believing that the dead fly like birds and the presence of eggs will bring out maternal instincts which make the ghost not leave the eggs and thus stay with its former body. In Europe, it was sometimes common that suicides were buried with a stake driven through the heart, the body buried upside down, or the head cut off and placed between the legs; still practiced in many parts of Britain as well as the continent is tying together the feet or large toes of the dead. The Omaha, a tribe of American Indians, slit the soles of the feet of those killed by lightning; the Basuto and Bechuana slit the sinews and spinal cord of their dead; the Herbert River aborigines of Australia beat the body enough to break its bones and fill incisions made in the body with stones. Further forms of maschalismos are equally common among peoples the world over. [Image Source]