One of the things I most love to get is books (as you can see by looking at my Amazon Wishlist). Also, because of my love of lists and trivia I have collected lots of books on those topics – many of which have ended up as inspiration for lists here. This Christmas I recommend either giving someone a book – or buying one or two for yourself – especially if you haven’t read a good book in ages. This list only contains books I have on my own bookcase, that I would not hesitate in recommending to Listversers. 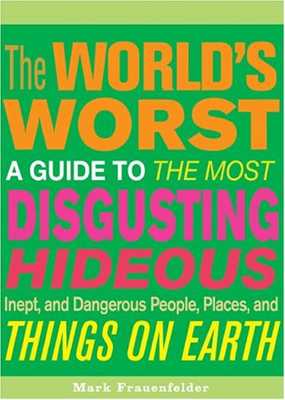 This is a fun little book filled with the worst things in the world – such as dangerous people or places, disgusting or hideous creatures, and more. In thoroughly researched, scathingly funny essays, author Mark Frauenfelder avoids the obvious and digs deep to tell the fascinating tales of the worst people, places and things on Earth for the reader’s amusement and edification. Half of the entries are also mischievously illustrated by the author. This is a perfect book for bedtime reading. 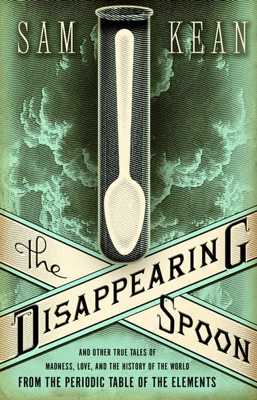 In The Disappearing Spoon, Sam Kean goes through the periodic table of elements and tells a story or anecdote about it. The book presents a parade of entertaining anecdotes about scientists (mad and otherwise) while covering such topics as thallium (Tl, 81) poisoning, the invention of the silicon (Si, 14) transistor, and how the ruthenium (Ru, 44) fountain pen point made millions for the Parker company. With a constant flow of fun facts bubbling to the surface, this is just the sort of book that will be loved by anyone who is a fan of trivia and snippets of information. 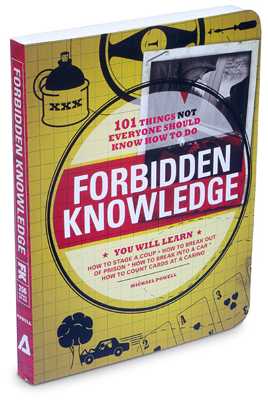 This is a great book for anyone who wants to know the secrets behind things we aren’t meant to do – including how to make counterfeit money, how to break into a car, how to become a religious icon, and even contains a funny list of ten things you shouldn’t say to a cop – such as: “Well, when I reached down to pick up my bag of crack, my gun fell off my lap and got lodged between the brake pedal and the gas pedal, forcing me to speed out of control.” Humor (or lack thereof) aside, this really is a very interesting book that will appeal to most people. 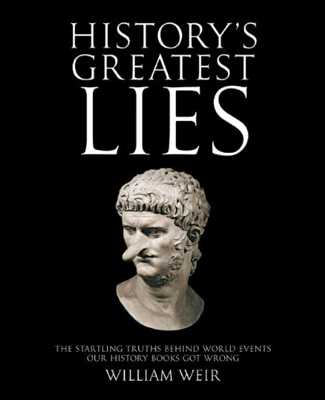 In this book, the author neatly dispatches many of the most treasured stories to be found in schoolbooks, and repeated elsewhere. He relates that Emperor Nero did not fiddle as Rome burned because the fiddle or violin wasn’t invented until the 16th century (you heard that here first!). His enemies are the source of that story and he had plenty of them. Paul Revere did his best to alert the extensive Colonial militia that the British were coming, but they got to him first, holding him for a while as the word was spread, by a variety of means. The Bastille was stormed because the crowd wanted to get at its store of gunpowder. Its political prisoners actually lived in comfortable quarters. All things considered, this book provides a very interesting new look at history.

6
Why Do Men Have Nipples?
Billy Goldberg, M.D. 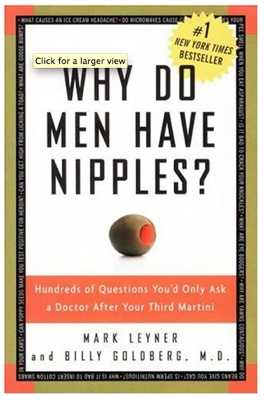 This is a very amusing little book compiled by doctors to answer all of those questions we all want to know the answer to but are either too embarrassed to ask or don’t know anyone that can give us the answer. Some of the questions asked are: “Why do men wake up in the morning with an erection?” and “why do you see stars when you are hit on the head?” The answers? You will have to buy the book!

Buy the Book on Amazon 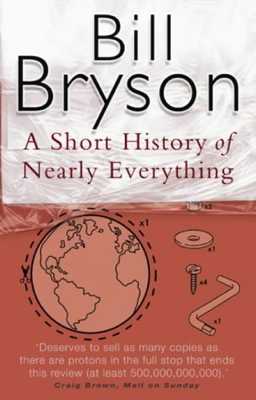 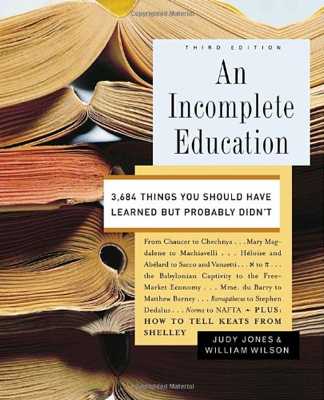 You’ll find everything you forgot from school–as well as plenty you never even learned–in this all-purpose reference book, an instant classic when it first appeared in 1987. The updated version takes a whirlwind tour through 12 different disciplines, from American studies to philosophy to world history. Along the way, Judy Jones and William Wilson provide a plethora of useful information, from the plot of Othello to the difference between fission and fusion. This book has featured elsewhere on Listverse and it is so good it is even in our bookstore. 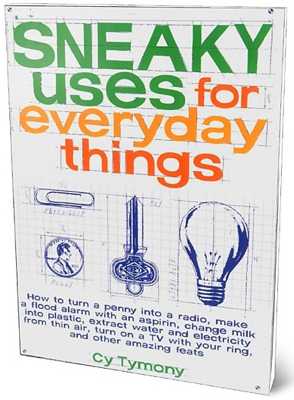 Do you know how to make something that can tell whether the $20 bill in your wallet is a fake? Or how to generate battery power with simple household items? Or how to create your own home security system? Science-savvy author Cy Tymony does. And now you can learn how to create these things – and more than 40 other handy gadgets and gizmos – in Sneaky Uses For Everyday Things. More than a simple do-it-yourself guide, this quirky collection is a valuable resource for transforming ordinary objects into the extraordinary. The best thing about this book is that you don’t just get to read it – you get to put into practice the many suggestions found in it – a wonderful way to while away a wintery weekend.

2
The Book of Myths and Misconceptions
Armchair Reader 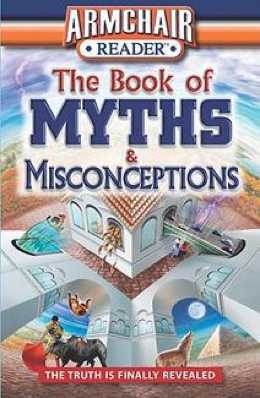 Armchair Reader: The Book of Myths & Misconceptions shines a bright new light on hundreds of “facts” that are widely (and incorrectly) accepted as truths. Give it a read and you will be able to impress, educate and discredit friends. This book will obviously appeal to those of you who are especially fond of our Fact & Fiction category. This is, for me at least, a must-have book for anyone that comes to Listverse. 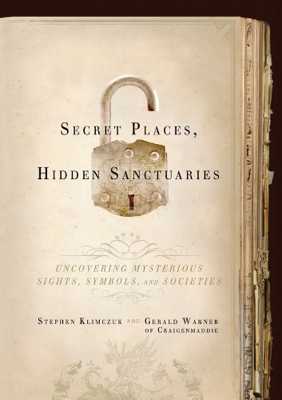 This is a book that will be especially loved by anyone who liked our list of places you can’t go. In this book, the doors of some of the world’s best-hidden places and most secretive organizations have been thrown wide open! Some of the names are familiar: Area 51, Yale’s Skull and Bones, Opus Dei, the Esalen Institute. Others are more obscure, hidden by fate or purposeful deception, such as the Mount Weather Emergency Operations Center, the super-secure facility where Vice President Dick Cheney was secreted after the 9/11 attacks, and Germany’s Wewelsburg Castle, which was intended to become the mythological centerpiece of the Nazi Regime. Readers can take an unprecedented look deep inside the off-the-map military installations and shadowy organizations that operate in the murkiest corners of our world. This is not a throwaway quick read – it is an intelligent and incredibly well researched book you are guaranteed to love. 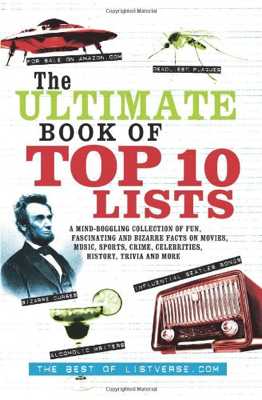 The Ultimate Book of Top 10 Lists is the first of what will eventually be a trilogy of books based on Listverse. It covers all of the categories on Listverse and presents the best lists from each in an easy to read and convenient form. Perfect for the coffee table or reading in bed. 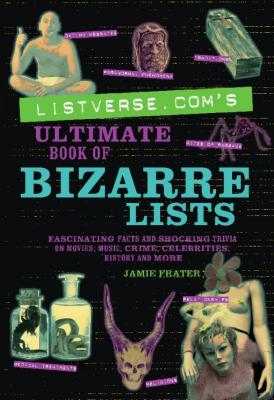 The unprecedented popularity of our first book resulted in the creation of the Ultimate Book of Bizarre Lists – focusing entirely on the various bizarre topics that appear on Listverse. For top 10 list aficionados this is a must-buy book that includes lists never seen on Listverse before.

Do you still want more? Over the years we have amassed hundreds of lists containing brilliant books that we would recommend to anyone that loves Listverse. That equates to thousands of books – enough to keep you reading for the rest of your life!

Check out our book lists, or Peruse the Art & Literature category.