A proper insult takes grace, imagination, gall, and, of course, bitterness. Verbosity also helps. William Shakespeare, known for his verbiage, is also known for the comebacks, insults, and slurs that he employed through his characters. While not one for avoiding physical attacks – including sword fights, poisonings, hangings, and stabbings – some of Shakespeare’s most biting moments include the carefully constructed verbal attacks his characters sling at one another during moments of heightened drama in his plays.

Here are few of them. Whether you try them at a party, or wait for an even more appropriate situation involving annoying coworkers or that imbecilic cousin of yours – these will be effective every time. You’ll probably get something more than a dirty look, for instance, when you call someone a “bull’s pizzle” or a “beetle headed, flap-eared knave.” 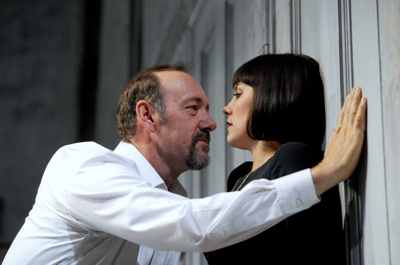 “And thou unfit for any place but hell.”

In colloquial terms, “go to hell!” is a classic insult, and one that usually avoids censorship even on daytime television. But, to put it simply, this insult is as damning as they come. It is difficult to imagine an insult greater than to wish endless torture upon another person. Further, this quote’s implication is that hell is the only appropriate place for one’s adversary: “You are fit only for torture, madness, and pain.”

“Yes, one place else,” Gloucester retorts, “if you will hear me name it.”

9
Beatrice insults men
Much Ado About Nothing 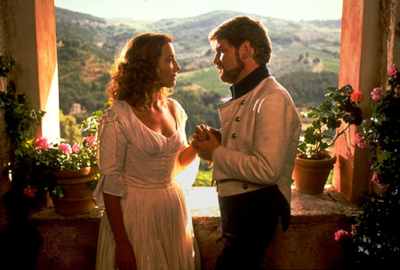 Prior to falling in love with Benedick, Beatrice was a proud man-hater. In this scene she is rejecting the thought of being married to man, saying that she might as well marry “valiant dust” or a “clod of wayward marl,” which is basically a piece a dirt or clay. “Wayward” suggests that the clay (man) is insipid, degenerate, and perverse. About as bitter as it is humorous and ironic, as she falls hard for some wayward marl (Benedick) a short time later. 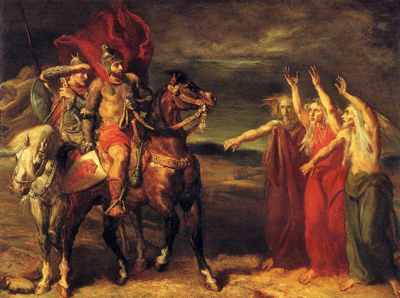 “You should be women, and yet your beards forbid me to interpret that you are so.”

It may not be wise to insult witches, but Banquo does just that. And while the witches that appear to Macbeth and Banquo in the woods were certainly foul, was it fair to comment on their facial hair? Just lines before, one witch spoke of killing a man at sea because his wife would not share some chestnuts with her. Again… insults take gall. Banquo certainly had that. Didn’t end well, I’m afraid. 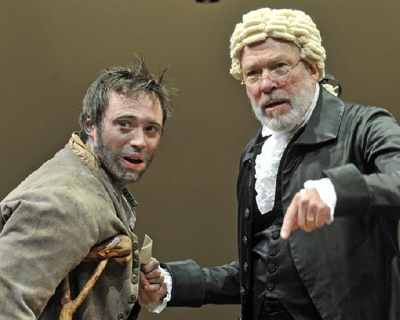 “By mine honour, if I were but two hours younger, I’d beat thee. Methink’st thou art a general offence, and every man should beat thee.”

The lord Lafeu is attacking Parolles, a witless meat-head. While commenting on Parolles’ clothing, Lafeu, an older man, is threatening to beat him up for being dressed so poorly, while inviting everyone else to join in the act. It is hard to tell why Lafeu got so worked up over Parolles’ shoddy dressing. Think of this insult as the “pants on the ground” equivalent of 1604. 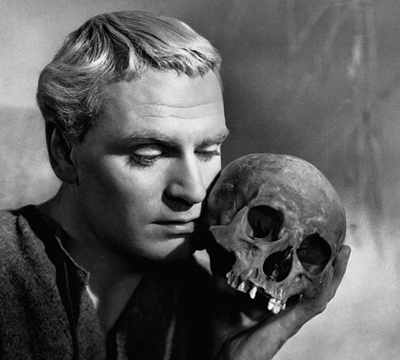 As Prince Hamlet’s modified version of The Murder of Gonzago is played in front of Hamlet’s uncle, King Claudius, and Hamlet’s mother, Queen Gertrude, Hamlet loudly comments on the brevity of the prologue and, incidentally, his mother’s forgone love of Hamlet’s father. Bitter, timely, and snippy. Clearly, Shakespeare demonstrates his ability to elicit the Ricky Lake/Maury Pauvich/Jerry Springer crowd response: “Oooooohhhhhh!!” 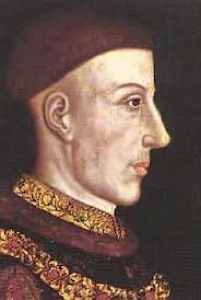 “[My] face is not worth sunburning…”

This is the only insult on this list that is actually a self-deprecating one. King Henry’s diplomatic wooing of the Princess of France, Katherine, is a modest one: he thinks himself so ugly that the sun wouldn’t bother burning his face to add color. He is pretty harsh on himself in this scene, saying that he hasn’t the words of a poet, the strength of a soldier, or the skill of a dancer, but that she should marry him anyway. Of all the insults on this list, this one proves the most noble, as King Henry’s best asset shines: his humility. 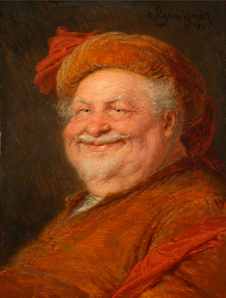 “… you starveling, you elfskin, you dried neat’s tongue, you bull’s pizzle, you stockfish!”

The insults are numerous in the dialogue between Falstaff, Prince Henry and the tavern knaves in this history by Shakespeare. After a disagreement, Falstaff and Henry begin insulting each other’s weight (Falstaff is fat, Henry is skinny) but what makes this insult stand out is its color and imagination. Falstaff is spewing insults that sound like the garbage that even the garbage man wouldn’t take, all the while making fun of Henry’s flimsy, meatless body. For what it’s worth, Henry started it by calling Falstaff “bed-presser” and “horseback-breaker,” but Falstaff clearly bested him with “bull’s pizzle.” 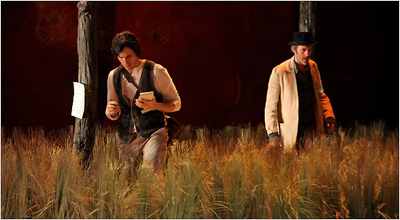 “I do desire we may be better strangers.”

The brothers Orlando and Jacques exchange parries in this scene in the woods while carving love poems on the trees for Rosalind. While this insult was in the context of a sibling rivalry, this seems the perfect insult for the office dolt who continues to drone on about his kids or his gardening techniques while in the copy room.

2
Petruchio insults a waiter
The Taming of the Shrew 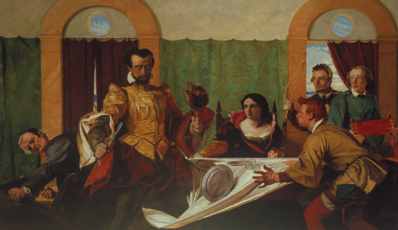 The blustering Petruchio is yelling at servant who spilled some water during his dinner with Katharine – the shrew who is to be tamed. This insult is comical because of how arrogant and spiteful it is. Petruchio is a rich jerk and he can insult whomever he likes. In modern terms, this insult may be the equivalent of “idiot” or “fool” or “dumb***” but there is something much more refreshing about calling someone “beetle-headed.” Try it! 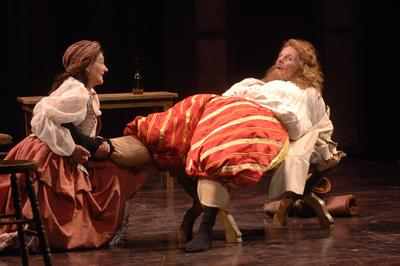 A rampallian is a scamp or a whore and a fustilarian is a worthless scoundrel. The bitter Falstaff returns in the second part of Shakespeare’s history of King Henry IV and is as cynical and depressing as ever, as his habits of drinking and immorality swell. These particular insults are deceiving in that they sound complementary, or even debonair. Try them the next time you are angry at an online gaming opponent. “Stop sniping me you fustilarian!”