Our planet is filled with beautiful, complex life-forms. However, as many people can attest, many life-forms are very far from beautiful. Some are deadly; others are simply downright disgusting. Many of these organisms are known as “parasites”. Parasites are the biological “moochers” of the animal kingdom, feeding off the life-blood (and other fluids) that our systems have to offer. Here are 10 (as well as one [Dis]honorable Mention) of the worst offenders (Note: A lot of this stuff is repugnant; be prepared, if you are squeamish), in order from least to most disgusting (if one could rate “digusting-ness”): 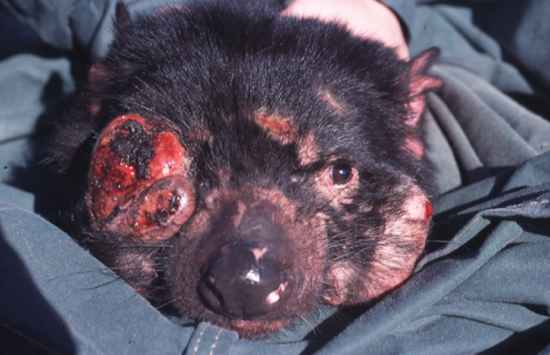 Cancer, in and of itself, is one of the most terrifying illnesses ever discovered and endured. But…what if it was contagious? Well, it is for dogs. In fact, it can actually be a venereal disease! But, you may be asking, how can cancer be a parasite? Well, CTVT is! Every cell in every tumor is a parasite. As the tumor grows, each cell drains nutrients from a victim. The tumor then makes its way to the surface, where it becomes air-borne, infecting sexual partners and curious pooches, alike (don’t worry; humans can’t get it). The tumors usually subsist and grow 3-9 months after formation, during which the poor animal can build up an immunity to CTVT. However, 3-9 months is plenty of time for this air-borne parasite to spread. CTVT is also unique, in that it is believed to be the oldest form of cancer in recorded history; cases of CTVT have been discovered (and/or theorized), going back almost 3,000 years!

While this parasitic bacteria is disgusting, many wives, exes and girlfriends may like the idea of this entry! Why? Because Wolbachia wipes out all of the males in a species!
However, the bacteria is not really cognizant (if a bacteria can even be self-aware, of course) that it is doing this. The bacteria (which infests an alarming 70% of the world’s invertebrates, including insects and aquatic life) relies on the females and her eggs to propagate their species; therefore, the males are unnecessary to its survival. Wolbachia then either kills the males outright, or transforms any male embryos into females. The bacteria has even found a way to sneak their genomes into the cells of fruit flies, which is quite an impressive (if not unsettling) genetic feat! 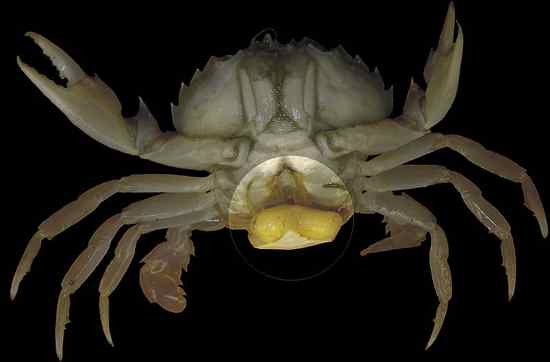 Everyone has met, has dated, or otherwise knows a liar. They deceive, they con, they cheat. But here’s a sick hypothetical situation: What if someone lied, and pretended to be your kids? And, worse, what if they were such good liars, that you actually believed them? Well, that’s what the Sacculina carcini (a parasitic barnacle) does! They invade crabs, growing tentacles that span throughout the crab’s body (even its eyes). Sustaining itself off the vitamins and nutrients the crabs need to survive, it grows into a big tumor-like protuberance on the outside of the crab’s crotch. When crabs have kids, they nurture, feed, and give transportation to them in the very same region that the barnacle “roosts” in. Thus, the crab mistakes this parasite for one or more of its own children, even going so far as to feed and protect them! It can even “feminize” male crabs. 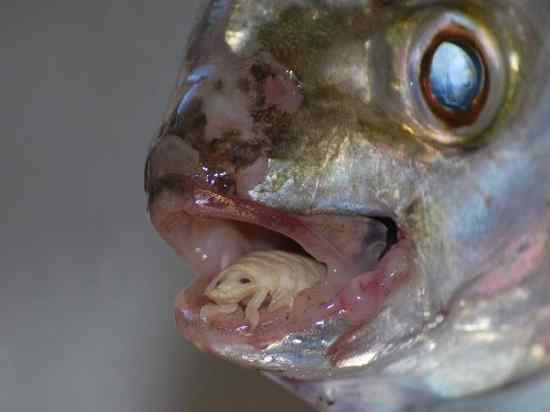 Life is hard for the spotted-rose snapper. They’re eaten; their habitat was effected by the BP oil-spill; they’re commonly mistaken for the Colorado or Red snappers; and then, there’s…the Cymothoa exigua. The Cymothoa exigua enters through the snapper’s gills, and makes itself at home…on the poor snapper’s tongue. It clamps down, and feeds on the blood. It feeds so regularly, that the original tongue withers away and dies; the parasite then, unintentionally, acts as a “substitute tongue” for the fish. That makes this parasite the only one on this list that actually replaces an organ in a victim’s body! 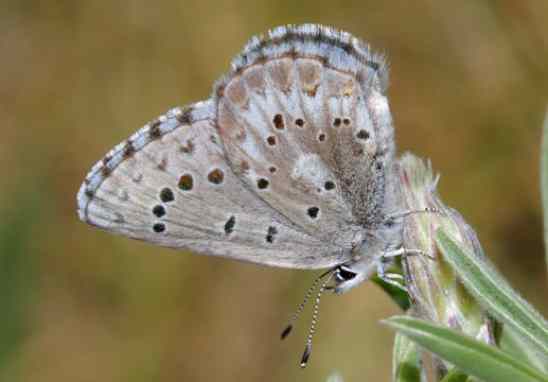 We’ve all seen films like “The Omen”, ”The Good Son” or “Orphan”, where something is just not quite right about someone’s child. The Niphanda fusca, while nowhere near as sinister or destructive as Damien Thorn, is, nonetheless, creepy. Especially, when considering that the villain of this story is [about to become] a cute little butterfly! The Japanese Lycaenid Butterfly lays its eggs in the nests of other species (just like cuckoos), such as Camponotus japonicus (Carpenter ants). However, that’s not the creepy part. Once the egg hatches, the caterpillar (which looks kind of like a maggot) produces pheromones (hormones that allow biological communication between members of a species (.i.e.: perfume)), convincing the members of the hive that it’s an “upper-class” baby (that is, a child that the entire hive will devote itself to serving; the scientific term is “high-ranking caste”). The young Lycaenid ultimately hurts the hive, by depriving many of the other children [within the hive] of food and protection, potentially crippling its future. 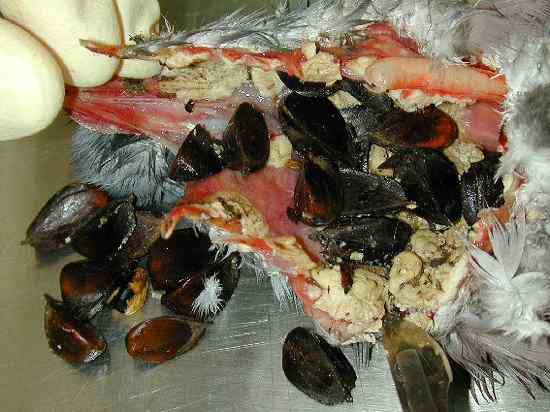 Anyone who has tried to lose weight can relate to just how much of a struggle it can be. This parasite (whose effects are slightly similar to a tape-worm), however, is not the way to do it… This parasite infects birds, mostly. While it doesn’t hurt non-birds-of-prey (such as pigeons, hummingbirds, and cardinals) so much, it does hurt predators like hawks, owls and falcons. It causes lesions in the lower-beak, that turn into holes in the jaw itself. This prevents these graceful animals from hunting or eating successfully, oftentimes leading to their deaths. The largest intact Tyrannosaurus Rex skeleton ever found – nicknamed “Sue” – has holes in her lower jaw, so this parasite may have been the death of this 7,000-pound, 43-foot-long beast (although many scientists believe that Sue died due to wounds incurred from a fight with some other dinosaur(s)). 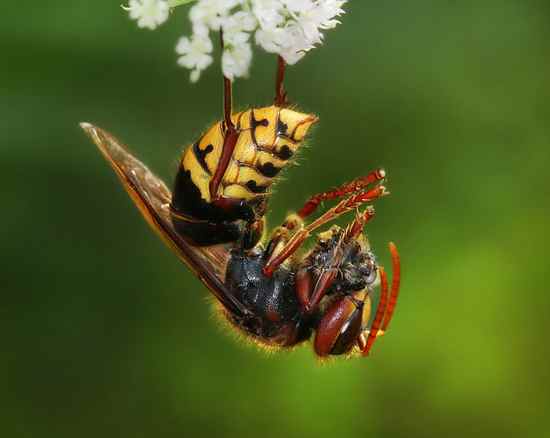 While some of the parasites on this list are not directly lethal (such as #6, 7, 8), most of the them (the parasites on this list) are lethal. The word “parasite” means an organism that survives off another organism; it doesn’t necessarily mean it results in death: In fact, most organisms that die from parasites, die from a deprivation of necessary nutrients, or an inability to eat and/or hunt prey. However, there are forms of parasites that cannot survive without the death of an organism. These parasites are called “parasitoids” (entries #1, 5, 9, and 10, and the [Dis]honorable Mention, are examples of parasitoids). In regards to this wasp, they lay their eggs into other insects; the eggs, when they hatch, then briefly control the hosts’ mind before eating their way out of the hosts’ body. For example, the parasitoid wasp lays its eggs inside a Plesiometa argyra (a type of spider). Before chewing their way out of the spider, the newly-hatched eggs control the spider, causing it to spin unusual, special webs, designed to support more young wasps! 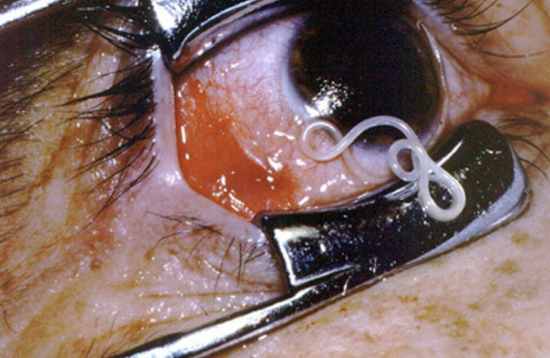 Aren’t worms icky (Unless you are a 4 year old boy or a “worm-whisperer”, you probably won’t disagree with that statement)? They have no eyes, no legs, no arms and they’re always slimy! Imagine how much it would stink if there were worms that lived underneath your skin… Well, imagine no more! The loa loa is here for you! Or, more specifically, the fluids you have in and under your skin. Native to West Africa, these creepy, translucent worms start off as eggs, given to you by a bite from either a mango fly (Cordylobia anthropophaga) or a deerfly (from the Chrysops genus). When these eggs hatch, the worms (which are only 5-20 mm. (0.2-0.79 inches) long) follow the blood-stream to find food, only moving during the day. They only move during the day because [most] flies only come out during the daytime; if a fly bit you, this would give the loa loa the opportunity to allow the fly to swallow its eggs, thereby propagating the species. At night-time, they rest in the lungs. While this would already hurt enough as is, the loa loa can also move inside the thin skin of the eye, causing utter agony! 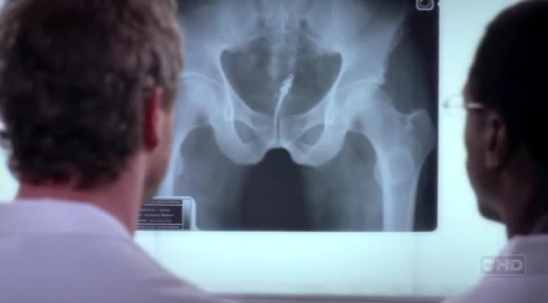 This has been on Listverse before (on the previous parasite lists in fact, but as a bonus entry). Too many people urinate in public pools these days. I’d bet my bottom dollar that they wouldn’t, if there were Candiru in the pool. Why, you ask? Well, their nickname is, “the donkey-castrator”. Candiru feed by swimming into the gills of fish, and hooking in to them using sharp hooks. They then wriggle their little spike-covered body around. Afterward, they feed on the fish’s blood, usually until the fish dies (making this entry a part-time parasitoid). They find the fish’s gills by using their sense of smell to follow the trail of nitrogen and other chemicals naturally produced when a fish exhales. Is there another natural fluid that has nitrogen in it? Yes. Urine. And where does urine exit from? Your genitalia. Ouch.

Fortunately, there has been only 1 confirmed case of a Candiru performing a “cheap vasectomy”, which can be seen on the Animal Planet show, “River Monsters”. And, if you want more information about the Candiru, just read William S. Burroughs’ literature. He mentions them in “Naked Lunch”, and “The Yage Letters”. If Mr. Burroughs is writing about it, chances are, it belongs on this list (no offense, Burroughs’ fans)! 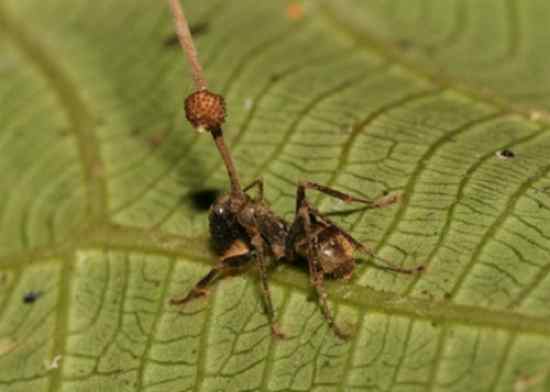 I know what you’re thinking: A disgusting fungus? Isn’t that a little redundant? Well, you’re right. The Ophiocordyceps unilateralis is at the top of this list, because of just how sinister it is; like something out of a horror film! The fungus will first infect an ant, say, a carpenter ant, and will control its mind! It, for lack of a better term, forces the ant to clamp on to the underside of a leaf, and then kills it. Some time afterwards, the fungus grows a stalk right out of the ant’s head! The stalk then produces spores, which then infect other ants. It is also one of the oldest parasites on this list, dating back millions of years!

+
Xenomorph
From the Alien Movies 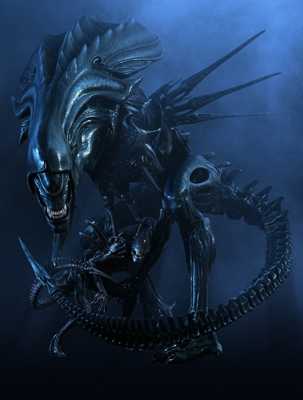 The Xenomorph, if it wasn’t fictional, would be the deadliest parasitoid on this list. It starts its life as an egg; then, the egg hatches, and a “face-hugger” emerges (a 1st-stage parasitoid), and lays a secondary-egg into the first host. After this, a “chest-burster” emerges, and infects a second host. From there, the parasitoid matures, living within the body, until it matures completely, and violently exits the host.