In recent history there have been some amazing secret military and intelligence operations undertaken. This list looks at 10 of the most interesting or important. Be sure to use the comments to mention others that may not be included here. 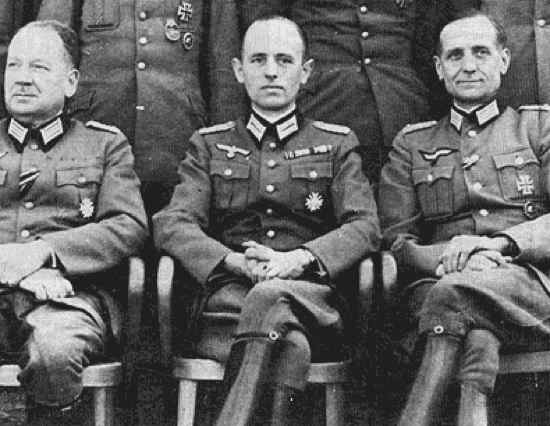 After the defeat of the Nazis during World War II, there was a scramble by all the major powers (U.S., U.K. and Russia) to capture the leading Nazi scientists and intelligence agents. The US operation was named operation paperclip. Many Nazi scientists were captured as a result – the most famous of whom were Wenher Von Braun and Arthur Rudolph, who helped the U.S. develop rockets for space exploration and, ultimately, the moon landing. The most famous of the intelligence agents recruited was Reinhard Gehlen, who was used to set up a spy ring against the Soviet Union (known as the Gehlen Organization). He also helped train the Israeli Special Forces Mossad. 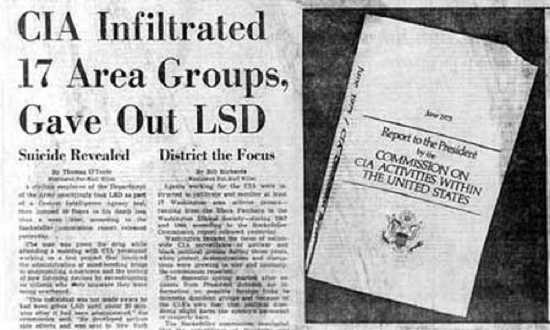 Inspired by North Korea’s brainwashing program, the CIA began experiments on mind control. While including hypnosis and I.Q. tests, the most notorious part of this project involved giving LSD, and other drugs, to American subjects. In one reported case, a subject was given LSD continuously for 77 days. Scottish scientist Donal Ewen Cameron was also involved, in attempting to remove schizophrenia by erasing all memories and reprogramming the individual. His experiments included putting subjects into drug-induced comas for weeks at a time, while playing tapes of noise or simple repetitive statements. 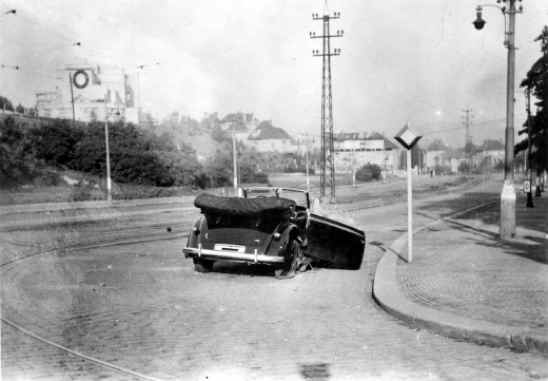 This was the code name for the plan to assassinate Nazi Reinhard Heydrich, in 1942. Many called Heydrich The Hangman of Prague, due to his part in the planning of the killing of millions of Jews through “The Final Solution”. Two soldiers from the Czechoslovakian Army based in Britain were assigned, Josef Gabcik and Jan Kubis. On May 27, 1942, during, Heydrich’s daily commute, Gabčík and Kubiš waited at a tram stop. As Heydrich’s open-topped car neared the pair, Gabčík stepped in front of the vehicle, trying to open fire, but his gun jammed. Heydrich ordered his driver to stop the car. When Heydrich stood up to try to shoot Gabčík, Kubiš threw a grenade at the vehicle, and its fragments ripped through the car’s embedding shrapnel into Heydrich’s body. Heydrich, got out of the car, returned fire and tried to chase Gabčík, but collapsed. The assassins were initially convinced that the attack had failed. But after surgery, and several days in hospital, Heydrich died from infections from the wounds. 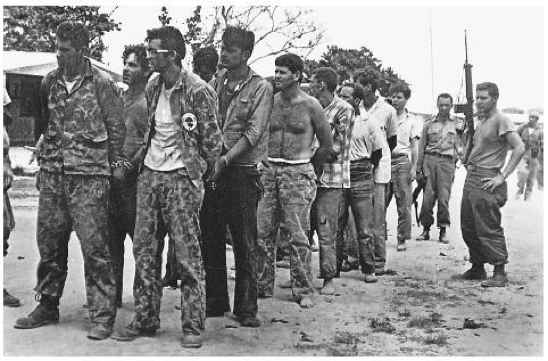 Better known as the Bay of Pigs invasion, although conceived by the Eisenhower administration, it came to define the early days of the J.F.K. presidency. The plans involved an invasion of southern Cuba by CIA trained Cuban rebels, with the help of American air support. The planners had imagined that the invasion would spark a popular uprising against Castro, which never happened, due to underestimated support for him. A promised American air strike also never occurred. This is the CIA’s first major public setback, causing President Kennedy to fire CIA Director of the time, Allen Dulles. Interestingly, Operation Pluto was also the name used for a WWII attempt to build a major oil pipeline in the sea between France and England. 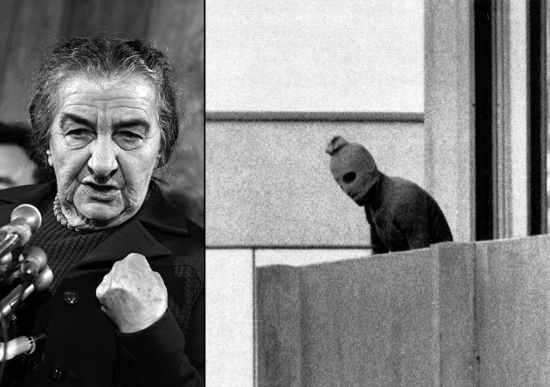 After the Terrorist group Black September kidnapped and murdered 11 Israeli athletes during the Munich Olympics in 1972, the Israeli intelligence agency Mossad decided to seek revenge under Operation Wrath of God. During this time, covert Israeli assassination units killed dozens of suspected conspirators across Europe. The string of assassinations spurred retaliations and criticism of Israeli. The film Munich outlined these events. 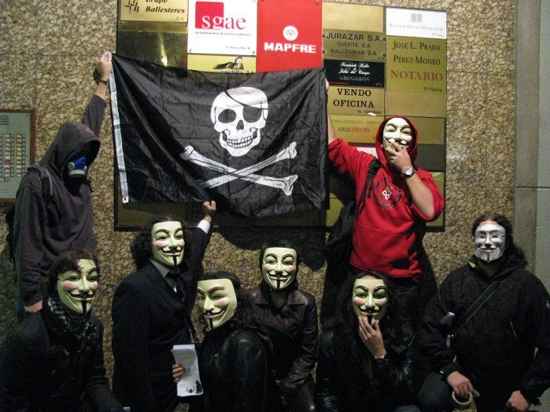 While maybe not, strictly, a covert operation in the traditional sense, I felt the need to include it because of how recent it was and the news it generated. It was a series of DoS (Denial of Service) attacks, by a group calling itself “Anonymous”, against many of the websites which withdrew their support for Wikileaks after the leaking of the Iraq War logs and cable leaks, in 2010. Those websites attacked include Visa, PayPal and MasterCard, among others. 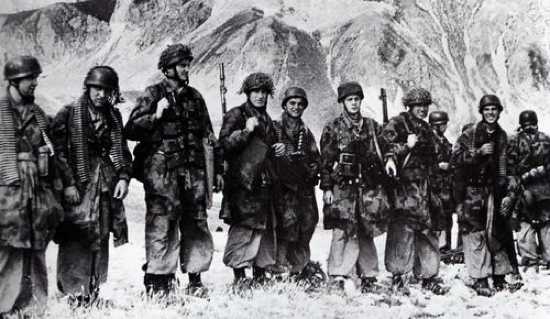 After the allied invasion of Sicily and the collapse of the Italian government, Mussolini was arrested by King Victor Emmanuel of Italy, and imprisoned. Mussolini was imprisoned at the Campo Imperatore Hotel in the ski resort in Italy’s Gran Sasso. Otto Skorzeny was personally selected by Hitler to carry out the mission, and intercepted a coded message by the Italians to discovered Mussolini’s whereabouts. Skorzeny joined the Luftwaffe paratroopers when they crashed gliders into nearby mountains, before overwhelming the Italians without a shot being fired. Mussolini received a hero’s welcome at Hotel Imperial in Austria. 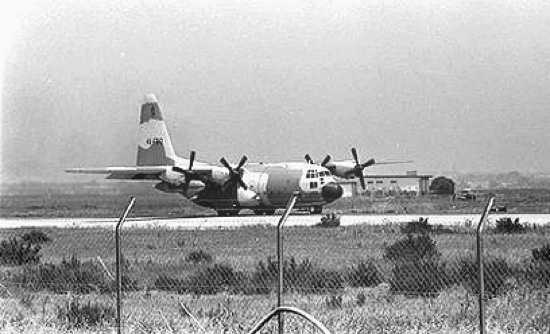 Carried out by the Israeli Defense Forces, this was a rescue of 248 people from an Air France plane at Entebbe Airport, in Uganda. The Plane had been hijacked by the Popular Front for the Liberation of Palestine (PFLP), while going from Athens to Paris. On July 4th, 1976, a raid took place at night by 100 elite Israeli commandos, after landing near the airport in three Hercules transport planes. The operation took only 35 minutes, the commandos caught the hijackers by surprise and killed all seven, as well as 20 Ugandan soldiers. Three hostages were killed as well as one Israeli commando, all other hostages were taken to Israel. 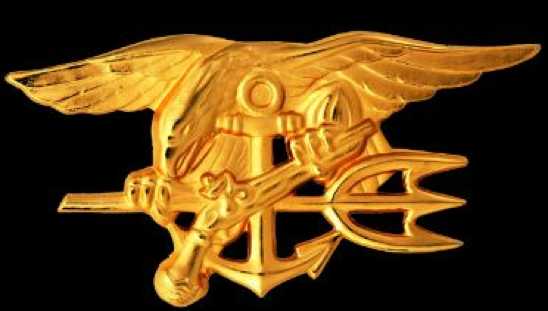 The attack on Osama Bin Laden’s safe house in Bilal town, Abbottbad, Pakistan, occurred at 1:00 a.m. when the walls were breached by around 20 Navy SEALS using explosives. An airborne unit of the US special operations command, known as the Night Stalkers, provided two modified Black Hawk Helicopters and two Chinooks as backups. The SEALS split into two groups, one group taking to the main house. This group found Bin Laden on the third floor, unarmed, and shot him twice, one hit the left side of his head, another hit his chest. After the raid, U.S. forces took bin Laden’s body to Afghanistan for identification, then buried it at sea within 24 hours of his death. There is currently some backlash as a result of the non involvement of the Pakistani intelligence (ISI) during the operation. 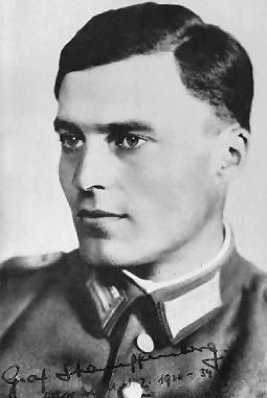 While not successful in its end goal (assassinating Adolf Hitler) it is the most famous (helped by the Tom Cruise film). The Attempt was made by Claus Von Stauffenberg and other anti-Nazi Germans. With the Normandy invasion many believed the end of the Nazi regime was forthcoming, and the plot was the culmination of the efforts of several groups in the German resistance to overthrow the Nazi regime. It was decided Claus would deliver the bomb, as he had close access to Hitler. The attempt was called off twice, because the conspirators wanted to kill other high ranking Nazi officials, also. Eventually, on the 20th July 1944, Colonel von Stauffenberg entered a conference room, moved up close to Hitler and placed the briefcase containing the bomb on the floor beside the German leader. A few minutes later, he left the room with the excuse of taking a phone call. It was later learned that after von Stauffenberg had placed the bomb and left the room, Colonel Heinz Brandt had found the briefcase in his way and moved it to the other side of a heavy table leg away from Hitler. When the bomb exploded, Hitler escaped with an injured hand and damaged eardrums.