The Arab Spring caught the entire world off guard. Suddenly, populations that had lived under dictatorships for decades were fighting for change. Protests rocked the streets, spun quickly into revolutions and led to the biggest shift in global politics since the fall of the Berlin Wall. And it’s still not over. Right now, all eyes are on Egypt, the crucible of the Arab Spring, and a hot-headed, angry country on the verge of democracy, collapse, or something else entirely. As the world waits to see which route it takes, here are the eight most shocking moments of their ongoing revolution—a glimpse of what these millions of protesters are fighting against. 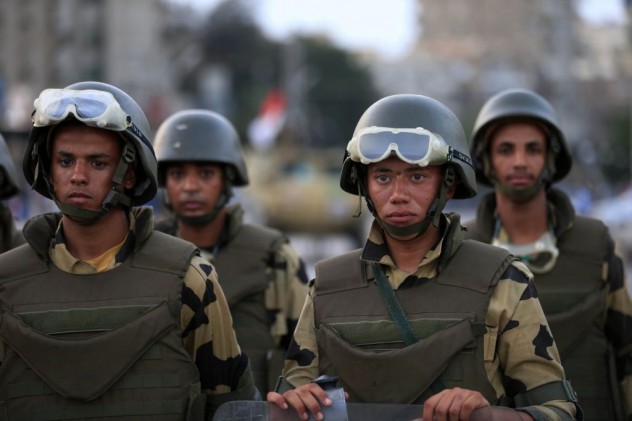 Less than three days ago, the Egyptian army issued an ultimatum: either then-president Mohamed Morsi change course, or they would take control. On Wednesday night, that’s exactly what happened. As crowds filled Tahrir Square in Cairo and violent clashes erupted across the city, General Abdel Fattah al-Sisi delivered a speech informing the world that Egypt’s first democratically elected leader had been deposed. In the aftermath, Morsi was taken into custody, 300 arrest warrants were issued for members of his Muslim Brotherhood party, and a transitional military government was installed.

Here’s where it gets tricky: no one is really sure what’s going to happen next. History shows that military coups often lead to regimes worse than anything that came before (see Chile, Pakistan, or Greece). But Egypt might be different. Currently, the army enjoys the approval of most of the nation. It’s one of the few Egyptian institutions with members from all walks of life, and it turned on Mubarak during the dying days of his dictatorship. Is this the beginning of a truly democratic Egypt, or a new fascist government? Right now, no one knows. 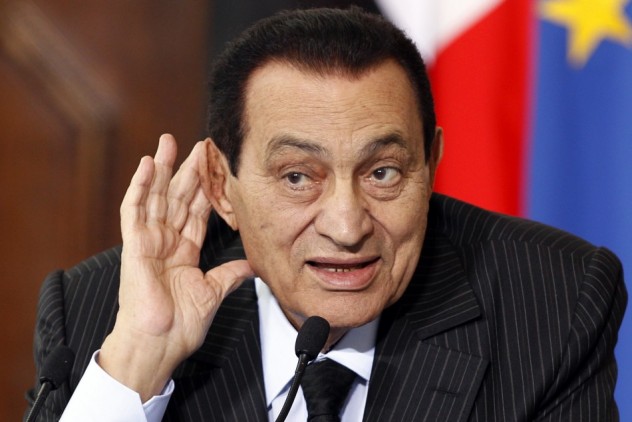 Egypt’s ex-dictator was one bad dude. Responsible for a level of torture, oppression, and state-sanctioned violence that would put any despot in the old Soviet bloc to shame, it was generally expected that he would be forced to stand trial once deposed. And he did, in what quickly became one of the most farcical trials in human history.

Despite the mountains of evidence suggesting Mubarak was responsible for thousands of deaths during his US-backed rule, the court eventually convicted him on a single charge: failing to stop the killing of protesters during the revolution. Read that again: not “ordering the killing of protestors,” not “being a bloodthirsty psychopath complicit in the torture of thousands.” No, just one half-assed charge that was left wide open to appeal. Understandably, the Egyptian people were furious—especially when members of his brutal security forces were acquitted and allowed to walk free. Eventually, the sentence was overturned and new charges brought, but with the country currently in free fall and Mubarak’s health failing, it seems unlikely that justice will ever really be done. 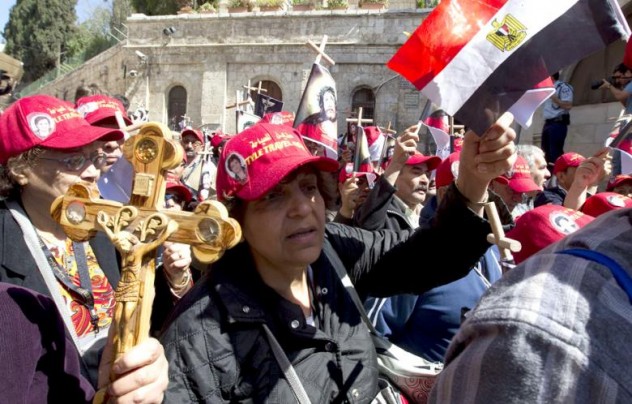 After millennia of peace between Egyptian Muslims and Christians, sectarian violence boiled over last year, resulting in a string of attacks, including a bloody siege at a Christian funeral. Shockingly, police officers stood by and did nothing as a mob of Muslim Brotherhood supporters surrounded the cathedral and proceeded to firebomb it, a scene so disturbing it belongs in fantasy rather than real life. Sadly, since the fall of Mubarak, atrocities against Coptic Christians have become almost commonplace. Take the Maspero Massacre. In 2011, a group of Copts went to protest the destruction of their church. For unknown reasons, the army responded to this peaceful protest by sending in armored vehicles, which crushed 27 protesters under their wheels. In short, it was an atrocity—committed by the same army the protesters are now cheering. 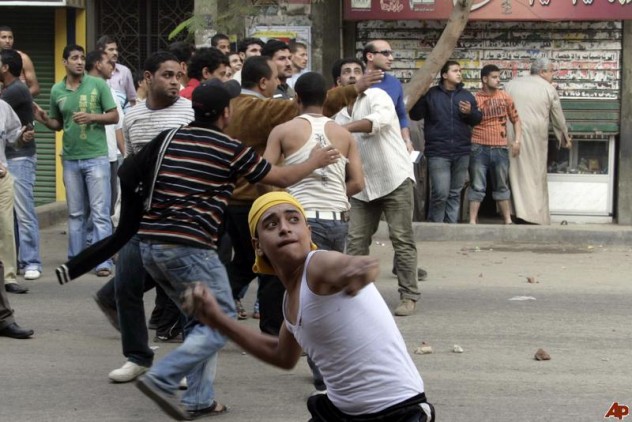 When a state fails, the rule of law tends to collapse, and that’s what we’re seeing in Egypt right now. Across the country, a wave of lynchings has swept through provinces as sectarian violence and hate speech reaches record highs. In the Nile Delta, a 16-year-old was dragged 500 yards to his death in response to an alleged shooting incident. In the Gharbiya province, two men were hanged from lampposts by a vigilante mob. In Cairo, supporters of the Muslim Brotherhood’s Sunni majority broke into the home of a Shiite cleric and slaughtered him and his guests, mutilating their bodies. Christians, atheists, Muslims—no one seems safe from the tide of violence dividing the nation. Unfortunately, the corrupt police have backed out of many areas, leaving “justice” in the hands of vigilante mobs. And when that happens, you can be sure no real justice will be done. 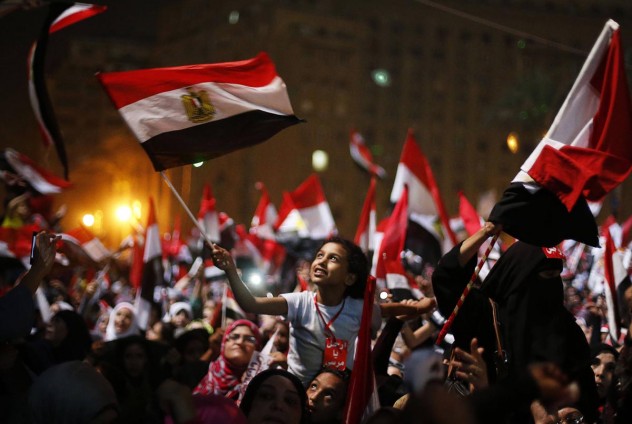 The thinking in the West has long been that Egypt is collapsing into a war between Muslims on one side and everyone else on the other side. And that sort of seems the case at times, but what’s interesting about the second phase of the revolution is how such a battle has failed to materialize. For instance, while the Muslim Brotherhood is receiving a righteous kicking, one of the groups doing that kicking is Al Nour, a hardcore Islamic party and Egypt’s second-biggest political force. The Brotherhood’s track record of violence-inducing hate speech toward Shiite Muslims is costing them a group of people we in the West might assume would be their natural allies. But so far Egypt is defying such generic divisions. The truth is that this revolution is either so broadly popular or such a total traffic jam that no one knows what uneasy or lasting alliances may yet be forged. 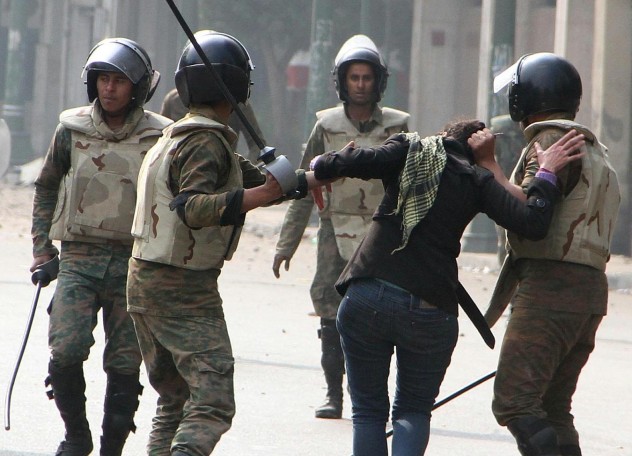 In April this year, a document was uncovered that threw a whole new light on the Egyptian military. Despite being regarded as heroes of the 2011 revolution, the document revealed that the army had been complicit in torture, targeted executions, and the disappearance of thousands of people. In the 18 days of the revolution alone, 1,000 people vanished, many of whom turned up later in Cairo morgues showing signs of severe torture. The worst part: Many of those who vanished were just regular people who happened to be caught up in horrific events—people like Ayman Issa, who went out to work one morning and was never seen again. Others were students, lawyers and members of the press, all of whom left behind families who no longer have any idea where they are.

But the military brutality didn’t stop with disappearances. Certain prisons were opened and their inmates released; only to be rounded up and killed in mass executions. Other prisoners were abandoned in cells without food or water for weeks, while yet others were massacred by panicked guards. All told, the army is thought to be responsible for around 1,200 murders over the course of the revolution. And, in case anyone has forgotten, those are the guys who are now in charge. 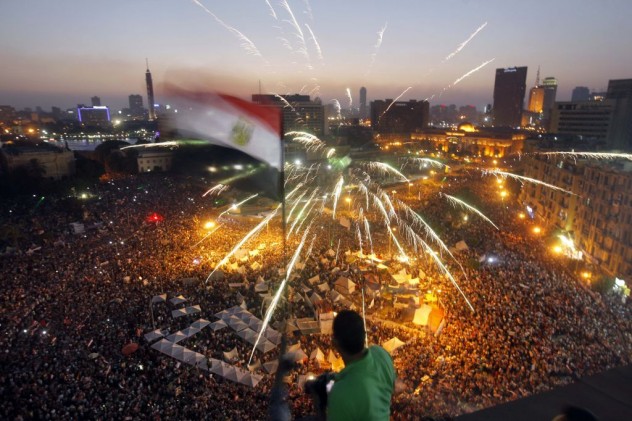 The current media narrative (what little there is) is that the Muslim Brotherhood are the villains, while the protesters crowded into Tahrir Square are the “good guys.” And most of them probably are—after all, they’re just regular people demanding change from a vicious, corrupt government. But what is rarely mentioned is the sheer level of brutality unfolding in Tahrir Square, especially where women are concerned.

According to Human Rights Watch, there have been over 91 rapes in a mere four days. These include assaults where women have been beaten with chains, stabbed repeatedly, and battered with clubs. Some of the attacks have gone on for nearly an hour, with no one intervening to help. The original 2011 uprising saw a CBS reporter repeatedly assaulted by a gang of over 200 scumbags, and just last week, a journalist was gang-raped. This isn’t just a handful of people using the revolution as cover—this is an endemic wave of misogynistic violence on a dumbfounding scale. As evidence of police, government, and military atrocities keep coming to light, it’s a depressing thought that some of the protesters kicking back against their rule are currently showing themselves to be no less psychopathic. 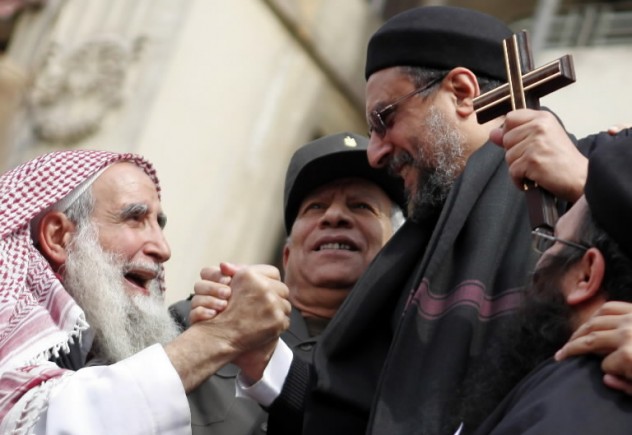 Amidst all this carnage, sectarian hatred, and vigilante violence, perhaps the most shocking thing of all has been the level of solidarity still shown by ordinary Egyptians. Back in 2011, Christian protesters formed a human shield around their Islamic neighbors, allowing them to pray even as the world burned around them. The same year, Muslims responded to the persecution of Coptic Christians by standing vigil outside their churches, ready to repel any extremists looking to divide them.

The bond between Copts, liberal Muslims, and secular Egyptians seems to be holding firm. Remember that violent attack on the Coptic cathedral I mentioned earlier? The following day, scores of Christians and Muslims joined together to stage a peaceful protest on the site of this violence. And therein lies a ray of hope for Egypt. Unlike many other post-revolutionary countries, Egypt has managed to hold onto a thread of solidarity, even in its darkest days. If anything can push this volatile nation away from collapse, dictatorship, or civil war and toward a functioning, representative democracy it’s this powerful streak. Is there hope for Egypt? It’s impossible to say, but the fight isn’t over yet.