History is littered with rebels, and because there are so many examples, I’ve specifically chosen rebels with a low social standing. People with low social origins have more reason to become rebels than members of the upper class, but the rebels that originate from the upper class have a better chance at becoming leaders. That’s why certain famous people are missing from this list, including William I, Prince of Orange, Simon Bolivar, Rani Lakshmibai or José Gabriel Condorcanqui. Besides the issue of social standing, I have also chosen to focus on rebels with a military background. That’s why there are no political leaders from the French or Russian Revolutions on this list. 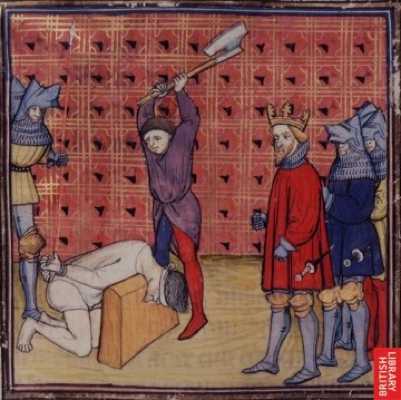 Guillaume Cale was most likely a peasant from Mello, a town north of Paris. Rebellion began in the spring of 1358, when an army of approximately 5,000 men took control in the region of Beauvais, and killed hundreds of nobles. The army, under Cale’s command, having taken over much of the region, stayed on the hills near Mello and awaited the arrival of the king’s army, led by Charles II, King of Navarre. On June 10, 1358, promising safe passage, Charles of Navarre offered Cale a chance to discuss treaty terms in his camp, an opportunity Cale accepted. He left his lines, having prepared an efficient defense and entered the noble forces, from which he never emerged. Cale was dragged in irons to Clermont where, following brutal torture, he was beheaded in the town square, along with the remnants of his army. (Some accounts offer that he was tortured to death by being crowned with a red-hot crown.) 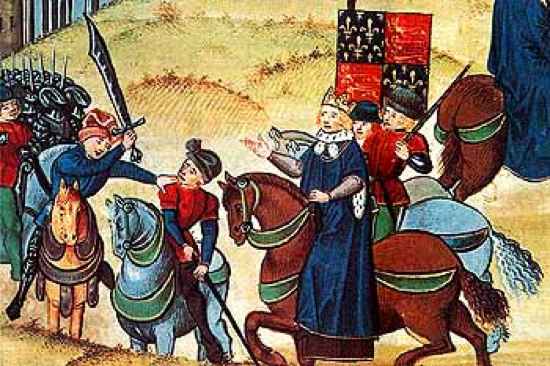 Wat Tyler may have been a tiler from Kent or Essex County. The reason for rebellion, at the time, was the attempt to enforce the poll tax. King Richard II was only 14 years old at the time. The first protest happened on May 30, 1351, and in June of 1351, the rebel army, under the leadership of Wat Tyler, marched to London. On June 14, 1381, during a delegation negotiated with King Richard II, the rebels stormed the tower and killed there, among others, the Lord Chancellor and Archbishop of Canterbury, Simon of Sudbury, and Lord Treasurer Robert de Hales. On June 15, 1381, before the next round of negotiations began, Wat Tyler was killed by the Lord Major of London, William Walworth. King Richard II promised to meet the rebels’ demands, but broke his word. His only concession was that the term “poll tax” was no longer used. 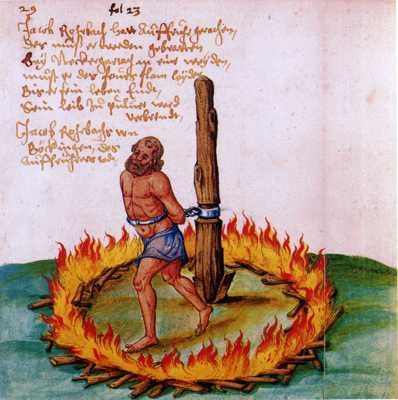 Jakob Rohrbach was a war leader for the peasant population. He was born in the village of Bockingen, near Heilbronn in Germany. He was a serf under the rule of feudalism, but he achieved respect and prosperity, despite the fact that he was constantly in conflict with his lord. When the 1525 Peasants’ War broke out, he became a commander of one of the detachments. At its largest, his detachment included over 8000 men. He was captured during the battle and burned alive. Unfortunately, little information about him exists in English. 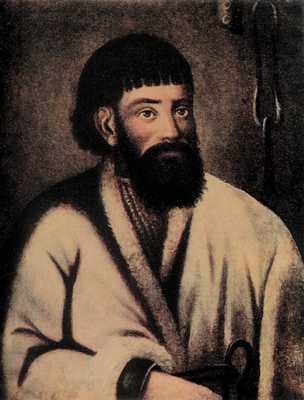 Yemelyan Pugachev was a Cossack from the Don River; he was also from the same village as Stepan Razin (below). At 20 years of age, he left his home and went to the Ural River. Rebellion began in 1773, when Pugachev claimed to be Peter III, the murdered husband of Catherine II. The rebellion covered an area as big as France. At its largest, the rebel army was about 100,000 men. Pugachev was captured by his own Cossacks, transported to Moscow in a metal cage and publicly executed. In the affected areas, the rebels were executed until only about a third of the population remained. 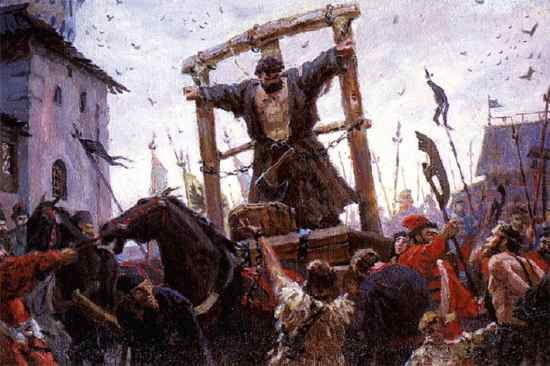 Stepan Razin was a Cossack leader who led a major uprising against the nobility and Tsar’s bureaucracy in South Russia. Cossacks were landowners bound to the military, who were often in opposition to central state power. In 1670, Razin, while ostensibly on his way to report himself at the Cossack headquarters on the Don, openly rebelled against the government, captured Cherkassk, and Tsaritsyn. After capturing Tsaritsyn, Razin sailed up the Volga with his army of almost 7000 men. The men traveled toward Cherny Yar, a government stronghold between Tsaritsyn and Astrakhan. Razin and his men swiftly took Cherny Yar when the Cherny Yar streltsy rose up against their officers and joined the Cossack cause in June 1670. After massacring all who opposed him (including two Princes Prozorovsky) and giving the rich bazaars of the city over to pillage, he converted Astrakhan into a Cossack republic. In 1671, he and his brother Frol Razin were captured at Kaganlyk, his last fortress, and carried to Moscow, where, after tortures, Stepan was quartered alive in the Red Square at the Lobnoye Mesto. 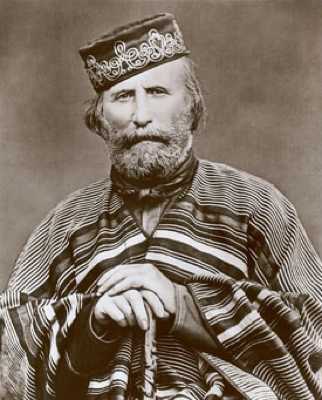 Giuseppe Garibaldi was born to a merchant family, and initially became a ship’s captain. In 1834, he participated in a failed insurrection inspired by Giuseppe Mazzini, and went into exile in South America. He participated in some rebel actions in Brasilia before becoming the commander of the Uruguayan fleet in an action against the former president of Uruguay. In 1848, he participated in military action during a revolution in Italy and, with a detachment of men, defended Rome against French troops. After the revolution was put down in 1850, he went to the U.S.A. and then to other countries in America and the Pacific. When his brother died, in 1859, he returned to Italy. On the eleventh of May, 1860, he and 1000 volunteers landed in Sicily. After some fighting, they conquered the isle with the help of the British Navy. In continental Italy his army grew to 25,000 men. He was captured in battle, imprisoned and later released. He participated in some further military campaigns, was elected to parliament, advocated the emancipation of women, and died as a very respectable man.

Interesting fact: In 1861, Garibaldi offered his services to President Lincoln during the American Civil War, with the condition that a declaration of abolition of slavery be made, but Lincoln refused. 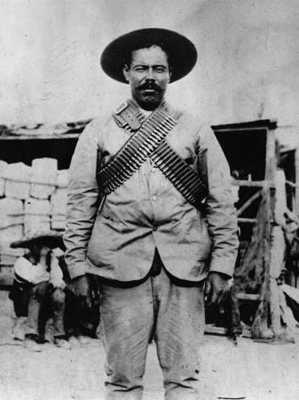 Doroteo Arango, later known as Pancho Villa, was born as the oldest son in a poor peasant family. When he was 16, he shot Lopez Negre, one of the owners or administrators of the hacienda, because Lopez tried to rape Doroteo’s sister. Doroteo fled and became a part of a group of bandits. As the Mexican revolution began in 1910, he commanded a large cavalry. He cooperated with General Huerta but soon got into a conflict with him. He was sentenced to execution, but President Madero changed his sentence to imprisonment, from which Villa later escaped. After Huerta was defeated, Doroteo became governor of one of the Mexican states. Later he got into a conflict with the U.S. and attacked some areas in New Mexico and Texas. He was assassinated while visiting a bank in the town of Parral to get gold to pay his staff. It has never been completely proven who was responsible for the assassination. 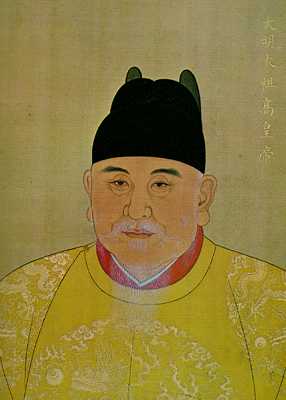 Probably the most successful rebel in this list was a Chinese soldier; Zhu Yuanzhang was born in a poor village as the oldest of seven children. His family died in a flood when he was 16. For some time he lived as a wandering beggar and personally experienced the hardships many commoners lived through. Between 20 and 24 he lived in a monastery, where he learned to read and write. The monastery was destroyed in 1352, when local troops rebelled against the Mongol Yuan Dynasty. He joined the rebel troops and, by 1357, the army, which was by then under his command, conquered Nanjing, the capital. He became the emperor under the name Hongwu (though he was better known under his temple name, Taizu). He established the Ming Dynasty, which is considered to be one of the pinnacles of Chinese culture. 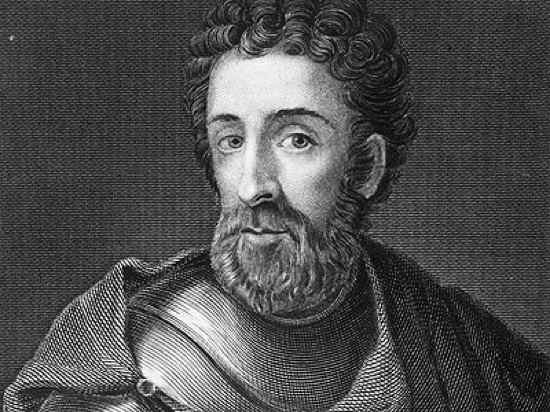 William Wallace was of minor noble heritage. He found himself in conflict with the English because of personal reasons, but instead of becoming an outlaw, he became a rebel. Wallace’s position was not in accordance with Scottish high noblesse, which recognized Edward I, King of England, as an arbiter in a succession dispute.
Wallace personally killed William de Heselrig, the sheriff of Lanark, and open rebellion began in 1297. Troops under Wallace’s command won two large battles, even while outnumbered. He was captured through betrayal, transported to London and executed by being hung, drawn and quartered. 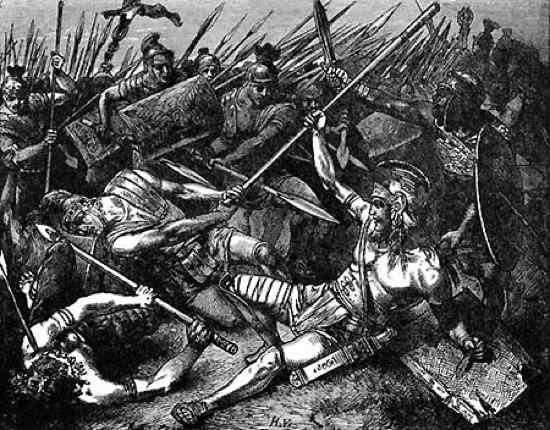 Spartacus (c. 109 BC – 71 BC) was the most notable leader of the slaves in the Third Servile War, a major slave uprising against the Roman Republic. Little is known about Spartacus beyond the events of the war, and surviving historical accounts are sometimes contradictory and may not always be reliable. Spartacus was trained at the gladiatorial school (ludus) near Capua, belonging to Lentulus Batiatus. In 73 BC, Spartacus was among a group of gladiators plotting an escape. The plot was betrayed, but about 70 men seized kitchen implements, fought their way free from the school, and seized several wagons of gladiatorial weapons and armor. The escaped slaves defeated a small force sent after them, plundered the region surrounding Capua, recruited many other slaves into their ranks, and eventually retired to a more defensible position on Mount Vesuvius. Once free, the escaped gladiators chose Spartacus and two Gaul slaves — Crixus and Oenomaus — as their leaders. The group went on to fight many successful expeditions. After two years of fighting in the Third Servile War, Spartacus turned his forces around and brought his entire strength to bear on the legions in a last stand, in which the slaves were routed completely, with the vast majority of them being killed on the battlefield. The eventual fate of Spartacus himself is unknown, as his body was never found, but he is accounted by historians to have perished in battle along with his men. 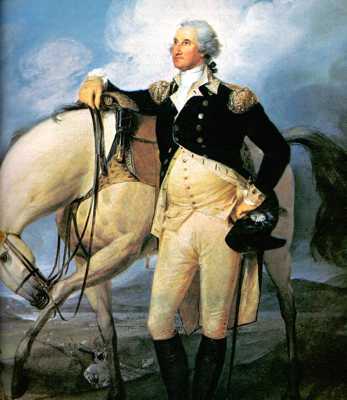 Washington was born in a middle-class family of slave-owning tobacco farmers. When he was 21, he became a district adjutant with the rank of major in the Virginia militia. During his first military experience, he got into conflict with French colonial troops. He was a delegate of the Continental Congress, and in 1775 was appointed major general and commander in chief of the Continental Army. He had no serious competition. The rest is history.