We may love the protagonists of our favorite novels, but without an antagonist to struggle against, those novels would be very dull. Lots has been written about the roles played by women in literature, and this list celebrates female villains. Some we hate and some we love to hate. Here are ten of the best worst women of literature. 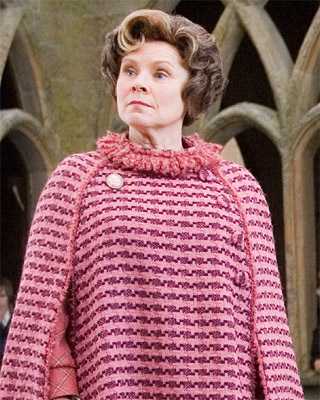 Where better to start a list of villainesses than with an out and out hateful hag? While the best villains are often nuanced and open to interpretation, Professor Umbridge from the Harry Potter series is the simpering face of the banal villainess. In our daily lives we hardly ever meet the grand villain, but we have all faced a Dolores at some point. She is the classic vicious bureaucrat who takes vindictive pleasure in a strict enforcement of the rules, especially rules she has helped create. Umbridge is made worse because she is not allied to the main antagonist; she serves only her own perverted world view. Examples of her cruelty are her willingness to use illegal curses to torture children, and making Harry Potter write lines in his own blood. She gets her comeuppance when dragged away by a herd of centaurs, but her downfall is not permanent. Umbridge is scary because she will always prosper in bureaucracies and others of her type will too. 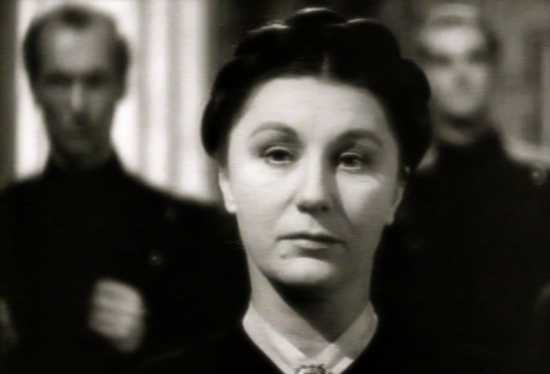 Daphne du Maurier created a terrifying villainess in the house keeper Mrs Danvers. In the novel Rebecca, when Mr de Winter returns with a new wife she finds the old house keeper remains faithful to the previous Mrs de Winter. Mrs Danvers, described in physical terms more fitting for a corpse than a person, seems to haunt the house. The housekeeper plays tricks on the new Mrs de Winter to embarrass her, and at one point tries to talk her into jumping from a window. We never learn Mrs Danvers first name, nor why she remains so devoted to the dead Mrs de Winter. Her perverted love for the dead woman leads her to burn the house down. Danvers is an example of the villainess as psychological horror. She is consumed in the fire she sets to destroy the new marriage of the de Winters. 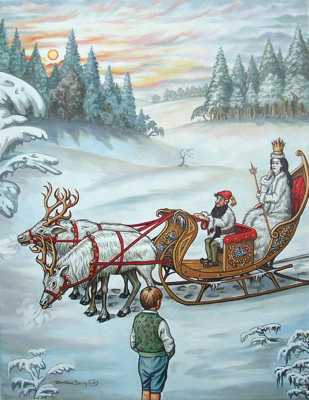 Only a truly evil power would make it always winter but never Christmas. Over the course of the Narnia books we find out much about the White Witch, whose real name is Jadis. Once she fought her sister in a civil war for a throne, but, finding she was losing, spoke the ‘Deplorable word.’ This piece of magic killed all the people of her home world. Finding ruling a dead world tedious she enchanted herself to sleep until someone awoke her. Once woken she flees to Narnia, and conquering it causes her endless winter. Jadis rules Narnia with an iron grip. When she feels a prophecy which threatens her rule is being fulfilled, she will stop at nothing to stop its fruition. She is a temptress and turns brother against brother by playing to base desires. It takes the Narnian messiah, Aslan, to destroy the white witch. Why Aslan did not step in to stop the genocide in her original world is left an open question for Narnian theologians. 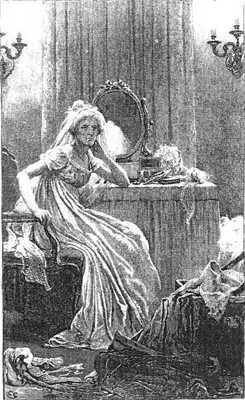 Miss Havisham from Dickens’ Great Expectations is a warning of the terrible power of love. She has entered the public imagination and is one of the greatest of Dickens’ creations. Miss Havisham was a rich young lady, jilted on her wedding day by a faithless lover, with the connivance of her half-brother. This heart-break and public humiliation make her hide from the world. She stops the clocks in her grand house and never sees the sun again. The story told in the novel takes place decades later, and finds Miss Havisham still in her wedding dress but raising an adopted daughter, the beautiful Estella. This young girl has been trained to be cold and cruel, to be Miss Havisham’s revenge on all men by breaking their hearts, as Havisham’s own was once broken. In the end, Miss Havisham realizes she can never revenge herself on the people who did her wrong and she is simply increasing the sum of human misery. She begs forgiveness from Pip, the protagonist who Estella has hurt, but her tattered wedding dress catches fire and she dies from her burns. We are left wondering who Miss Havisham’s real victim was. 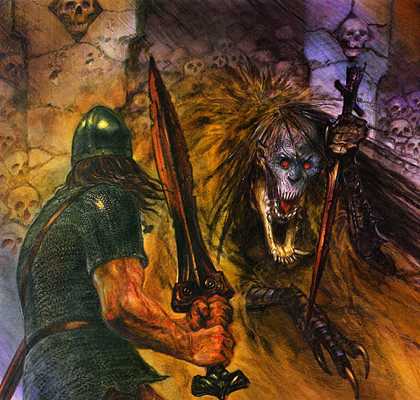 Many people who have not read Beowulf think the villain of the epic is the monster Grendel, however there are several antagonists. Once Grendel has been slain, his mother attacks the heroes in his place. Including Grendel’s mother as a villain is somewhat controversial; her role in the epic is hotly debated by scholars. We all understand that her wrath is born from the loss of her son, but is her revenge justified or simply a continuation of her son’s brutality? Whatever her cause, she has carried on the feud between the monsters and the men, and Beowulf sets out to slay her. After battling water monsters and swimming to her home at the bottom of a lake, he finds her. Grendel’s mother puts up a good fight and Beowulf struggles to kill her. At the time the poem was composed, a female warrior – as a breach of the natural order – would have been seen as truly monstrous. 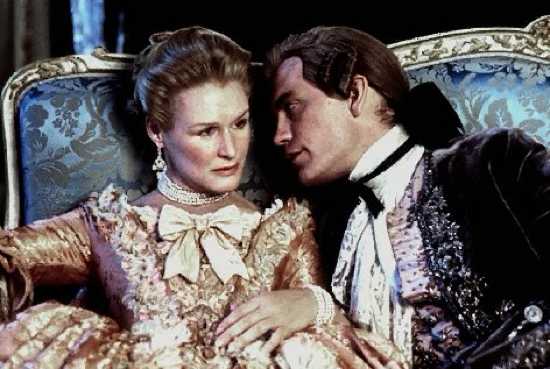 Les Liaisons Dangereuses scandalized France when it was published, in 1782. The novel is told in a series of letters between two nobles; the Vicomte de Valmont and the Marquise de Merteuil. These two take pleasure in seducing others and corrupting them, but Merteuil we feel is the true villain. She has created a position and reputation for herself which she uses to ensnare men. The novel is set in motion when Merteuil is rejected by her latest lover. By the end of the novel, Merteuil has had her revenge but used several innocent people to get it. Valmont dies in a duel engineered by Merteuil, and for a moment it seems she has swept the board of all rivals. However, the dying Valmont reveals Merteuil’s true character and her reputation is destroyed. Fleeing the scandal she succumbs to a smallpox infection that robs her of the beauty she used to inflict so much pain. 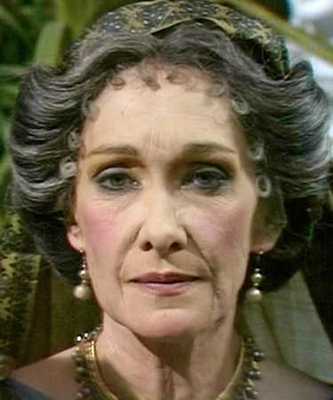 I should make it clear that this entry refers to the fictional Livia of Robert Graves’ I, Claudius and not the historical Livia Drusilla. In the book, Livia, wife of the Emperor Augustus, is the scheming power behind the throne in ancient Rome. Every move Livia makes is to ensure that her son Tiberius will become Emperor after Augustus, and that the republic will never be restored. To do this there is no one she will not stoop to destroy, if they stand in her way. Livia has her step daughter, Julia, banished and all of Julia’s sons killed. She is the archetypal wicked step-mother. Livia has spies everywhere and can kill by proxy anywhere in the Roman world. Why has she done all this? So that one day she will be made a Goddess and enjoy a pleasant afterlife. What is terrifying about Livia is that she does make the Empire function efficiently, and it is only after her death that the system breaks down. Is her cold ruthlessness necessary for all good leaders? Whatever the answer, Livia is taken up to heaven as the Goddess Augusta. 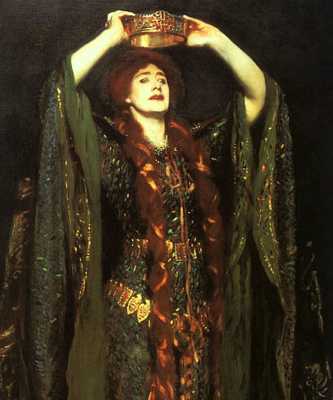 Lady Macbeth is the villainess of ambition. When Macbeth falters in his willingness to kill King Duncan, it is Lady Macbeth who pushes him to it by questioning his manhood. She calls out to be unsexed that she may do the act and says she would kill her own baby if she had sworn to do it like him. It is Lady Macbeth’s overpowering ambition which drives the plot. Once the treason is committed, however, Lady Macbeth is diminished. She has infected her husband with her ambition and now he has become cruel and disappointed with his crown. Lady Macbeth is destroyed by her ambition as it drives her mad, the blood staining her hands cannot be washed off and the stench of death clings to her. Her ultimate reward is death, probably by suicide, and the words of the husband she created. “She should have died hereafter.” 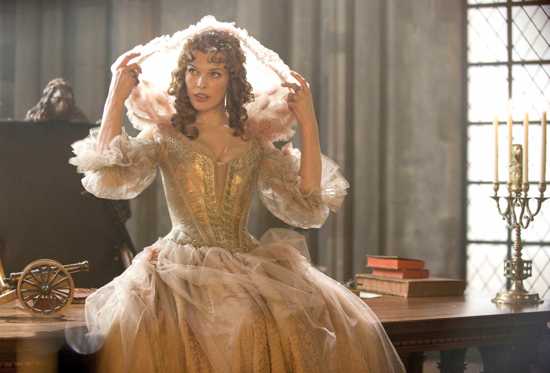 Lady de Winter, also simply called Milady, is the most visible antagonist in The Three Musketeers. She is clever, beautiful and cunning. The cause of her villainy is love gone wrong. As a youth she loved a priest and together they planned to flee. Caught with stolen property, she was physically branded with the fleur-de-lis to show her crime forever. Later, after marrying her, Athos discovers the mark and takes her for a gold-digger. In a rage he hangs her, but she survives the ordeal. Turning her back on love, which has cost her dearly, she uses her talents to spy for Cardinal Richelieu. Over the course of the novel she shows herself to be self-created by adopting a number of identities. Milady is not afraid to kill to further her ends and never repents of her actions. Her death by beheading is brutal and follows a trial by her enemies. However, could the musketeers trust any court not to be charmed by Milady? 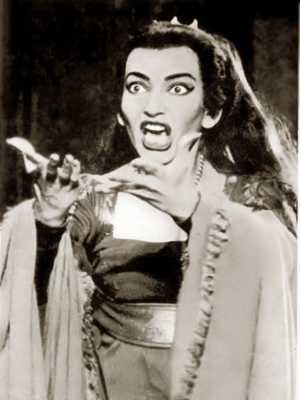 I will focus on the character of Medea as shown in Euripides’ play. Medea is a princess of Colchis and aids Jason in his hunt for the Golden Fleece. In that adventure she shows herself to be a powerful witch, and ruthless to boot. When the ship she and Jason are escaping on is pursued by her father, Medea chops her own brother up and tosses the pieces overboard so that her father will stop the hunt to pick up his butchered son. Jason and Medea marry and have children. When Euripides’ play starts, Medea has just been abandoned by Jason so that he may marry another woman to become King of Corinth. Medea is – to say the least – displeased. The tragedy concerns the attempts of people to dissuade her from her revenge and failing. As a foreigner in Greece, Medea feels completely alone, so she takes punishment into her own hands. She sends poisoned robes to Jason’s new bride and both the princess and her father, Creon, are killed. Since Medea cannot hurt Jason directly she murders her own children so she can taunt him with their bodies. While most villains end their narrative defeated, Medea ends the play triumphantly riding off on a chariot pulled by dragons. To paraphrase J.K Rowling, whose Umbridge starts this list: Medea may be evil, but you cannot deny she has style.