Philosophy is no more or less than the search for wisdom. It deals with all manner of problems which everyone faces in their lives, and by thought and logic attempts to solve them. Since we live in a terrifically complex universe lots of philosophy is itself, very complex. Modern academic philosophy can be almost impenetrable to an outsider, and anything not couched in the terms of the academic philosopher is considered simple musing. However, philosophy has thankfully provided lots of short, pithy philosophical statements to ponder. Here are ten of the best one-liners drawn from Western philosophy. 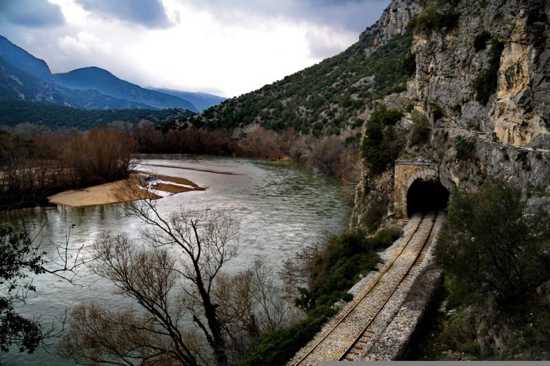 You cannot step in the same river twice.

Heraclitus of Ephesus, also known as the Weeping Philosopher and Heraclitus the Obscure, has left us only a few philosophical sentences. Due to this lack of original writing, Heraclitus’ philosophy remains hard to characterize. His belief seems to have been that the universe is in a constant state of flux, as this famous quote indicates. By the time that you attempt to step into the river a second time, the waters of the river will have moved on and so, the river will not be the same one you stepped into the first time. The sentence also has a second meaning; you cannot step into the same river again because you are no longer the same as the person who took the first step. The question of how identity is preserved over time is one which still animates philosophers today. 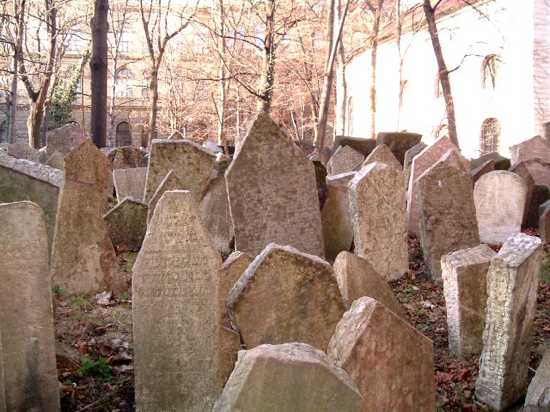 Death need not concern us because when we exist death does not, and when death exists we do not.

Epicurus and Epicureanism, has suffered for many years from a misapprehension about what his philosophy teaches. Epicureanism is a hedonistic philosophy in that it teaches that pleasure is to be sought, but only to the extent that pleasure is the freedom from pain and fear. Epicurus also taught on the gods and death. Epicurus is famous today for his questions regarding the problem of evil existing if there are gods and for this statement about death. Because death, being dead rather than dying, involves no pain, for Epicurus the state of death is a good thing (or at least not to be feared). Epicurus is well beloved of atheists and humanists today because of his rational outlook. In the Roman period, tombs of Epicureans would have this carved on their tombs- I was not. I was. I am not. I do not care. 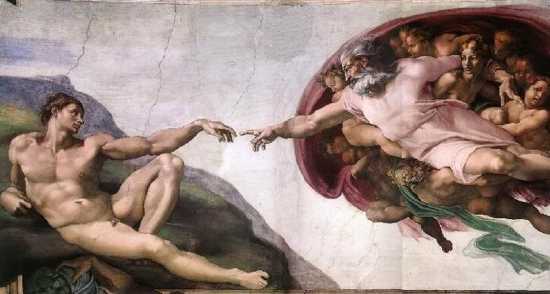 Poor Friedrich Nietzsche has suffered from misconceptions quite as much as Epicurus. After his death, Nietzsche’s sister took control of his writings and edited them to fit in with Nazi ideology. This association with the Nazis – which was no fault of his own – has harmed his reputation ever since. This three word aphorism is perhaps Nietzsche’s most famous. It should not be taken to mean that God is literally dead, for Nietzsche does not believe God ever existed. As with many short sentences, this one can bear many contradicting interpretations. Nietzsche suggests that it is the inability of humans to live up to a moral code which has destroyed God, but it is equally possible to see it as a statement that God has no place in the modern world. 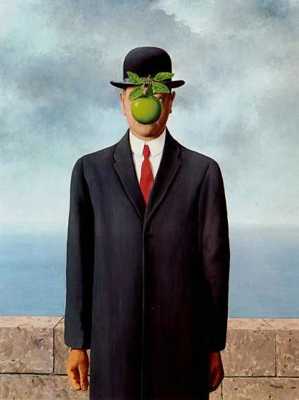 Man is the measure of all things.

This is the most famous saying of Protagoras, though it is in fact, only the first portion of his statement. The full line runs ‘Man is the measure of all things; of things that are that they are, and of things that are not that they are not.’ Protagoras’ relativism is one of the most extreme ever argued. This means that truth is relative and for each individual truth is different. This can be true with things like temperature – you might find the evening chilly, but for me it is warm. However, we can all agree on the absolute temperature in degrees. Protagoras would disagree and would say that all of our knowledge is sense based and therefore unique to each individual. The problem with relativism is that it makes philosophical discussion impossible; what you think you say and what I hear might be completely different, if we are unable to agree on objective truth. 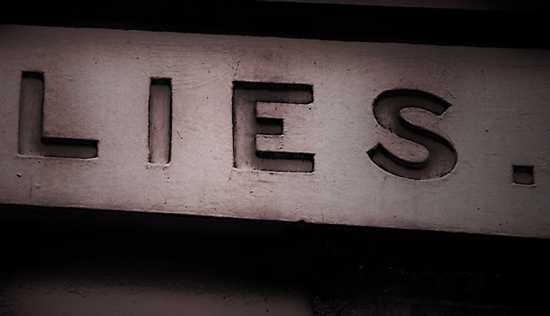 A categorical imperative would be one which represented an action as objectively necessary in itself, without reference to any other purpose. 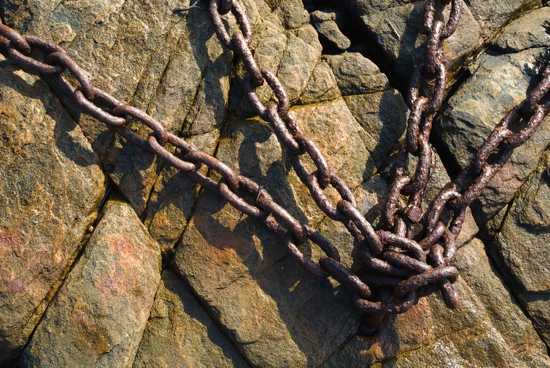 Man is born free and is everywhere in chains.

The concept of the social contract did not originate with Rousseau, but he was the great popularizer of the concept so neatly summed up in this aphorism. Hobbes thought that in the state of nature, man’s life was one of terrible beastliness (nasty, brutish and short). The social contract is the giving up of these natural freedoms by an individual to better accomplish his goals by working within society. Since man is born free, the chains we wear are ones we choose to wear. It is for the individual to decide which freedoms are worth giving up. 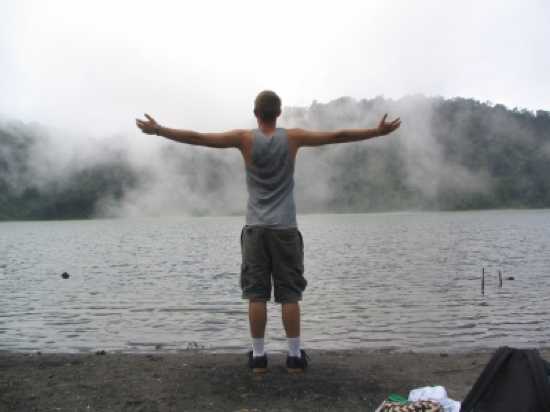 The unexamined life is not worth living.

For me this statement of Socrates’, as told by Plato, is sufficient to explain the necessity of studying philosophy. Everyone is pitched into the world blindly and makes do as best they can with the things they are given. For many, this muddling through is hard enough, and examining their motives and the rightness of their actions is just an added, and superfluous, difficulty. However, if we do not examine our lives and use the wisdom we gain from it to plan the future, we are no better than animals following instinct to survive. To take control of your life you must engage your mind. This is not to say that everyone must become a new Socrates, or study academic philosophy, but to paraphrase Voltaire ‘we must all cultivate our own wisdom.’ 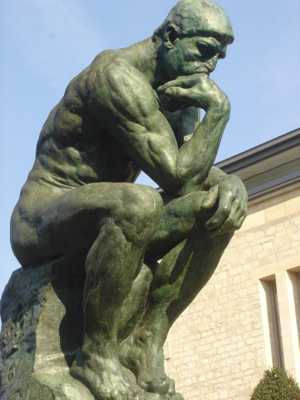 I think therefore I am.

Je pense donc je suis. Cogito ergo sum. These are the words which Descartes used to slay total nihilism. Nihilism is the philosophical denial of existence, either of anything at all or more specific portions of existence. Everyone, at some point in their philosophical musings, wonders whether anything at all exists. Descartes was clever enough to see that pondering, doubting, existence was sufficient to prove that at least one thing exists; the thinker. This has given philosophy something to build on as we can now be certain that one thing exists. There have been criticisms of Descartes argument as a tautology (I think therefore I am) but the basic principle stands as a buttress against the void of nihilism.

The writer Milan Kundera has joked “‘I think, therefore I am’ is the statement of an intellectual who underrates toothaches.” 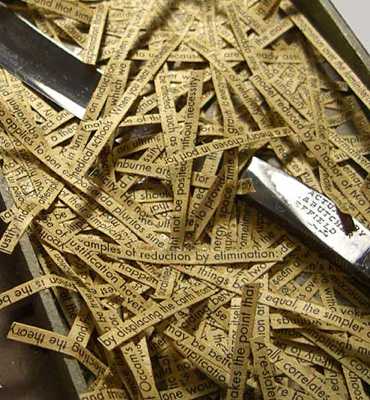 Entities should not be multiplied unnecessarily.

William of Ockham was a noted English logician of the 14th century. Ockham’s razor is often quoted simply as ‘the simplest explanation is usually the right one.’ This is a gross simplification of a powerful logical tool. A better stating of it would be something like ‘All things being equal, the simplest explanation is more often correct.’ We live in a complex world where the answer to any question is often very complex. All things being equal, with no more evidence for one solution than another, we should not posit the existence of an agent we do not need to explain a phenomenon. When thinking about a subject, we should use the simplest reasoning possible unless the evidence compels us to include an extra agency.

There has been a recent innovation in the world of philosophy which claims to put Ockham’s razor to rest. Scientists are notoriously sniffy of philosophy, and so Mike Alder has created an improvement of Ockham’s razor – Newton’s Flaming Laser Sword. Simply put, this new philosophical tool states ‘That which cannot be settled by experiment is not worth debating.’ The Flaming Laser Sword certainly simplifies things; one thinks Ockham may have approved of it. 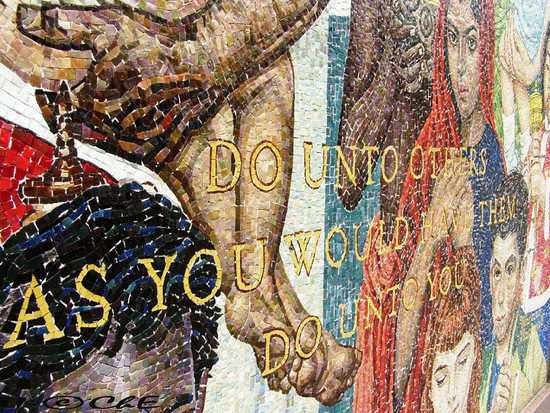 Do unto others as you would have them do unto you.

This is called the Golden Rule of ethics and has been stated by many people in many places at many times, and so no one religion or philosophy can lay claim to it. This maxim deserves the top spot on any philosophical one-liner list because it so neatly sums up a system of ethics by which many people live their lives. The statement is a challenge as well as an instruction – we must try to empathize with others to understand how we ourselves would wish to be treated if in the other person’s place. There may be exceptions to the rule and it may not be sufficient to a complete moral doctrine, but as a simple rule for daily life it is hard to think of something which would so improve everyone’s lives if put universally into effect. 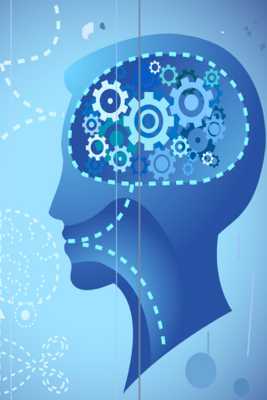 There is nothing so absurd but some philosopher has said it.

I know philosophy leaves some people cold, so here is a quote from Cicero. Cicero translated Greek philosophy for a Latin audience so he surely knew what he was talking about. I hope this list has gone someway to showing that not all philosophy is bunk, however.