We like to think of art as the creative flowering of a single genius. Each artist must find the medium that best expresses them and fashion it into their own by force of will. In reality, though, art is not performed in a vacuum (until space art becomes a thing). Any number of factors can shape the art world. Here are 10 of the stranger ones. 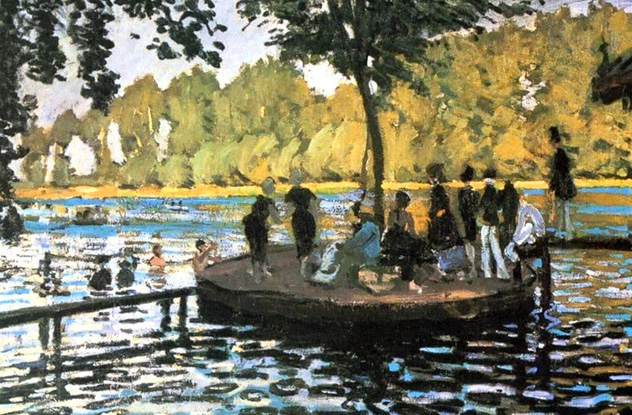 Claude Monet was the father of Impressionism. The whole movement was named after the display of his painting “Impression, Sunrise.” Impressionists valued and emphasized light and motion in their works. This can appear as a blurred style on the canvas. Is it possible that the whole movement, this blurriness, was influenced by Monet needing eye surgery?

When he was 85, he underwent surgery to have cataracts removed. How much earlier had his vision been diminished by them? By studying his famous water lily series of paintings scientists found that over time, as his cataracts worsened, the vibrant colors of the garden became muddied 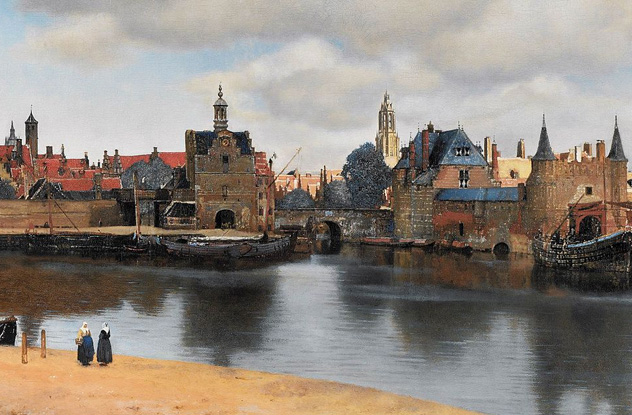 For over a century, it has been argued that Vermeer used some sort of device with lenses to create his works. There is no historical evidence, but some art historians have come to believe that he used a camera obscura to project an image onto his canvas. Certain distortions in his paintings are consistent with those a lens would produce.

In 2013 a film called Tim’s Vermeer was released in which an inventor used a camera obscura to paint his own Vermeer with startling success, though he had never painted before. Artist David Hockney is convinced that Vermeer used this tool, though others in the art world remain skeptical. 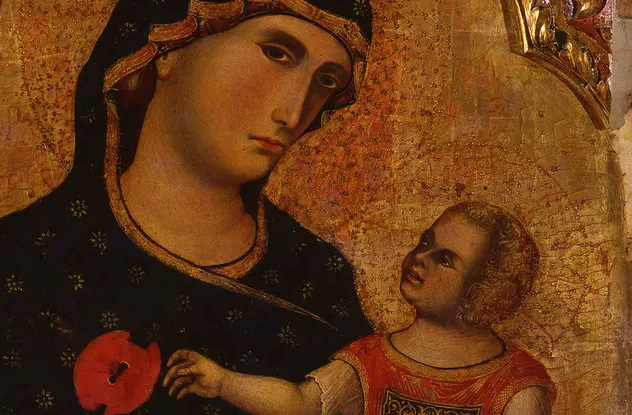 In medieval paintings, religious subjects dominate, and none more so than the child Christ. Yet many babies in medieval art have faces only the Holy Mother could love. Why make art like this?

The theology of the Middle Ages may explain this. Jesus was supposed to have been born “perfectly formed and unchanged.” This version of the baby Jesus is described a homunculus, Latin for “little man.” This style of baby painting died out in the Renaissance when people wanted paintings of their own children and would have baulked at having their offspring painted as grim, old men. 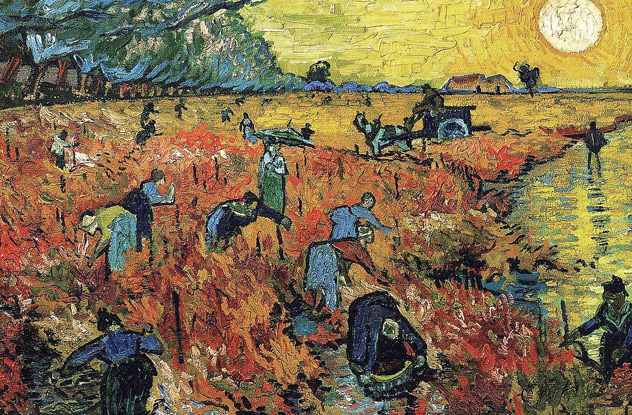 Few painters are as well loved as Vincent van Gogh. The lively vividness of his palette makes it seem absurd to suggest he was color blind. Kazunori Asada, however, has studied van Gogh’s works and concluded that the artist lacked the ability to distinguish reds.

By filtering light, Asada is able to reveal how van Gogh’s paintings would have looked to him, and how they look to others with a similar sight deficiency. Not everyone is convinced by this theory, but it still raises interesting questions about the creation of art. 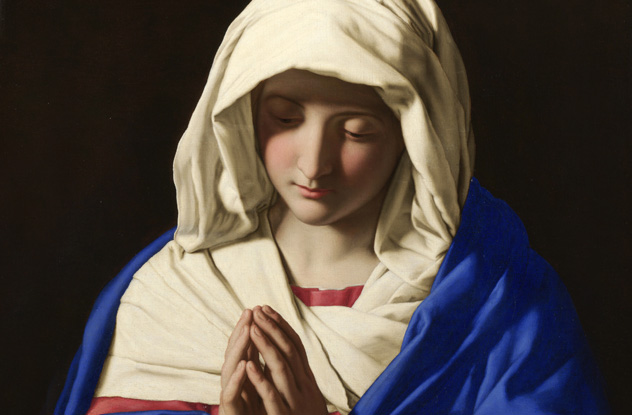 We have already seen how theology can alter art, but economics can also play a role. In Renaissance paintings of the Virgin Mary, she is almost always shown wearing a blue cloak. What is behind this stylistic choice? There is after all no scriptural evidence for Mary having a fondness for blue.

The answer lies in the difficult trade routes to Afghanistan. The medieval painter had few bright blue pigments at their disposal. This deficiency was made up when Lapis Lazuli, a blue mineral, began to reach Europe. Carting rocks from the mountains of Asia made Lapis and the pigment made from it, ultramarine (meaning “From across the sea”) hugely expensive. Only the most important commissions could afford to use it, and most of these were religious in subject. The largest patch of color in a painting of the Virgin and Child would be Mary’s cloak. That is where the artist would wish to lavish all their money. And that is how Mary got her blue cloak. 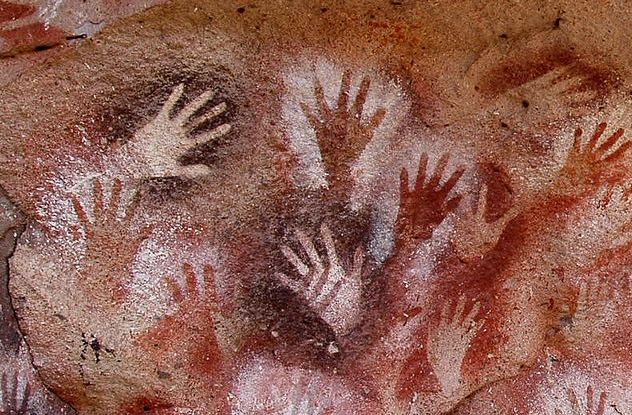 We are so used to handedness deciding which hand we hold our pens in that it seems almost impossible to imagine pre-historic man as being left- or right-handed. How would we know?

Among the most common motifs in ancient cave is that of the hand. Instead of painting a hand, the ancient artist would hold their hand up to the wall and blow pigment over it through a tube, leaving an outline. Imagine doing that. Which hand would you hold up to the wall and in which would you hold the tube? Most people would hold the tube in their dominant hand. By studying the proportions of left hands to right hands on cave walls, we can work out how many people were left- and right-handed in the past.

4Egyptians Only Had Profiles 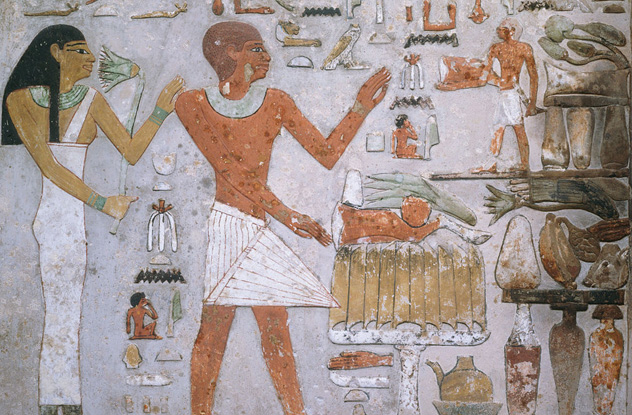 Egyptian art is so familiar in its use of profiles that we might imagine that the Egyptians never looked each other full in the face. Their free-standing statues show that Egyptians were fully capable of depicting the human form in the round, so why only show themselves in profile in paintings and carvings?

Egyptian art was not meant to be realistic in the way we expect art to be. Their paintings and carvings were supposed to capture the essence, the recognizable aspects of an object or person. This is why shoulders are shown full-on, but the arms, legs, and face side on. Think how this might relate to Egyptian hieroglyphs which are meant to be recognized as stylized objects. 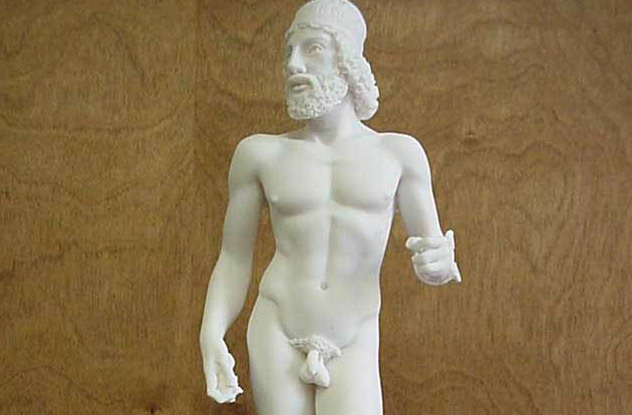 Classic Greek statues showed the human form in an idealized way. Each proportion of the body followed a mathematical harmony. To show this ideal body in all its perfection. most of the statues were in the nude. This allows those with the time and inclination to study every detail of this ideal.

Dr. Chris McManus studied the asymmetry in the testicles of ancient Greek statues. In humans, men have one testicle lower than the other and one larger than the other. In most cases, the higher is the right, and it is also the larger of the two. In Greek statues. he found that while the right was shown higher. it was the left which was larger, as if its size was dragging it down. Dr. McManus believes there is a symbolic reason for this. The ancients believed that one testicle produced male children and one female. By showing one as larger than the other, the artist may be suggesting their manly prowess in producing sons. 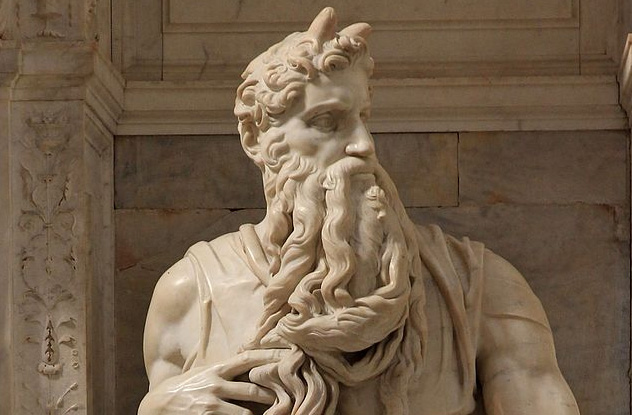 The Vulgate Bible is the Latin text used to this day by the Catholic Church. All translation runs the risk of a blunder, but one made in this case has led to some rather unorthodox images of Moses.

In Chapter 33 of Exodus, the Vulgate says, “And when Moses came down from the Mount Sinai, he held the two tables of the testimony, and he knew not that his face was horned from the conversation of the Lord. And Aaron and the children of Israel seeing the face of Moses horned, were afraid to come near.” This is why Michelangelo’s statue of Moses has very prominent horns on his head. Many argue, and the Septuagint and King James Bible agree, that what the writer of Exodus meant was that Moses came down from the mountain with a radiant face.

The Hebrew text is complex, and there are those who argue still that the Vulgate got it right. 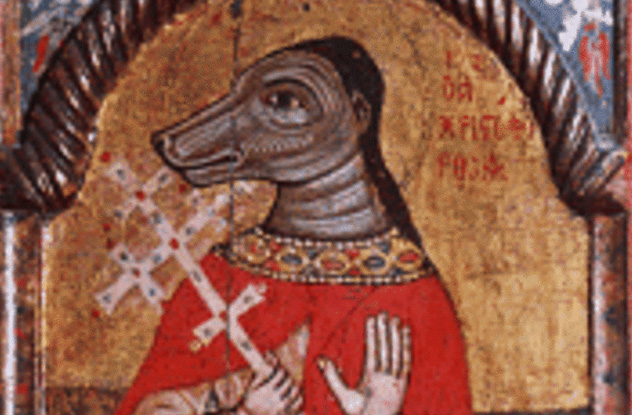 Whatever else can be said of religious art, it is usually respectful of the subject. In Eastern Orthodox Christian iconography of St. Christopher, you might notice something odd. He is cynocephalus. He has the head of a dog.

The most plausible cause for dog-headedness is another mistranslation. St. Christopher is described as Cananeus (a Canaanite). It is possible someone misread this as Canineus (canine). It might seem like a leap from that to giving a saint the head of an Irish Setter, but to the ancients, the ideas of half-human races living on the edges of the world was common. A traveler looking at the animal heads of Egyptian deities should perhaps not be too hard of the imagination of the icon painters.