For many years, the public didn’t know where The Simpsons lived. Yeah, we knew the setting was Springfield. But in which state?

Not only was the Springfield mystery location used for a number of jokes over the years, the show’s writers constantly flirted with the city’s exact location through conflicting descriptions, obscured map locations, and interrupted dialogue. In 2012, this mystery was mostly resolved when the show’s creator revealed that Springfield was based on a town in Oregon.

Other shows have created similar mystery locations. From a creator’s perspective, there are some practical advantages to never revealing where a story takes place. For example, an anonymous location helps to create a feeling that the story could take place almost anywhere. Shows are also able to avoid drawing too much fanfare or attention to a specific city or suburb. 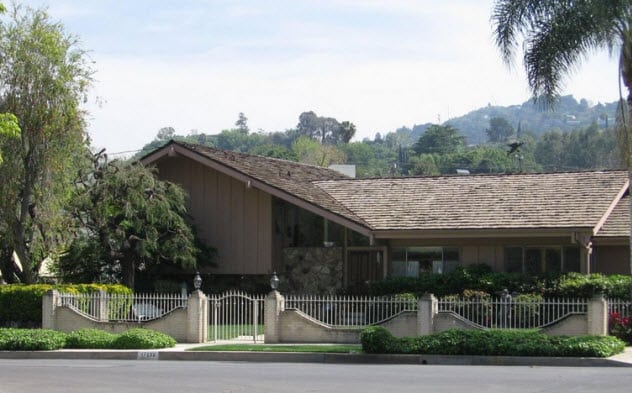 Built in the late 1950s by architect Luther Carson, the house located at 11222 Dilling Street soon became known as the residence of the Brady family. After scouting homes for exterior shots, series creator Sherwood Schwartz chose the house because it was perfect and looked like something an architect would live in. To make it look like the home could fit the parents, the six Brady children, and Alice, the crew added false windows to the residence to provide the illusion of a second story.

On the series, however, the house’s address was given as 4222 Clinton Way without a city or state ever mentioned during the show’s run. Given the program’s reference to the Los Angeles Dodgers, the Los Angeles Rams, Hollywood movie studios, and the family’s trips to Hawaii and the Grand Canyon, the Bradys most likely lived in Southern California and, more specifically, Los Angeles.

In the 1990s, an answer to the show’s location was provided when The Brady Bunch Movie and A Very Brady Sequel specifically mentioned that the family lived in Los Angeles.[1]

9 Malcolm In The Middle 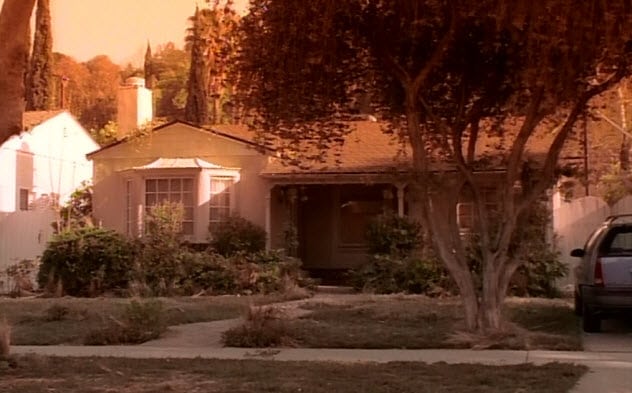 The exterior shots of most television programs, such as Malcolm in the Middle, are often in the area surrounding Los Angeles, but that does not mean the series was set there. The Malcolm exterior was shot at 12334 Cantura Street in Studio City. Many of the other frequently shown locations, including the school and Lucky Aide, were located in North Hollywood.

However, the specific setting of Malcolm in the Middle was not revealed during the show’s seven-season run. Various clues suggest that the show was set in southern Texas, more particularly in the area surrounding San Antonio.[2]

For example: Francis attends a military school in Alabama. Malcolm goes to Harvard, which is 3,200 kilometers (2,000 mi) from his home. Oklahoma license plates occasionally appear in some episodes. Finally, the lack of snow suggests that the show is set in southern Texas, more particularly in the area surrounding San Antonio.

8 The Adventures Of Pete And Pete 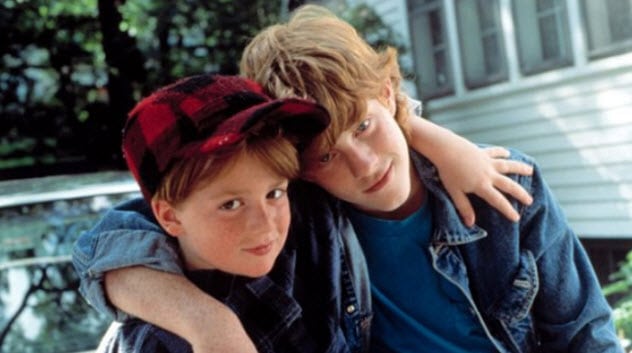 In an effort to save money, some television shows are shot outside of Los Angeles and New York City. The Adventures of Pete and Pete, one of the best-remembered shows from the early 1990s era of Nickelodeon, was filmed primarily in South Orange, New Jersey, with some location shots in the New Jersey cities of Wayne and Bayonne.

The show, however, occurs in the mythical city of Wellsville. In real life, there are Wellsvilles located in Kansas, New York, Ohio, and Pennsylvania, but the show never explicitly mentions being set in any of these states.

Much like Springfield in The Simpsons, it’s highly likely that the show’s creators were trying to purposefully keep the location a mystery through the use of contradictory details.[3]

Some of the information that is revealed about Wellsville throughout The Adventures of Pete and Pete: You can ride a lawnmower from the city to the Canadian border in less than four hours, the town is 800 kilometers (500 mi) from the Hoover Dam, bears are native to the area, it is hot in the summer and snowy in the winter, and the state’s nickname is “The Sideburn State.” 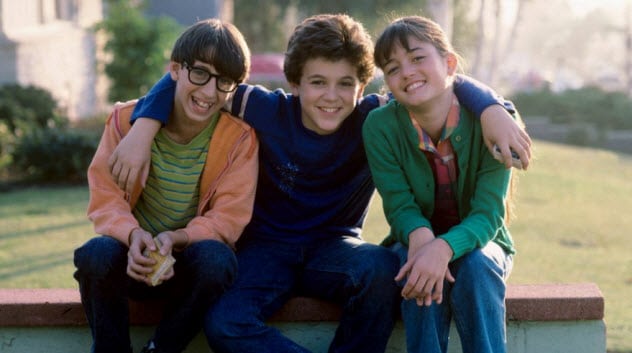 The Wonder Years was intended to take place in the creator’s home of Long Island. However, the studio decided to keep the program’s location generic. While the name of the city where The Wonder Years occurs was never mentioned during the show’s run, the house where the Arnolds lived is located in real life on a quiet residential street in Burbank, California. At the time, a tree disease had recently wiped out most of the foliage in the area, making it look like a new neighborhood.[4]

While most of the settings depicted in the series (including some specific locations) are in Southern California, other elements in The Wonder Years—like the family’s car trip to Ocean City—would set the show on the East Coast. As a result, the world of the program takes place in a contradictory and confusing location which combines elements of both the East and West sides of the United States. 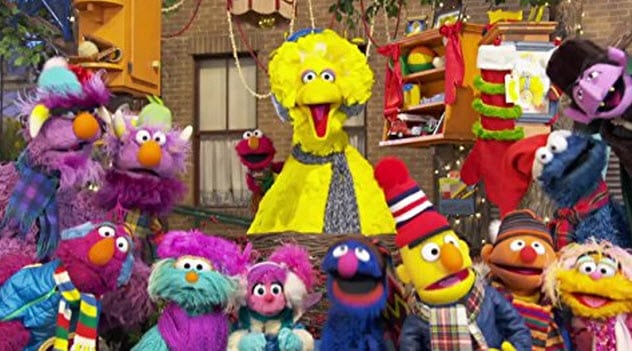 Even the filming locations of Sesame Street are complicated. From 1969 to 1992, the show was shot at Reeves Teletape Studio at 81st Street and Broadway. Then the series was filmed at several different locations in New York City. Since 1993, Sesame Street has been shot at Kaufman Astoria Studios in the Queens section of New York.[5]

It’s always been suspected that Sesame Street is set in New York City, but the show’s location (123 Sesame Street) has been hotly debated. The program’s art director, Victor DiNapoli, has stated that the show is intended to be set on the Upper West Side.

However, the show’s creator stated that Sesame Street was originally supposed to be called 123 Avenue B, which is named after a location in the Alphabet City section of New York. If a person visits the Sesame Street website and follows the directions to Sesame Street, he would end up in the Astoria part of Queens. 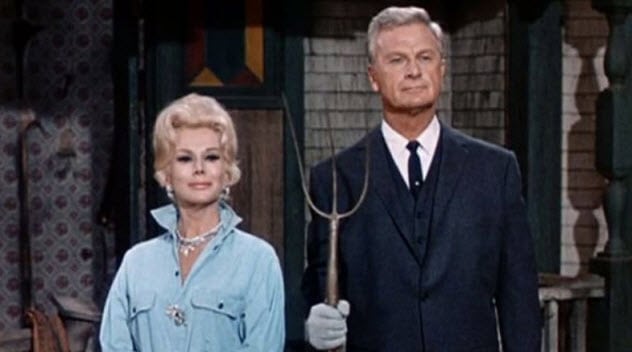 After the success of The Beverly Hillbillies and Petticoat Junction, CBS created Green Acres. The farms depicted in the opening credit sequence of Green Acres were filmed in the Thousand Oaks part of California. Interestingly, this shooting location, which was rural at the time of filming, is now full of condominiums and strip malls.[6]

Green Acres was set in Hooterville, which is in the “Kangaroo State.” The show’s writers did not hesitate to change details about Hooterville or add contradictory information. For example, in some episodes of Green Acres, Hooterville is so remote that the only way to get there is by parachute. In other episodes, the city is shown to be connected to a railroad and an airport.

4 My Name Is Earl 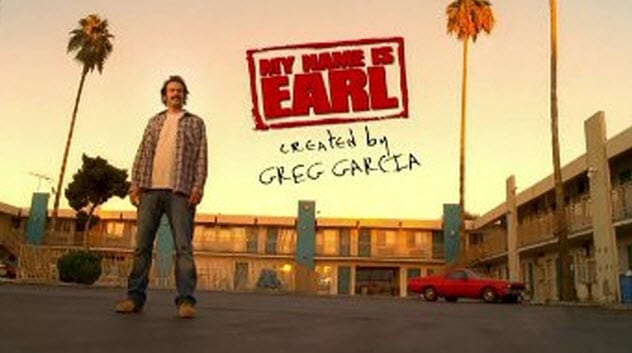 The universe of My Name Is Earl looks like it was set in the South, but the trailer parks in the show were actually just props in Los Angeles. Other parts of the program were filmed in San Fernando Valley, North Hills, Van Nuys, and Santa Clarita.

My Name Is Earl is set in the fictional county of Camden, but it is never revealed where that county is located. While there are actual Camden Counties in New Jersey, Missouri, Georgia, and North Carolina, the show never says if it’s set in any of them.[7]

Series creator Greg Garcia has even stated that My Name Is Earl “doesn’t technically take place anywhere.” Other comments by Garcia have revealed that Camden County is based on his hometown of Pimmit Hills, Virginia.

There are some contradictory details about a Virginia location, though. For example, the pilot episode shows Earl and Joy driving from Camden County to Las Vegas in a night. In the “Inside Probe (Part 1)” episode, it’s mentioned that Camden County is located in the Central Time Zone.

3 The Dukes Of Hazzard 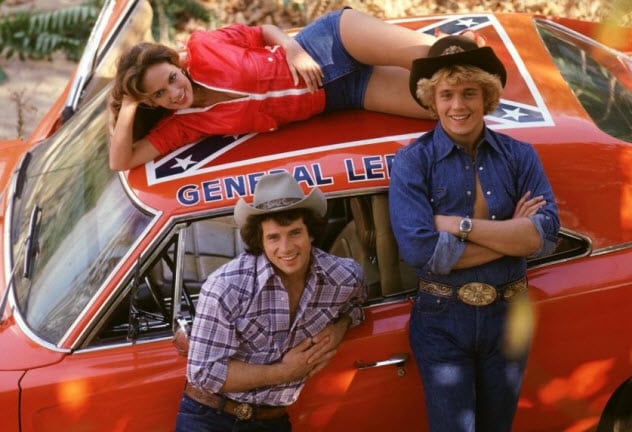 Some series do a bit of on-location shooting to convince viewers that the show is actually filmed there, but the bulk of the shooting is then done at soundstages in Los Angeles or New York City. The first five episodes of The Dukes of Hazzard were shot in Covington, Georgia, where a museum was located for many years. The rest of the show was shot in the area surrounding Los Angeles.

The universe of The Dukes of Hazzard is set in the fictional Hazzard County. Although it was first filmed among iconic buildings in Covington, the series quickly created a world that couldn’t exist. It depicted a large number of mountains, which are rare in the area surrounding Covington.[8]

Between the fifth and sixth episodes of the show, Hazzard County’s plant life also stopped resembling that of Georgia. Instead, it looked like the flora of the West Coast. Despite its surreal location, the show’s creators wrote a history for Hazzard County that went back to the 1800s when the area was called “Sleepy City” and was run by the Hogg dynasty. 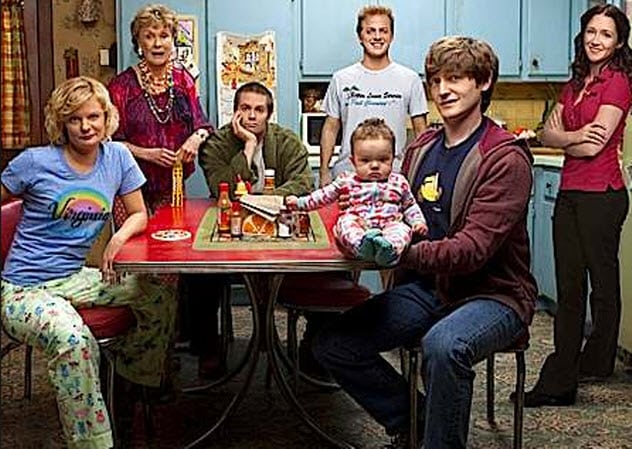 Remembered by many people as having been canceled too early, Raising Hope ended after its fourth season. The program was filmed in the area surrounding the San Fernando Valley, and the Chance family home is located in real life on a street in Van Nuys, California.

However, the series took place in the fictional town of Natesville without any mention of the state where Raising Hope occurred. Many of the details about the show came from its pilot episode. It revealed that the town was within driving distance of Las Vegas and that execution by electric chair was legal.[9]

Considering that the only two states that fit these criteria are Oklahoma and Arkansas, Natesville would have likely been in one of them. Interestingly, this show was also by Greg Garcia, the creator of My Name Is Earl. 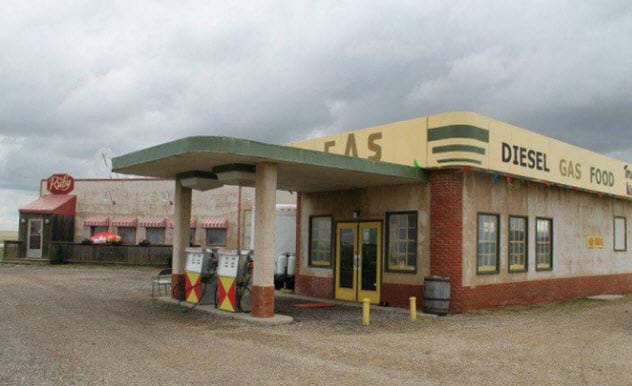 The premiere episode of Corner Gas Animated drew 360,300 viewers, which made the program the most watched Canadian TV show of all time. Meanwhile, the live-action version of Corner Gas also had a record number of Canadian viewers. The show’s gas station set was constructed in Rouleau, Saskatchewan, and was dismantled in 2016.

The program’s universe was set in the fictional town of Dog River (pop. 500). It was only a short drive to “The City” with the fictional rival town of Wullerton also close by.[10] While many of the locales from the show are actual buildings in Rouleau, the titular gas station was always just a set. As a result, the series exists in a mysterious location that is likely close to either Saskatoon or Regina in Saskatchewan.