Ask any American who their nation’s greatest traitor throughout history was and they will blurt out, “Benedict Arnold!” Arnold fought for the colonists until he betrayed them and switched sides to fight for the British in the American Revolutionary War. So his name has become synonymous with treason in American culture. Others have committed similar acts of villainy throughout history all over the world. 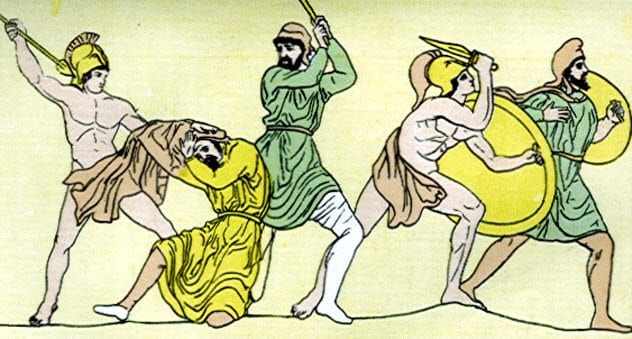 The Battle of Marathon was a pivotal engagement between the combined Greek and Persian forces during the first Persian invasion of Greece. Hippias, an Athenian, conspired to work with the Persians to lead them ashore at Marathon.

For his crimes of treason, a bounty was placed on his head as well as the heads of his sons, all of whom were charged with treason. Hippias was so loathed by the people of Athens well into the following century that his name became synonymous with “treachery, fundamentally aimed at the destruction of the state.”

The Battle of Marathon was a pivotal moment in Greek history as it was the first successful engagement with the Persians. Had the Greeks lost at Marathon, the nation would likely have fallen to Persia, which makes Marathon one of the most significant battles in European history. If ever a traitor could be found, it would be Alcibiades. He was a statesman in Athens who initially supported his native city in the Peloponnesian War, which was fought between Athens and Sparta. His political enemies charged him with sacrilege, which forced him to defect to Sparta. There, he assumed another position of military and political adviser, this time against Athens.

His work in Sparta was significant in the ultimate defeat of Athens. But he also gained enemies there and defected once again, this time to Persia. He served Persia as an adviser until he was recalled to Athens to once again serve in a strategic position as an Athenian general.

Alcibiades initiated the Sicilian Expedition, which was one of the most disastrous expeditions ever launched. It resulted in the slaughter or capture of everyone involved. Though Alcibiades was a valuable asset to whichever side he was assisting, his treacherous tactics and proclivity to switch sides ultimately led to his assassination. 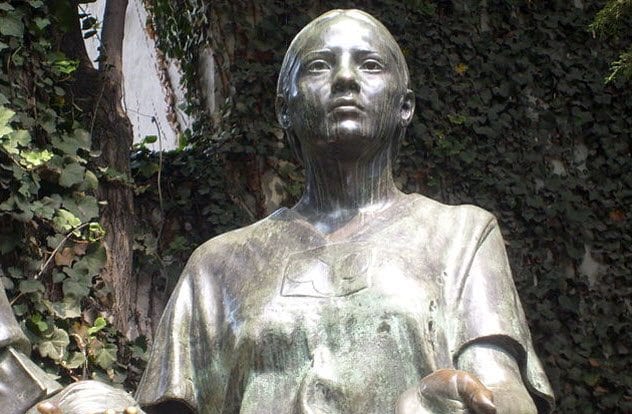 La Malinche (aka Dona Marina) was a former slave of the Mexican Gulf Coast who was gifted to Hernan Cortes in 1519. As one of his slaves, she worked as an interpreter and adviser before becoming his lover and finally the mother to his first son, Martin.

Due to her close relationship with Cortes, she is closely associated with the fall of the Aztec Empire alongside her lover. In one account of her treachery, she conspired to destroy the Spanish alongside the natives of Cholula only to double-cross them to Cortes, who slaughtered them.

A derivation of her name, Malinchista, has become synonymous in Mexican culture with treason, specifically as a person who is disloyal to his or her native land. 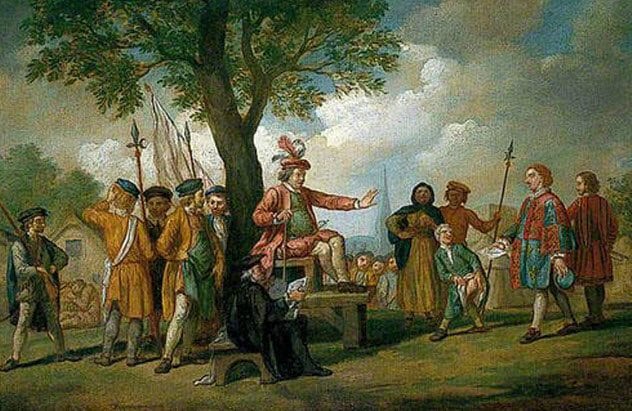 On July 8, 1549, a group of rebels destroyed a number of fences belonging to wealthy landowners in response to land enclosure. The rebels targeted Robert Kett, who not only didn’t resist the rebels but joined and offered to lead them in what became known as Kett’s Rebellion.

Taking up command of the small group of rebels, he soon amassed an army of 16,000 and camped to the northeast of Norwich. The rebels stormed the city on July 29 and successfully took it, which initiated an army led by the Marquess of Northampton to address the uprising.

In late August, the rebels were defeated and Kett was captured. He was imprisoned in the Tower of London, found guilty of high treason, and hanged from the walls of the Norwich Castle in December of that year. 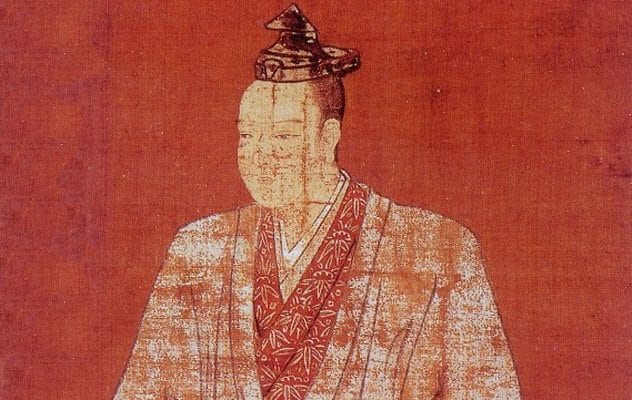 Akechi Jubei Minamoto-no-Mitsuhide was a samurai and general under daimyo Oda Nobunaga during the Sengoku period of Feudal Japan. Mitsuhide is most famously known for his betrayal of Nobunaga, which led to Nobunaga’s death at Honnoji in 1582.

The treason was personal due to several public insults inflicted against Mitsuhide by his commanding officer. In 1582, Mitsuhide was ordered to attack the Mori clan. But instead, he formed an army of 13,000 soldiers and attacked Nobunaga’s position at Honnoji. Mitsuhide’s men surrounded and burned the temple in which Nobunaga was garrisoned, resulting in his death. William Maxwell was a Catholic nobleman who took part in the Jacobite Rising of 1715. This was an attempt on the throne of England to return the rights of sovereignty to the House of Stuart under the exiled Kings James II and VII.

Maxwell proclaimed his allegiance to the Jacobites in 1715 and joined their attack at Hexham. He was captured at Preston, found guilty of treason, and sentenced to death.

While awaiting his condemnation in the Tower of London, his wife, Lady Winifred Herbert, was granted access to see him. In a daring escape, Maxwell dressed in the clothes of his wife’s maid and escaped with her to Rome, where he remained until his death. Martin Francisco Javier Mina y Larrea was a Spanish attorney and later general who fought valiantly against the French during the Napoleonic Wars. His first act of treason against the Spanish Crown came in the form of a failed coup after Ferdinand VII effectively abolished the democratic government of Spain.

Mina fled to France, then England, and finally set sail for the Americas in 1816. He arrived in Mexico where he started the resistance war during the Mexican War of Independence.

He proclaimed that his actions were against the tyranny of King Ferdinand and not against the Spanish Empire itself. Mina was finally caught, found guilty of treason, and executed by firing squad in 1817. He is remembered as a leading figure in Mexico’s fight for independence from Spain. In 1942, Karel Curda parachuted into Nazi-occupied Czechoslovakia (The Protectorate of Bohemia and Moravia) alongside other members of an elite sabotage team of the Czech Army to assassinate Reinhard Heydrich in Prague. Following the successful assassination, Curda informed on his comrades and handed them over to the Nazis for a reward of 1 million reichsmarks.

The assassination triggered reprisals by the Nazis, leading to hundreds of deaths of civilians and the destruction of several villages. Curda continued to be a Nazi collaborator and Gestapo informant throughout the war. Under his new identity, Karl Jerhot, he married a German woman. Curda was captured in 1947, tried, and executed for treason. The infamous Julius and Ethel Rosenberg were both found guilty and executed for the crime of espionage due to their direct involvement in the supply of information about the US nuclear arms program to the Soviet Union. The Rosenbergs were the last and only people convicted of espionage to be put to death in the United States and the only civilians so condemned throughout the entirety of the Cold War.

It has been theorized that the Soviet Union would not have progressed as quickly as they did with their own nuclear armament program if the Rosenbergs had not supplied them with US intelligence. This might have reduced or even ended the Cold War long before its ultimate conclusion in 1991. He eventually went on to found his own group, Mouvement Franciste, with the financial assistance of Benito Mussolini. When France fell to the Nazis, Bucard’s party became an active collaborator with the occupation government.

He was charged with treason for his actions during the war. Siding with the Nazis, he informed on the French Resistance and argued to join forces with the Waffen SS following the D-day landings in June 1944. Bucard was blamed for the deaths of numerous Soviet, French, and Allied combatants and was executed by firing squad in 1946. It’s easy to forget that one of America’s greatest heroes was a traitor to the British Crown. George Washington was branded a traitor for his actions during the Revolutionary War as were his contemporaries for signing the Declaration of Independence.

For the British, Washington had fought valiantly against the French in the Seven Years’ War. But he cast aside his allegiance to the king to form a more perfect union. Like other revolutionaries on this list, Washington was a hero to some but a traitor to others.